Racers For Christ was founded in 1971 by Arnie Krueger.  He had a vision to start a Christ centered fellowship for motorsports enthusiasts in Southern California.  The ministry began to grow and was eventually incorporated in 1978.

In 1984 Ken Owen was elected as the new president of RFC.  Ken was instrumental in establishing a strong RFC presence within the National Hot Rod Association (NHRA).  When Ken retired at the end of 2004, Larry Smiley was promoted from South Central Region Director to President of RFC.  Larry and his wife Linda also served as the NHRA National Event Series Chaplains.  When Larry retired at the end of 2017, he was then succeeded by Eddie Baugher. Eddie and his wife Kelly are also serving as the NHRA series chaplains. 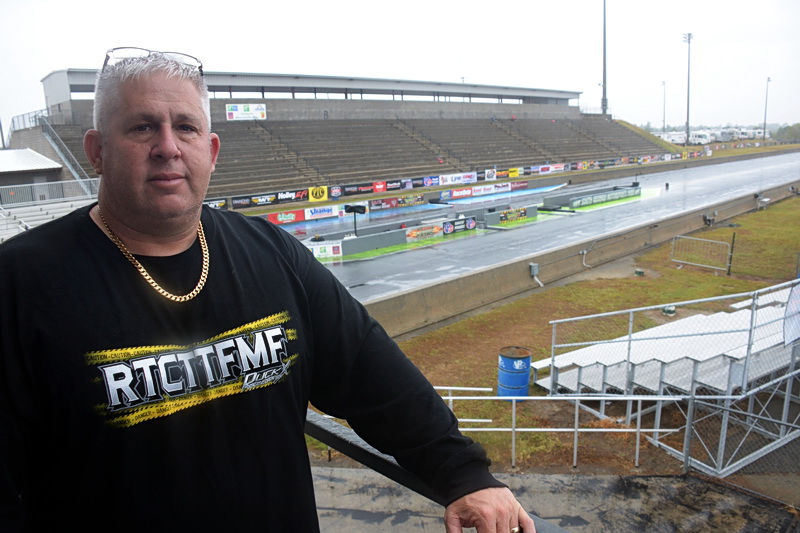 Donald Long has brought championship small-tire drag races to the masses for over a decade. During this time, the winners of his events were declared race champions for his style of racing.

Other tracks presented their variations of what this style of racing should be, and they, too, crowned their champions.

However, there was no one singular champion. Now there will be. 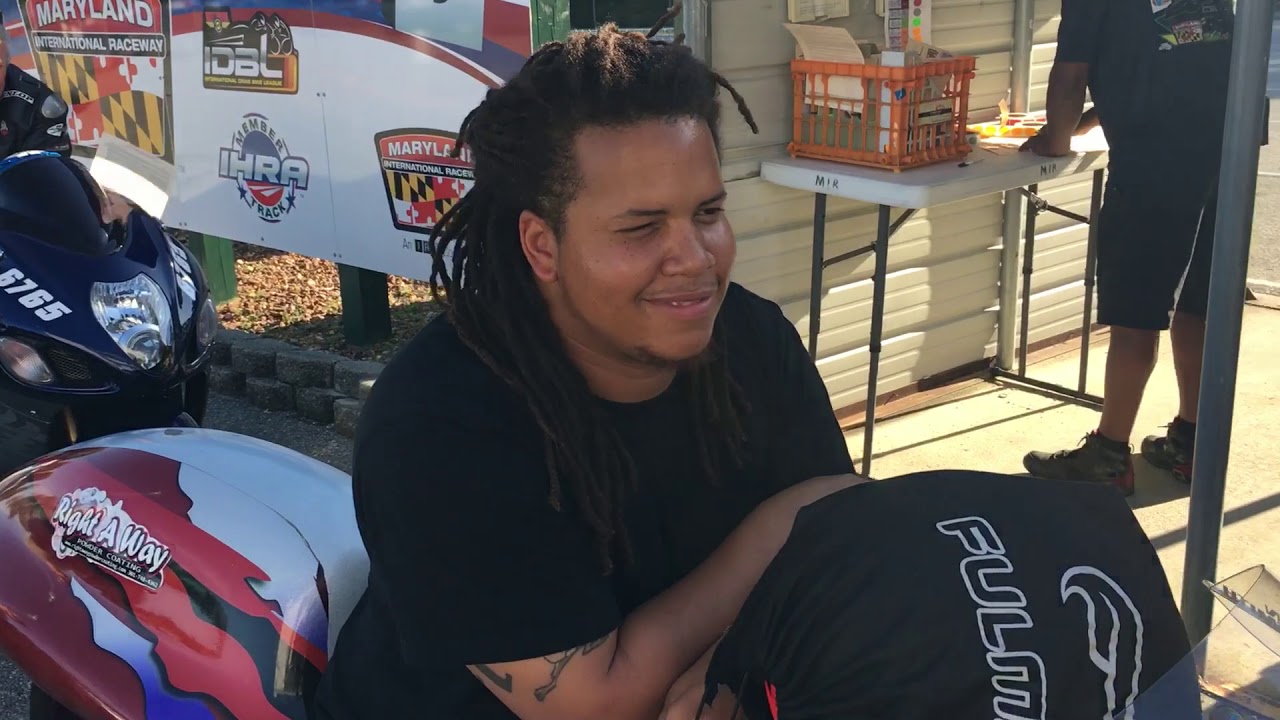 According to a Tuesday post on his Steve Johnson Racing Facebook page (https://www.facebook.com/stevejohnsonracing), Johnson announced that Ervin is “okay.”

The incident happened as he, his wife, and friend Chris Dalton were driving from Charlotte back to the team’s race shop at suburban Birmingham, Ala., following the recent DeWalt Carolina Nationals at zMAX Dragway at Concord, N.C. 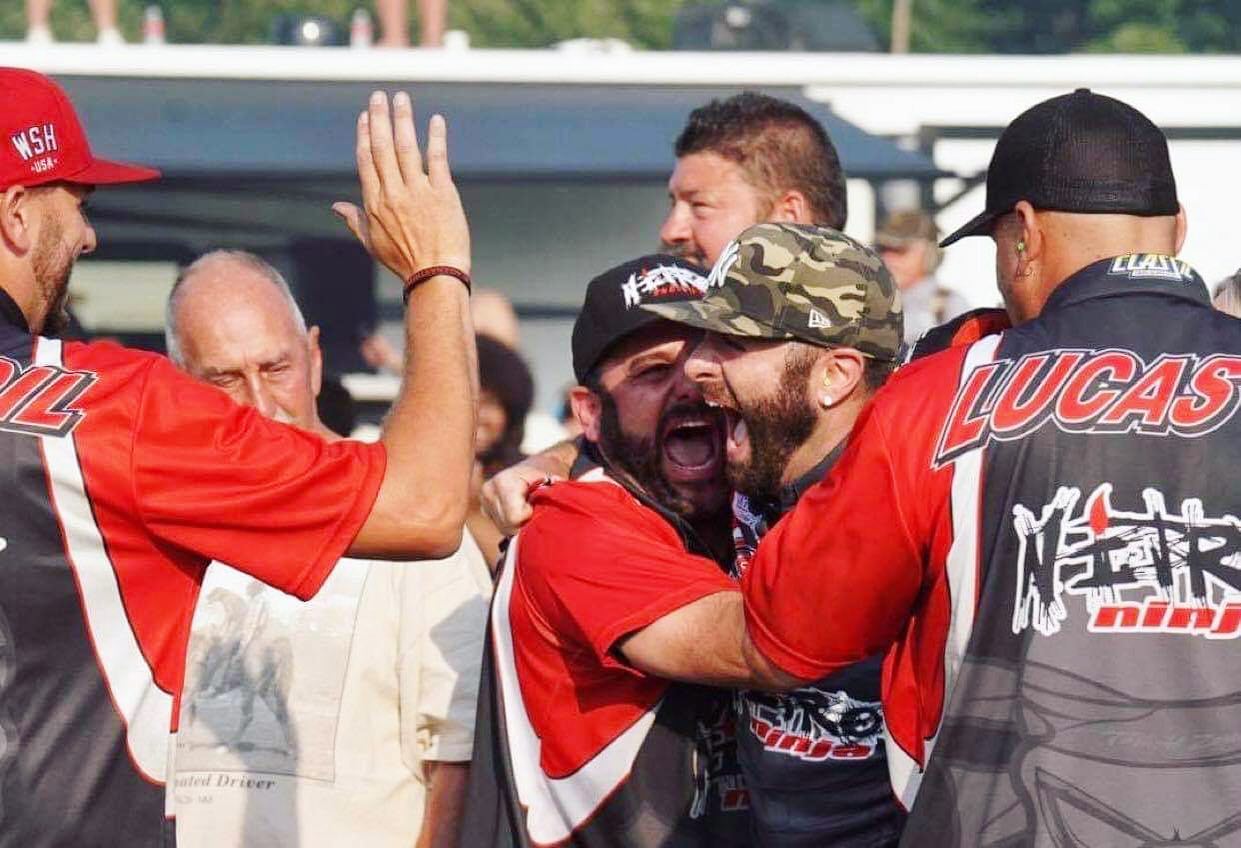 Dom Lagana sadly knew the odds were likely not in his brother’s favor.

Dom, then 14, was in the team’s tow vehicle making a mad dash to the New York Raceway Park shutdown area just moments after his old brother Bobby had just made a run in the family’s Top Fuel dragster. The throttle had stuck, sending the Twilight Zone dragster off the track, through the sandtrap, and deep into the woods in Leicester, New York.

“It was like an airplane wreck,” Dom recalled. “They kept pointing towards the sandtrap when we drove down the racetrack to get the car. Unfortunately, stumbling upon the car, it was like, ‘He’s gone. There ain’t no way anybody survived this.’ I mean, we ran through the woods for a quarter-mile, me, my dad, my uncle Alfie and a couple of our crew guys, and it was insane. It seriously looked like an airplane wreck. 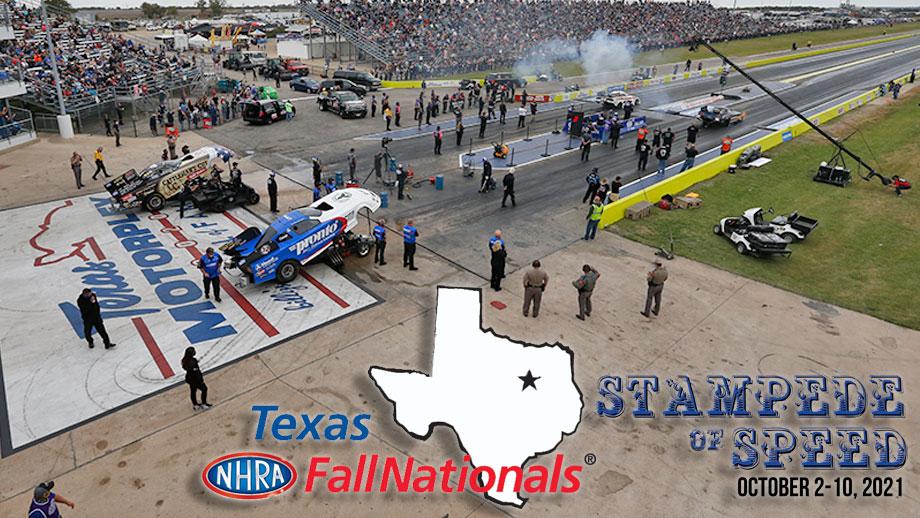 For over three decades, Texas Motorplex, located between Ennis and Waxahachie on Highway 287, has hosted the premiere National Hot Rod Association (NHRA) drag racing event in the state of Texas -- the Texas NHRA Fall Nationals. Millions of fans have experienced 330-mph races and have seen champions such as John Force, Don Prudhomme, Steve Torrence, Eddie Hill, Kenny Bernstein, and many more set records and amaze crowds. This year during the inaugural Stampede of Speed, October 2-10, six days of racing events plus a full day of professional testing will pump more money into the wallets of race teams from across the country than ever before.

“No one has ever put together a multi-day schedule as diverse or rich as the Stampede of Speed,” said Texas Motorplex General Manager Andy Carter. “We will be paying $25,000 to win Pro Mod on Tuesday night, over $30,000 in low-qualifier bonuses will be on the line on Friday night during the Friday Night Live event, and on Sunday our race purse for the Texas NHRA Fall Nationals will be over $1 million for all the classes combined, including the largest payout for the Camping World Drag Racing Series in over two years.” 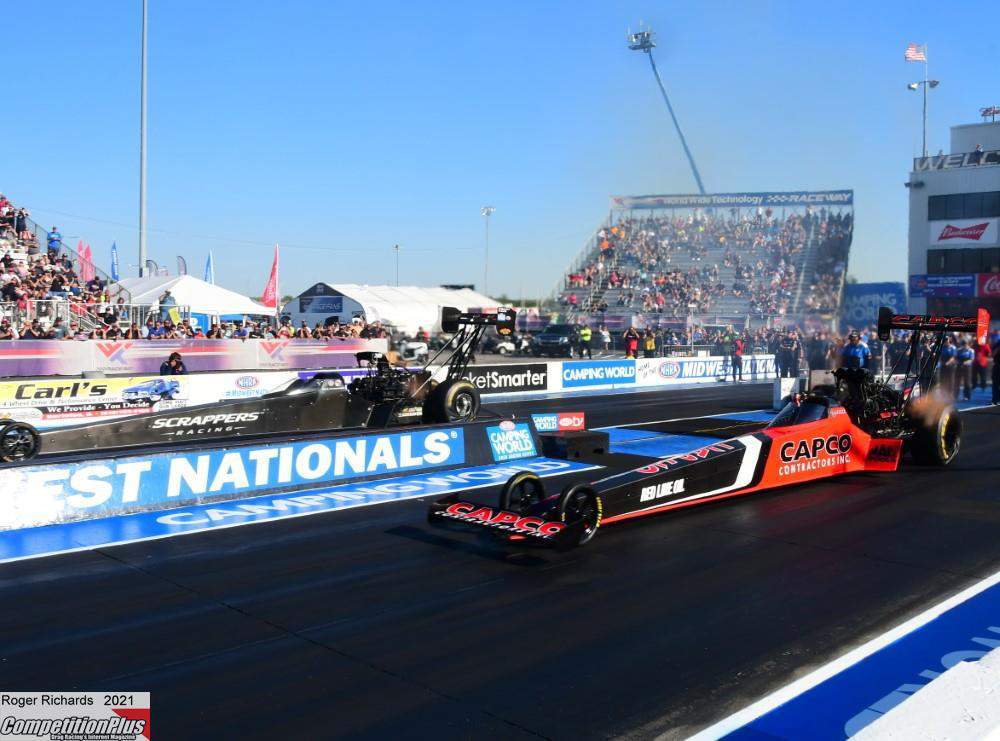 The NHRA Top Fuel father-son duo of Billy and Steve Torrence celebrate with lunch at their favorite Mexican restaurant every Monday after one of them wins a race.

Maybe this week they ought to invite fellow Top Fuel racer Josh Hart. 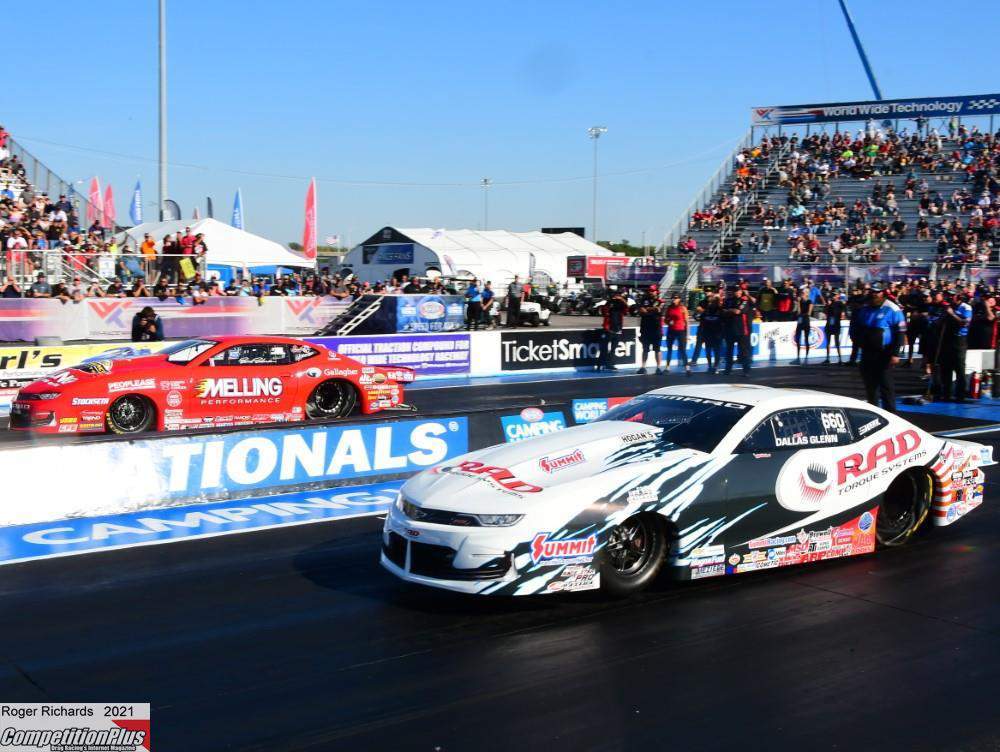 Reigning two-time NHRA Pro Stock world champion Erica Enders is right in the mix to win three in a row and the fifth of her career after her performance Sunday in St. Louis.

Enders won the NHRA Midwest Nationals for the third year in a row, beating Dallas Green in the finals. In a dominant performance at World Wide Technology Raceway 2020 Factory Stock Showdown world champion Aaron Stanfield made it two in a row clinching the 2021 Constant Aviation Factory Stock Showdown when his closest competitors, David Barton and Jesse Alexandra, lost in the first round today at the NHRA Midwest Nationals. Stanfield was the No. 1 qualifier and defeated Kim Shirley, David Janac, John Cerbone and Leonard Lottig on the way to his second victory of the season.

“I didn’t know too much about the championship scenarios, I just knew I needed to go some rounds to clinch it,” said Stanfield, who opened the season with a win at the historic Gatornationals. “We had a lot of confidence. We worked hard, and we found some power to get our race car working a little bit better. We made some nice laps this weekend.”