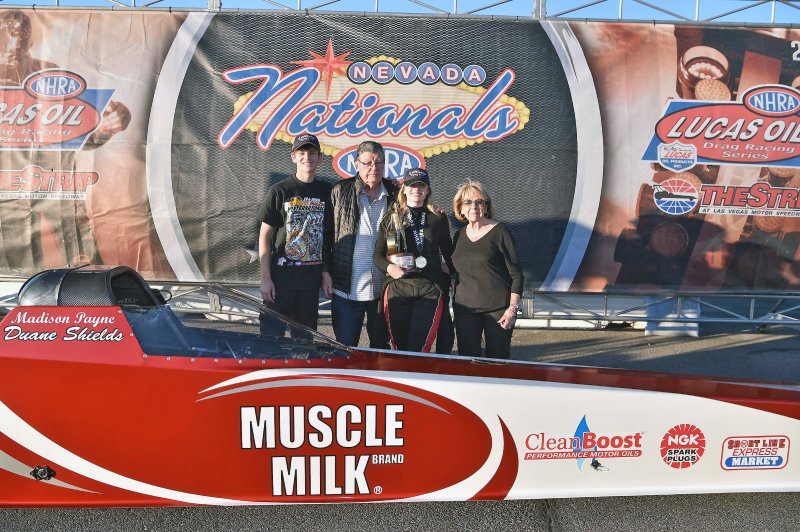 Madison Payne had a solid 2022 season finishing eighth in the Top Alcohol Lucas Oil Drag Racing Series world standings, including winning in Las Vegas in October over Tony Stewart in his debut race.

“When I won, I was like, we have to go, and my mom was like, ‘You can’t miss the winner’s circle,’ Payne said on the Between the Slicks podcast. “So, I missed my flight, but it was worth it. The midterm, I’m not going to lie to you guys, getting no sleep affected my grade a little bit. Didn’t go as good as it should have, but I didn’t fail it, and I got about a B on it, so I figured we could make it work. So, everything worked out. It was worth it.

Holley has announced their full 2023 motorsports schedule, which will once again feature a full slate of exciting events, including an addition to its popular LS Fest series with a new location at the iconic Texas Motor Speedway.

Anchoring the first of Holley’s seven events scheduled for their 2023 season will be the LS Fest West, happening at the Las Vegas Motor Speedway, April 28-30. Like all LS Fest events, this event will feature different activities for fans, like drag racing, autocross racing, drift challenges, burnout challenges, car shows, and much more, with all vehicles powered by GM’s high-performance LS and LT motors.

While NHRA Pro Stock has a large share of Chevrolet Camaros, it's the new Mustang to be driven by Cristian Cuadra that has rolled out of RJ Race Cars and Quarter-Max that will have everyone talking. The 2023 Mustang was built for Othell Welch, and Cuadra will look to put it in the Countdown to the Championship again.

Cuadra, the youngest of the three brothers in NHRA competition, drove his way to an eighth-place finish in the Pro Stock division in 2022. The Mustang will carry sponsorship from the family's Corral Boots brand. 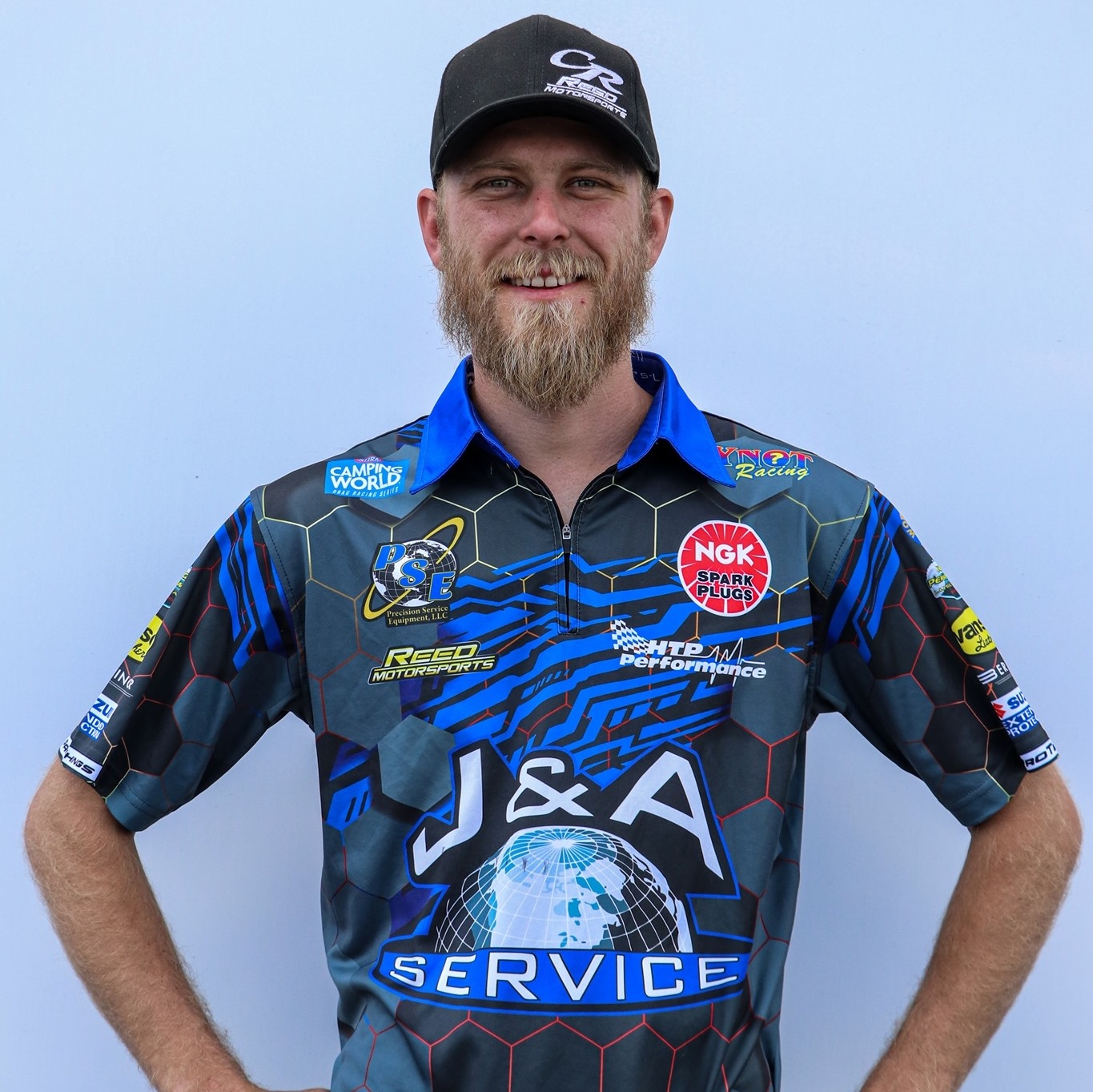 Cory Reed has learned the ropes in the NHRA Pro Stock Motorcycle ranks as an owner and driver.

In 2022, all of Reed’s hard work paid off as his teammate Joey Gladstone finished second in the world standings to Matt Smith with three wins and three runner-up finishes aboard a Suzuki.

Reed confirmed he is planning on riding a Suzuki with Gladstone at least initially. 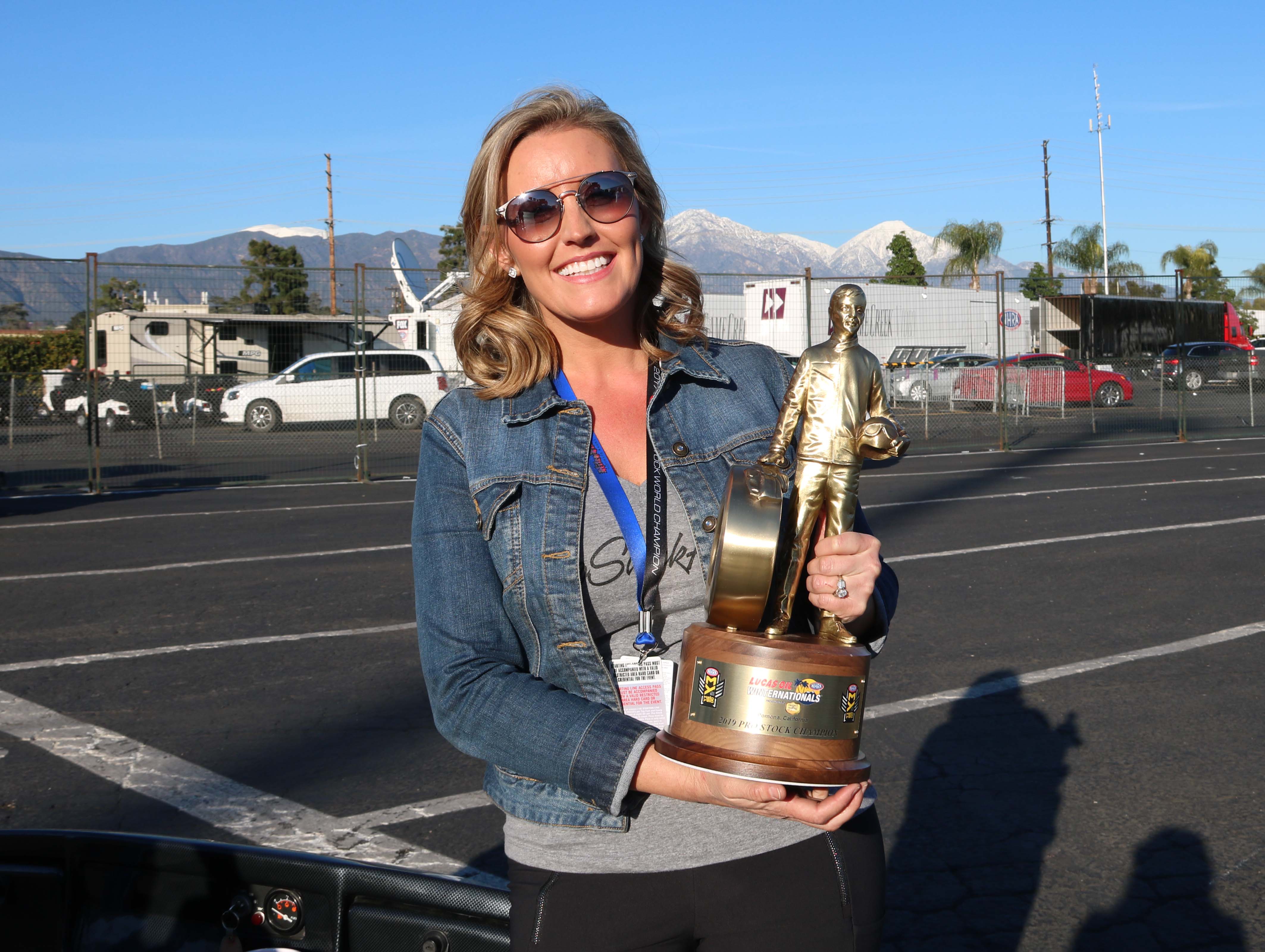 It would seem strange that lack of parts would be an issue for a standout Stock racer like Randi Lyn Butner in 2022.

However, that’s what the racing world has become at time since the COVID-19 virus impacted the world in March of 2020.

Having her 1967 Pontiac Firebird sit idle for most of the 2022 NHRA Lucas Oil Drag Racing Series season was tough for Butner since she won the ultra-tough Division 3 championship title in 2021.

Waiting for parts in 2022 helped Butner keep perspective about what she accomplished in 2022.

AUSTRALIAN DOORSLAMMER LEGEND PETER KAPIRIS ON THE COMEBACK TRAIL AFTER AN EIGHT-YEAR ABSENCE. 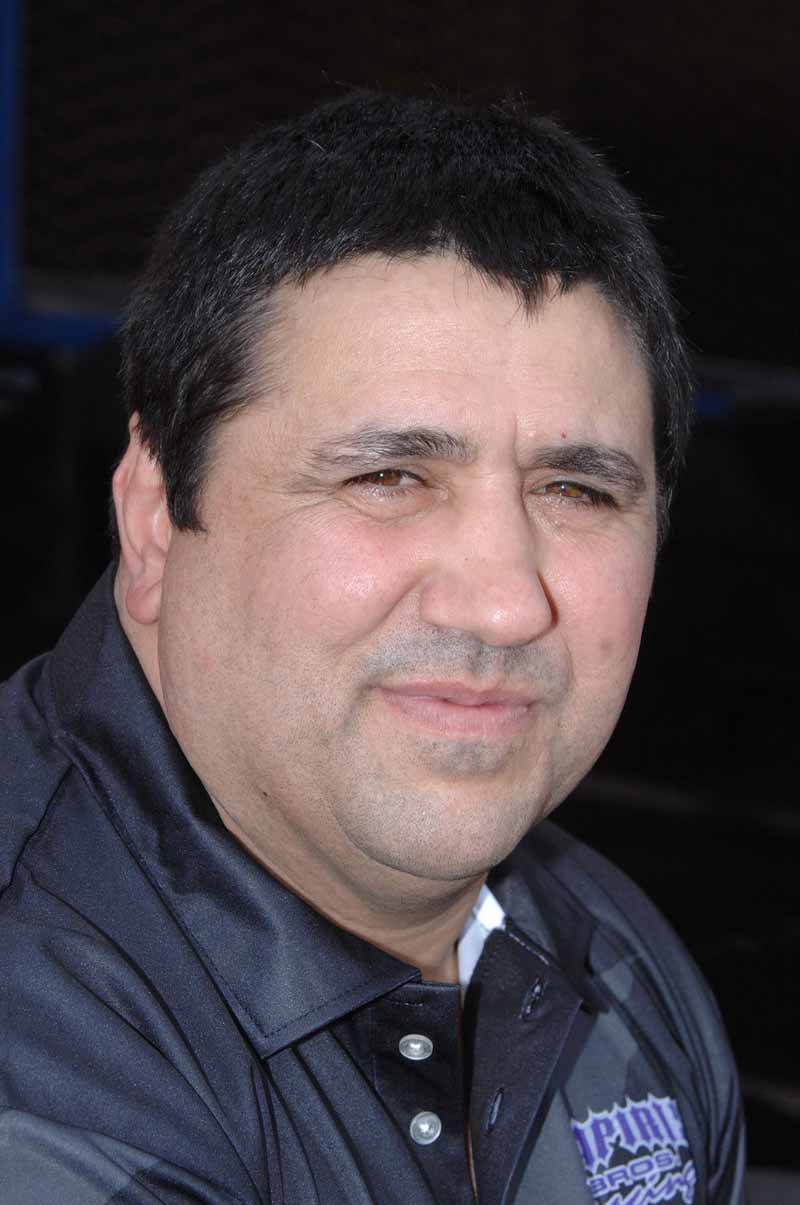 Peter Kapiris, one of the most popular and respected identities in Australian drag racing circles, will return to racing at the Atlantic Oils Top Fuel Slam meeting at Sydney Dragway, January 27-28.

Kapiris' last race was in August 2015 where he finished runner-up to John Zappia at Hidden Valley Raceway and then stepped aside to concentrate on the family wholesale fruit business. Plans to return earlier were thwarted when COVID-19 hit the sport in early 2020.

The return of Kapiris is a significant boost to the category that, at times, has struggled with car counts this season.

The epic two-day celebration of Mo-Kan Dragway's 60th Anniversary with...NITRO CHAOS! Including special guest Don Garlits and over sixteen outlaw nitromethane-burning drag racers in a battle for over $35,000! July 14-15, 2022.

LIFE ON THE ROAD: SOME OF THE GREATEST DRAG RACING WAR STORIES, PT.4

There are multiple types of stories in drag racing. Those you can tell, and those you shouldn’t. Then there are those you tell to win a trophy.

For almost a decade, some of drag racing’s greatest storytellers came together for a good old-fashioned yarn-spinning competition where the first liar almost always took the prize. The scary part about it was that the stories were accurate with some embellishments.

Over the next couple of weeks, we plan to bring you the best of these stories, some in word and some in video. - Editor

MARTY ROBERTSON HAS FULL PLATE OF RACING SET FOR 2023 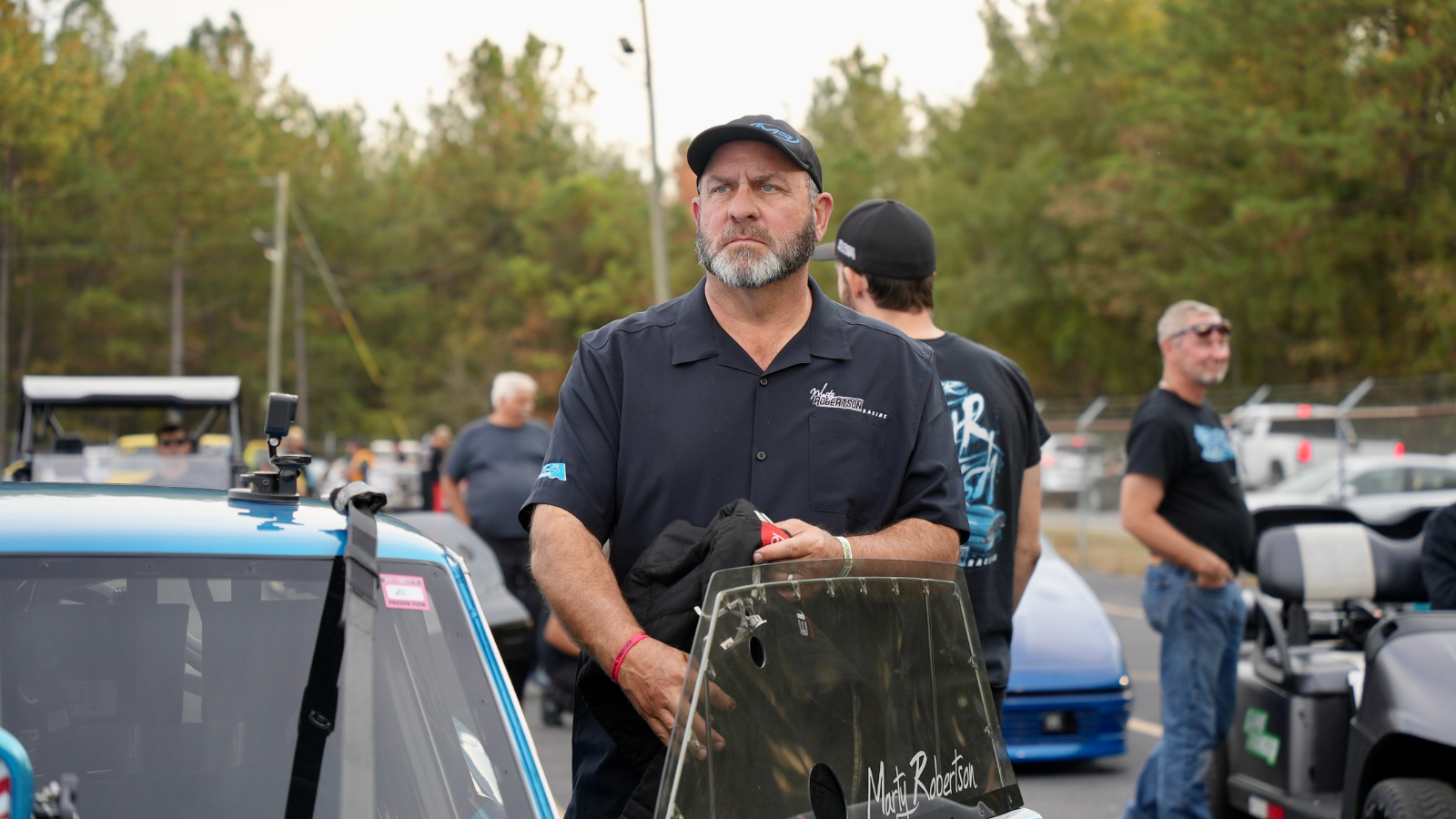 There’s no question Marty Robertson will have his racing plate full in 2023.

Robertson has competed in everything from Radial vs. the World to Pro Stock to No Prep Kings. Now he has built three Pro Mods to race this year, all designed for different sanctioning bodies.