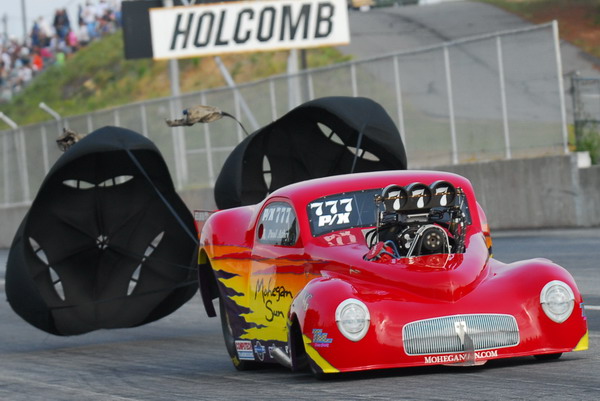 Paul Athey’s team had a good first outing of the year at
this past weekend. The team finished qualifying in the Nitro Coupe class at the
Super Chevy show in the number 2 position on the strength of an eighth-mile run
of 4.077. Athey’s run put him just behind Tommy Gray’s 4.04 run. As is
tradition for Paul, the 4.077 run was preceded by a near eighth-mile burnout.

“To start the year off by qualifying strong is a great start
to this season for us. We didn’t get a chance to really test before this race,
but we did get to test all day on Friday”, said Paul from his pits after the
race. “We had some issues with some of the electronics on the car, so we took
them all off for Saturday’s qualifying and went back to the basics. The car
liked it.”

“I used to come to the Southern Nationals when I was in college every
year,” Hammonds said. “This has always been one of the fun times of the
year for me.  Usually when basketball season was over and I had a
chance to kind of relax and unwind, this is one of the things I loved
doing.  I always enjoyed watching Pro Stock cars run.”

On the heels of Ashley Force’s historic Funny Car victory at the 28th
annual Southern Nationals and Danica Patrick’s historic IndyCar win in Japan
AOL.com has asked the question that has been offered up in chat rooms and by
water coolers across the country and around the world: Who has more
talent?

So far over 35,000 votes have been cast. Motor sports fans can visit
the link below to cast their own vote.

GUGLIOTTA FILLS IN FOR GLIDDEN

It was almost like magic.
Frank Gugliotta, a close friend of Justin Humphreys and his parents,
accompanied their RaceRedi Motorsports Pro Stock team to Commerce, , to provide chassis
tuning advice in the NHRA national event.

He did, and the Pontiac
GXP responded better than it ever had.
Humphreys turned in four solid qualifying runs at Atlanta Dragway and
qualified third.  And then he tacked on
three more good runs during Sunday’s eliminations en route to a semifinal
finish – his best outing of the season.
He was so pleased that a minus .003-second red-light start in the semifinals
against Jason Line didn’t alter his mood. 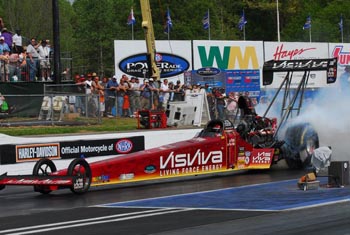 Full
Throttle Energy drink announced plans to take over the primary
sponsorship of the NHRA Drag Racing Series on Friday at the NHRA
Southern Nationals in Commerce, Ga.

Last week the first victim got sent home. Vis Viva, an existing advertiser in the
official event program, was sent packing with the notice their full page
ads could no longer be accepted.

Dan Pikarsky, Vice President of Attitude Energy Drinks, said the agency who publishes the program called him early in the
year and he bought into the program well before the change in
sponsorship.

NHRA Pro Stock Motorcycle racer Steve Johnson will no longer serve as President of PRO2, the 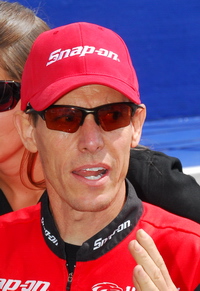 Steve Johnson has resigned his position as the President of PRO2. (Roger Richards)

motorcycle equivalent of the Professional Racers Organization. He resigned his post earlier this week.

Johnson cited the failure for the organization to fully understand the
business side of Pro Stock Motorcycle racing as one of his leading
factors to step away.

Another factor in his decision was likely the questioning of his
actions by members of the group for a past meeting with the NHRA’s
technical department specifically raising parity concerns regarded to
the Suzuki combination and a clear decline in the Suzuki participation.
The meeting was funded through the Suzuki owners.

When other members of PRO2 found out about the meeting, the controversy
and grumblings made their way around. Questions of a conflict of
interest abounded.

Were Johnson’s concerns supplemented by the stats?

A DAY OF FRIENDSHIPS FOR TASCA 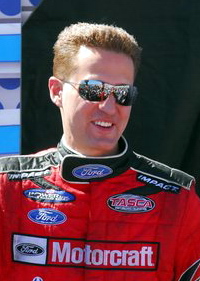 The day started and ended with racing a friend for Bob Tasca III at
Atlanta Dragway. The driver of the Motorcraft/Quick Lane Shelby Mustang
earned himself a spot in his first semi-final of his nitro Funny Car
career after facing best friend Tony Pedregon in the first round, Gary
Densham in the second round, and mentor and hero, John Force, in the
third round of the NHRA Southern Nationals.

“To run Tony Pedregon and John Force and make it into the semi-finals
with this new team, is just really, really tremendous,” said Tasca.
“But we come to every race wanting to win, so when you don’t, you’re
disappointed. But when you look back at our program that we just
started in November, and to move into the 11th position coming out of
this race is just great for the team and my sponsors. After today, we
believe now, more than ever, that we can win.”

Tasca’s semi-final round against Force was the closest round he ran all
weekend, with both drivers having identical reaction times, but with
Force having an edge on time by .003 of a second. 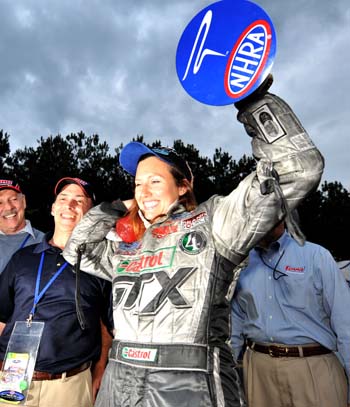 Ashley Force powered her Castrol GTX Ford Mustang into the winner’s
circle yesterday during the 28th annual Summit Racing Equipment NHRA
Nationals at Atlanta Dragway to become the first female to ever win a
Funny Car NHRA national event. Force defeated her father drag racing
icon and 14-time champion, John Force, in the final and immediately
after the race she signed her Old Spice Victory Towel which is
available now through an online auction on eBay with 100% of the
proceeds going to the Ronald McDonald House charity.

RAMPY SCARING THE COMPETITION WITH BOO .. BOO WEEKLY, THAT IS 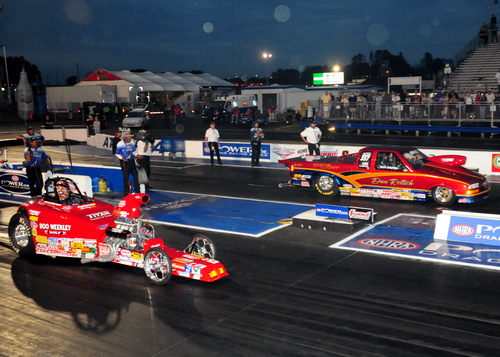 The multi-time NHRA sportsman world champion Rampy will race the rest
of the season thanks to backing from PGA tour golfer Boo Weekly.

Rampy had planned to sell all of his equipment and step away from
racing. Up until the Tuesday before the NHRA Southern Nationals, he was out of racing.

THE SHERIFF LAYS DOWN THE LAW 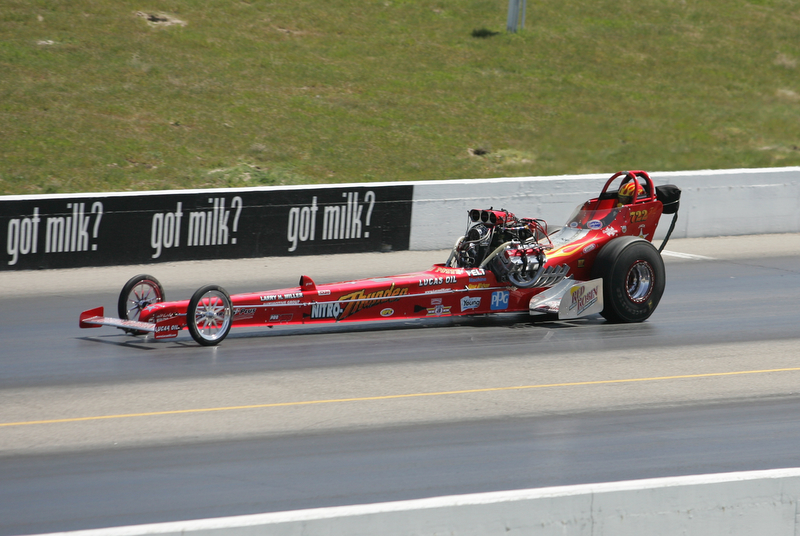 Jack Harris recorded an incredible 5.69 elapsed time at  252 miles per hour during the NHRA Division 6 in Boise, Idaho.