A respected leader within the garage area, Fabian previously served as the managing director of  technical  integration at NASCAR, where he oversaw post-race technical inspection at the NASCAR Research and Development Center in Concord, N.C. A consistent presence in all three NASCAR national series garages, Fabian’s versatile career has included roles as an over-the-wall crew member, a crew chief and, now, the managing director of NASCAR’s premier series.

I don’t think anyone has actually gnashed his (or her) teeth over the absence of a NASCAR media tour this year. Not many know what it means to gnash one’s teeth. They just say “great gnashing of teeth” as a general term of shock or pain.

To gnash one’s teeth is to grind them together and, in the Bible, it is often accompanied by weeping and/or wailing. Apart from the Bible, its use is generally exaggerated.

The loss of a media tour is just another removal of a brick in the NASCAR wall. I miss it, but I miss racing in general. All in all, it’s just another brick (gone) in the proverbial wall. 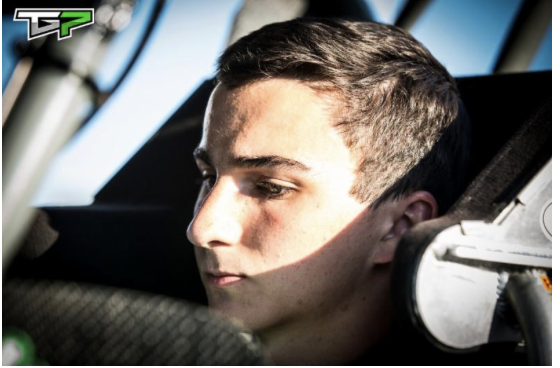 Giovanni Scelzi is excited to take advantage of his next opportunity, which leads him overseas to race for the first time in Australia.

Scelzi will drive for Domain Ramsey and Bernie Stuebgen during five events in a nine-day span, beginning this Saturday at Heytesbury Stockfeeds Simpson Speedway in Bungador, Victoria, during the Allstars Challenge.

Chicagoland Speedway announced today that a Carnival will be added to the growing line-up of fan enhancements during the NASCAR Festival Weekend June 27-30.

The carnival, a first at Chicagoland Speedway, will be set up in Champions Park, the ultimate pre-race fan experience in a park-like atmosphere with live entertainment and interactive displays, will be open Friday through Sunday. There will be family-friendly rides, multiple youth attractions  and  games including bumper cars, a Tilt-A-Whirl, Ferris wheel and more. 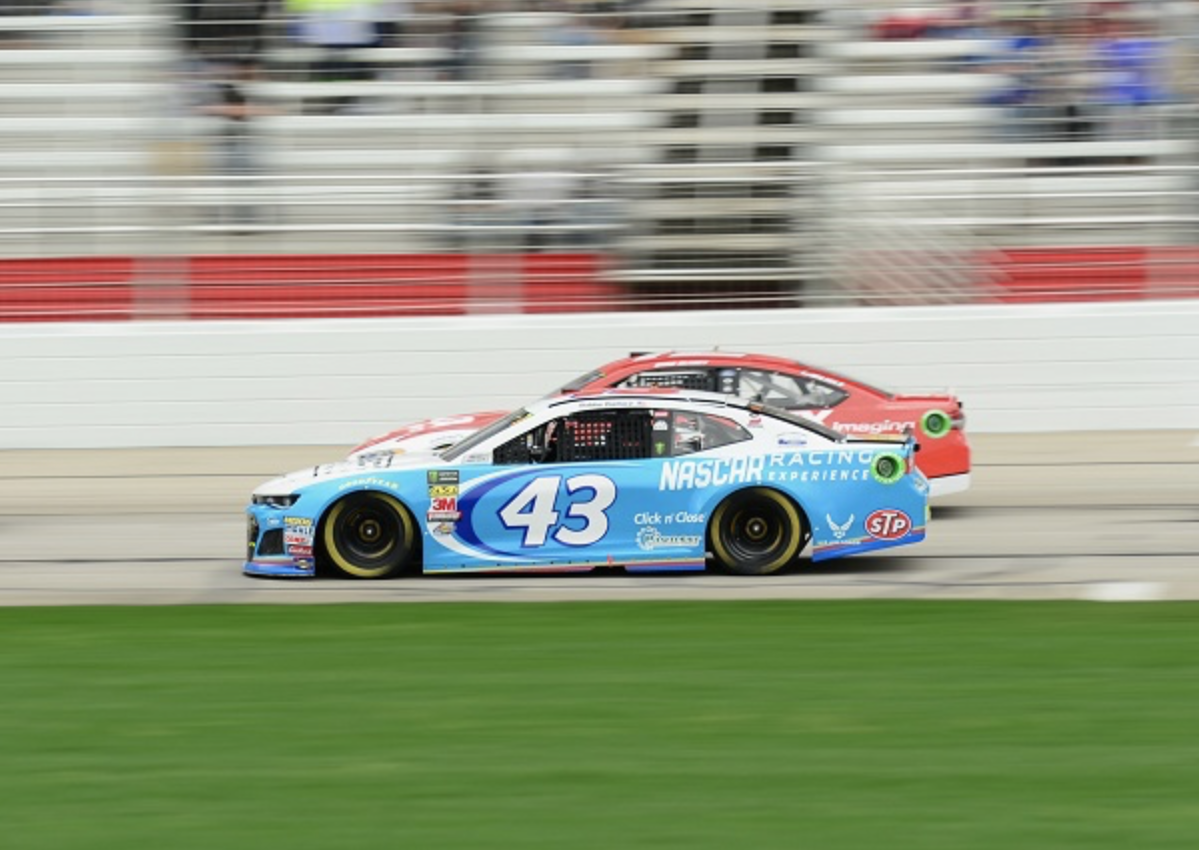 Start your engines — early! NASCAR fans in the greater Atlanta metro will not have to wait until February’s Folds of Honor QuikTrip 500 event to get a glimpse of the 2019 race at Atlanta Motor Speedway (AMS). QuikTrip (QT), one of the nation’s premier convenience and gasoline marketers, will host a Pit Party for fans on Saturday, Jan. 26th at a Norcross QT store to kick off the Folds of Honor QuikTrip 500 race weekend in February.

QT’s Pit Party will feature a variety of family-friendly activities and entertainment throughout the day. Coca-Cola® will feature its interactive race simulator where fans can enjoy a NASCAR driver’s seat experience. Coca-Cola Racing team drivers Bubba Wallace and Daniel Suãrez will make appearances. 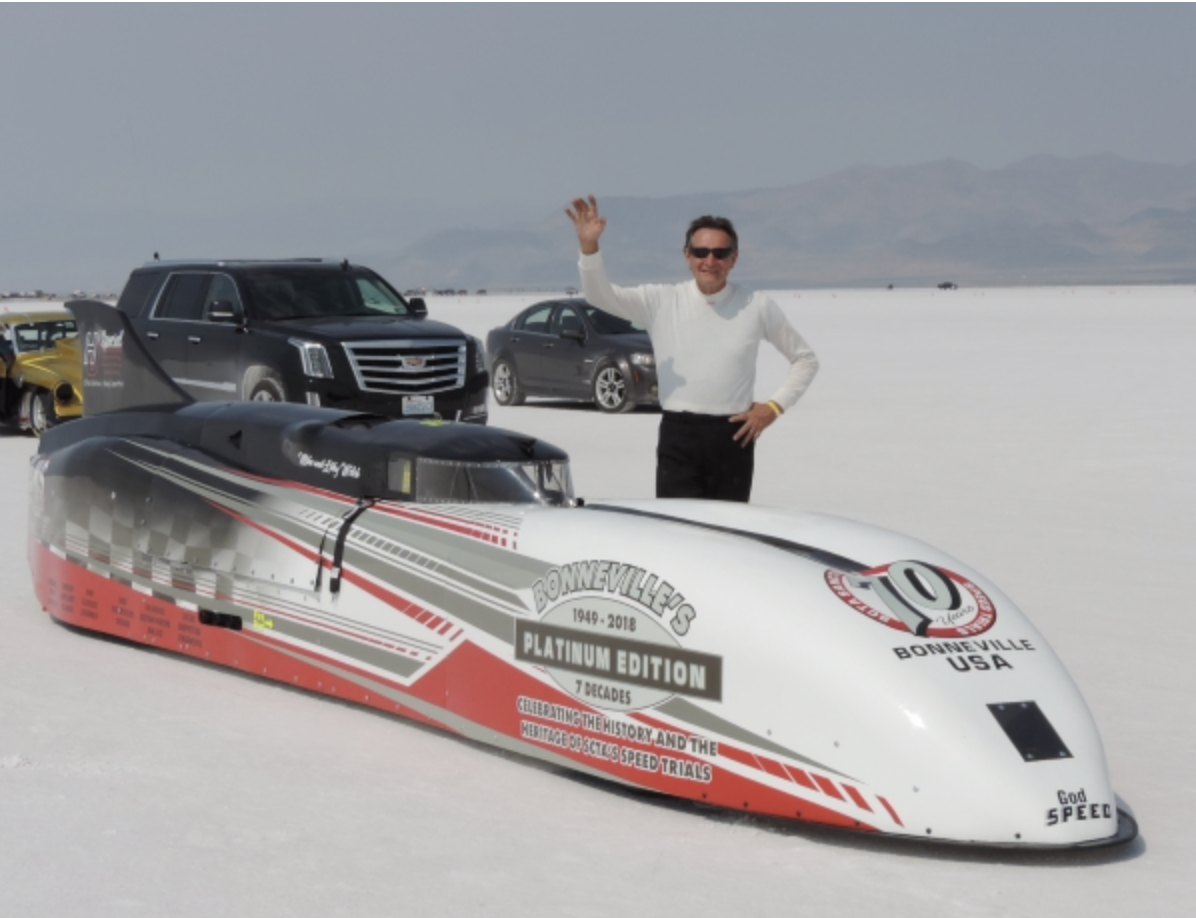 During Motorama weekend the Million-Dollar Salon will be the temporary home of this Bonneville Streamliner, but as its name suggests the car is most at home on the salt flats.

"Bonneville is obviously the land speed record location in Utah, recognized worldwide as the mecca of speed for those who want to go really fast,” said Mike Welch, who’s been making the pilgrimage to Bonneville for nearly two decades. Over the years he’s brought several different cars as he’s chased higher and higher speeds, and recently put together a Streamliner to take his top speed potential to a whole new level.

MONTE DUTTON – HAVE YOU CHECKED THE RATES LATELY?

I was returning from an assignment this morning and I heard a discussion on satellite radio about travel expenses. Supposedly, the lodging rates for Daytona Speedweeks have become drastically more reasonable.

This, of course, is great news, if true. This week I’ve been talking with Clemson fans about how difficult it was for them to afford traveling to Arlington, Texas, one week and Santa Clara, Calif., the next to watch their Tigers try to win the national championship of college football. 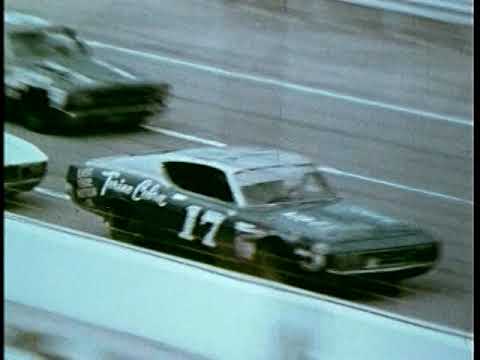 Travel back to the golden days of NASCAR racing.

You'll see cars that look like cars, and a time when all American manufacturers were knee-deep in making their cars as sleek as they could make it.

Check out this ABC Wide World of Sports, to see who emerged king of the 334 lap event. Ford fans will be pleased to watch a successful debut of the new Blue Crescent Boss 429-cid engine.

I don’t need no stinking New Year’s resolutions. I got a TV that’s already high resolution.

A general policy of mine fits the changing of the annums. It has served me in all the years of writing, NASCAR and otherwise.

MONTE DUTTON – SO YOU WANT TO WRITE ABOUT RACING?

As bad as the business is overall, journalism is somewhat promising for the young. In part, this is because most of the vets such as I have been retired, bought out and otherwise given offers we couldn’t refuse. Another reason for youthful promise is the fact that management can hire you for less money.

Lots of people begin writing or taking photos because they love racing and want a job that takes them to races.

From time to time, back when I was traveling the NASCAR circuit, someone would ask me, “Hey, how can I get a job doing what you do?