SHAKE-UP LEADS TO RESURGENCE FOR BERNSTEIN 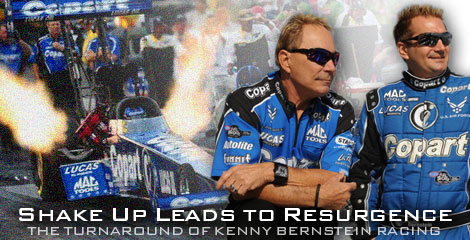 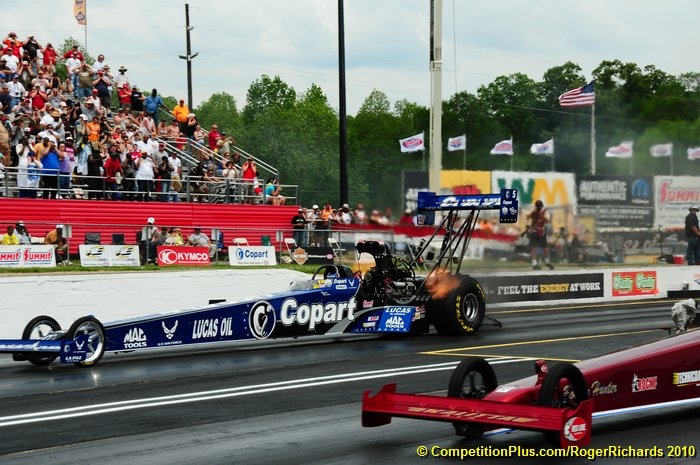 In reality, some Top Fuel teams are hoping for excellence. 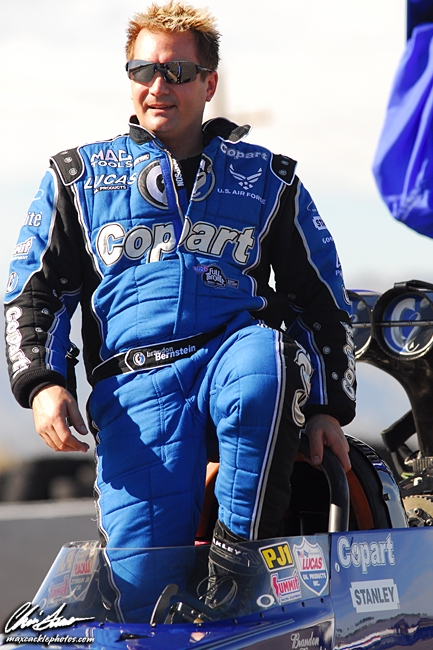 “I was in discussions with my dad, and Lenny Imbrogno, the team general manager, and was in the loop the whole time,” Brandon said. “We just felt Todd was the man and he could take us to the next level. I was all for it, and I felt like it was a good move. We didn’t know how things were going to turn out, but we felt it was the best move for Kenny Bernstein Racing at the time to get us to perform at a different level.”

Smith and Bender have fueled a resurgence for the Copart/Lucas Oil dragster. Bernstein had his best performance of the season last Sunday, registering a runner-up effort at the Summit Racing Equipment Southern Nationals at Atlanta Dragway. Bernstein also was a season-best third in qualifying at the event.

“That was great to make it to the final round, and have a chance to win the race,” said Brandon, who had a red light in the finals against Larry Dixon. “The second I saw the red light, I knew there was no chance to win, and as a driver you’re hard on yourself for doing that. It’s unfortunate that we also smoked the tires, so it really would not have made difference, but it was still an awful feeling to red light. I’m just glad we were able to go rounds at the race.”

Atlanta’s outing came after Brandon made it to the semifinals at the previous two races in Las Vegas and St. Louis. Heading into the O’Reilly Auto Parts NHRA Summer Nationals in Topeka, Kan., Friday, Saturday and Sunday, the Copart/Lucas Oil dragster has climbed to sixth in the points chase.

“This weekend, we can get right back in it, and I don’t have to wait another week to lick my wounds,” Brandon said. “We will be ready for Topeka, and hopefully we can get back into the final and get a win.”

Brandon also is optimistic the clutch malfunctions, which were plaguing his team’s tune-up at the beginning of the year, are a thing of the past. 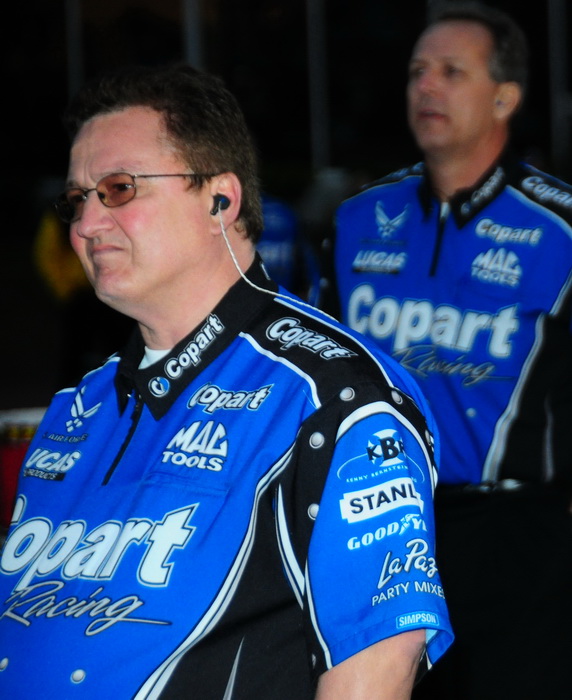 The combination of Donnie Bender and Todd Smith [background] has worked well for Kenny Bernstein Racing.
During the first two races of the season in Pomona and Phoenix, Bernstein was eliminated in the quarterfinals and first round, respectively. Bernstein also lost in the second round at Gainesville, which prompted the promotion of Smith and addition of Bender.

“We definitely feel like that is all behind us,” Brandon said. “When Todd took over (as crew chief), he made wholesale changes. We back halved race cars, we put his clutch combination in the car, and we had a totally different clutch controller in the car. We also had totally different fuel pumps and a totally different fuel system. We really feel those problems, at the beginning of the year with the Rob’s setup, basically went away when Todd came aboard. He (Todd) really just needed time to get up to speed and get some runs behind him.”

The presence of Bender also isn’t lost on Brandon.

“It has been huge having Donnie, and he has been a great companion for Todd,” Brandon said. “Todd and Donnie worked together many years before, and now they’re able to bounce ideas off of each other, and make good race decisions in a weekend. It has been a great asset having him right there for Todd. I have never worked with him (Donnie) before or really knew him that well, but he has become a great part of our team. I’m really happy that he’s on board.”

Brandon lost in the first-round quad of eliminations at the inaugural Four-Wide Nationals in Charlotte, but did show some progress by upsetting Tony Schumacher in the opening round at Houston. According to Brandon, that set the stage for the revival of the Copart/Lucas Oil dragster the past three events.

“I feel like when we beat Tony that was definitely a springboard to get us started in the right direction,” Brandon said. “When you get that first win light after not having a win light for a long time, it feels good. The team responds. It was definitely a nice way to start that race, and we felt like if we would have had a couple of extra runs there (at Houston), we would have made it to the semifinals or finals. Plus, that win over Tony gave the team a boost, and let us see the light at the end of the tunnel, so to speak, with all the hard work the guys put in to try and get these cars changed over and get Todd’s combination on the race cars.”

“Looking at the weather (in Topeka) it looks like it’s going to be hot like we have had in the last two races,” said Brandon, who has won 18 career Top Fuel races. “We just need to keep building on what we have accomplished the last two to three races, and just be consistent. We need to run good numbers in the heat of the day, and get back being right there with everybody. Hopefully, we will get some breaks and a little luck on Sunday, and we will get back to winning there. It’s a great race track for us. It’s one of tracks where you’ve won before and it makes you think that you can win this thing again.”