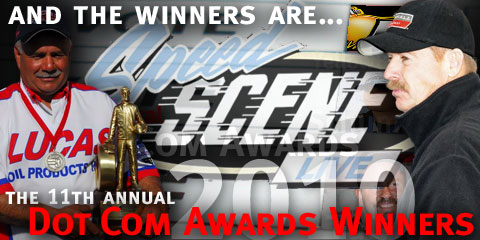 Every year since Attitude’s CompetitionPlus.com began publication in 1999, this Internet magazine has offered race fans the chance to choose the best driver/individual suited for awards based off their performances on and off the track. The following are the results of our reader ballots offered during the Christmas holidays. Each year's competition grows in size as Attitude’s CompetitionPlus.com continues to expand its readership. For the fourth consecutive year, the vote totals have exceeded the previous years totals.

Every year since Attitude’s CompetitionPlus.com began publication in 1999, this Internet magazine has offered race fans the chance to choose the best driver/individual suited for awards based off their performances on and off the track. The following are the results of our reader ballots offered during the Christmas holidays. Each year's competition grows in size as Attitude’s CompetitionPlus.com continues to expand its readership. For the fourth consecutive year, the vote totals have exceeded the previous years totals.


MIKE AIELLO PERSON OF THE YEAR

Few can argue the worthiness of this individual’s appointment to our most prestigious award.

Mike Edwards has exemplified both on and off the track that he’s a champion. Whether it’s generating funds for the Young Life organization or entertaining inner-city youth at various national events, Edward doesn’t just talk the talk, he walks the walk. 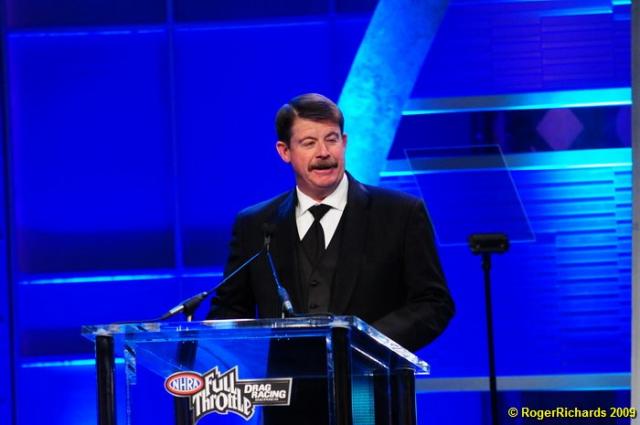 On the track, he graciously accepted defeat, in the few times it came.

And, in beating the competition, he was a gracious winner.

Edwards did what he needed to win, and when it came to his one engine lease customer, the champion saw to it that his customer won too.

Edwards was also presented the Mike Aiello Spirit of Drag Racing award, an honor founded by 1320tv.com and now presented by Attitude’s CompetitionPlus.com.

This reader-generated vote confirms what we knew all along.

Mike Edwards is our Mike Aiello Person of the Year winner.

PROFESSIONAL RACER OF THE YEAR 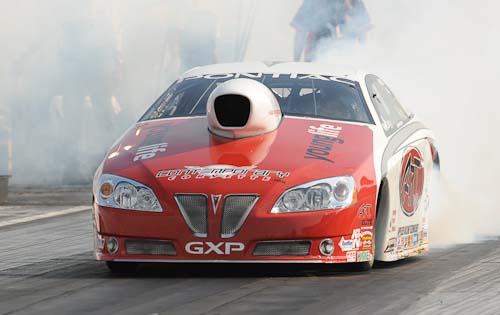 Mike Edwards was the quintessential “win when it counts” professional racer during the 2009 season. There were times when he was “owned” in the regular season but when it came to the Countdown to 1, he was the “owner” of the competition.

Edwards dominated qualifying so much that his 16 No. 1 qualifying efforts tied a five year mark established by fellow Pro Stock racer Greg Anderson. And for Edwards, that domination parlayed into a gaggle of bonus points towards a championship. The bonus points renewed a confidence that was shaken at times during the regular season, and had it not have been for a crucial loss here and there, Edwards could have clinched the title earlier than the Pomona finale, way earlier.

It’s no surprise that Edwards was voted the Professional Driver of the Year award by our readers. This was his year and his actions confirmed it.

SPORTSMAN RACER OF THE YEAR 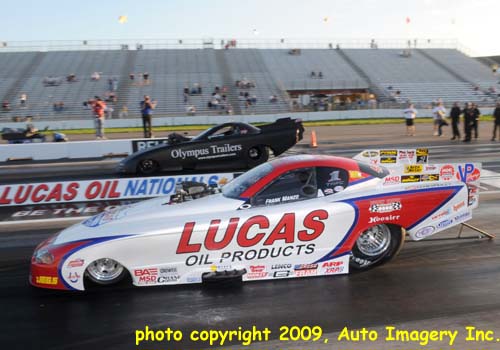 If you think racing him on the track is tough, beating him in the court of public opinion is even more challenging.

Regardless of which arena Frank “Ace” Manzo plays in, he’s tough.

Manzo boasts a career 85 national event wins and 102 victories in the Lucas Oil Drag Racing Series. He also has amassed 13 world championships and 19 divisional titles since the mid-1970s. This season, he swept the entire NHRA Lucas Oil Division 1 schedule.

Manzo has joined the Al-Anabi team for 2010 and his efforts as a Pro Modified tuner are already starting to show benefits. The competition only shudders thinking what's in store for them this season.

Manzo led the voting from start to finish and it should come as no real surprise that he wins his third consecutive Dot Com Award.

TRACK OF THE YEAR

You’ll be hard pressed to find a more passionate racing family than those who hang out at Summit Racing Equipment Motorsports Park, formerly Norwalk Raceway Park. That passion can be traced to the Bader Family, owners of this track located outside of Cleveland, Ohio. The Baders are the kings of creature comforts [i.e. pound of ice cream for a buck] and their passion for customer satisfaction was key to this victory.

Their events make it worth seeking out the Norwalk Experience, and hey, the food’s not bad either. 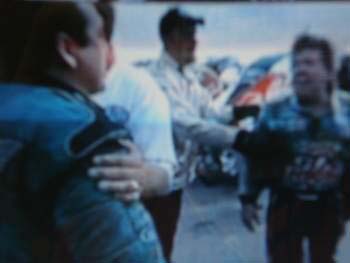 For one moment at Indy, the real show wasn’t on the track but in the shutdown area. The scuffle of former teammates made its way onto all the leading racing and sports television shows and created a considerable buzz for drag racing, at a time in the season when the racing had drawn considerably stale.

In nine of eleven years that we’ve staged the Dot Com Awards, National DRAGSTER, the NHRA’s house organ has won the title. The news-reporting methods have changed but DRAGSTER still delivers the voice of the NHRA to its members.

The NHRA’s Phil Burgess has invested a lot of time into the content of NHRA.com and it shows. His blog of how racing used to be, combined with insightful articles from the staff of National DRAGSTER have made this site more than just a house website for the sanctioning body.


INTERNET RADIO SHOW OF THE YEAR

Let the record reflect that the trio of Scott “Lucky” Hudson, Bruce Barker and Diana Mite will go down in history as the inaugural winner of the award. This online radio/television show is based in Los Angeles and broadcasts on Tuesdays from 9 PM – Midnight, EST. The topic is primarily sportsman drag racing, but they find plenty of time to discuss nostalgia drag racing as well as the breaking news of the day.

MESSAGE BOARD OF THE YEAR

At 34,328, Yellowbullet.com boasts the largest forum in drag racing and nearly every one of them vote in the Dot Com Awards. Yellowbullet was first put on the ballot in 2007 and has won the Message Board category ever since. Their motto is “where the weak are killed and eaten” and the no hold-barred forum could say that as well for their domination in this category.