The word floating around the pits is that veteran journeyman Aaron Brooks will be tuning this weekend on the Doug Kalitta-driven MAC Tools Top Fuel dragster at the NHRA Midwest Nationals outside of St. Louis, Mo. He will likely replace Rob Flynn. There's not likely going to be an official statement as many teams prefer not to announce crew chief replacements in mid-season. We'll see if the gossip making its rounds plays out on Friday. 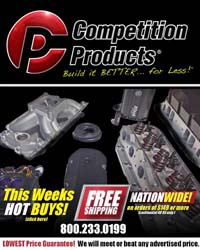