WJ ON DON NESS - HE WAS AN ARTIST IN EVERY ASPECT 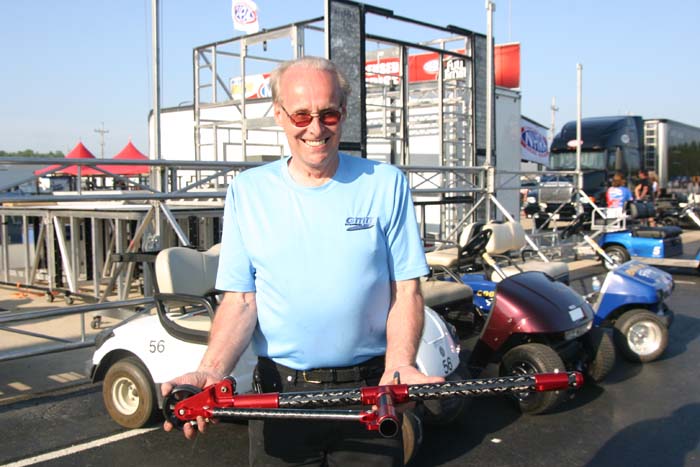 One needs to look no further than today's modern doorslammer chassis to see the contributions Don Ness made to its evolution. Those are not our words, but rather those of legendary Pro Stock icon Warren Johnson. There many out there who share the same sentiments.

Ness, the heralded chassis builder from Minnesota, died on March 17, following an illness.

If anyone knew Ness, it was Johnson, who purchased at least a dozen cars from the Picasso of bending and welding chassis tubing.

"Donnie was the guy that absolutely set the bar as far as quality and design of the Pro Stock cars, In fact, any door car," Johnson said.

Among those contributions, Ness is officially credited within many circles with the incorporation of the torsion bars in the rear suspension [a car Johnson fielded in 1971], the fabricated rear housing, and the infinitely adjustable four-link bracket just to name a few.

Johnson believes when you took delivery of a Ness car, it was as close to being perfect as one could be.

"First thing I ever did when I got one of his cars was put a big scratch in it somewhere so I could race it," Johnson admitted.

But as great as Ness' chassis and product was, Johnson believes he fell short in the business arena, and it was squarely because of his attention to detail. Those who understood this tolerated this shortcoming.

"Everybody loved the guy, you just couldn’t do business with him," Johnson said. "Unfortunately, he was so slow because he was so concerned about producing an absolutely impeccable piece of machinery. I’m sure there’s some guy right now that’s just lamenting him because he was just trying to finish up his last Vega Pro Stocker.

"I had a sign made, ‘If it wasn’t for the last minute, nothing would get done."

The bottom line, Johnson said, deadlines were secondary to quality.

"I’d see him spend three days on making sure that the tach bracket looked aesthetically pleasing and be functional," Johnson said.

Ness had the racers best interests at heart, even though missing a deadline or five didn't exactly convey this dedication. Tardiness might have been a shortcoming, but it was also the reason racers flocked to purchase his art, and for those who knew his works, knew they were indeed art.

"He was a Rembrandt or Picasso or whoever great artist you want to include in there," Johnson said. "He set the bar for what a Pro Stock car should consist of and look like. Everybody else copied his stuff, that’s bottom line."

And another bottom line is, Don Ness will be missed.