WHIT BAZEMORE ON THE MEND FOLLOWING BOUT WITH COVID-19

Whit Bazemore admits he took the coronavirus, the global pandemic which brought the world to its knees, seriously from the start.

Bazemore was diagnosed last month with COVID-19 and was hospitalized with severe respiratory issues as a result. He's on the road to recovery now, but to this day has no idea how he contracted what can be an invisible killer.

"I've been very careful," Bazemore said in an interview with CompetitionPlus.com. "I haven't eaten out, wear my mask in public all the time, really try to social distance. I'm kind of antisocial to begin with, so it's not that hard for me to try to be far away from other people as I can."

Bazemore said the fact he and others such as fellow coronavirus survivor Todd Smith, who admittedly followed all the safety protocols and still became stricken, doesn't bother him and goes a long way solidifying a belief he's long held.

"The way I look at it is the world's a lot different now, and I think it's kind of reinforced our place as human beings in the world," Bazemore said. "We're just one small part of this. It doesn't bother me at all. Because I feel like I'm pretty aware of my place in the world, and it's insignificant. So you got to live. And I've long lived every day. Since my accident in 1996, I've tried to live every day like tomorrow's my last day on earth and not always successfully doing that. But it's always been kind of my approach, is to live for today.

"This just reinforces that kind of thought process. Because if you wait for everything and you don't live your dream, you don't pursue your dreams, you never will. Because you could be dead from coronavirus, or you could crash your car into a bus. There's just so many different things. You have a bad day at the drag strip and lose your life. Life is really fragile. And I think the more you realize that the better off you'll be. But I'm very aware of how fragile life is, very aware and have been for a long time."

The fragility of life was something which became abundantly clear to Bazemore amid his health battle.

"There's usually a lot of pneumonia involved because it's a respiratory issue," Bazemore said. "So, I went to get tested. I didn't feel good, and I went to get tested at a smaller clinic. They immediately said my blood oxygen saturation level was low. And so they said, 'We're going to do a chest X-ray."

"So they did, and I said, 'I want to see that.' So I looked at it and you could see the dots, and I thought it was cancer. I'm like, 'Is that cancer?'

Bazemore headed to his local hospital, and discovered the severity of his condition.

"My son Dashiel drove," Bazemore admitted. "He didn't even have his license yet and he drove me to the ER."

Bazemore spent time at the hospital, where the medical staff loaded him up with two antibiotics. During his treatments, Bazemore was running a high fever but still sent home to recover.

"As long as I stayed on Tylenol and Advil for the fever, and as long as I stayed ahead of it, it was manageable," Bazemore recalled. "But if I got behind, then it was like sickness like I've never been so sick. So sick I couldn't even sit on the frigging toilet. I was shaking so much. I was afraid this toilet was going to shake out of the floor. Those kinds of shivers and things."

By Saturday, Bazemore said he could feel the physical effects of his oxygen levels drop.

"I didn't feel well (beyond what I was already experiencing), and I thought something was wrong," Bazemore explained. "I've had oxygen before from racing, and I felt like I needed oxygen. I was in my living room and was like, 'Man, if I had oxygen, I would feel better.' I would take it and I'd feel better."

Precisely as Bazemore sensed, his oxygen levels were low - dangerously low. Doctors admitted him into the hospital.

"They did another chest X-ray, the doc came in, and he said, 'It's way worse than the ones from last week, and you're staying here,' " Bazemore said. "The mental part of it for me was just real, black and white. I never got worried. For a moment I thought, 'Well, this is it. This is how it goes.'

"You read about people with coronavirus, and they're here one day and gone the next. I mean, and it's ... literally, you're here one day, you're kind of normal, maybe you're a little sick, and the next day you're dead. And that's what I was thinking. I'm like, 'Well, this is it—nothing I can do. I can do the best I can.'

"It's like when (the Funny Car is) on fire, and you're going down there, at some point, you can't really drive it much anymore."

If anyone knows the perilous experience of being on fire, and in a crash, reluctantly it's Bazemore.

"I was totally at ease with everything," Bazemore admitted. "So it's like, 'OK, have I lost my will to live? I don't know. I don't think so.'

"You can't. I'm a firm believer in you can't get excited about things that you can't control, and that's my motto in life, is if I can't control it, I don't worry about it. And so this was the same thing. It's like, there's not a lot I can do. If my oxygen levels go off the cliff, then that's it. I'm taking deep breaths. I mean, I was working it, but at the end of the day, that's what helped me the most, was my underlying level of fitness because my heart rate's still at age 57, my resting heart rate at night is in the 30s." 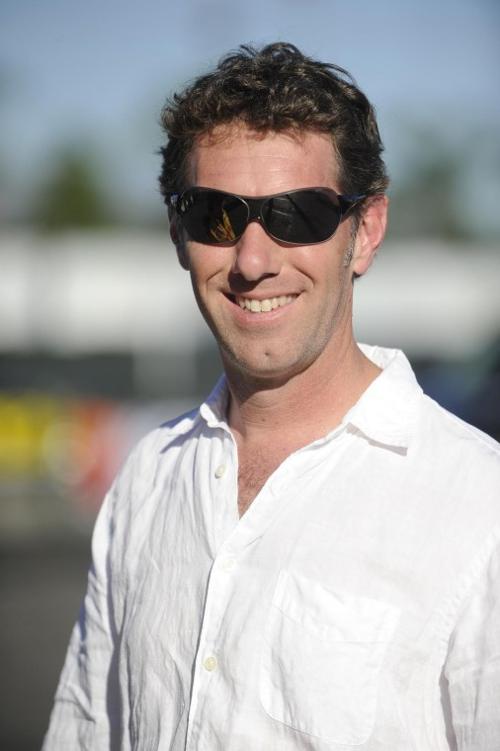 A low heart rate in the hospital was cause for alarm for the hospital staff. In Bazemore's case, he unintentionally meant literally.

"The alarms kept going off all night," Bazemore recalled. "The alarms for the oxygen and everything else and blood pressure and pulse rate, all that stuff. And I kept telling the nurse like, 'Look, you got to turn it down because ...'

"'No, we can't turn it down,' " Bazemore said the nurse responded.

"I think the number they had to have it at is 40. And so every time it went under 40, the alarm would go off, and it's like, 'No, you got to set the alarm for like 35 because my resting heart rate will be 37. That way I can sleep.'

"They wouldn't do it. But my doctor ended up telling me, 'You know, the heart rate thing is huge because you're able to pump more blood and per pump, and that helps you. That helps with everything.' "

Bazemore admits despite banter which suggested he was in ICU, was in the next level down - a critical care unit of sorts.

The turning point, Bazemore believes, was a donation of convalescent plasma from a recovered COVID victim. But Bazemore, being Bazemore, as many of those who know him will admit, wasn't fond of the initial plan to provide what has proven to be an effective treatment. It wasn't that Bazemore didn't believe in the process, it was merely a timing issue - because the medical staff came with the plasma at 4 a.m.

"I'm like, "Why can't they deliver this at like five in the afternoon?" Bazemore regretfully admitted "But four in the morning, in they come. I already can't sleep, because the alarms are going off all the time because my heart rate's too low. And now, this stuff shows up then. And they come in and plug in the IV, and that was it."

Bazemore says the first day he becomes eligible to donate plasma, he will be there.

"I felt so much better the next day, I'm going to give as much as I possibly can," Bazemore said. "I really mean that. And I'm not talking once. I don't know how much you can give. But if it's like giving blood down at the blood bank, then great, I'll do it once a week - whatever I can do, because I really think it helped save me."

Hindsight being 20/20, Bazemore wishes they'd brought the plasma treatment at 3:30 a.m. regardless of his crankiness.

Bazemore admits he read just a couple of the accounts of where people in the drag racing community came down with coronavirus and while he didn't know where or when, he had a premonition he had a date with the monster that was on its way.

"I had a premonition about, I don't know, three or four weeks ago, that was like, 'I want to go to Europe.' I can't go to Europe for my work, and I'm very frustrated about that because of our country's mishandling of this whole thing. I thought to myself, 'If I get it and then I have the antibodies, maybe I can go to Europe. Maybe Europe will let me in the EU.'

"I had that thought in the back of my head. It's kind of like, be careful what you wish for, of course. But I had it in the back of my mind. I had a premonition that I might get this. And do I want it? Is it scary? Will I die or live or whatever? You have to answer all those questions. But for me, I'm on the other side of it now."

As Bazemore understands now more than ever the seriousness of the coronavirus, he urges the drag racing community to be proactive in their personal research. And as a member of the media community, he believes it is paramount to their safety and well-being.

"Get your news from real sources," Bazemore counseled. "It's not about politics. But there's the New York Times, there's CNN, there's ABC, NBC, CBS, even Fox, but believe real news. Don't just get the stuff off the internet, some website, because it's not correct. And believe in science. (Dr.) Anthony Fauci has been around for four administrations, and the guy's smart. He knows the answers.

"Wear masks. Wear masks, they help. Give yourself six feet. Don't discount this thing, because when you get it, and it'll get anybody, it doesn't matter who you are. You can be on a beach with 20,000 people or 200,000 people, and there might be a hundred people that get it. You could be one of them. Take it seriously. Don't discount it. Be healthy, eat right, sleep right, exercise right. Know that coronavirus is real, it's not some made up BS."

And as a coronavirus survivor, Bazemore, though never shy of speaking his mind, has earned the right to speak in this arena. It was quite a price to pay, as Bazemore will confirm.