WHEN A DRAG RACER STUDIES GENEOLOGY 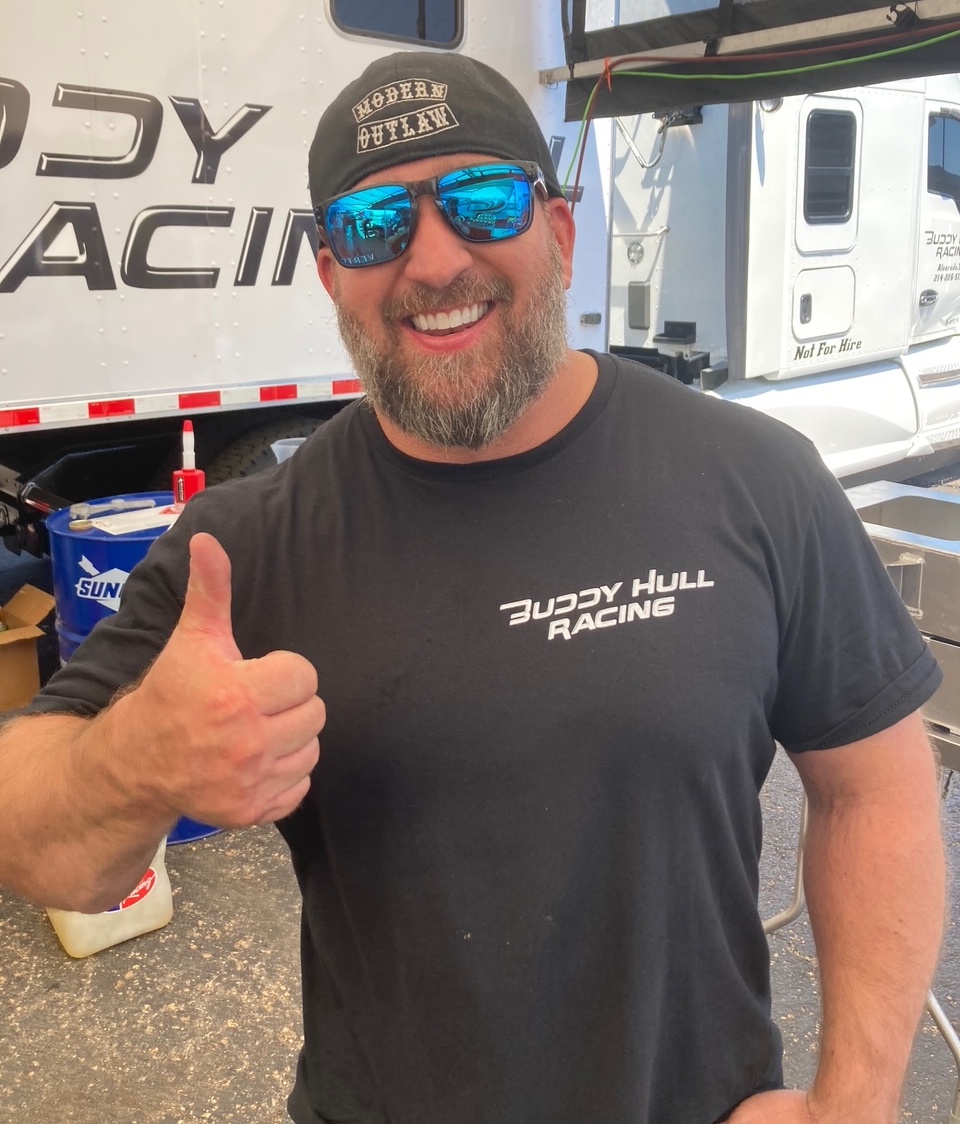 You know your family is badass when they name a colony after you.

Buddy Hull is blaming it on ancestry.com, the DNA-based genealogy website where patrons spit in a cup, send it off and wait for weeks to learn how many famous kin-folk they have.

That's what the Texas-based Top Fuel driver Hull did, and the results have him knee-deep in tracing the family tree.

"No one in my family really truly knew how our family got to the U.S.," Hull said. "Four years ago, I really took it upon myself to learn. And so I did the typical, I spit in the cup and sent it into ancestry.com, and they got me started."

Sure enough, Hull realized he was a member of a family with a reasonably famous military heritage.

"I kept digging, digging, digging, and it actually got very addictive," Hull said. "I spent two to three hours a night looking at the thing. And to boil the fat off of it, and we triple, quadruple verified it, my family first came over here from Hull, England, and settled what is the area of Massachusetts which used to be called the Hull Colony, which I think is just so cool."

His folks might not be on the same level as William Wallace, the character portrayed in the movie Braveheart but he's got the Reverend Joseph ... Hull.

"Actually, his last name in England wasn't Hull, but he wanted to bring the Hull name to the future to-be United States, but at that time wasn't the United States yet," Hull said. "So he took on the last name Hull, which is really cool. And then the next piece is, it continued on, and Isaac Hull, which would be my fifth great-grandfather, was the captain of the U.S.S. Constitution in the war of 1812."

Hull wouldn't go as far as to say chasing one's family tree can be as addictive as racing a Top Fuel dragster, but it can be a close second.

"And then when you really start to research and you look at your roots, your deep roots, you realize how, even in modern times, it transfers over. I know what type of person it took to get on a wooden boat and float from England to the United States to settle here. I mean, that takes some serious guts, right? It's serious, right? It's risky, right?

Then Hull sees his characteristics of desiring to lead, and he understands where the spirit came from.

"I look at my life through always being the leader of something and being a business owner, an entrepreneur, and taking risks and driving race cars and competitive powerlifting," Hull said. "No matter what I do, no matter whatever it takes, be the best at it. And so it's funny because, in my eyes, it's a direct correlation. It's genetics. It just is. There's no way... You can't defy genetics."

So what would Grampa Isaac say about grandson Buddy Hull's dragster?