WAS IT A THROTTLE BLIP OR A DRY HOP? 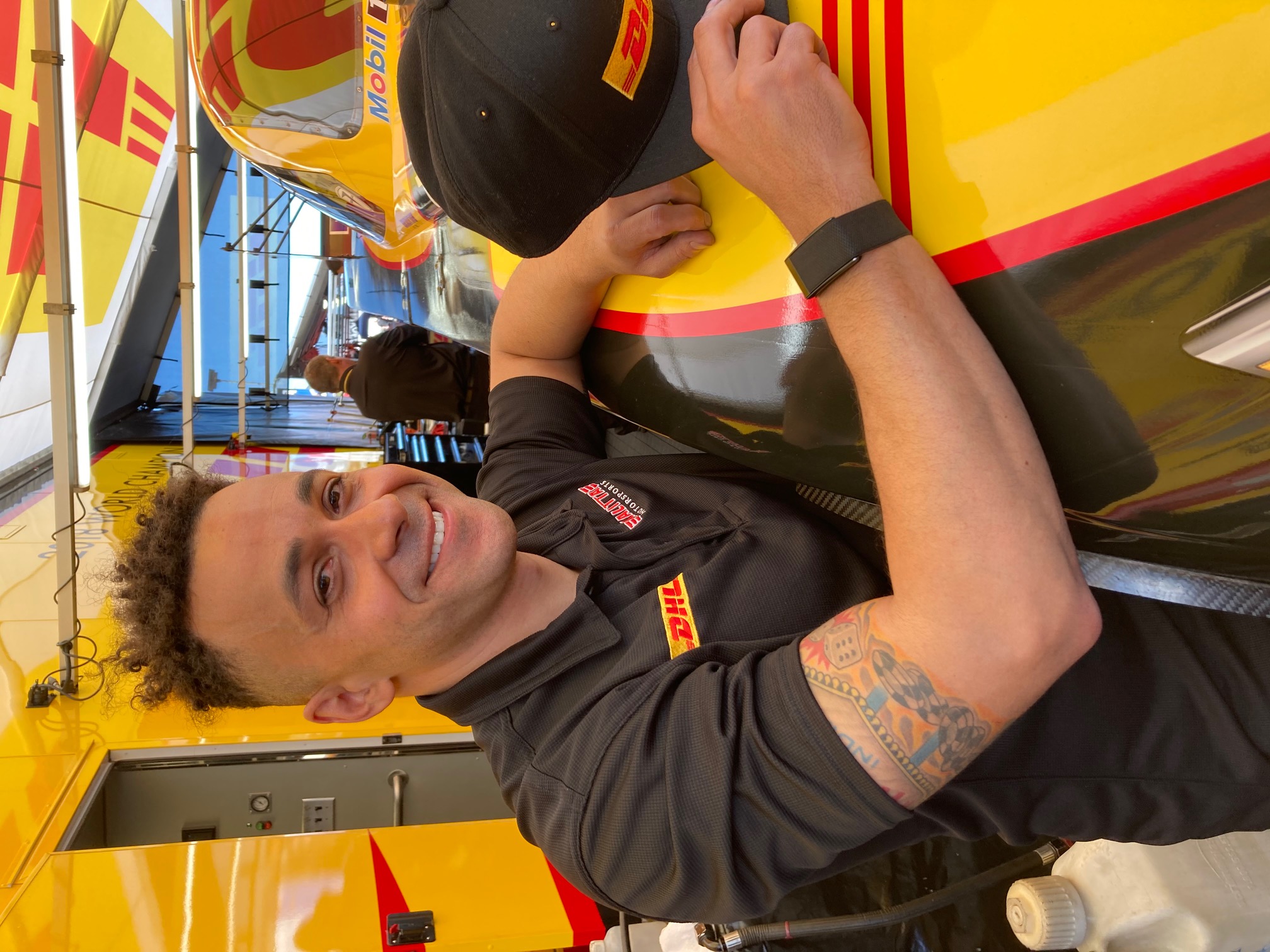 In the 1990 motion picture Days of Thunder, fictional stock car racers Cole Trickle and crew chief Harry Hogge had a conversation regarding interpretations in racing.

Harry Hogge: Cole, you're wandering all over the track!

Cole Trickle: Well, this son of a bitch just slammed into me!

Whether Funny Car standout J.R. Todd and his crew chief Jon Oberhofer had a similar conversation over the headsets when the clutch pedal on the DHL Toyota Funny Car became compromised during the second round of the NHRA U.S. Nationals in Indianapolis remains to be seen.

The situation forced Todd to nail the throttle twice to bump his Funny Car into the staging beams. He flawlessly executed the maneuver, and while he lost his second-round race against Cruz Pedregon, he certainly put on a show for the near-capacity crowd at Lucas Oil Raceway on Sunday.

NHRA announcer Alan Rinehart called Todd's actions "blipping" the throttle. Had old school legends and showmen Raymond Beadle or "Jungle" Jim Liberman been around, they might have determined that the kid pulled off two superbly performed dry hops.

"It might not look like I was intending to do some dry hops, but that definitely is not what was going on, but it turned out that way," Todd said.

Following the burnout, Todd pushed in the clutch, and in doing so, it bent the pedal, which caused it to hang on the clutch stop.

"When that happened, the pedal was stuck to the floor and I was pretty much dead in the water," Todd explained. "It's like the thing was stuck in neutral, which is why they had to push me back from the burnout. Once I got back to the starting line, and John was rolling me forward, well, I can't roll forward.

"That point I started blipping the throttle, not trying to stage the car necessarily, but to try and free up the clutch pedal. The first time I did it, it didn't do anything. The second time I made sure I hit it harder. That's when it released the pedal. It also staged the car at the same time."

While Todd appreciates the sentiment of those who determine his actions to be a throwback to the old school, he's quick to point out dry hops and today's modern Funny Cars just don't jibe.

"You're supposed to do dry hops in a nostalgia car, but I don't know about today's big show car," Todd said. "I wouldn't necessarily recommend it because the result was just a combination of what happened to the pedal and me. Blipping the throttle just wore a bunch of clutch and went out there. I mean, it was running good until it wasn't. Just mowed through the clutch and pulled on the motor really hard and went out there and ended up blowing up, but it definitely made for some exciting times."

This doesn't mean he wouldn't be all for it if clutch manufacturer Rob Boninfante at Boninfante Clutches, the primary supplier of the product to NHRA teams, developed a dry hop capable clutch for competition.

"If there was a way we could do them, I'd be all for it," Todd said. "It definitely creates some excitement and from what I hear the fans enjoyed it. It was cool to be a part of that, but at the end, I would trade all that for another US Nationals win. Trust me."