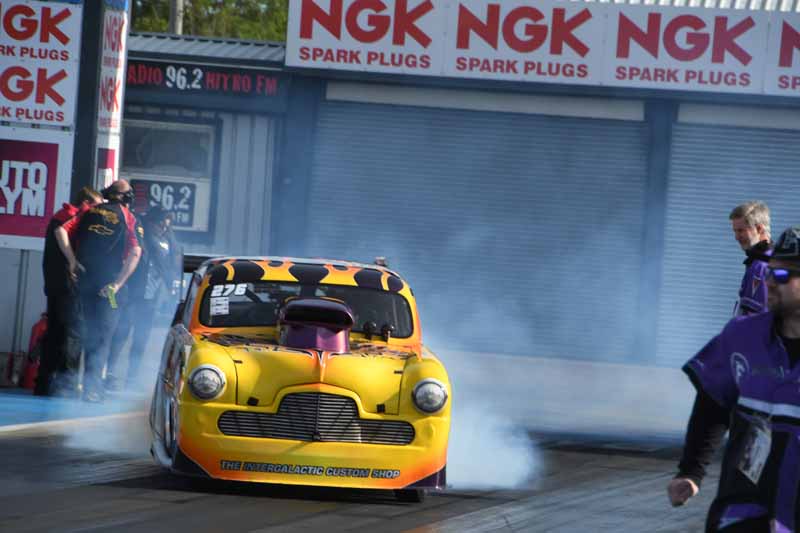 American fans of the straight-line sport are experiencing difficult times due to restrictions necessitated by the Covid-19 pandemic, the National Hot Rod Association’s prime national event schedule of 24 events having being decimated through curtailment of many races. Coronavirus has invoked a literal shutdown of many facets of daily life, starting in mid-March and continuing in an onerous manner to this day.

Over in Europe, matters have been equally challenging for drag racing devotees, with Europe’s prime quarter-mile strip, Santa Pod Raceway, being obliged to cancel numerous events at the 250-acre site situated on the county borders of Northamptonshire and Bedford, some 70 miles to the north of the capital. It has been particularly galling insomuch as there were 72 events on this season’s calendar, which would have made it one of the world’s busiest tracks -- running from mid-February through to the first week of December. There’s truth in advertising as the well-chronicled rural facility bills itself as the UK’s most action-packed venue…

Operated under the control of Trakbak Racing Limited CEO Keith Bartlett, whom, incidentally, acquired the venue in 1996, the former World War II USAF bomber base at Podington would typically host both the season-opening and season-wrapping FIA/FIM European Drag Racing Championships that comprises a 6-race series that starts in Blighty and wanders around Europe and Scandinavia before ending up back at the Pod that, incidentally, proudly claimed the kudos of being Europe’s first permanent drag strip when it opened at Easter 1966. 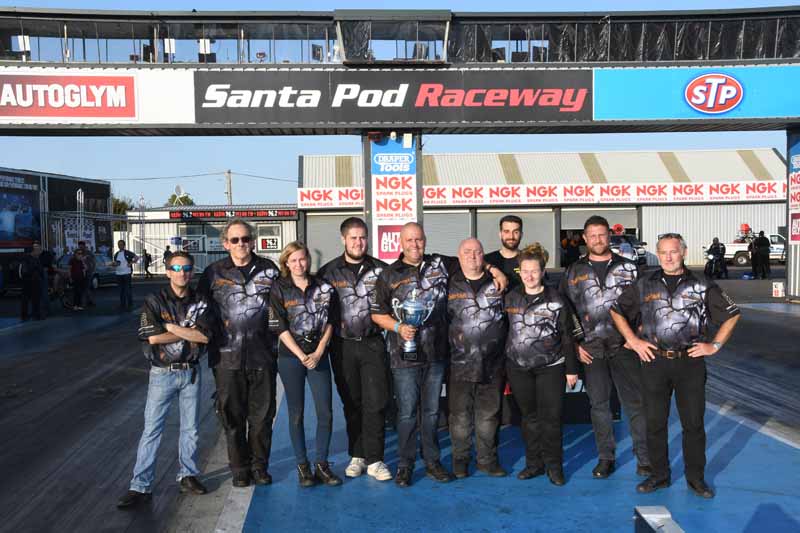 Plans were in hand for the 2020 banner season to administer the series through a newly formed company – Drag Racing Europe – comprising member tracks and Sweden’s Speedgroup, with septuagenarian Bartlett as the chairman. The savvy South London businessman is also the commercial rights holder of the FIM European Drag Bike Championship and the United Kingdom’s British Drag Racing Championship, the latter being organized in conjunction with Motorsport UK.

“I’ve never before had to cancel any of our events, though some have had to be postponed due to adverse weather,” Bartlett said. “The enforced shut down has necessitated furloughing some 35 of a total 40 permanent staff members, to say nothing of the 200 part-time workers that are employed as and when required. Although it has been commercially disastrous for the facility, the show must go on, and financial arrangements have been put in place to ensure the track doesn’t go out of business. I’m fortunate that there is a fiercely loyal brand following from fans far and wide, including many in the USA that watch the free-to-view live-streamed web broadcasts from the track.

“Motor Trend TV has recently come on board and will be airing existing Pod programs. There’s also been discussions with Discovery Channel to broadcast shows specifically made for them. And with Santa Pod social media having a total following of around half a million, we certainly need to keep people fully informed of what’s happening; one reason why I introduced Santa Podcasts – seven in total – to add additional entertainment value while the track was forced to curtail activities.”

Having enjoyed a close working relationship with NHRA management from before the millennium, Bartlett has wisely employed his trips to America to not only fully familiarize himself with every aspect of track operation but also to enlighten sundry Stateside tuners, crew chiefs, and drivers to the British scene, following a practice of bringing over members of the straight-line family that began way back from the first year that Santa Pod Raceway opened its doors.

Ron’ Rat Trap’ Hope was due to be on hand in July for the decade anniversary of Dragstalgia (Europe’s premier nostalgia racing event) to match race Havoc, the UK-built AA/ Fuel Altered entry that garnered class laurels at the 2017 edition of Bakersfield’s California Hot Rod Reunion. 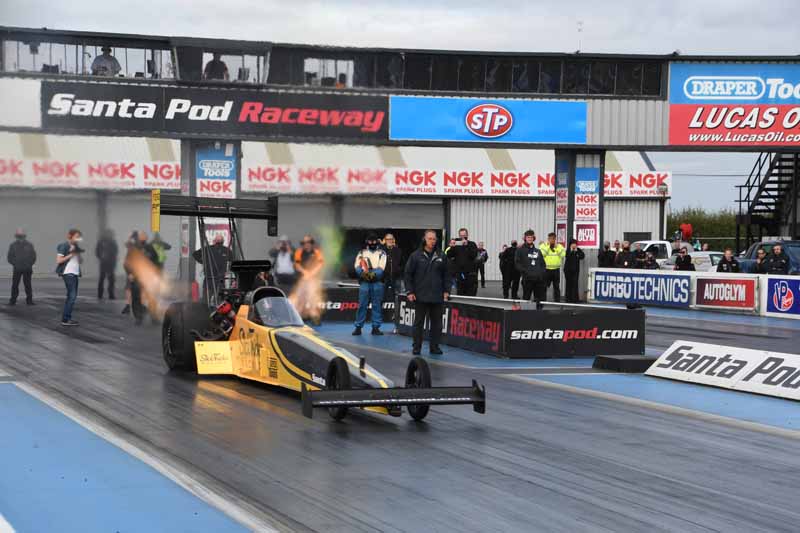 This eagerly awaited Britain versus America pairing unfortunately never happened – as did the meeting itself– but September’s downsized STP-presented NOT the Euro Finals 3-day affair did go ahead with an American tuner on hand with one of the Fuel teams.

With the longtime drag racing devotee returning prematurely to England from the abbreviated Amalie Motor Oil NHRA Gatornationals spring race, he was separated from Swedish Top Fuel driver wife, Susanne Callin, and their two Jr Dragster-driving daughters, Jacqueline and Lara, the so-named Slick Chicks triumvirate remaining at the family home in Stockholm. At the same time, due to travel restrictions, Bartlett self-isolated at his house in the London suburb of Bromley.

Working all available hours to keep the track from going under, the precarious situation has eased somewhat since the facility was allowed to restart operations in July, the so-named Back on Track test days held on back to back weekends behind closed doors as the local authorities, and Public Health England checked that mandated protocols, restrictions and requirements were being observed. The two events were deemed to pass muster, and permission was given to put on events with paying public admitted, albeit with limited numbers of spectators and allocated pit parking, camping boundaries, grandstand seating, and no customary standing allowed on the lengthy grassed banking area.

Foreign tracks that traditionally host rounds of the FIA/FIM championships were also obliged to shut down for many months, making the current season largely null and void as far as major meetings are concerned; Sweden’s Tierp Arena, which opened to much fanfare in 2011, is currently being offered for sale following the demise of its owner and Kauhava Raceway – formerly a military base and now part of a business park – situated 250 miles northwest of the Finnish capital, Helsinki, was earmarked to take the place of Alastaro Circuit in the south after that facility was banned from hosting racing due to alleged concerns about possible groundwater contamination. Even Germany’s biggest and best drag race – the late summer NitrOlympX hosted by the famed Hockenheimring – was knocked on the head due to coronavirus. An FIA 6-race European series covering May through September has been approved for 2021, again starting and finishing at the Pod. 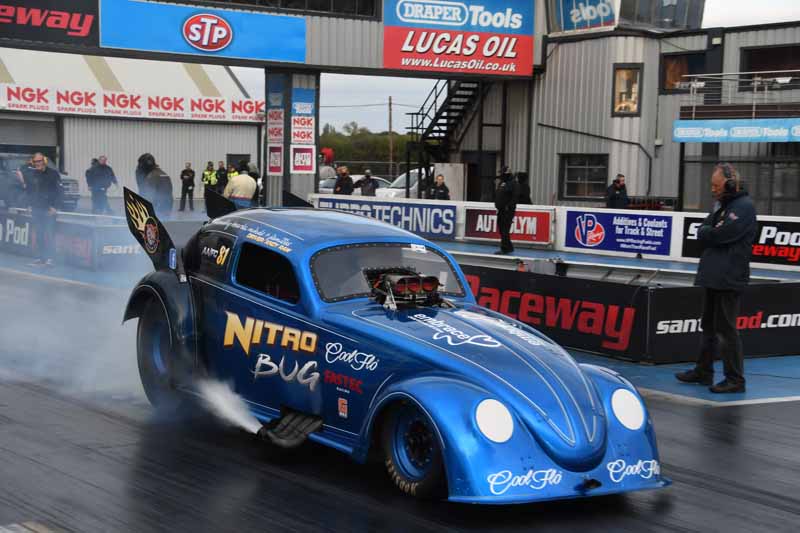 Although the CEO sees 2021 as a “year of containment” for the sport, past representations made through interested parties in Spain and Malta will hopefully, in due course, add a further two venues for the European Championship Series, making for an ‘ideal’ total of eight. Time will tell whether these plans come to fruition. Still, for the sport’s prime mover and a man with an all-consuming passion for drag racing – he formed Slick Tricks Racing back in the Seventies and reluctantly walked away at the end of that decade due to general politics and disagreement with the then owners of the Pod – it was kind of inevitable that withdrawal from the quarter-mile scene in 1979 would not be the end of his involvement. The entrepreneur duly went on to create successful business partnerships that provided the financial wherewithal for him to become further immersed with racing, starting with the formation of the European Top Fuel Association, which was created in 1990 and ran for five years from ’91 thanks primarily to his generosity and, of course, full support of the race teams involved. The impetus to create the National Hot Rod Association-approved ETFA came about following two years – 1989-1990 – during which Bartlett was able to engage with the world’s largest motorsports sanctioning body when traveling Stateside and fully experience the workings of every department, thanks to the support of long-serving luminaries such as Dick Wells, Carl Olson, Bernie Partridge, and Wally Parks. Carl was accommodating, the critical player also making trips to the UK to further the close transatlantic liaison that later led to him becoming a British Drag Racing Hall of Fame inductee in 2012.

The all-important specialist art of track preparation was also taught to both Bartlett and Sweden’s Kjell Pettersson (Pod track manager), courtesy of the kind cooperation of then Director of Competition, Steve Gibbs, and the Safety Safari team.

As matters are concerned at the time of writing, commercial agreements currently in the pipeline that would have further expanded the strong Santa Pod brand name through wholesale apparel sales have been put on the back burner because of coronavirus, as have other pertinent marketing plans earmarked for early 2021.

Finally, for those diehard fans desirous of watching banner-headline Pro competitors in what is the fastest motorsport on earth, Santa Pod is the only quarter-mile facility in Great Britain where the sensory-assaulting experience can be thoroughly enjoyed. Just as well, approaches to buy the place for housing development have been firmly rejected by the headstrong boss, who’s well aware that were this proposal to go ahead, it would realistically spell the end of the sport in Europeas many know it. It’s a sobering thought, to say the least.