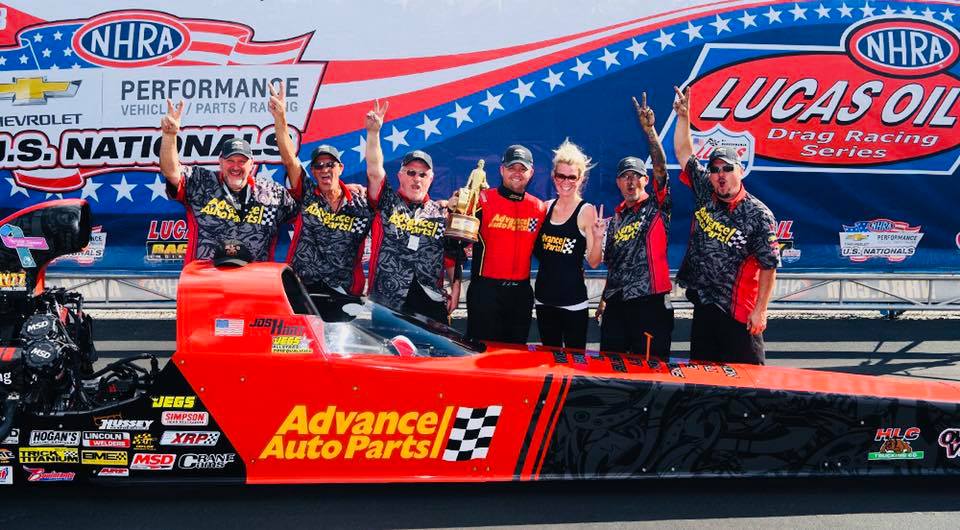 Since 2015, Josh Hart has been competing with his own team in the Top Alcohol Dragster ranks in NHRA’s Division 1 with plenty of success.

Now, Hart is ready to take the next step in his racing career as he plans on getting his Top Fuel license.

“I will get my Top Fuel license at the beginning part of this upcoming season, probably in late March,” Hart said. “We are in negotiations with two separate people right now just to see where we are going to land. We are not going to purchase a Top Fuel team at the moment. We are just licensing and then we will make our debut by renting a car.”

Hart, who has established himself as a championship contender in the Top Alcohol Dragster class, will compete in a full TAD season in 2019 while pursing his Top Fuel dreams.

“The Top Alcohol Dragster experience has been very, very good, and we will probably run two or three races (in 2019) in Top Fuel to see how it goes and then we will go from there,” Hart said.

“Business is good, and A-Fuel has been really, really good to me, but obviously to get the exposure you’re after, you’re trying to go to Top Fuel,” Hart said. “I’m just trying to make the leap. I definitely have every aspiration of going to Top Fuel. I’m very excited.”