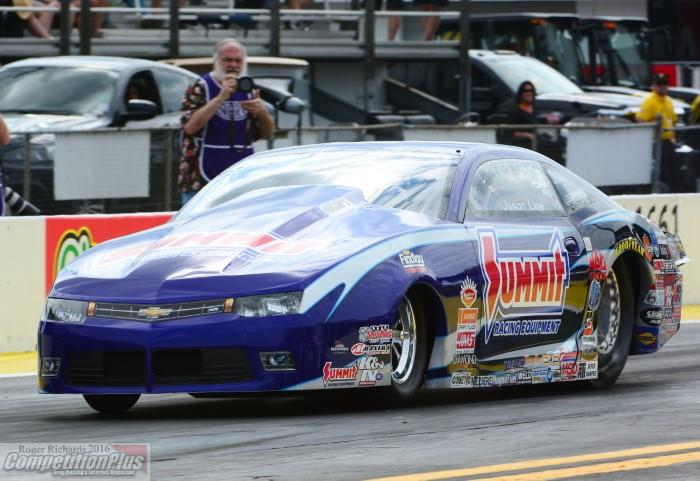 CompetitionPlus readers, by a margin of 72 - 28 percent, believe NHRA Pro Stock is dead.

NHRA, when facing a class in obvious decline, instituted a new set of rules aimed at revitalizing the factory hot rod division.

The NHRA is 12 races into the 2016 season, and only five have attracted a full field of entries.

The anticipated revitalization of the class has become a one-team intramural competition with the three-car KB Racing team qualifying one-two-three at nine of 12 events, accumulating 253 of 270 available bonus points. A member of the three-car team has led all 46 of 47 qualifying sessions, qualified No. 1 at 12 events and have accounted for all wins this season.

CompetitionPlus.com readers are very vocal on the subject.

"It is done just look at the stands! You have to be a diehard race fan to understand the technology in these machines and the average person showing up to an event does not know. Times have changed, and this class has not changed with it. Too many rules for one and if you go to a local event, you can see more exciting door cars go down the track with turbos and 800 cubic inch motors, not a screaming little 500-inch overpriced pro stock."

Si Guthrie added, "I think they finally priced themselves out of business; the cost isn't worth the return."

Not all readers are ready to kill the division.

Stephen Prado offered, "For Heavens sake, Pro Stock is not dead because one team is winning nor is it dead because there are not full fields. The same thing is happening with the nitro categories, and no one is saying they are dead. The Summit teams found something, and it may take a while, but the other teams will catch on. It has something to do with the Fuel Injection I am guessing and the change. Besides this is not the first time the Summit teams have won most everything."