NITRO MEETS NOSTALGIA IN ADRL FINALE AT THE ROCK 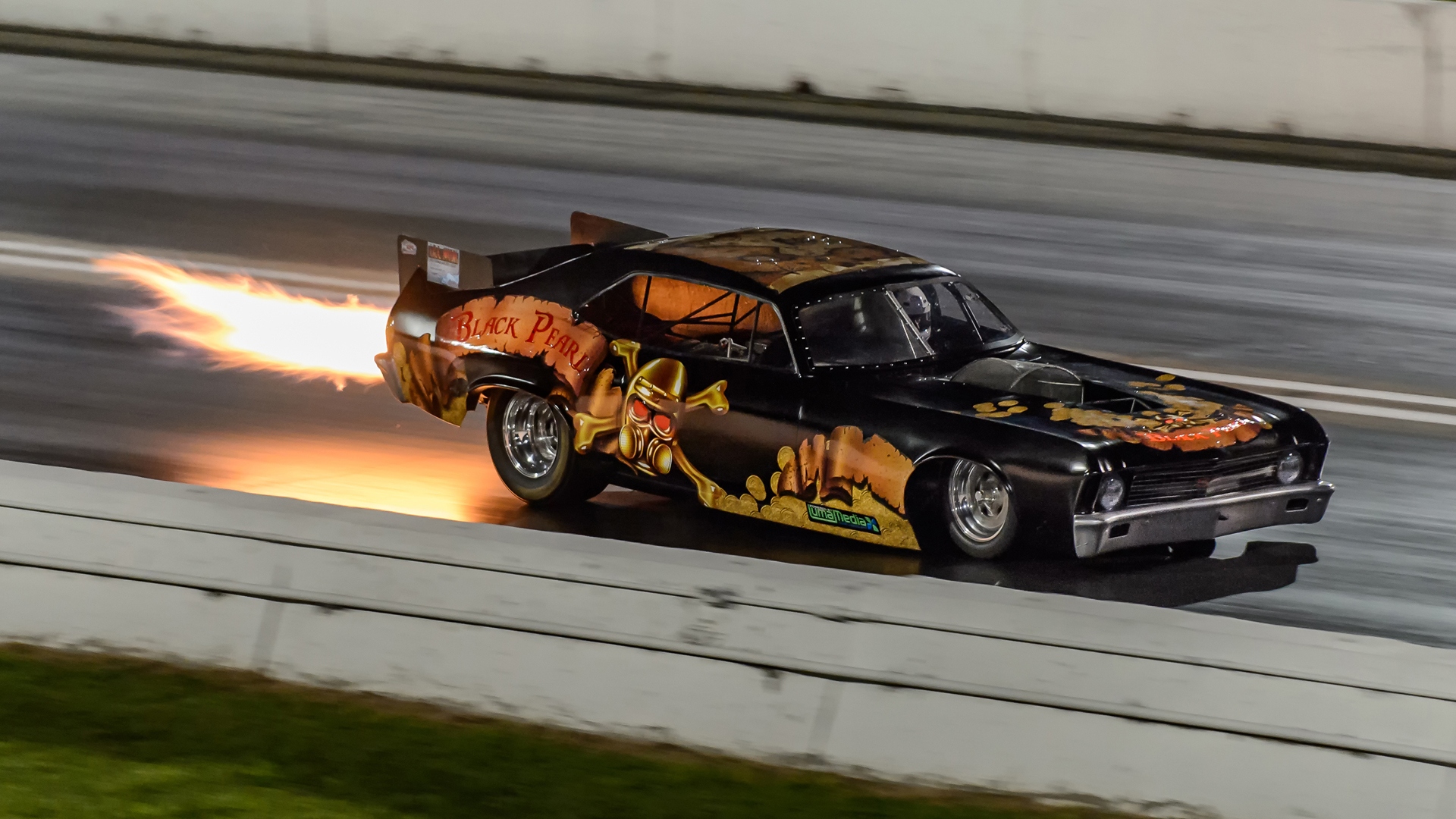 The nitro-burning nostalgia Funny Cars of John “Bodie” Smith and Jim Gifford will share the spotlight this week with Nitro Harleys, Pro Modifieds, “The Reaper” 1968 Camaro from the hit TV series “Street Outlaws” and the one-of-a-kind “Black Pearl” jet-powered Pro Mod as the ADRL season races to a close with Dragstock XII at Rockingham Dragway.

The program also will crown champions in Top Dragster, Top Sportsman, two Jr. Dragster classes and two bracket classes.  Admission is free.  Parking is $20 per carload or $10 per motorcycle.

Smith, who is married to former NHRA Top Fuel tour regular Rhonda Hartman-Smith, is the son of veteran Paul Smith of Boynton Beach, Fla.  The elder Smith, who finished second in the world in the NHRA Funny Car class in 1974, is both the owner and tuner of the 1971 Dodge Challenger driven by his son and the 1970 Dodge Demon driven by Gifford.

As an added bonus, the race will feature the members of Supercharged Thunder and the Geezer Gassers, two groups whose vehicles were popular in the golden era of hot rodding.  They include the 1948 Fiat Topolino of Gary Collins of Thronville, Ohio, the 1940 Willys truck of Charlie Long of Akron, Ohio, along with everything from early model Studebakers to Anglias to ’40 Fords.

Throw in Scott Braskett’s Galena, Ohio-based 1953 Corvette, the 1937 Chevy Coupe of Jamie Parker of Bowling Green, Ohio, Tim Devore’s ’57 Chevy Bel Air and a couple of supercharged combinations rarely seen on the track – Mark Geiger’s 1976 Chevette and Tom Richey’s 1985 Chevy Astro van, and one could make a case for ADRL as the American Dinosaur Racing League instead of the American Drag Racing League.

Friday’s program will feature pro qualifying plus the new Doorslammer War Games, a “run what ya brung” bracket race paying $5,000 to the winner and $2,000 to the runner-up.

The “Black Pearl,” driven by David Douthit of Colorado Springs, Colo., is a 1969 Camaro powered by a General Electric J85 jet engine of the type used in the Northrup T-38 and Northrup F-5 aircraft.  The “Black Pearl,” which traditionally closes the show at ADRL events, has become one of the series most popular attractions.

James Goad’s “Reaper” is powered by a nitrous-boosted big block Chevy engine that has made it one of the most popular and potent vehicles on the “Street Outlaws” show that originated in Oklahoma City.