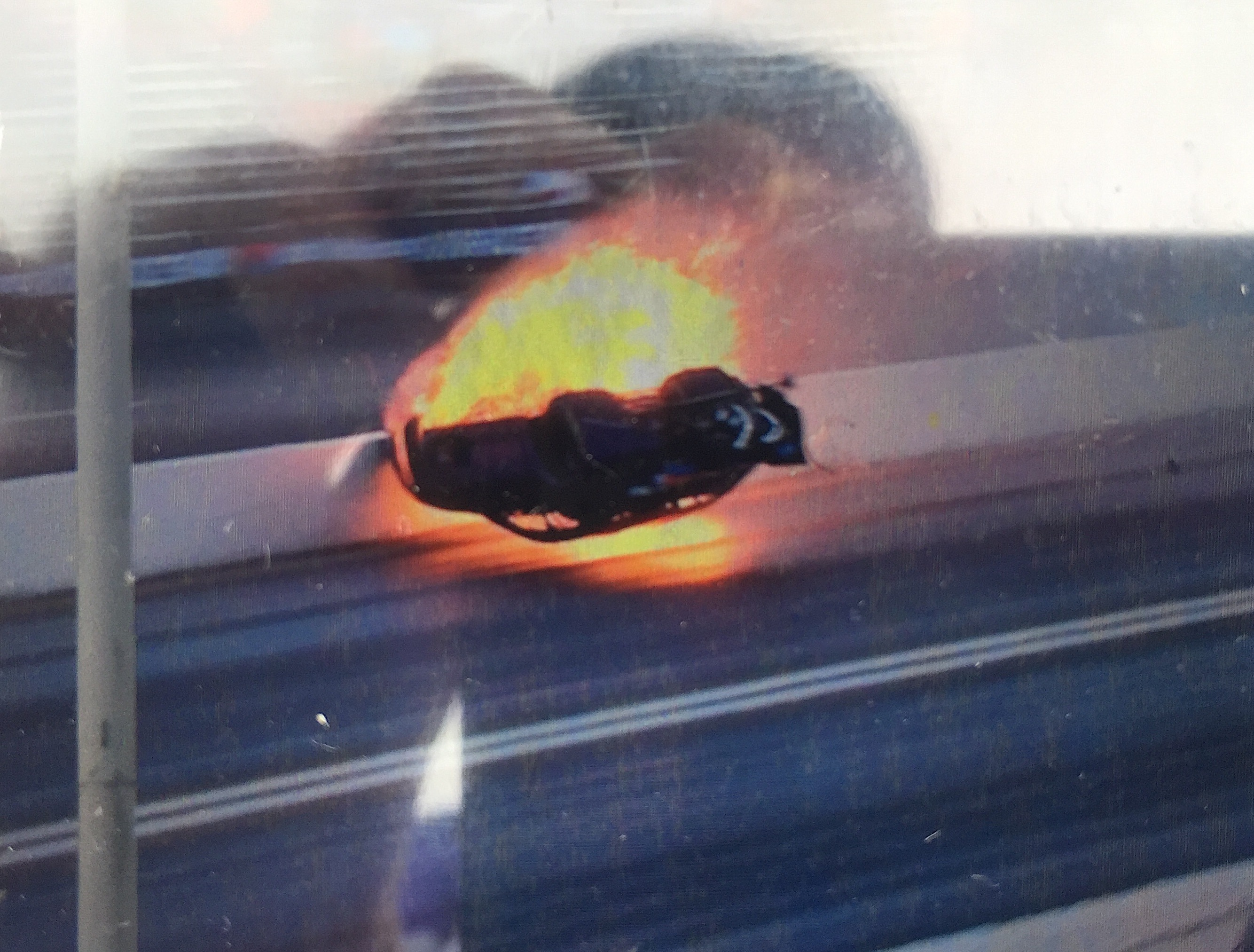 During the final round of qualifying at the AAA Insurance NHRA Midwest Nationals in Madison, Ill., Pro Mod driver Rick Hord’s 2018 Chevrolet Camaro lost control of his turbocharged 2018 Corvette and crashed.

Hord, who was not qualified prior to the run, pulled a wheelstand around the 200-foot mark, and made a quick move toward the centerline. He then corrected but the car then darted to the right. The race car then turned up on its side just before impacting the retaining wall just past half-track resulting in a quick fireball.

The car then ended up on its roof where it slid to a stop. Hord exited the car under his own power.