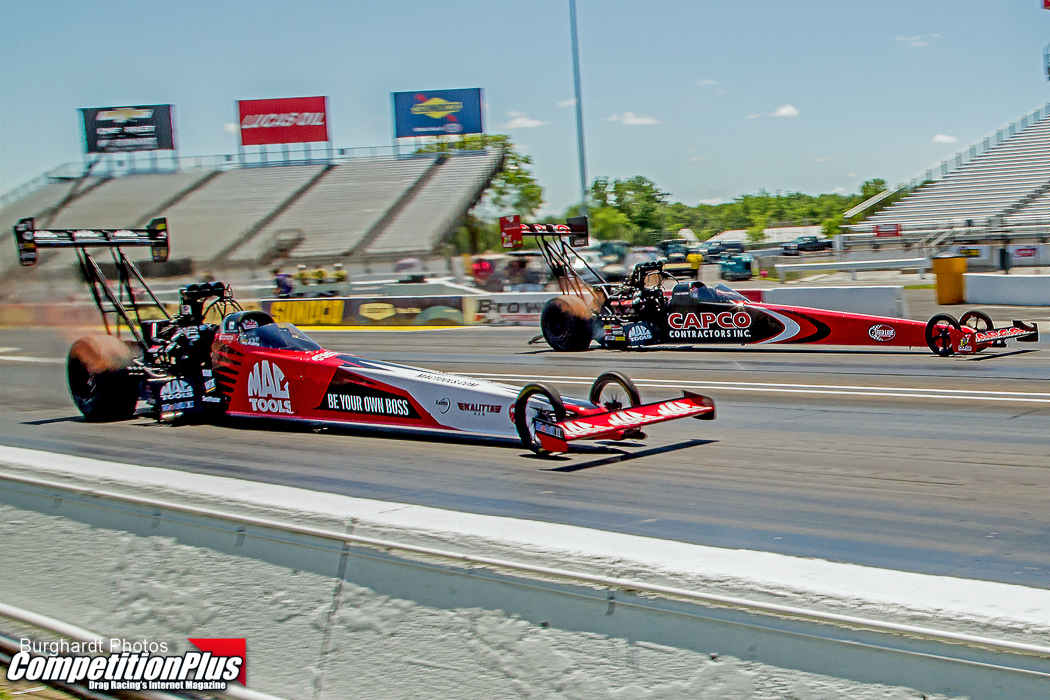 Billy Torrence’s even-keel personality never lets him get arrogant with an NHRA Top Fuel victory or upset about a loss, And he always describes himself as a member of the Capco Contractors Dragster team “by invitation only.”

After defeating points leader Doug Kalitta in the final round to win the E3 Spark Plugs Nationals at Lucas Oil Raceways at Indianapolis – and after eliminating his own son, reigning class champion Steve Torrence, in the semifinal – the elder Torrence continued to downplay his role on the team and in the sport. 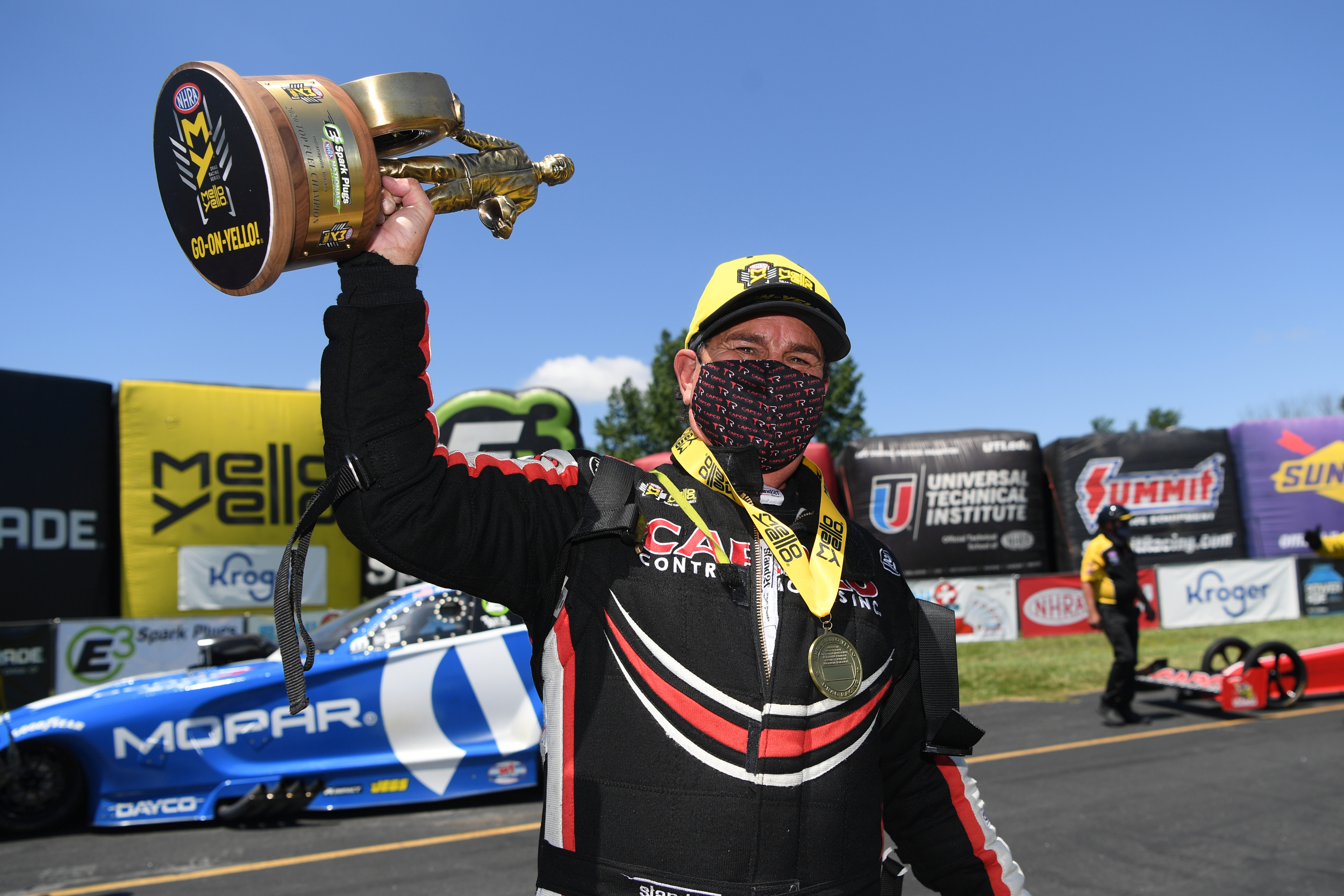 He deflected the notion that he’s looking like the team’s No. 1 driver following his sixth victory.

“No, I am the No. 2 driver. My car is right there with Steve's car. I mean, we don't have the same set-up in them, but we run almost identical. But he's certainly the better driver. I take a lot of tutoring from all the guys, and they keep me going.”

He insisted that he isn’t all that much of a secret weapon for the operation that his wife, Kay, actually owns and manages.

Every chamber was loaded Sunday, as he brushed aside Terry Totten, independent T.J. Zizzo (who had put up extremely powerful numbers in qualifying and Round 1 and set top speed of the meet at 326.40 mph), and his son Steve before overtaking points leader Doug Kalitta late in their final-round race to win by .012 of a second.

It was deflating for the Mac Tools/Toyota Dragster driver, who the round before had beaten Antron Brown to become only the second Top Fuel racer to hit the 700-round-win plateau. Tony Schumacher lead with 842 round-wins.

For Torrence, it reversed the results of last September’s U.S. Nationals Top Fuel final on this same fabled dragstrip.

It vaulted the Kilgore, Texas, racer into third place in th standings, nine points behind his son and 120 off Kalitta’s pace as the NHRA eyes a second Indianapolis race, the Lucas Oil Summernationals, this weekend.

Kalitta said, “I was happy to get to another final. My Mac Tools - Toyota Dragster was running really good on that run. Smoked the tired right at the very end. I looked over and there he was. It was just one of those deals. That is drag racing, for sure.”

He hinted that his .018 reaction time in the final round was a bit of luck: “I haven’t been very consistent today on my reaction time. I have been either really good or middle of the road. You have to keep at it. The reaction times are very critical in Top Fuel and, really, all the classes. You keep trying your hardest, and every now and then you get a little lucky. It was the time to do it. Unfortunately, we didn’t capitalize on it.”

But he said, “It felt good to be back out here. I am super proud of my Mac Tools guys.We were fortunate we didn’t tear anything up. We are going down the track and the guys are working together. I am looking forward to next weekend.  For all our sponsors like Mac Tools, Toyota, Mobil 1, RevChem andNGK Spark Plugs, we just really appreciate the support.”

“Super happy to get to the final at this first Indy race, and hopefully it is a success for everything that is going on to keep us coming back out,” Kalitta said, alluding to the fact this is the NHRA’s first race since February and the fact that uncertainty from state to state regarding coronavirus restrictions might jumble the schedule once again. “That is all I am hoping for.”

He said, “Hat’s off to Connie [team owner Kalitta, his uncle] for keeping everything together and getting us through these four months. I think we are all just happy to be back out here.”

Same for Billy Torrence, no matter how he fared Sunday.

If a Kalitta team reaches the final round, fans prepare to see a mosh-pit-like celebration if the team wins. But Sunday, the starting line looked more like a handshake-and-hugging hockey line-up following the Stanley Cup Finals. The Capco team and the Kalitta Motorsports team embraced each other one by one, signaling relief that the NHRA was permitted to put on an event after such a long drought and the rekindling of camaraderie unique to drag racing.

The moment clearly belonged to Billy Torrence, who has combined with son Steve to claim 35 of the 75 races contested since the start of the 2017 season.

But in a sense, it was a moment that celebrated everyone.