HISTORIC 409 NO DINOSAUR FOR WALDEN CLAN 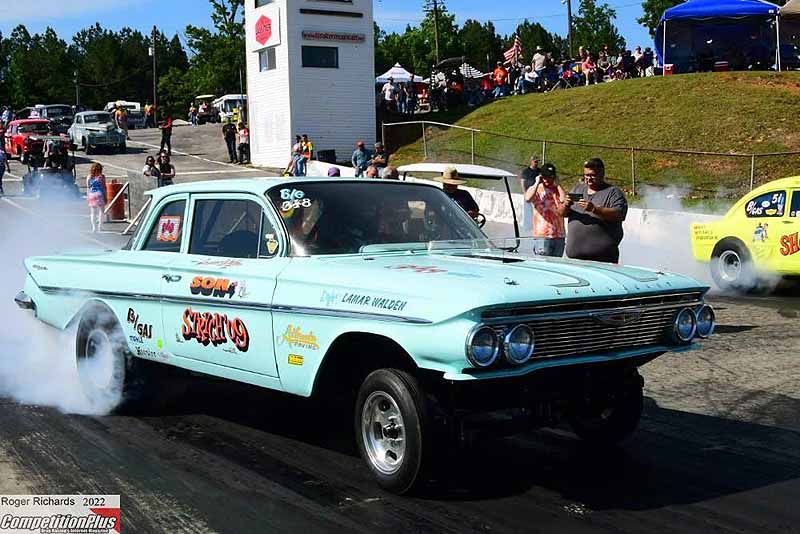 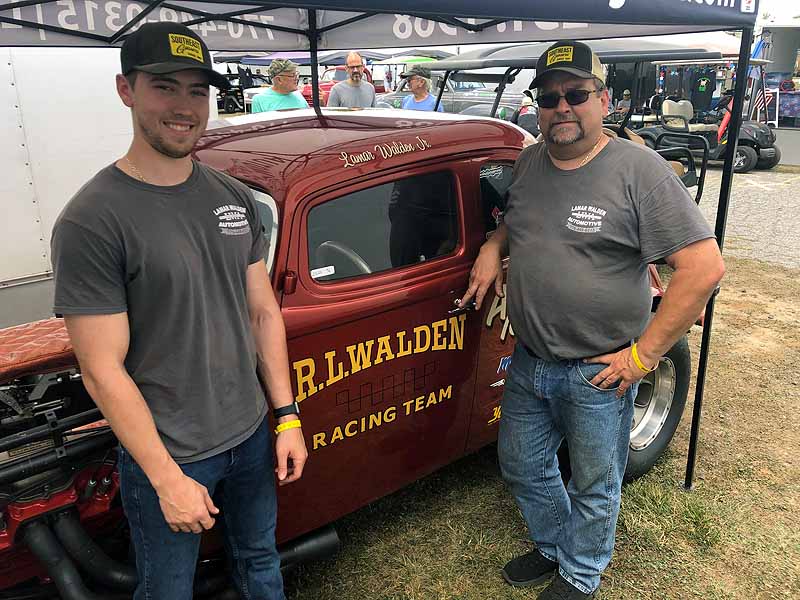 Touch of country in the city

It ain’t much but it’s home

That 1974 song, which paid homage to the Atlanta Rhythm Section’s hometown, helped put the band and the town on the map.

But that’s only if you didn’t already know the impact that drag racer and engine innovator Lamar Walden made for more than a decade in the 1960s-70s. He built a business around the success he found with Chevrolet’s fearsome 409 engine, and the lessons he taught his son Rob are evident today at tracks around the country.

In 1976, Walden dominated Pro Stock competition, winning 31 events in NHRA, IHRA, AHRA and match-race competition. It was in 1976 that he was voted the NHRA driver, engine builder and car builder of the year.

“There’s no doubt he was strong, he was tough,” said legendary team owner Buddy Martin of Sox & Martin fame. “You knew you’d better be on your A game when you went out to race him.”

Walden, the unquestioned master of Chevrolet’s 409 engine, died in 2015 after a three-year fight with colon and liver cancer. He was 72.

His legacy lives on, both on the dragstrip and in the shop at 6 Steve Drive in Doraville, the home since 1968 of Lamar Walden Automotive. Rob Walden, and Rob’s son, Robbie, help keep the founder’s name in the minds of old-school fans and racers with their cars on the Southeast Gassers Association circuit.

Chevy ceased production of the 409 in 1965, but Lamar and other 409 aficionados never lost their attraction to that particular powerplant. The 409 remains a staple of the family business, though not its sole focus, and Lamar’s family continues to use highly developed versions of the 409 in their SEGA cars.

“He always liked them, always raced them,” Rob said of his father’s affection for the 409. “He started racing Super Stock in late ’80s and nobody made any parts for them, so him being the engineering-type person he was, he started making them. We still make all kinds of stuff for them. It kind of turned into a lucrative niche business.”

Rob formerly raced in Pro Street, Super Stock and Pro Modified action before a brief retirement from the strip. These days, he competes in SEGA’s A/Gas class in a 1993 Willys equipped with an aluminum-block 488-inch engine until a 509 is ready. Robbie, who is 25, started racing last year in B/Gas, and his ‘61 Chevy – “Son of Strych ’09” – is powered by Rob’s previous engine, a 484-incher. Both are based on the 409.

“I put racing on hold for a while to start raising a family,” said Rob, who lives in Loganville, Georgia, 40 minutes from the shop.

Then, one day, he said that one of his friends opined, “‘We oughta go run some of these SEGA races.’ I said, ‘I’m not interested in bracket racing.’ He said, ‘It’s not that.’ 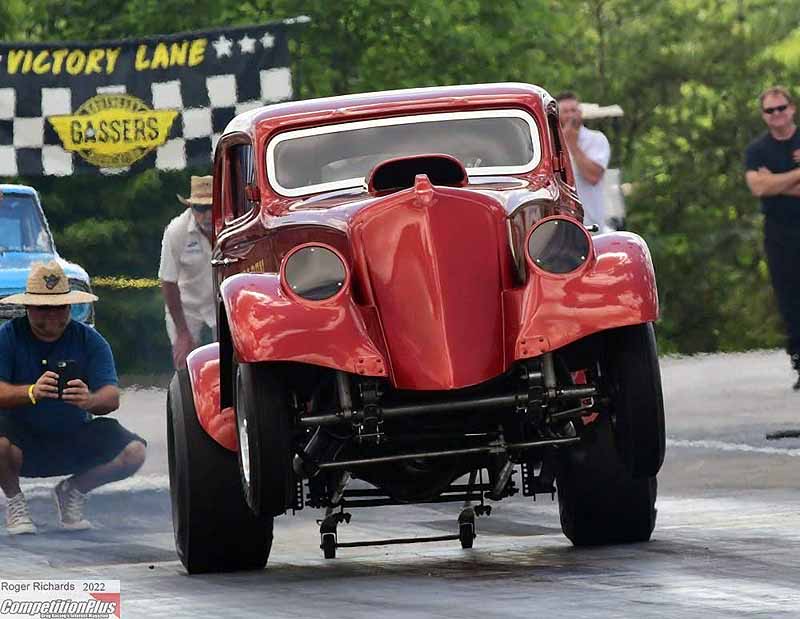 “I never raced anything that didn’t have a clutch in it and wasn’t heads-up. I was going to build a nostalgia Pro Stock car, but all they do is race brackets, and I didn’t want to do that.”

Instead, once he learned that SEGA racing was entirely heads-up in all its classes, that’s where he quickly gravitated. Through other racers on the SEGA circuit, he tracked down the Willys he now owns to a racer on the north side of Boston, Massachusetts. That lengthy drive was enough to dissuade some potential buyers in the South, but not Walden, who left Georgia on a Friday afternoon, picked up the car and was back home Sunday.

“He had the car set up for an automatic,” which isn’t allowed in SEGA competition, Walden said. To help make it SEGA-legal, series founder Quain Stott did some sheet-metal work on the car, put some pedals in it and equipped it with wheelie bars.

Walden missed two races in that first 2019 season as he cared for his ailing wife, Pam. He was a top-10 points performer in 2020 in spite of Pam’s death that April, and he won numerous rounds while juggling the business and being a father to four children.

Staying true to the 409, he said, is a unique challenge against the other SEGA challengers.

“It kind of makes me run with one arm tied behind my back,” he said. “To be able to compete with a modern-day Fulton (Competition) engine is tough.” 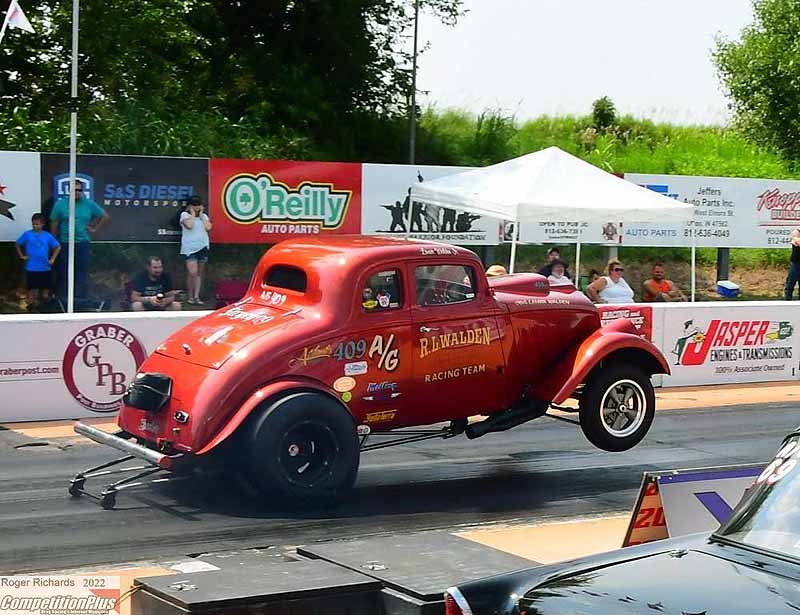 Rob’s Willys car isn’t identical to one his father raced, “but it’s basically built the same. I had it painted like his, and I have some original posters of him and Arnie Beswick match racing. That’s pretty neat as far as the history on that car.”

Another car with “history” is Robbie’s light green ‘61 Bel Air. Rob purchased it as a SEGA-ready B/Gas entry whose owner “was kind of scared of it,” and he bought it cheaper than he could purchase a SEGA Super Stock ride.

“He’s driven some fast street cars,” Rob said of his oldest son, “but he’d never been down the track until I put him in that car.

“He likes cars and he likes driving them, but he’s not really into working on them. He works on his car and helps me do stuff to cars if I need him.”

The Bel Air came with almost everything needed to go directly to the track except the engine. 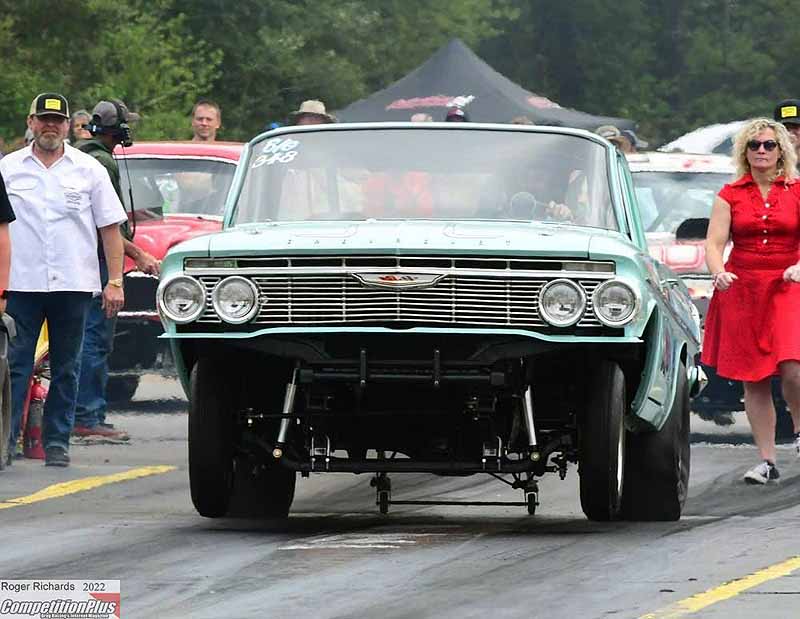 The rookie racer admitted to experiencing a major case of nerves early on, and they didn’t go away after the first time out. In fact, he said he “still stresses” about competition, but that the plague of butterflies has slowly diminished now that he’s got a calendar year’s worth of SEGA racing under his wheels. He said he’s learned, in effect, how to slow down mentally during every pass.

‘Getting the lights was the hardest part, bumping in,” Robbie said. “I still get nervous about doing it. Seven seconds isn’t very long, so sometimes you rush. I found the key is just to stay calm, and seven seconds is longer in reality than it is in your mind.”

It wasn’t until a late-September race at Knoxville (Tenn.) Dragstrip that he turned on a win light for the first time.

“I should have won a few more,” he said. “My goal for 2022 is to stay calm and race my race, try and stay consistent. I had some races I’d do really good, and then the next race I’d mess up and not pull a gear hard enough and it’d get stuck in neutral – minor things like that.”

The 10- to 11-race SEGA schedule suits Rob Walden’s heavy work-week demands just right. In addition to building parts and engines, the business creates engines for mud-bog entries, boats, oval-track racing, street cars “and some late model stuff with the LS” engine because “we’ve got to progress with the times.”

But, he added, he hopes he never ends the quest to squeeze more and more power out of the 409 that his father helped make famous.

The Beach Boys were certainly fans, too; so much so that they recorded a love song to the 360-horsepower factory engine that powered the front-line Chevy brand in 1962: