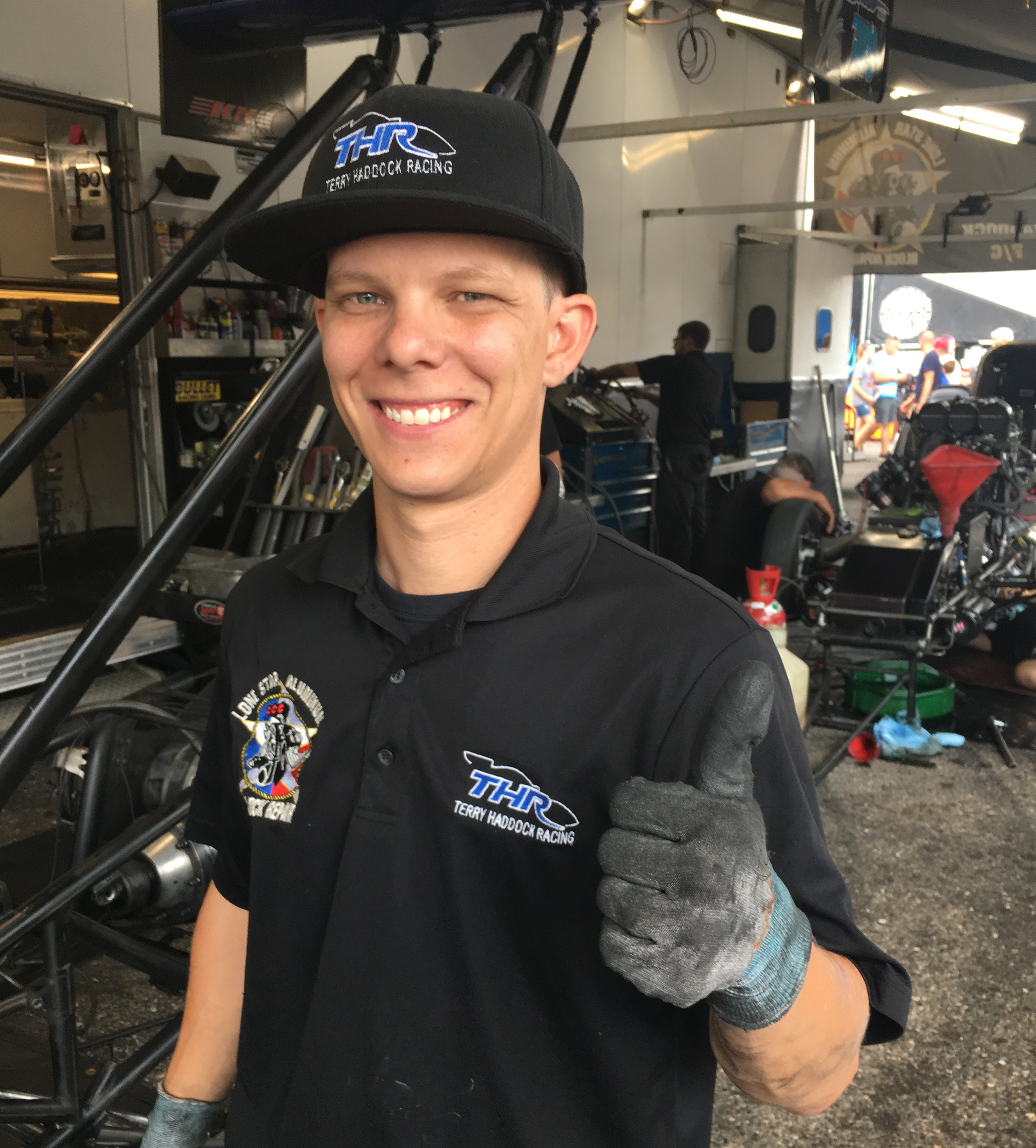 Cameron Ferré will not be joining the rest of the NHRA this weekend as the season restarts after a several month break due to the coronavirus. Ferré said that Terry Haddock elected to sit the Top Fuel Dragster for several races.

The NHRA returns to Lucas Oil Raceway at Indianapolis in Brownsburg, Indiana this weekend for competition on July 11-12, 2020. It’s their first national event with the pro classes since February’s event at Wild Horse Pass Motorsports Park in Chandler, Arizona.

“I’ve had a lot of people ask about my racing plans over the next few weeks, so I thought I’d fill you in,”  Ferré said. “It pains me to say, but unfortunately, I won’t be at the race in Indy this weekend. As we all know, life looks a lot different these days, which has had a significant impact on many racing teams plans, including mine. Next few races wit hthe dragster. This does not mean I am finished racing Top Fuel. No way! I’m confident I will be back doing what I love sooner than later.

“I would like to take this opportunity to thank Terry and team for continuing to believe in my dreams and giving me the partners I do have that keep the dream alive, big or small. It takes a village and I’m most grateful for you all. Until I get back, best of luck to Haddock Racing (in the Funny Car) and the rest of the NHRA family. Stay safe, and like my good pal Clay Millican says, ‘I’ll be stomping on that loud pedal soon!”

Ferré failed to qualify at the NHRA Arizona Nationals after going 14.887 at 44.61. He did qualify for the season-opening Lucas Oil NHRA Winternationals presented by ProtectTheHarvest.com, before being eliminated by Austin Prock in the first round.