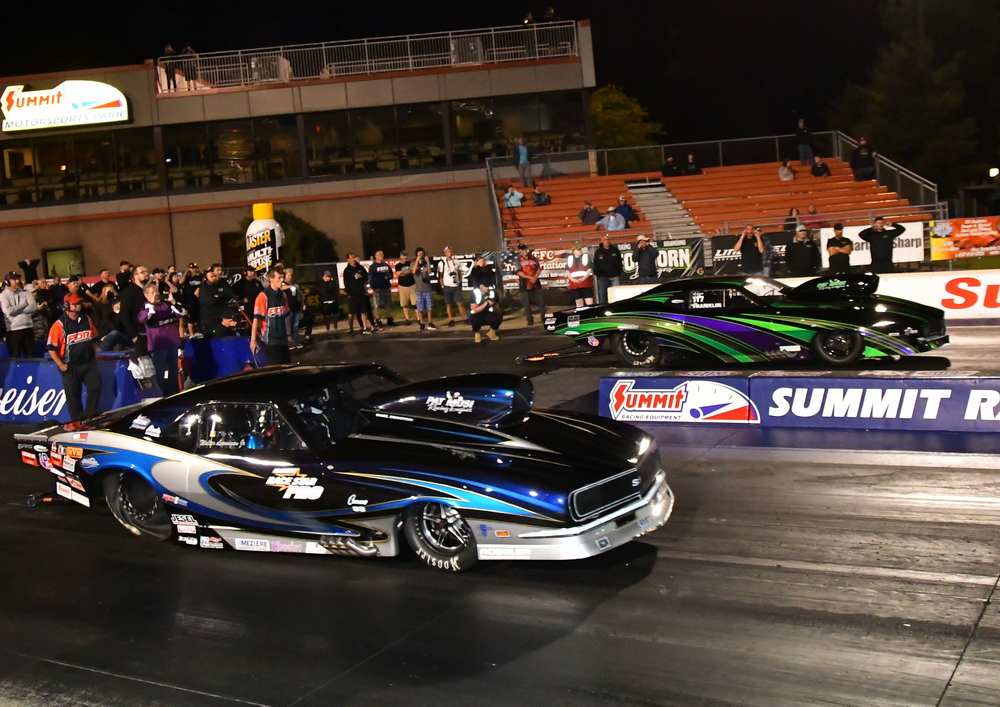 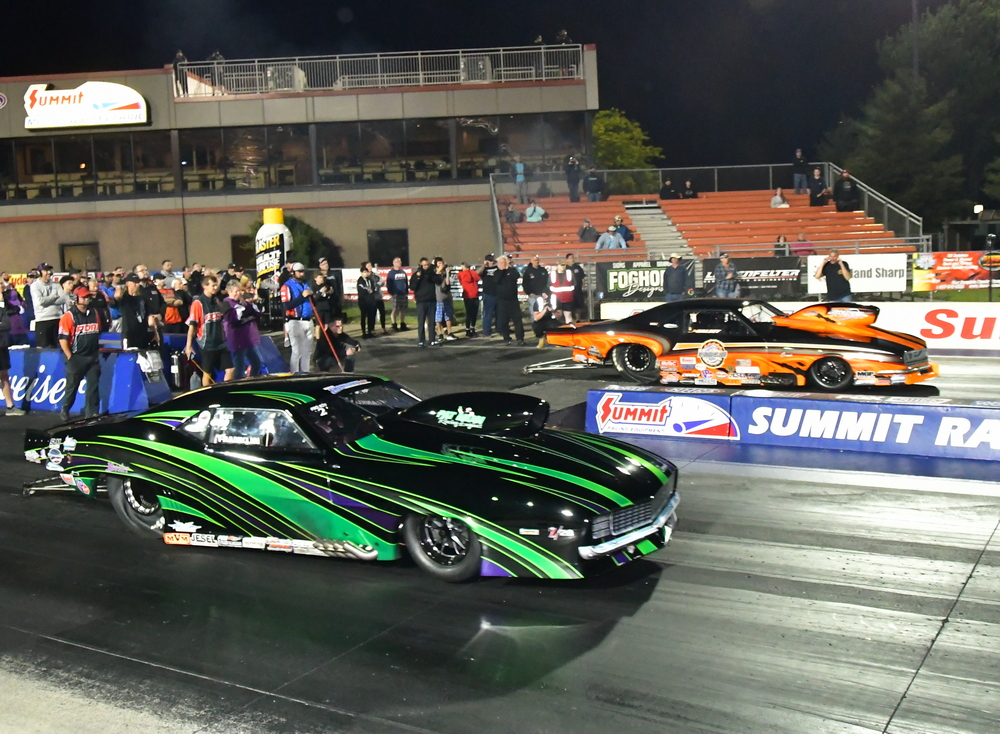 The American Doorslammer Challenge also included the PDRA’s Jr. Dragster categories, where the wins went to Justin Kerby in Coolshirt Systems Pro Jr. Dragster presented by PRP and McKenzee Hogan in Classic Graphix Top Jr. Dragster presented by PRP. Kerby defeated Klein Simpson in the final round, running a 7.912 on the 7.90 index, while Simpson broke out with his 7.884. Hogan and opponent Hanna Sheppard both ran close to their dial-ins, with Hogan running 8.988 on an 8.98 dial and Sheppard going 12.159 on a 12.15 dial, but it was Hogan’s quicker reaction time that sealed the deal.