DARRELL RUSSELL TRIBUTE SONG WAS A NATURAL FOR THIS COUNTRY SINGER

They say when things in life are out of sight, they’re gone

Memories may come and go, but a legend will live on 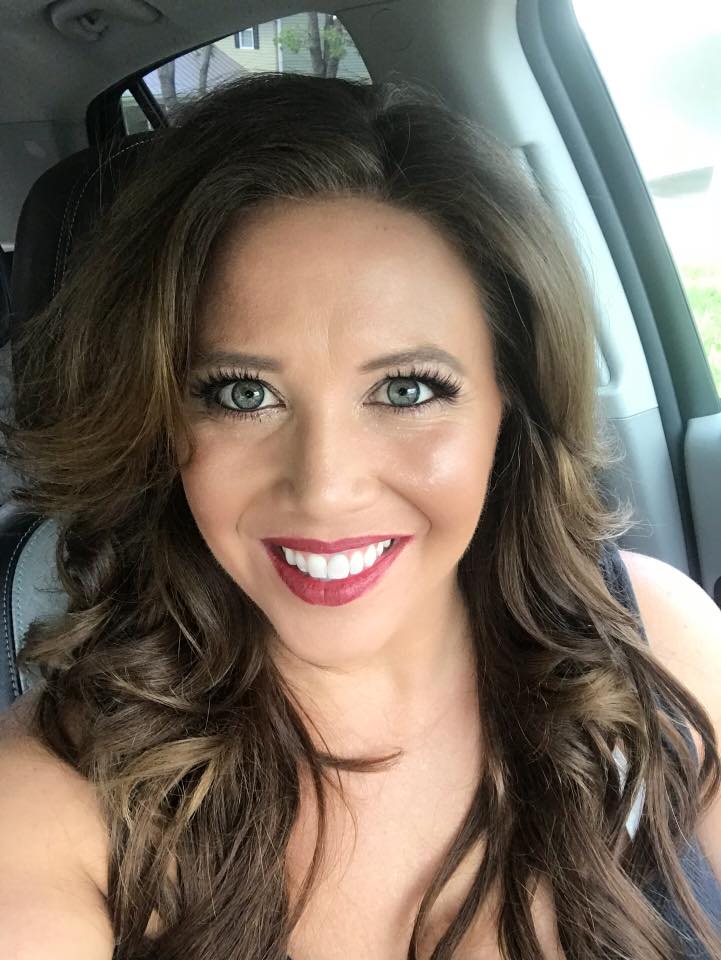 Given her lineage, you’d think it would be relatively effortless for Laura Black-Wines to whip up a song.

But penning a tribute to late Top Fuel racer Darrell Russell was no simple task for the Park Hills, Mo., resident. To do it justice -- to capture the spirit of a man loved by his peers; one about whom no one had a bad word to say -- proved difficult.

So she approached conquering the task in the best way she knew: She turned to a higher power.

“I wrote two melodies for this song, and I rewrote the lyrics three times because every single time it felt like something was off with it, it didn’t feel quite right,” she said.

“I prayed really hard about it for a couple of days. I’m a perfectionist on things, and on this, I was losing sleep over it because I didn’t want to mess this up. I wanted his family to listen and ‘see’ him in it.”

The song, “A Legend Will Live On,” finally came together, and is part of the new “Legends” video on Competitionplus.com. It’s stirring and personal, and while it doesn’t avoid the sorrow of losing someone as special as Russell, it is ultimately a song of triumph. Her tune reminds us that the memories of Russell are fresh and strong and real 15-plus years after his tragic death.

They say when things in life are out of sight, they’re gone

Memories may come and go, but a legend will live on

Black-Wines, an elementary school teacher, had the eventual melody for the song written years ago, and the first set of lyrics she wrote fit that melody. But those pieces didn’t mesh until her research led her to a photo of the headstone at Russell’s grave in Pinehurst, Texas. On it is inscribed this: Gone from our sight but never our memories / Gone from our touch but never our hearts

“One line of my lyrics is almost verbatim to what’s on his headstone, and I didn’t know that when I wrote it,” she said. “I thought, ‘That’s my sign.’ I pulled my original lyrics and used that melody from the country song. It’s like God gave me the melody before I knew the assignment. It took me maybe 20 minutes to write the lyrics.

“It was completely God that did that. That was the first time I felt that’s where the song was supposed to be.” 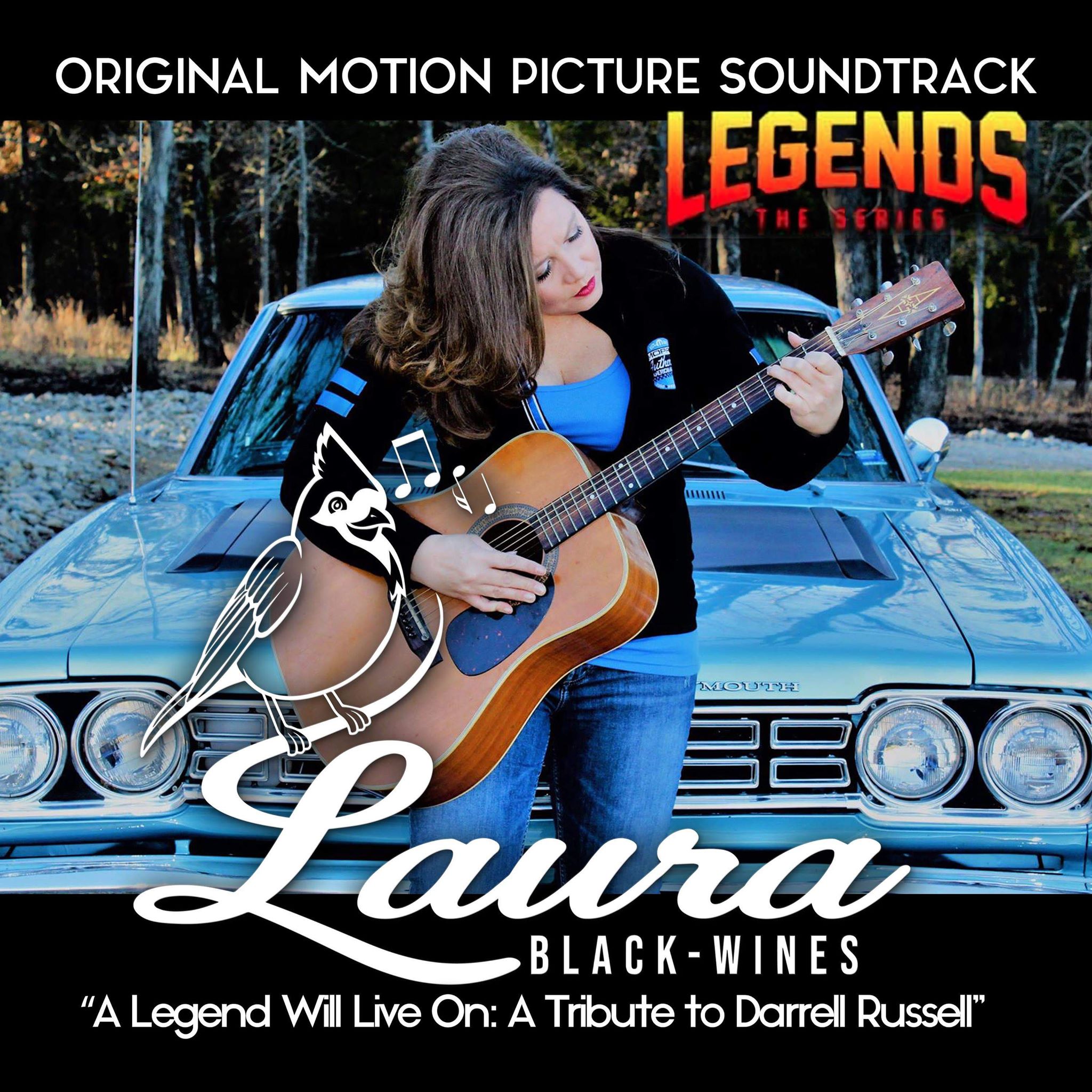 “I grew up in a family that didn’t have a ton of money,” she said, “but we always had music. When I was growing up, I would hear songs that hadn’t been recorded yet and then they’d wind up on the radio. I just thought they were family songs. It was a neat thing to grow up around, and that just always spurred songwriting in me.”

She jotted down lyrics and bits of melodies for years as she was growing up in Bonne Terre, Mo. She was a three-sport athlete in high school, and her volleyball prowess was rewarded with a scholarship to Mineral Area College, a community college in Park Hills. She gave up athletics to focus on her bachelor’s degree at Central Methodist University, then began her teaching career.

But not until after her father, Mike “Bo” Black, died on Sept. 14, 2014, did she record any of her work. The song and video that came out of his passing, “Driver’s Seat,” earned Black-Wines industry notice. She was a triple nominee for the Josie Awards that are dedicated to independent artists, and she was selected for Modern Country Video of the Year, Female Rising Star of the Year, and Vocalist of the Year. Her producers were the winners for their video.

A story about the tribute song and video to her father was the subject of a competitionplus.com story in January 2019. RELATED LINK - DAUGHTER HONORS DECEASED DRAG RACING FATHER WITH SONG

She was then asked to create a song for Russell, who died in mid-2004 after his Top Fueler crashed. Russell won his Top Fuel debut in 2001, and he made 17 final-round appearances before his tragic death.

“‘Driver’s Seat’ kind of took off. People were starting to relate to it and my dad’s story, so I wanted to get it to people who could relate and sent it out to different pages on Facebook," said Black-Wines, who doubles as the track announcer at Bonne Terre Drag Strip. "I didn’t expect it to go anywhere, and a lot of pages didn’t even check the message; didn’t even look.”

Competitonplus.com paid attention, though, and when the topic of a “Legends” video came up, Black-Wines seemed a natural choice to handle the assignment. She read Russell’s biography and was inspired by the man whose life was chronicled by author Rob Geiger.

“I was just blown away by the guy that he was, it just touched me,” she said. “I wanted so badly to be able to do something for him and his family. I’d never tried before, and I prayed really hard about it.”

“A Legend Will Live On” was recorded at Blue Creek Production in Patton, Mo., and she said the musicians involved “really listened to the lyrics and put a lot of feeling into it.”

A copy of the recording wound up in the hands of Russell’s brother, Chris, and Black-Wines called to gauge his reaction.

“I didn’t know what to say, I was so nervous about what he thought of the song,” she said. “I told him who I was, and it got real quiet. Then he told me how he was just speechless, that he couldn’t thank me enough, and that the family loved it. That meant everything to me.”

Black-Wines describes herself as “a very limited musician. I can play certain stuff on piano and certain stuff on guitar. It’s just whatever mood I’m in, and I figure it’s going to sound horrible either way,” she said with her ever-present laugh. “But all I have to do is get it down to the point where I can get my producer to make it sound like I’m hearing it in my head.”

She said she has “a ton of notes on my phone and audio of melodies of songs that I started and never finished. But the more I write, the more I want to write.”

As for the song composed for Darrell Russell, the end result “was completely God. He did it,” she said. “I’m just humbled and honored that I was asked to be a part of that.”