CAN YOU SMELL WHAT THE PROCK IS COOKING? 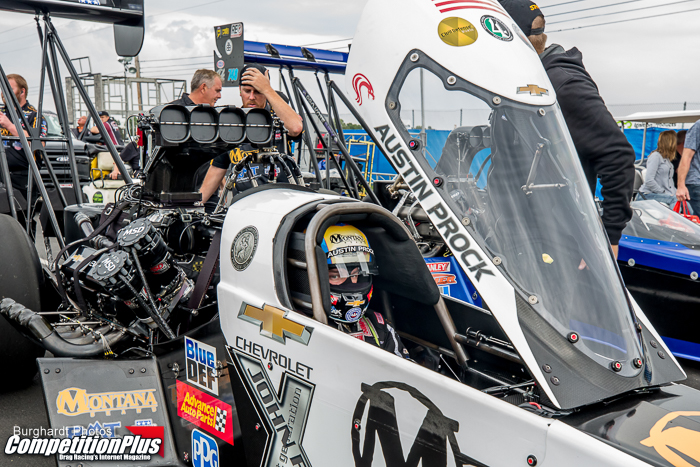 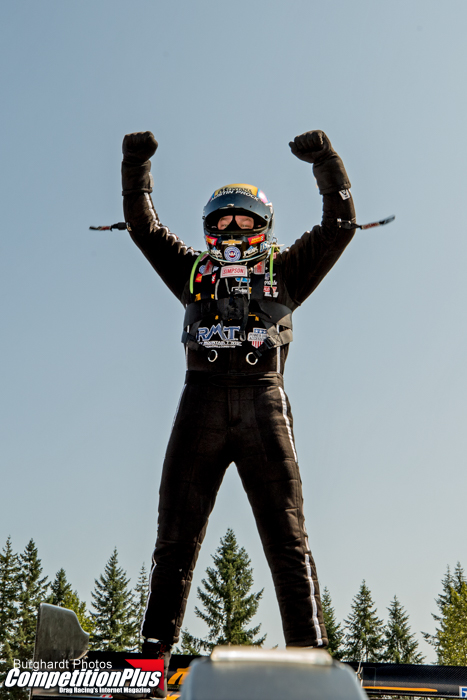 Three years ago, Austin Prock earned a degree in culinary arts from the Art Institute of Indianapolis. And recently he had a chance to show it off in a cooking segment for a local television station.

One of John Force Racing’s sponsors is Pit Boss grills, so the fare in the hospitality area comes from those, including smokers. But Prock is creative, and he said, “I didn’t want to just grill a hamburger or a chicken kebab, so I was a little bit nervous. I came up with something on the fly and cooked it at about nine o’clock the night before and crossed my fingers that it was going to taste good.”

His creation? It was a Krispy Kreme donut-crusted buffalo chicken that received rave reviews.

“It was like a remix of chicken and waffles,” Prock said. “It came out awesome, and they loved it. So it was something creative, and I love doing that, trying new things.

“I’d like to actually open up a restaurant one day, a restaurant or a food truck or something like that. That’d be fun,” he said.

“I’ve worked in restaurants, pretty much my only two jobs have ever been this and cooking at a Greek restaurant. I was one of the chefs there and helped run the restaurant for a couple years,” he said. “It’s not open anymore. The owner actually ended up passing away, a good friend of ours. But I worked there all through high school and then the years I was working in college up until I got this gig two or three years ago.”

Prock has a handful of mentors. Fans know about his grandfather, Tom Prock, and father, Jimmy Prock. They know about John Force and Don Prudhomme and Tony Stewart. But perhaps few know about Jonny Roscher. He’s the former John Force Racing chef who operates Za’s Lakefront Bar and Grill at Lake Tahoe.

“I’ve always loved cooking. Jonny Roscher kind of got me started cooking. I’d come to the races and I’d help him in the kitchen here when I wasn’t helping on the car. I just got that bug, and it’s really my only other hobby. I don’t have any hobbies. I race and that’s it. So cooking is kind of my go-to when I do have free time. It’s just something that I love to do. And I like that when we are free, have family over. I don’t like cooking for one or two people – I always have a big group of people over, and I just make a big deal out of it,” Prock said.

He said he doesn’t have a specialty: “I’m always shooting off the hip. I never write anything down, never use any other recipes.”

He might be learning the recipe for success in Top Fuel, but in the kitchen he’s all set.