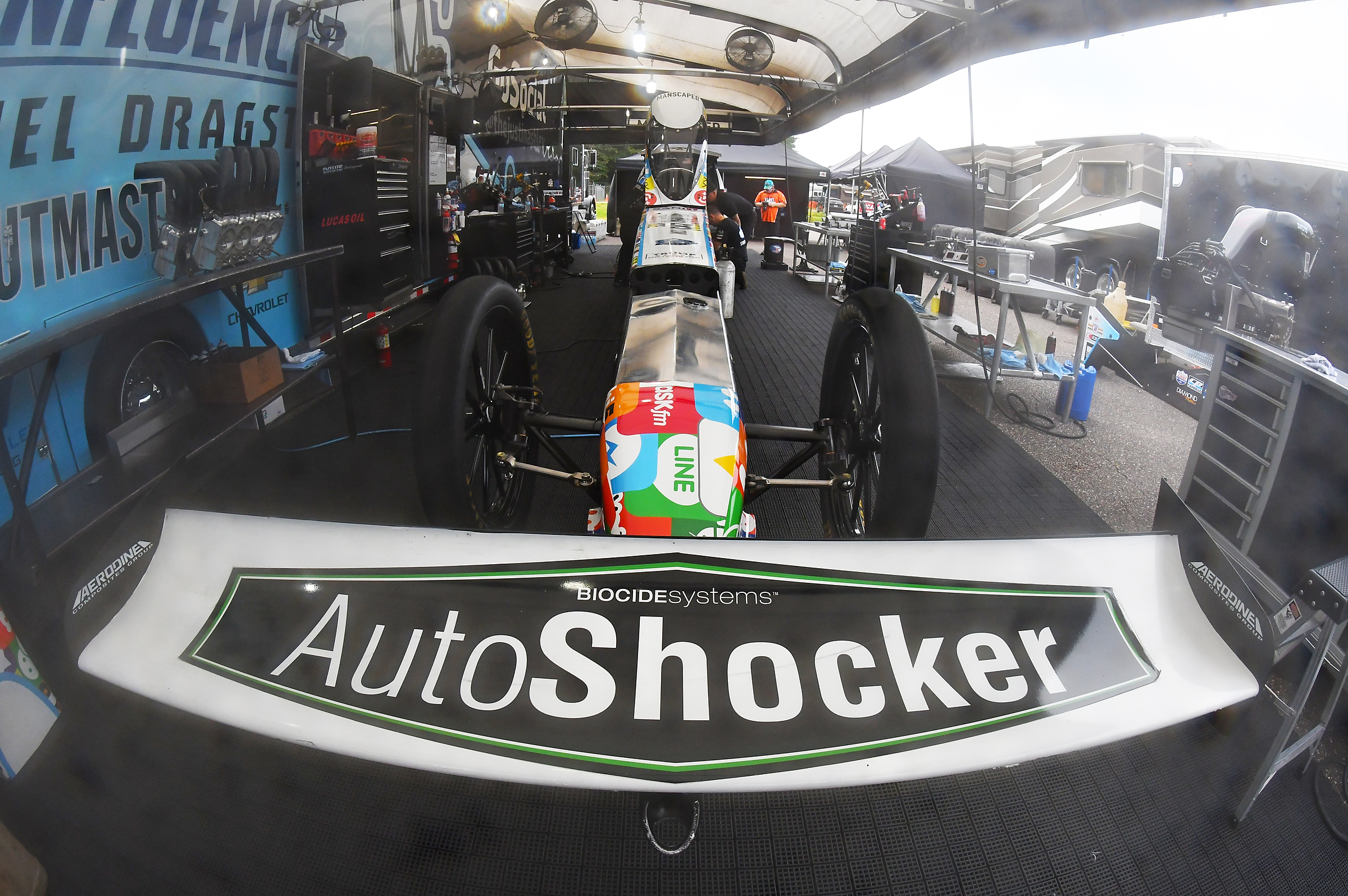 Continuing a busy off-season of marketing partnership additions and renewals, 2020 NHRA Rookie of the Year Justin Ashley announced today that Auto Shocker™, Biocide Systems’™ best odor eliminator on the market, has renewed their associate sponsor agreement on the Strutmasters.com Top Fuel team for the 2021 NHRA Camping World NHRA Drag Racing Series. Auto Shocker has been aligned with Justin Ashley since the end of the 2019 season and was prominently featured on his Top Fuel dragster during all 12 national events in 2020. Moving into the 2021 NHRA season, Auto Shocker and Justin Ashley Racing have a number of consumer promotions as well as social media programs in the planning stages.

“I’m proud to represent Auto Shocker and Biocide Systems’ line of odor eliminating products,” Ashley said. “They have the most effective odor eliminators on the market. Last season we had success introducing these products to the NHRA community and its audience. In 2021, we’re going to expand upon that and use all of our resources to show the world how great these products are. I couldn’t be more excited to continue our marketing partnership next season.”

The Auto Shocker branding will once again be featured on Ashley’s 11,000-horsepower Top Fuel dragster and fire suit. Additionally, Ashley will continue his efforts as Auto Shocker spokesperson, contributing to online videos as well as personal testimonials through his rapidly increasing social media following. The 2020 NHRA Rookie of the Year will also continue to be a media draw for radio and television interviews throughout the off-season and into the 2021 NHRA Camping World Drag Racing Series. 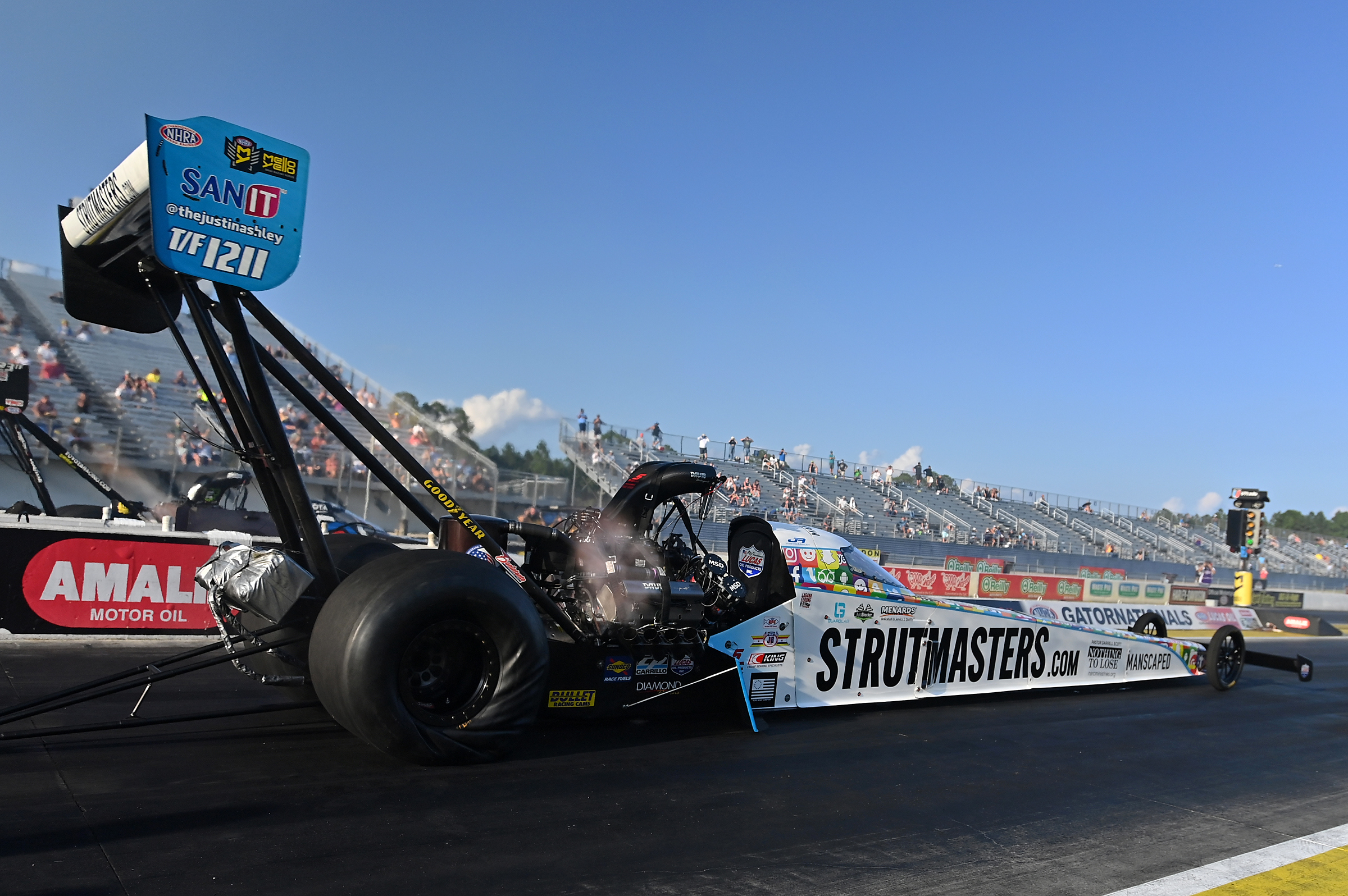 “We are happy to be back with Justin,” JC Baselli, CEO/Co-Founder Biocide Systems said. “When we first met the team we were not familiar with NHRA drag racing so this sponsorship has opened up a whole new world for us. We are really enjoying being a sponsor, participating in the events with a great group of people. It is really good synergy on many different levels.”

The partnership in 2020 had to pivot to more online contact and content during a suspension of racing. As the NHRA season restarted in July the marketing relationship between Ashley and Auto Shocker continued to gain traction as fans returned to the stands on a limited basis.

“Justin does a lot of social media work and we try and do our part on the social stage as well. We joined our efforts and supported each other while this pandemic is going on. We are very creative and so is Justin. He is a huge help in coming up with activation ideas and representing the brand,” added Baselli.

With Biocide Systems line of Bio-Shocker™ products consumers can eliminate the toughest and most unpleasant odors in a way no other product can. Their products effectively eliminate pet, cigarette, mold, food odors and more. The secret lies in the ClO2-DMG technology™ or ClO2 Disposable Micro Generator exclusively developed for Biocide Systems and the Bio-Shocker odor eliminator product line. This revolutionary technology uses the most effective industrial odor eliminator—Chlorine Dioxide. Also known as ClO2, this natural odor eliminator is readily available, safe and affordable.