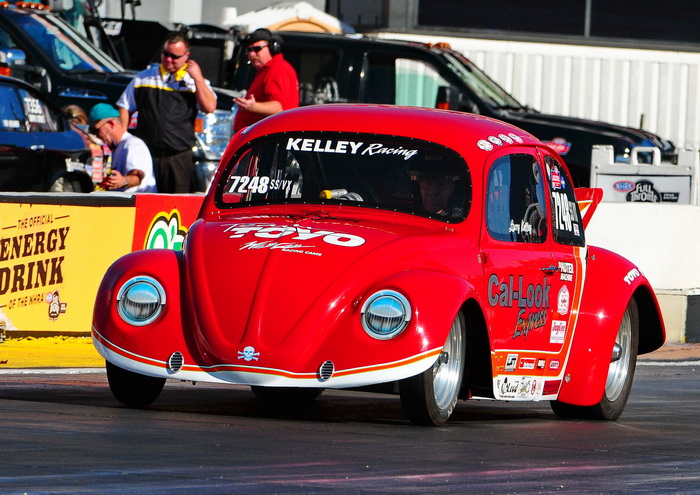 Auto Club Raceway at Pomona was infested with bugs this weekend.

Blame it on Scott Kelley, a Super Stock racer from Anaheim, Ca.

Kelley was the one who lobbied for them to be in Pomona.

These bugs are not of the insect kind, more like the 'Herbie The Love Bug' type. 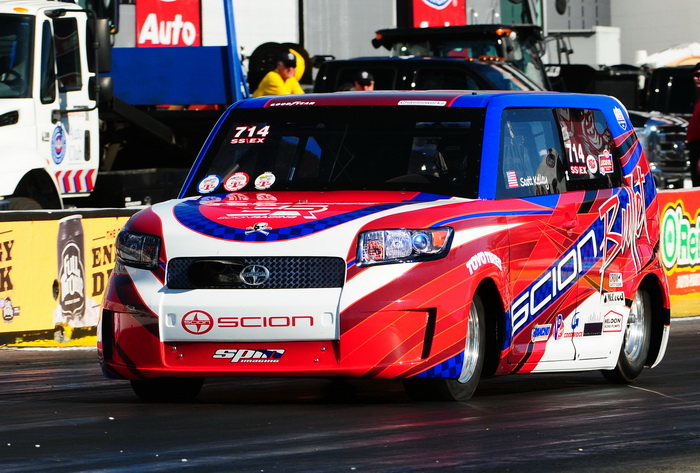 Scott Kelley, who runs a factory-backed Scion, in Super Stock was instrumental in bringing the SS/VX classification into Super Stock. His father, who raced VW's in the 1960s, races in the class.Auto Club Raceway at Pomona was infested with bugs this weekend.

Blame it on Scott Kelley, a Super Stock racer from Anaheim, Ca.

Kelley was the one who lobbied for them to be in Pomona.

These bugs are not of the insect kind, more like the 'Herbie The Love Bug' type.

Kelley was instrumental in the formation of a new classification within Super Stock labeled as Super Stock/VX, a new initiative aimed at bringing in air-cooled Volkswagen Bugs of the 50s and 60s.

“I got the ball rolling with the NHRA to get these kinds of cars in,” Kelley said. “The air-cooled cars have a long history with the NHRA. They kind of wrote this combination out in the early 1980s and they just haven’t had a place to run over here on the NHRA. We put something together with the NHRA and it took off.”

A major inspiration for Kelley was his dad Larry Kelley, who first introduced him to drag racing but was forced out after an accident and a wife who was more concerned about his well-being. Because of the NHRA’s new SS/VX classification, Larry, who raced VW’s early in his career was able to rekindle the racing passion with his son. 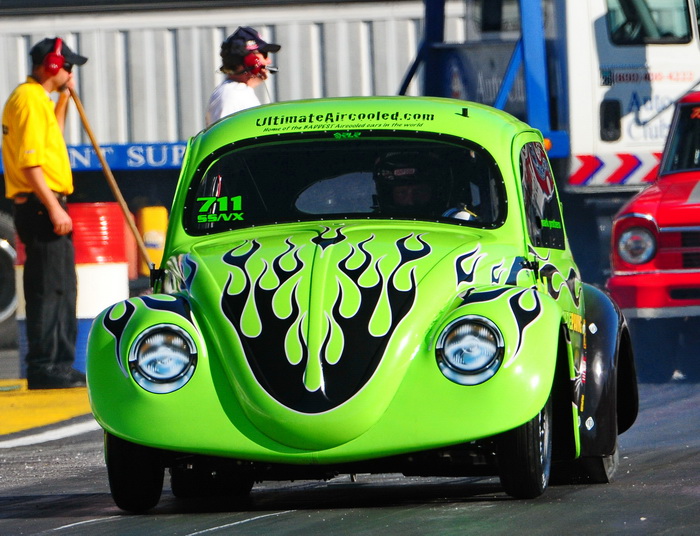 Mark Prothero raced like a giant killer in qualifying by landing in the No. 2 spot overall and the quickest of the SS/VX cars this weekend.“When I was younger, I had bought a VW to hop up for the street,” Kelley explained. “He was willing to help under one stipulation – I had to race it on the strip. That was a no-brainer and eventually he got one to tinker with and this provided the perfect opportunity for us to race together.”

The SS/VX class, at 12 pounds per cubic inch of displacement, is a throwback to the old days of Modified eliminator where this style of car would have run in L/Gas alongside of screaming small block Corvette Stingrays and big block Mustangs. Now these VW’s, the original import drag racers, or by today’s standards, sport compacts, line up alongside of today’s musclecars. The might be outmatched in a heads-up competition but on the index-system, they are mighty as the revered Hemi-powered SS/AH entries.

Mark Prothero provides the proof with his 135-cid, 1957 VW. He ran a -1.074 under the index to lead early qualifying with a 10.526 elapsed time before dropping to second in the final session.

“We’re the underdogs,” proclaimed Prothero. “We’re the little guys alongside of these Camaros and Hemi cars. I grew up driving these cars in high school and it’s something I loved. I am totally excited about this opportunity.”

Ron Fleming is one of those former Modified racers who found his competitive fix racing on the various VW series before the NHRA introduced SS/VX. His current VW has run as quick as 9.9 seconds outside of NHRA competition.” 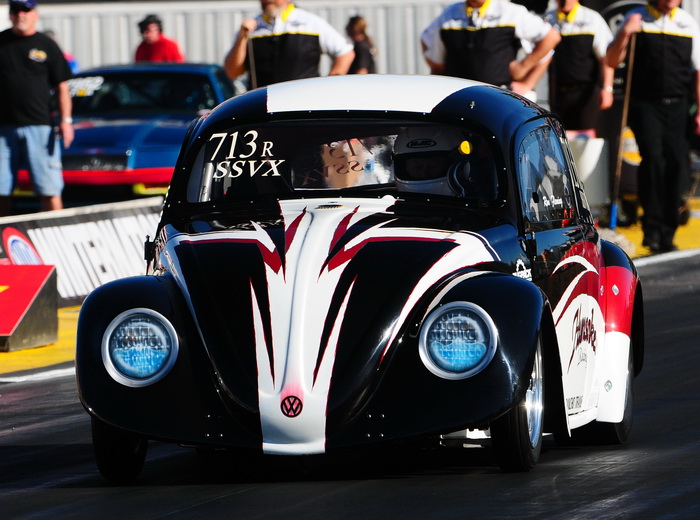 The last time Ron Fleming raced Pomona was 39 years ago. SS/VX brought him back out.“I’m a 39 year rookie … the last time I raced here was 1973,” said Fleming. “I was racing I/Gas with a Volkswagen. This is my 45th year of racing VWs. This is the SS/AH equivalent for VWs. This is all about having the opportunity to race Pomona again. We haven’t done so well but we’re having a good time doing it.”

Greg Tims is a second-generation VW racer and ended qualifying as the 36th quickest in qualifying. His dad raced in the old Modified eliminator.

“When they announced this class, I jumped right into it,” said Tims. “Sometimes I look over and see the Camaros and we can barely hear our own engines. It’s just a lot of phone to go head-to-head with the big boys.” 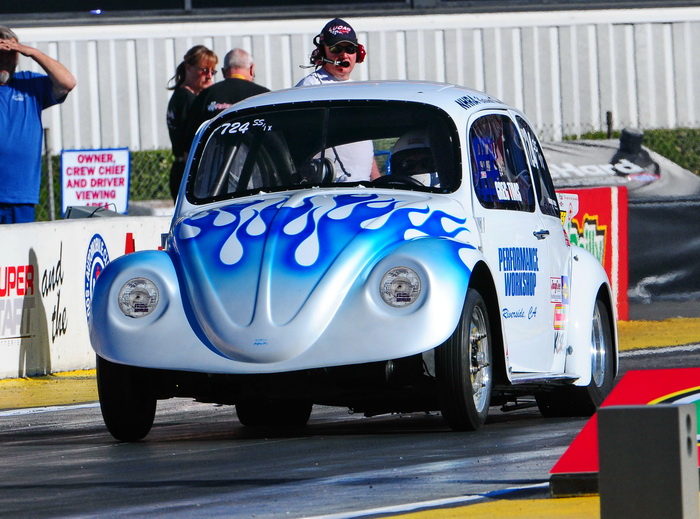 Like father, like son ... Greg Tims' father raced a gasser bug back in the old Modified days. He's found a new home in SS/VX.