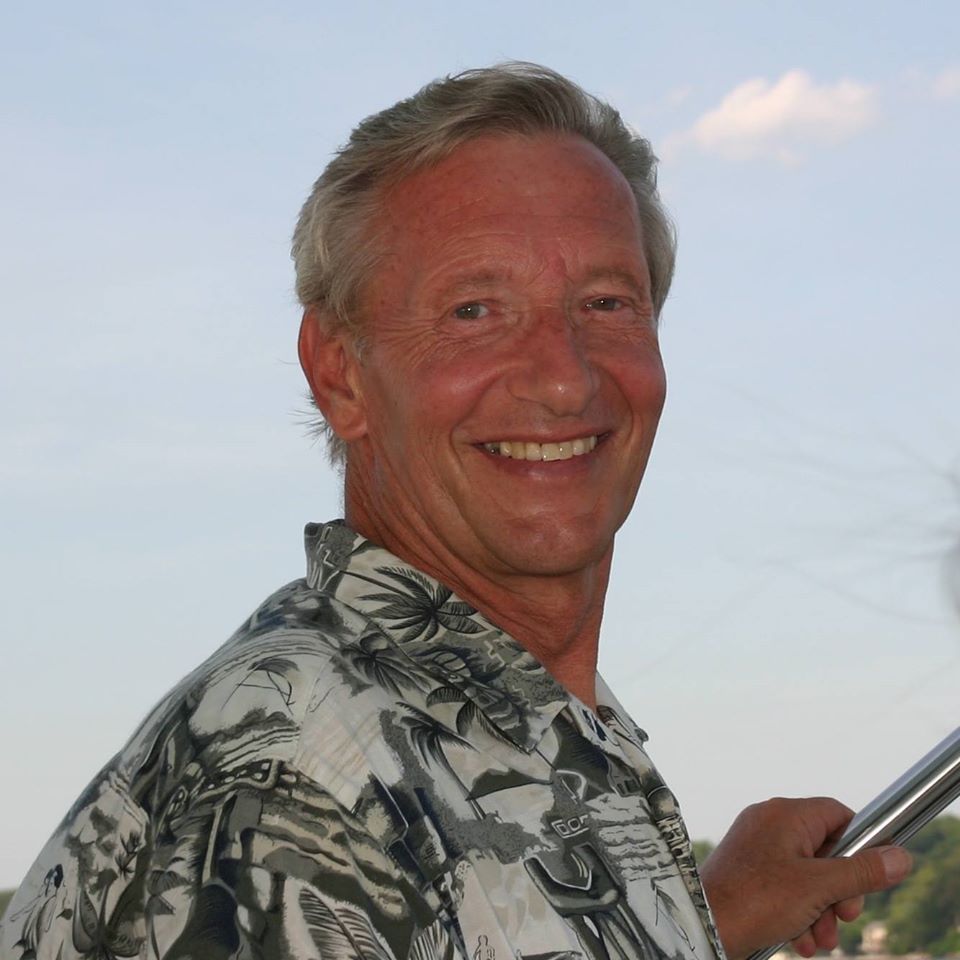 That awesome recent display of power and acceleration exhibited by Bob Tasca, Jr in his all-electric Mustang Cobra Jet 1400E made the race promoter in me stop to think about what’s ahead for drag racing and us old gear heads.

My initial reaction was, “Wow! That’s really cool.” An 8.12 ET at nearly 180 MPH. And it looks like a real Mustang! But will it play in Peoria? Will fans really buy into electric car racing? What’s the future for drag strip promoters and the drag racing industry?

This prompted me to do some serious thinking about it. My entire adult life, my legacy, and my fortune were all about this truly visceral sport we call drag racing from my first exposure to it in the mid-1950s.

I realized quickly that drag racing is one of the most sensory experiences one can encounter — the sound, the smell, the shaking of the earth.

I always remember the fun of introducing a friend, neighbor, or non-fan to the sound of a supercharged motor firing up and watching them jump off their feet and the look on their face. One of the most fun parts of my long racing career was firing up the motor on my funny cars in the pits or on a promo display and watching someone almost lose their breath when they hear that sweet explosion for the first time.

I vividly remember the first time I staged a four-at-a-time funny car burnout contest at Maryland International Raceway sometime in the 1970s — just prior to converting it to a fully integrated four-lane drag strip. The place was packed! As a promoter, I made it a point to watch the grandstands next to the timing building to see fans’ reactions. We promised an experience that would “knock you out of your seats”.

Then the most amazing thing happened. As I watched the first side-by-side-by-side-by-side burnout everyone was on their feet in anticipation. One guy, in particular, was in the top row of the grandstand and decided to stand on one of the crossbars of the back railing to get a better view. When the nitro cars all hammered the throttle at the same time, the guy was shocked and reached for his buddy to steady himself. But his friend had moved a little to get a better view, and he went tumbling over the rail to the ground. Fortunately, he was in one of the lower 10-row bleachers and was not seriously hurt. In fact, when I ran to see if he was ok he was so embarrassed he pretended that nothing happened and made his way back to his seat.

We literally blew him out of the bleachers and I knew for sure at that moment that the ground-pounding sound of our sport was as important as anything else to its popularity. I also knew immediately that I had to emphasize that in all my advertising and promotion for my races.

So, now, what am I to think when I see something as impressive as the run by the Cobra Jet 1400 E? In my first mention of this amazing feat to a gear-head friend at last night’s poker game, I heard the predictable “I’ll never go to see an electric car race.”

This immediately brought to mind the first time I stood on the starting line and watched a non-descript stock-looking Corvette with a twin-turbocharged small block chevy motor make a burnout several years ago. It immediately caught my attention when all I heard was some tire screeching with almost no engine noise. I thought that to be pretty odd and paid close attention to the run. It was a relatively normal start and non-eventful run until I saw a 5.80 (quarter-mile) ET at over 240 MPH on the scoreboard! I was floored and immediately understood the technical achievement I witnessed, even though many greeted the run with a yawn amidst all the loud and exciting Pro Mod qualifying that night.

Could the Pro Mod class survive with an entire field of quiet twin-turbo engines? Probably not, I thought. But if this technology proves to be a winning combination, good luck on stopping racers from using it. And if we legislate against it, we will rightly face the complaints that come with all new rules limitations that become anathema.

Ok, so my poker friend said “Never” to electric cars. Sorry, pal, but I learned long ago to “Never Say Never.” You needlessly lock yourself into a position that you will likely have to walk back at some point, and it makes you look foolish to everyone else who has already learned this lesson. I can’t begin to count the number of racers who told me they would “never come back” to my track when something happened to their disliking. In almost every case, they were the first in line for next week’s race and had to duck me in the pits until they thought I forgot about their temper tantrum.

I agree that I would prefer to hear and feel the sound of a high-performance combustion engine. And it’s what sells the sport. But times change. At some point, way into the future, we will only be able to see a carburetor in the Smithsonian Museum. Smart people will prepare for that and learn to accommodate it in their racing lives and businesses.

WHO ARE THE RACE FANS OF THE FUTURE? 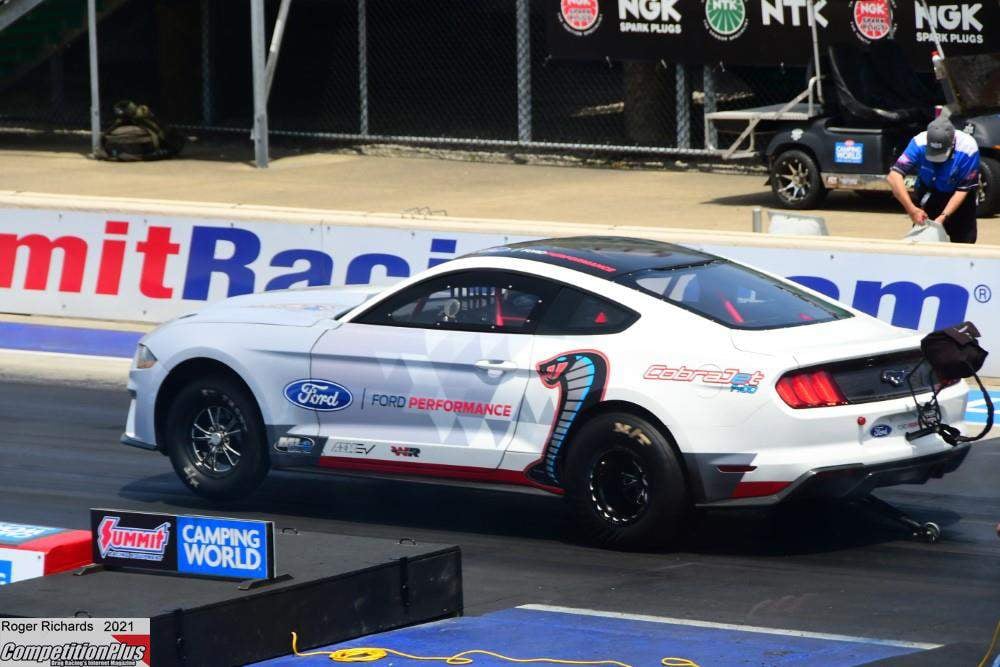 What will be the likely demographics of drag racing fans and participants of the future? Look around you. The world is full of gamers and kids who are growing up with technology; most of us old-timers don’t begin to understand. How many of us even know how to program our high-tech gadgets without calling our kids or grandkids?

Who are the most valuable tuners in the pits today? The “techie” guys understand the onboard computer printouts and can program the performance chips or electronic fuel injection systems. The guy with the greasy shirt who thinks he can “seat-of-the-pants” tune a car is a dinosaur in the sport already.

NHRA announced that they are “Taking a serious look at E cars.” Ned Walliser, VP of Competition, said, “When it comes to drag racing electric vehicles, we want NHRA to be a leader, not a follower.”

Other racing organizations are moving in that direction. Ford Performance Global Director Mark Rushbrook said that he was excited about NASCAR’s Next-Gen car. He said that “We are future-proofing the car to enable hybrid in the future.”

He added, “So if 15 years from now if everybody is driving electric cars, are we still going to be racing (internal combustion) cars? No, we won’t. But when we make that transition to hybrid, full electric is something that the sport is planning for. It isn’t going to be tomorrow, but there needs to be a plan and vision, so we are ready for it because it is coming quickly.”

Just chew on this for a moment. Recent sales figures for Ford Mustangs show sales of E-cars this year at 8565 and gas engine cars at 8000. Does that tell you anything? And just wait until more people get a ride in a 1400E. I recently bought a hybrid car and prepared myself for a dull ride — until I had to hammer it to merge into traffic. Holy Bat Sh*t — it pinned me into the seat. I couldn’t believe it as I enjoyed my 43 MPG.

Track promoters and industry people take notice! A sweeping change is inevitable and those who can adapt will be the real winners. It may take another generation, but the change will come. The principles of good promotion and marketing will remain. Now is the time to make sure you still understand them and be able to accept the future.

Remember the guy who insisted on going to typewriter repair school when the first personal computers became a thing? Not a good outcome.