While electronic engine management is disproving the old notion of “no replacement for displacement,” there’s still nothing better than old, yellowed newsprint for evaluating drag racing’s formative years. The sport’s rapid rise from the mid-1950s through the ’60s was duly documented only by the tabloid press, the first independent medium to pay us regular attention. A half-century ago, the pen was mightier than all of today’s websites, blogs and podcasts, television and cable networks, terrestrial and satellite radio stations—combined.

Beyond the fun and value delivered at the time to mailboxes, news racks, and speed shops, unaffiliated “drag rags”—i.e., cheap periodicals controlled neither by a sanctioning body nor NHRA-leaning Petersen Publishing Co. (whose editorial director until 1963 was Wally Parks), recorded the truest accounts to be found of this new American motorsport and its supporting industry. In 1964-65, the peak of L.A. publishing’s golden age, no fewer than three independent tabloids competed nationally for readers and advertisers week after week, right through winter, collectively producing 150 issues per year. Classic clippings from these Drag News, Drag Sport Illustrated, and Drag World weeklies comprise most of the artwork for our series.

Speaking of the title Drag Racer, readers of the modern version will recognize clippings previously published in the Paper Trails series that started with the Sept. 2015 issue and concluded—unexpectedly, prematurely—with the sudden demise of the last national newsstand magazine devoted exclusively to drag racing. Considering Drag Racer’s comparatively small print circulation and zero online presence, it follows that many of you missed some or all 19 of those installments. Reviving and revising those articles for CP’s worldwide readership is an opportunity to add “new-old” material—and, yes, make corrections and updates based on knowledge gained since those pages were inked. We’ll capitalize on the relatively infinite room available here by retrieving worthy rejects from the cutting-room floor that didn’t fit the strict physical confines of eight-to-10 magazine pages. (Drag Racer’s final editor, Pete Ward, gave his blessing to CP’s digital revival of a series that he commissioned.) Now that you know what’s cooking, watch for a fresh, season-by-season episode every couple of weeks, starting with 1957 in Part Two. Even the youngest amongst us will appreciate obscure hunks of history that may well have vanished without a trace, had it not been for untrained editors who mostly went broke producing 25-cent newspapers known as drag rags. Revealing recent interviews with three of those former editors, all in their mid-70s now, are among the treats ahead. 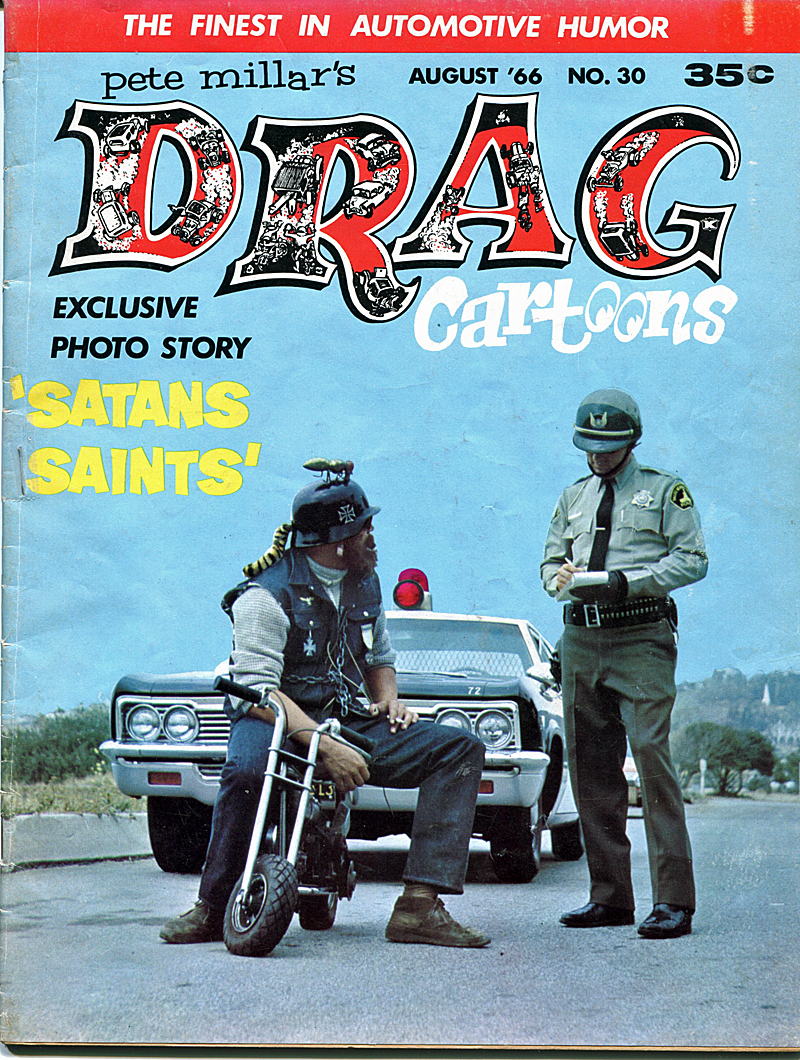