Tales of a kid and a closed down drag strip …

The fences still remain, as do dilapidated buildings, a reminder that a larger than life drag strip occupied the land.

The abandoned parcel of land was the Promised Land, almost 30 years ago, for many dreams, including my own.

Ten years ago, as the editor of CompetitionPlus.com, I visited the remains of the once-proud drag strip. Defying the no trespassing signs, I recently visited it again.

There wasn’t a section of the drag strip pit area that I walked through that didn’t evoke memories of the epicenter of my childhood dream.

When you’re introduced to drag racing as a child and it hooks you, there’s an innocence that you maintain. Your local drag strip becomes the place where dreams came true.

Even if the place is a dump by others’ standards, you hold it in high esteem. 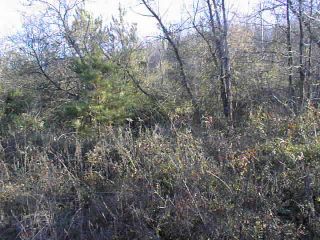 Look at this picture. Thirty years ago, from this very spot, I watched my first Modified Production Stingray launch. The starting line was right in the middle of this brush. If you've ever lost a local track, you know what I'm feeling right now.

Spartanburg Dragway wasn’t a spectacular facility in its latter years of existence.

The pits weren’t paved and what pavement there was on the return roads and entry passages, had cracks and a few potholes in the latter years.

The racing surface left a lot to be desired and the safety aspects of the track’s configuration provided even less enthusiasm.

Those shortcomings didn’t affect my feelings about the facility in the least. It was drag racing as I knew it back then.

Spartanburg Dragway was built in 1963 by Paul Clayton Sr., and was located in the southern end of the small town in Spartanburg, SC. It was built across the street from a pay-to-swim public lake/beach, another sign of the times.

The legends all came there to race, Butch Leal, Hubert Platt, Ronnie Sox, Roy Hill and even a round of the Don Garlits versus Shirley “Cha Cha” Muldowney match race rivalry.

Maybe I saw the place through rose colored glasses as a kid who’d never experienced the politics of the sport. I lived a mile from the strip and on a good Saturday night, I could hear a small-block Modified Production wind up and go through the gear box. That was the lure that drew me towards the place. 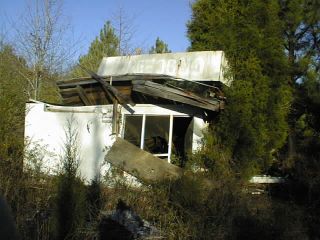 The remnants of the concesssion stand which was a huge profit center for the track with good reason. I learned at a young age to appreciate the taste of a good chili, cheese hamburger. At 42 years old, I'm still searching one as good as those.

And, when the opportunity arose to see for myself, the experience was exactly as I envisioned.

The smell of the burning rubber and sweet fragrance of VHT was like cookies baking at my grandmother’s house.

To hear in person, Bob Earnheart’s high-winding 1967 Corvette Stingray (IHRA Formula 2 E/Modified Production) was a symphony to my pre-teen ears.

Watching that car run was like a fourth grader watching the attractive six grade girl walking down the hall.

I was mesmerized by every car that ran down the track regardless of  class.

When the sun went down and the lights turned on, the two story Spartanburg Dragway control tower bore a striking resemblance, at least in my eyes, to a fully illuminated Orange County International Raceway. You just had to see that glass tower at Spartanburg lit up on a summer night.

If you have any kind of imagination you could have seen it too.

You just had to be there to see Gene Fulton blow the rear-end out of a borrowed D/Modified Production on a Saturday night and vow like General Douglas MacArthur that he’d be back. The next weekend he brought the same class car and whipped the bracket racers all the way to the winner’s circle. 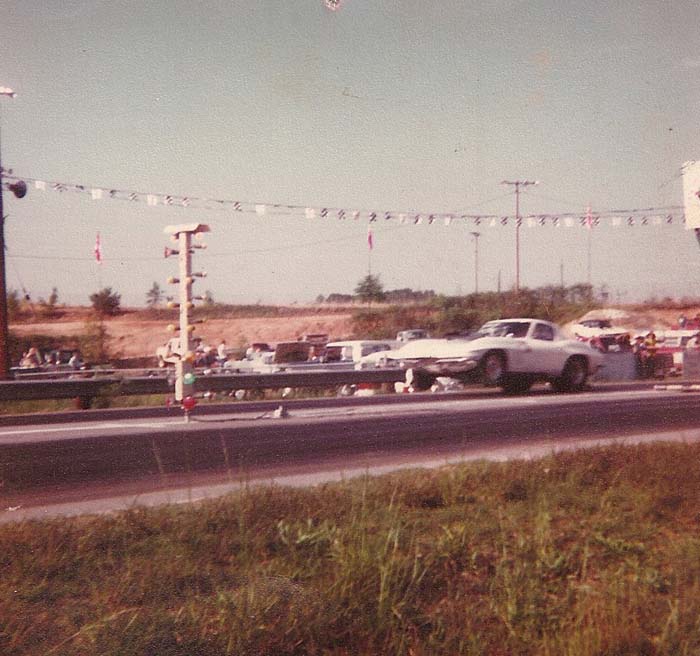 You had to be there to see up-and-coming drag racers the likes of Tommy Mauney, Charles Carpenter, Michael Martin and Blake Wiggins, all of whom are considered Pro Modified pioneers, to know that one day that Spartanburg Dragway was a springboard to vibrant professional drag racing careers.

You had to see, young Scott Duggins watching in admiration of his dad’s Super Pro Vega being piloted by a teenager named Quain Stott. Who would have ever thunk that Stott would become a professional world champion and that second-generation Duggins would win three sportsman championships?

Who would have ever believed the regular Saturday night fraternity from Spartanburg Dragway would account for over 30 world championships.

We all saw something special at the track.

In my mind, my years in drag racing tell me this wasn’t a super track to get all worked up over.

My heart tells me otherwise.

My heart tells me this was the greatest drag strip ever built.

It used to be my playground. Even today, I can go back to that playground, at least in my mind. 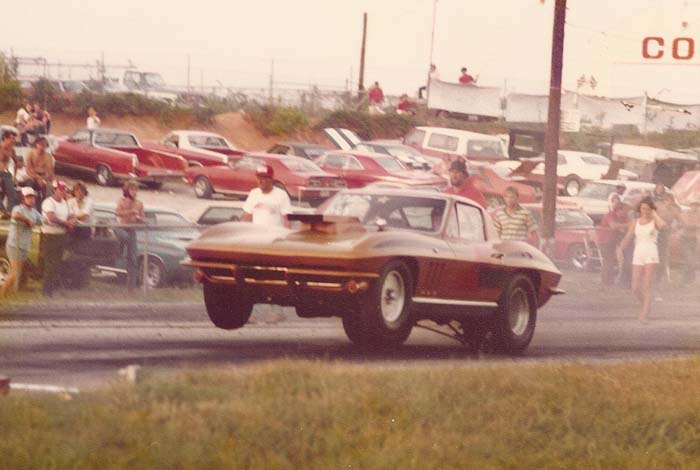 Every first Saturday of the month was designated as Super Stock/Modified combo night. This particular weekend attracted nearly 60 entries and in the end Bradey went to the finals. There he lost to 16-year old Debbie Johnson, who drove her B/Econo Dragster to an incredible string of 5.30 eighth-mile passes. Below, you will see the same angle of the above photo thirty years later. 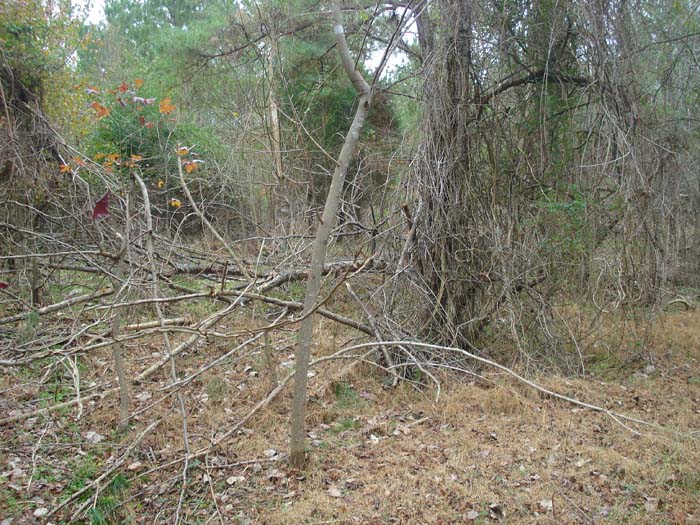 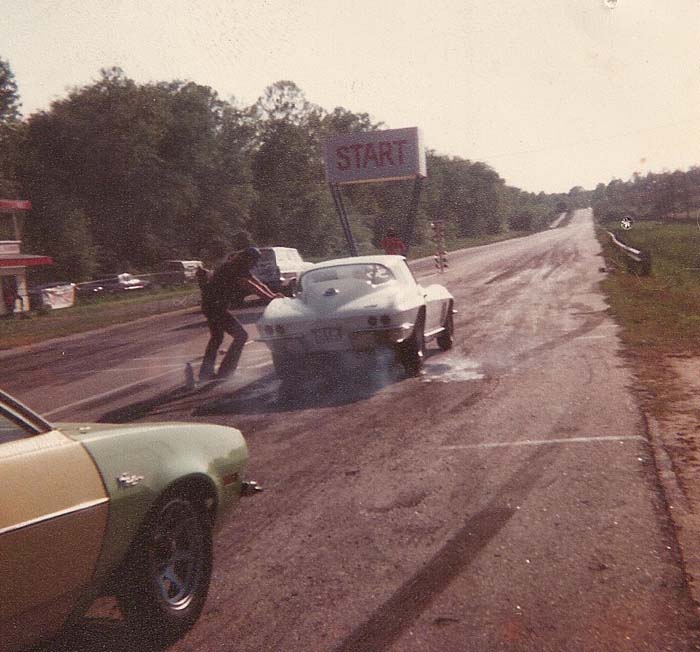 By today's safety standards, Spartanburg Dragway would have been considered a death-trap facility. Note the lack of guardrail along the left lane and the return road running parallel. Teams used to park in the grass to the left of the return road. On the other side of those trees is a creek. Towards the end of the track's existence, a few cars ended up in that creek. Below, you will see the same angle of the above photo. 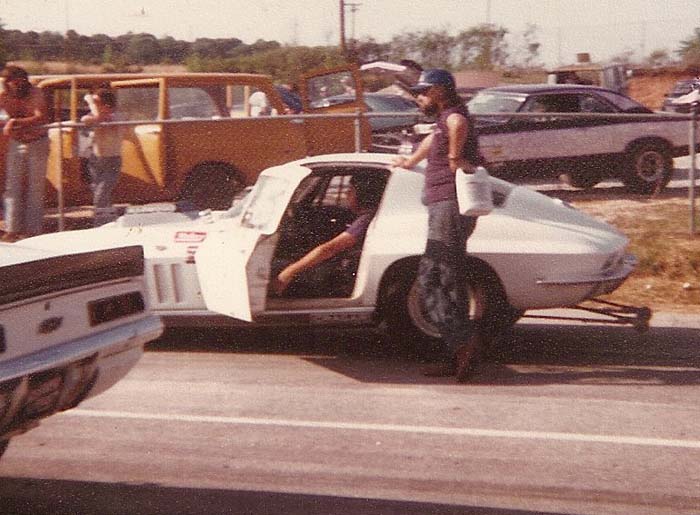 The above photo was not just your average crewman. Spartanburg rock-n-roller George McCorkle of the Marshall Tucker Band was a regular at the track with Bradey. 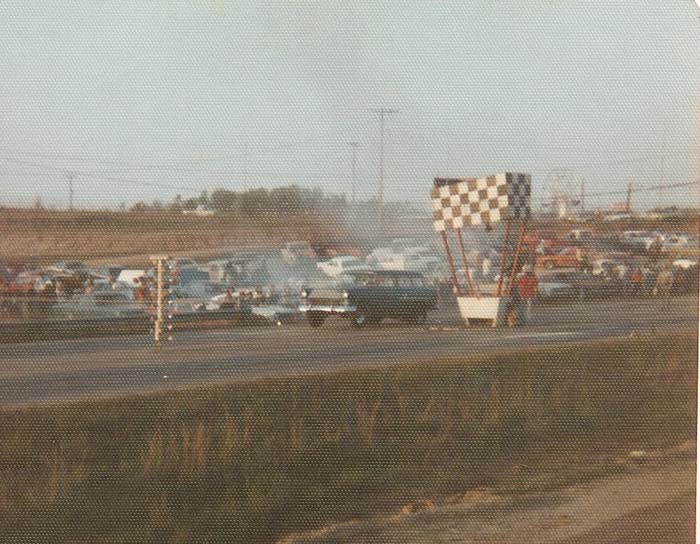 The view from the tower as the G/Modified Production two-door Nomad belonging to Dane Pearson and Glen Strange launches from the starting line. Below, you will see the remants of that two-story tower where CompetitionPlus.com editor Bobby Bennett announced as a 12-year old while his father handed out time slips from his post below. 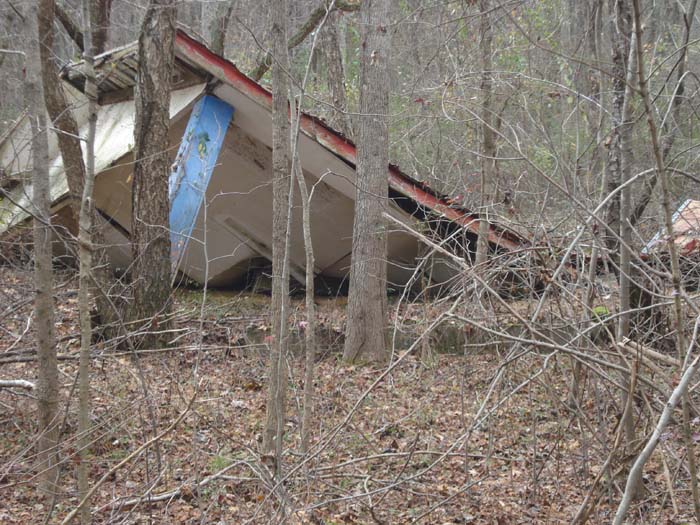 Spartanburg Dragway had the distinction of running under NHRA, AHRA and IHRA sanction at one time or another. These pictures are of the tech inspection shed that once inspected the race cars of Butch Leal, Hubert Platt and even "TV" Tommy Ivo. Erosion from the nearby creek threatens one of the few remaining remnants of the track. 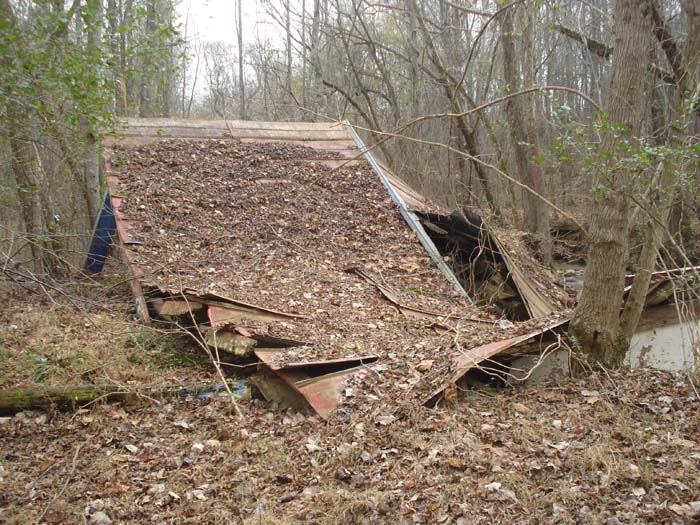 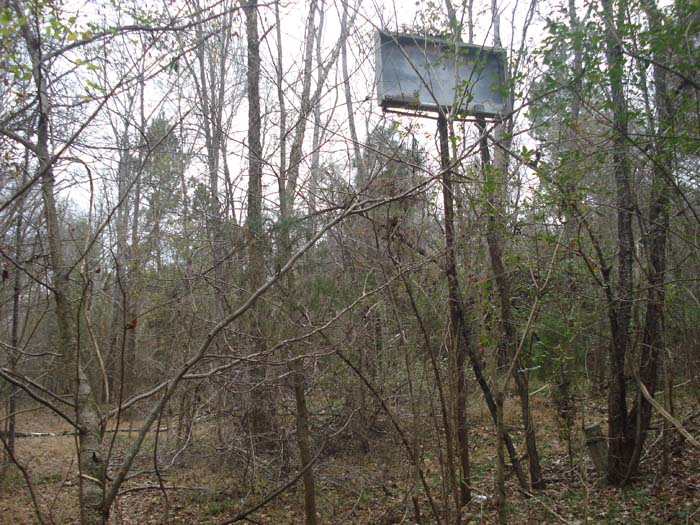 The left lane win light still remains and was a dangerous one foot away from the track with no guardrail. The track was quarter-mile from 1965 until 1979, when it was shortened to eighth-mile. The "Win With Sprite" scoreboard covers are missing. At the end of the visit, Spartanburg Dragway yielded one gift to one of its staunchest supporters -- a burned out photo cell bulb.
Categories:
:::::: Editorials ::::::