When we reintroduced CircleTrackPlus.com, we looked around for a number of journalists who could help us to build the brand. Tom Higgins accepted our invitation to share his stories of days gone by. He provided us with some of the best stories fit to tell. Tom recently passed away, but his memories will remain with us for years to come. Decorated NASCAR journalist Deb Williams wrote this great piece for us remembering the Master Storyteller - Tom Higgins. - Editor 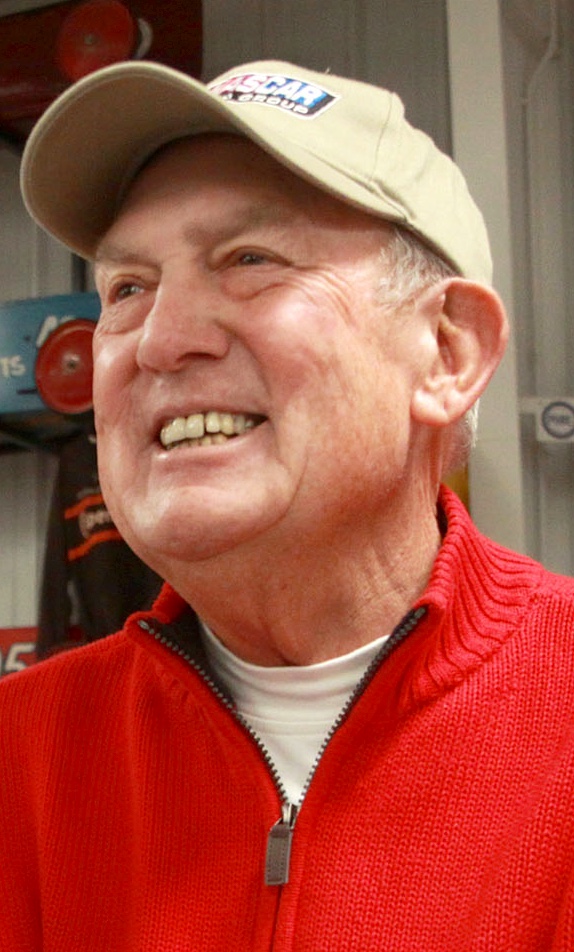 For 33 years, Tom Higgins was The Charlotte Observer’s voice in the motorsports world. It was the way he handled his newspaper beat, however, that endeared him to the motorsports community, specifically NASCAR.

Higgins truly cared about the sport and its people. He never viewed them as a rung on his career ladder. To report on devastating news, such as the death of Neil Bonnett, Alan Kulwicki or Davey Allison was difficult for him, but he executed it professionally with compassion. And it was that compassion that separated him from other reporters; that made him one of the best storytellers in the business.

Perhaps one could attribute that to Higgins’ heritage. The son of a wildlife officer, Higgins grew up in Burnsville, a small western North Carolina town in the heart of the southern Appalachian Mountains. It’s a region where storytelling is an art and perhaps that’s where the man nicknamed “Pappy” received the foundation for his craft.

Higgins loved the outdoors, a passion he no doubt inherited from his father. In fact, he covered that for The Charlotte Observer as well, often traveling to the Outer Banks on fishing trips or casting a line with a NASCAR driver. For freshwater fishing, he loved spending time at Fontana Lake, which rests along the Great Smoky Mountains’ southern border.

Higgins also possessed an affinity for golf. Every August after the Saturday night Bristol race, Higgins and his best friend Steve Waid would trek to Mount Mitchell in Higgins’ beloved Yancey County and spend Sunday on the golf course. After retirement, Higgins often met retired NASCAR engine builder Waddell Wilson for a round of golf near their Charlotte homes. Wilson grew up across the mountain from Higgins and even though they eventually became close friends that wasn’t the case in high school. While playing against one another in a basketball game Wilson became angry and punched Higgins. It was a story that drew laughter from both on many occasions in later years.

Even though Higgins was best known for his NASCAR coverage, that’s not how he began his career. His eventual award winning profession began in a small paper mill town in western North Carolina where he was assigned to cover the Champions of Canton; one of the best men’s fast-pitch softball teams in the nation. It was that softball team that I watched as a child that we often discussed. After leaving The Canton Enterprise, which was a weekly newspaper, he obtained a job on a daily. It was there where he suddenly found himself one day interviewing the Rev. Billy Graham.

With Higgins, it was always one adventure after another. He never met a stranger. It didn’t matter if he was in a country bar in New York City, which a group of us somehow found during a NASCAR Awards Banquet weekend, or an excursion to Carefree, Ariz., and the nearby restaurant named The Horny Toad, Higgins could strike up a conversation with anyone. He was a people-person; a large man with a big heart, a booming voice, a tremendous storytelling talent and an overabundance of loyalty to his friends. A simple man who enjoyed watching the squirrels play outside his window and people on the golf course after suffering a stroke last year that left him paralyzed on his left side.

In mid-July, Tom Higgins suffered another stroke and on July 31 one of NASCAR’s best storytellers was gone. Thank goodness his work remains for future journalists to read.