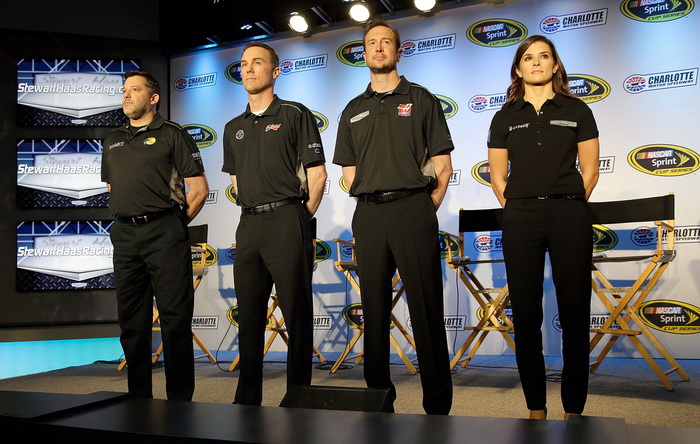 "It's unfortunate that my personal life crossed over and affected my business life, but I can't wait to get to the track, to see my team, to shake their hands and say thanks for the support, and to go out there and make my first lap this weekend."

While the initial steps in the event with Driscoll punished Busch, the steps by the Delaware Attorney General's office, stating they lacked the evidence to charge Busch, convinced NASCAR to lift the indefinite suspension against Busch.

However, NASCAR has replaced the indefinite suspension with indefinite probation. For however long the sanctioning body feels necessary Busch could be suspended once again and possibly permanently.

Busch must also continue to complete his participation in a treatment program and full compliance with any judicial requirements placed upon him.

"We have made it very clear to Kurt Busch our expectations for him moving forward, which includes participation in a treatment program and full compliance with all judicial requirements as a result of his off-track behavior," stated NASCAR in their release.

NASCAR stated they also expect Busch to race competitively and cleanly, the same expectations the sanctioning body has for every driver on the track.

"Talking with Brian France and going through this road, he told me, he says, don't change. Don't be the person that's different in the car, but be a different person outside of the car, and so Brian said, go be yourself in that car. That's what we really love. We love Kurt Busch behind the wheel. Go out there, use that passion, go for those wins, and that's my focus is to be humble through this whole process but let actions speak louder than words."

Busch said he will be able to run immediately for the win knowing he will accumulate points towards getting into the Chase. A win in Phoenix would make him eligible once he climbs into the top 30 in the point standings.

Climbing into the top 30 should not be difficult. In his first return to racing, Brian Vickers accumulated enough points to be 33rd in the driver standings, two points ahead of Tony Stewart and 9 points behind Ricky Stenouse Jr., both having competed in three races versus Vickers single event.

A win at PIR would be the second for Busch. He won the Subway 500 on April 23, 2005 while driving for Jack Roush Racing.