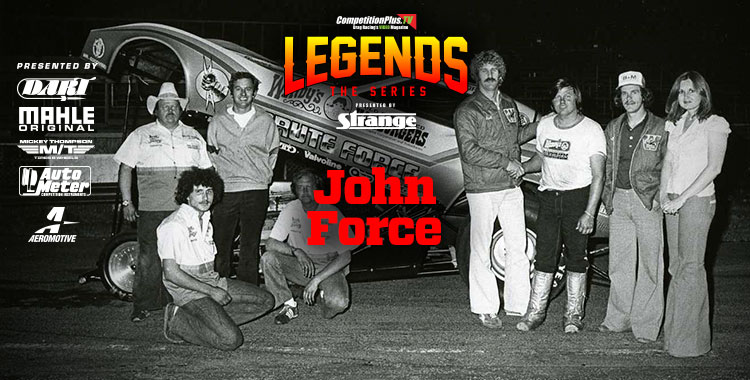 John Force’s incredible success as a professional drag racer belies a childhood in which he rarely won anything – from football to fistfights.

In this episode of Legends, the Series, season four, the 16-time Funny Car champ talks about enduring polio, the influence of his brother Louie, his family’s “Grapes of Wrath” lifestyle, a father whose pride was not evident until after his death, learning to deal with pressure and how he would most like to be remembered.

“I didn’t know I was a poor child,” the 148-time NHRA tour winner said of his years growing up in seven-member family anchored by a truck driving dad and a fry cook mom.   “I thought it was the greatest time of my life.”

He remembers his dad as “a mean guy, but a good man,” fondly recalls the person who sent over a bottle of champagne after his breakthrough win in Canada and observes that when you throw up on someone who’s trying to beat you up, “it kind of ruins the thrill of the fight.”

Finally, he admits that “I hate it when someone is mad at me.  I hate it.  I go and try to fix it, but you can’t fix the world.”

Not that he isn’t trying.  Enjoy as an American icon talks about life’s lessons.