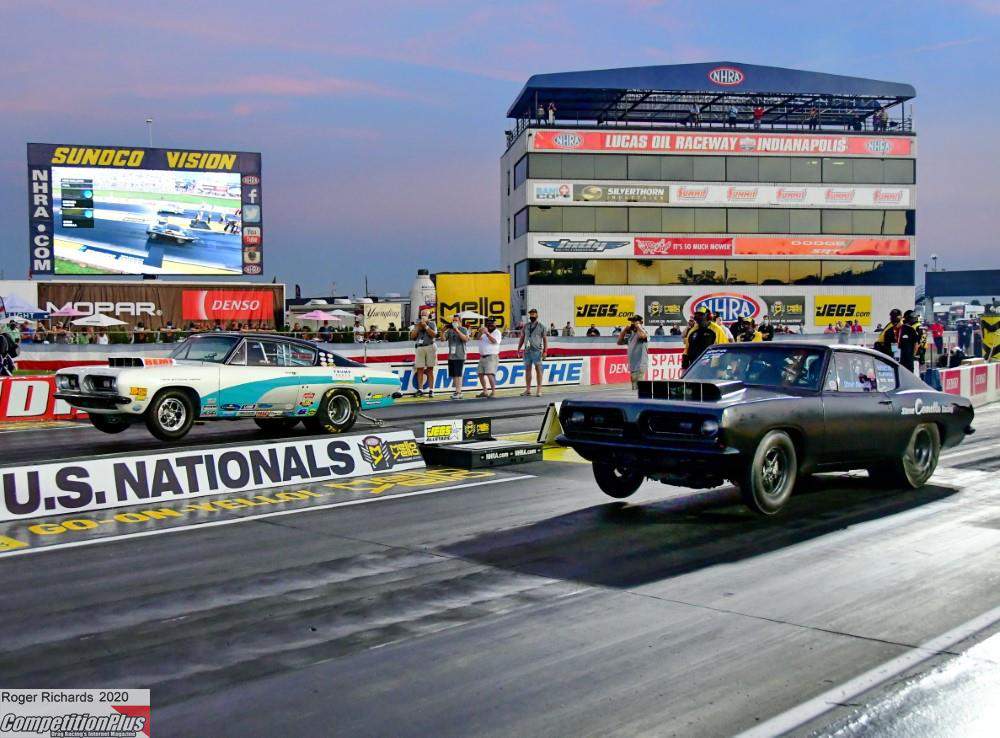 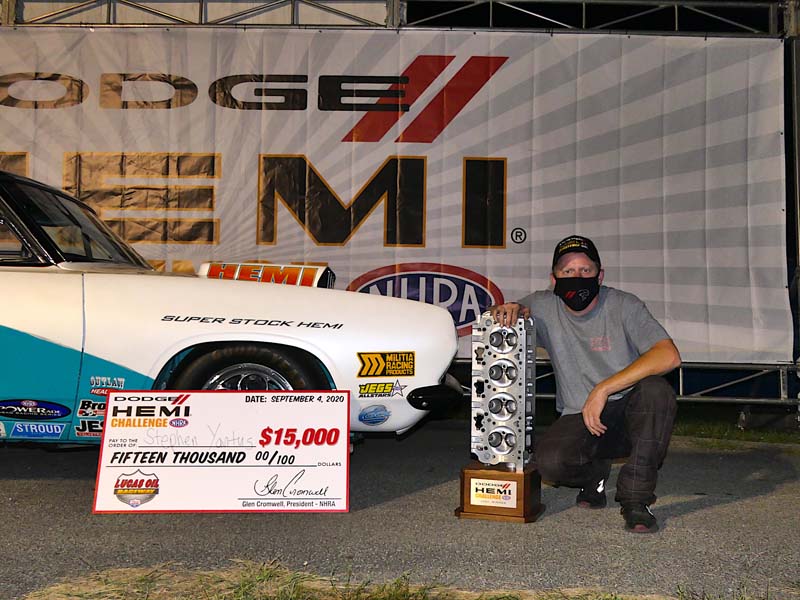 It's a good thing Stephen Yantus didn't put much stake into the odds.

Fact is, with 18 consecutive round wins from Dodge Mopar Hemi Shootout icon Jimmy Daniels headed into the 2020 event, the odds were pretty much against the Charleston, SC-based Yantus. For Yantus, Friday's race-within-a-race at the Denso NHRA U.S. Nationals was only his third time racing the event in four years.

Yantus created his own odds as he stopped an upset-minded Steve Commela in the finals of the prestigious event. His consistent barrage of 8.4-second elapsed times was enough to seal the deal, his first ever, with an 8.410, 158.28.

"I really can't even describe it," Yantus said Friday evening in the winner's circle. "We've been chasing this thing since we started this deal four years ago. We kept on plugging away, kept on chugging and my team, my entire group, my owner of the car. Charlie Wescott at Militia Racing Products, he built me the baddest ass bullet on the face of the planet, man.

"I mean, that thing ran 8.40s all day, and we were the only car in the 8.40s. I owe everything to my whole crew and all of them. I got the pilot this bad car. Man, I'm just grateful, just that we got done through here."

Yantus made his intentions known at the onset when he beat Daniel to the top of the qualifying leaderboard with an 8.477 second elapsed time at 158.50 miles per hour. How much of a statement did Yantus make? He was .074 seconds quicker than the No. 2 Daniel. 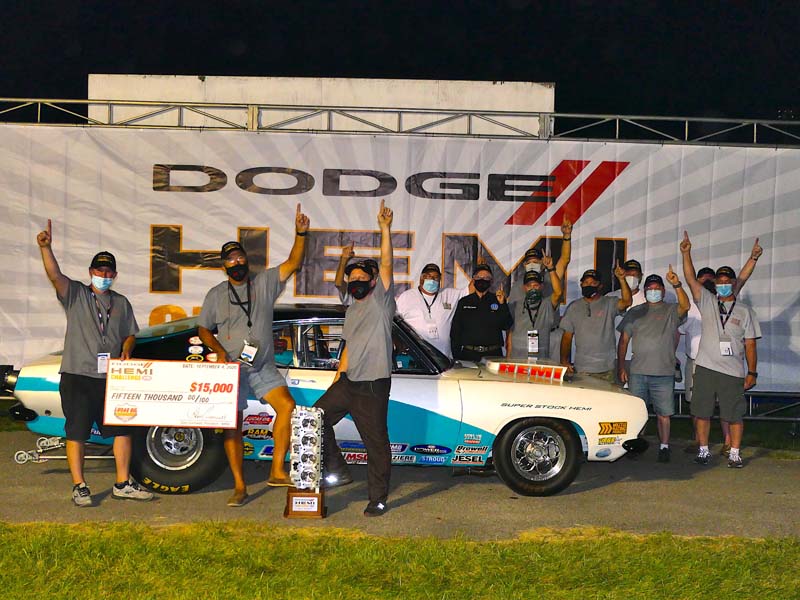 The event took a twist when Joe Teuton took out Daniel by beating him on both ends of the track. In the same opening round, Yantus delivered the smackdown on a bye run with an 8.412, which was a tenth quicker than the second quickest winner.

This would be Yantus' modus operandi all day long as he ran 8.452 (Russ Campbell), and 8.413 (Bucky Hess) to reach the finals against Comella.

On the other side of the ladder, Comella, who scored the last spot in the 15-car field, was the recipient of three consecutive red-lights (Jim Pancake, Gary Wolkwitz and Steve Kent) to reach the final round.

Yantus admits his best approach was to concentrate on his own race instead of what fortunes were falling Comella's way.

"We're all drag racers, and they say sometimes you got to get lucky, rather than be good. And I got a lot of luck, and the car hung itself out every time. We never slacked off, and we had it on kill all day. It went .49, .45, back-to-back 41s. Man, it's just a dream come true."

Even Yantus, with tears welling up, had to admit the emotion of the moment had gotten the best of him.

"I just we've been chasing this for a long time and along with our families, it's real emotional," Yantus said. "And man, I can't thank everybody enough for making this happen."