THREE DECADES INTO DRAG RACING, HANRATTY STILL IN LOVE WITH THE SPORT 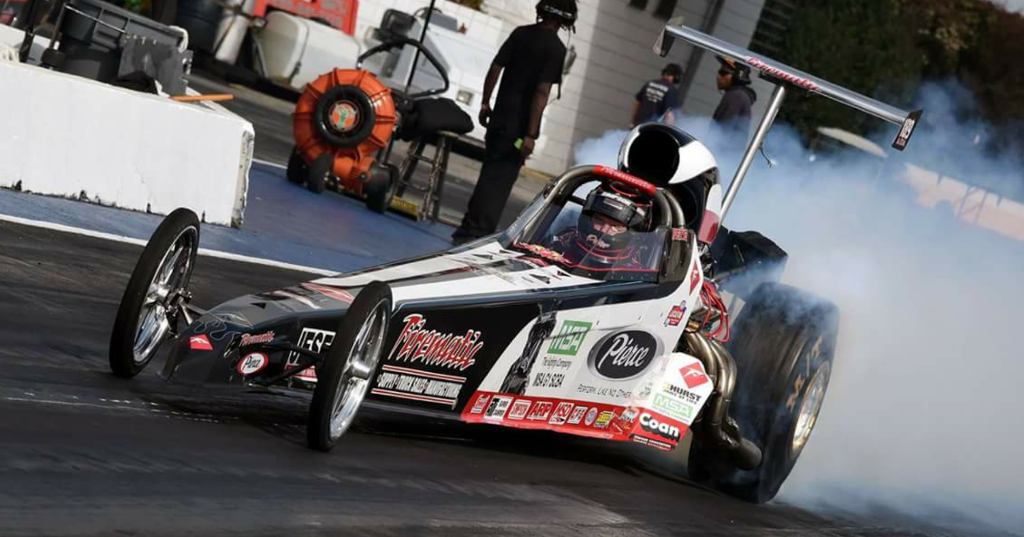 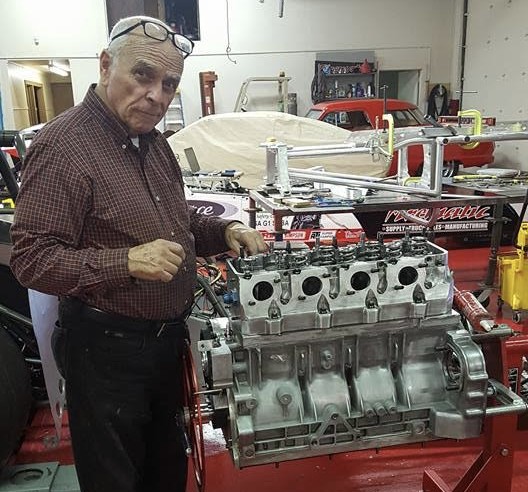 Pete Hanratty has made a name for himself in the world of drag racing as one of the staples in the Competition Eliminator class. Racing for over three decades, the Northeast division 1 racer still finds love in racing with his family.

“I’m about as much of a dinosaur as they come other than a couple of guys,” Hanratty laughed. “My dad had been racing our whole lives as kids and it probably helped keep us out of trouble. A little after my eighteenth birthday, my dad had gotten his license in our dragster and then asked if I wanted to give it a try. I went two tenths of a second faster than he did and that was it; he never drove it again. I’m now 52 and I’ve been racing for 34 years.”

Hanratty credits his father as the ‘wizard’ when it comes to the mechanical side of their racing operation. His father builds both motors for Hanratty's 500 inch DRCE and his brother's 248 inch four-cylinder in K/A.

The Speonk, New York-native’s family company Firematic Supply currently sponsors a reaction-time bonus program. The Comp Eliminator Firematic First Reactor Award offers a $200 bonus at each event for all of the Lucas Oil Drag Racing Series events to the first racer with the best .00-second reaction time in a winning elimination round. Bye-runs do not count towards the purse and if no competitor wins the award during the event, it rolls over to the next event until it is won. At the end of the year, a $1,000 bonus award drawing is held at the Northeast Division Banquet for any Competition Eliminator racer recording a perfect .000-second reaction time in a winning elimination round.

“We all try to do what we can to help out the Comp people,” he said. “When I was eighteen, there were the David Nickens groups, the Pattersons, and many other teams that were those kind of people that when we went to the racetrack and they started up their cars, we came running to see what was going on because it was so exciting. I think we need to find a modern way to elevate the status of Comp back to where it was.”

Hanratty’s current Competition Eliminator car is a 2004 A/DA dragster that has an index of 7.17.

“I drive an A/DA dragster now but I’ve driven pretty much the full series of cars in A over my career,” Hanratty said. “My dragster has a 500-inch motor and it’s about as close to a Pro Stock motor as I can get without spending that kind of money. My brother Michael runs that four-cylinder in K/A. We have a lot of fun racing in the same class.”

Hanratty knows getting a younger generation into the sport, and more importantly into Competition Eliminator, is how the class will continue to thrive for years to come.

“It’s tough to draw younger kids to the class,” he admitted. “If we could get the younger generation into the class, that’d be the way to go. Some of the kids are racing Top Dragster and Top Sportsman and most of them have the same budget if not more than some of the Comp cars racing right now; a lot of them have more into their cars than I do. I know some people say that the younger generation doesn’t want to work but I don’t think that’s necessarily true. I just think they want to work on something different and maybe we can show them the way into Competition Eliminator.”