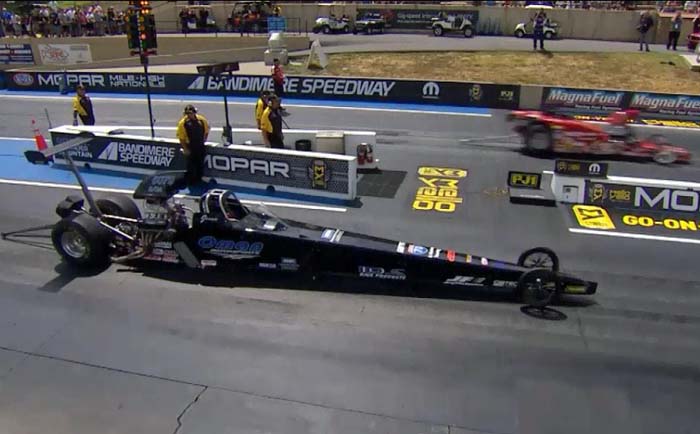 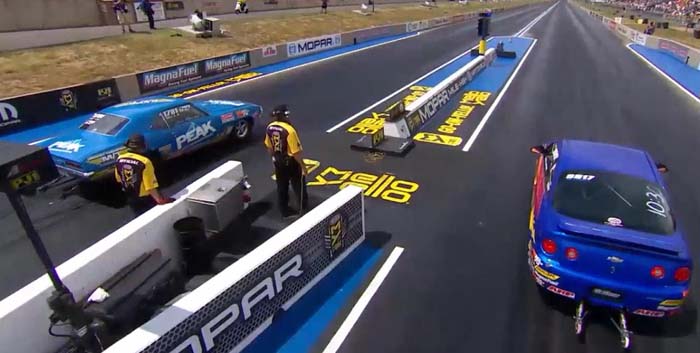 Fletcher, who hit the 100 wins milestone early this month, grabbed number 101 and his eighth at Bandimere Speedway as he knocked out Justin Jenkins in Super Stock.  Fletcher pulled out a great .002 second reaction time then held on to win in 11.122 seconds as Jenkins ran too quick as he tried to chase down Fletcher. 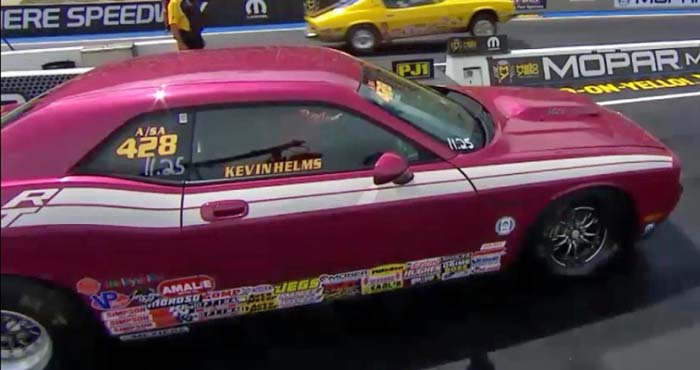 In Stock it was Helms collecting his 26th national event win and 3rd up on the mountain.  Helms went 11.296 in his Challenger to take out Scott Wells and his Camaro running 12.624.  Helms doubled up at Bandimere back in 2005 when he won in both Stock and Super Stock.

Johnson used a nice .009 second reaction time to help secure his first win as Basgall and Cruickshank had similar reaction times (.010 Basgall, .011 Cruickshank) in their first national event victories.  Johnson defeated Morgan Minor in a double breakout running 10.464 seconds at 152.18 to Minor’s 10.432, 145.97 for the Super Gas title.  Basgall won easily over Jason Covington who had problems off the start in Top Dragster presented by Racing RVs and Cruickshank took the Top Sportsman presented by Racing RVs when Bud Preuss left early with a red light foul start.

Kris Whitfield and Troy Grant rounded out the winner’s circle as Whitfield defended his Mile-High win from a year ago in beating Gary Wamboldt in Super Comp and Grant put John Bianco on the trailer in Super Street.  Whitfield took the early lead and the win in 9.544 seconds and Grant was .005 on the tree in forcing Bianco to break out by just .001 second.