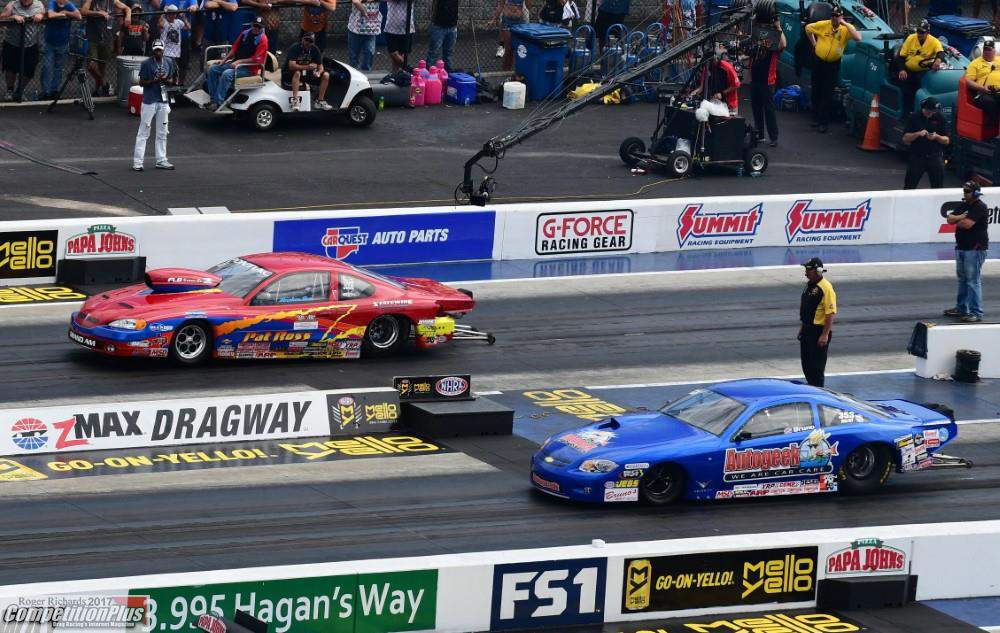 "The biggest obstacle we face is that some people believe Competition Eliminator is going away," Hatcher said. "That's simply not the case. We had a conference call with Graham Light and Rob Park back in January, and the first thing out of Graham's mouth is Comp Eliminator is not going away until there are no cars to race."

The NHRA Gatornationals, the second event on the 2017 Lucas Oil national event tour for Comp Eliminator, only had 17 entries, which was up five from the season-opener in Pomona, Ca. This participation level is nearly a 50-percent decrease from the 2007 event, which attracted 36 entries.

Hatcher said the cold, hard reality of dwindling participation is the impetus for him and his fellow racers fighting to improve the competition in their class. He said they are not alone in the fight.

"NHRA came to us to help them grow the class because they don't want the class to go away," Hatcher said. "They don't want to see it go away, and that was the purpose of our meeting. Our committee has been working hard to reach all of the Comp Eliminator racers so we can build this class back up. No matter what we do, there are those who try to spin it bad. We are going to grow this class. We have gotten calls from many racers saying they are coming out.

"We just want to let these people know who have an interest in Comp Eliminator, if they want to race, the time to do so is now."

Graham Light, NHRA VP of Operation, says he has a soft place in his heart for Competition Eliminator. This was where Light began his drag racing career which eventually led him to Top Fuel.

"It’s an interesting category, it’s unique, it’s four cylinders versus big V8s, there’s something there for everybody," Light said. "But it’s become a very expensive category and [the low car counts are] a concern. The numbers are dwindling; I think it’s due to expense. The tech department has worked very hard with the competitors trying to implement rules that can reduce cost, which is almost an impossibility.

"We’re doing everything we can working with the racers to try and revive that category for the long term future. I don’t know."

David Rampy, a past Comp Eliminator champion, said he would love to see a bright future for the class. He believes there will need to be changes if the class is to rebound.

"I love the class, and I think it’s a great class. I want to see it survive, so I just wish the guys would get out here and start racing."

Rampy believes maybe Comp needs some new classes added to stir excitement. Some believe Comp Eliminator is a perfect place for those running the Factory Stock Showdown who prefer racing without a breakout. There are those who believe an attempt to cater to the old Modified eliminator style cars in something close to a Modified Production style program if only to preserve the vintage race cars which are quickly becoming obsolete in Super Stock.

Currently, there are 98 classifications within Competition.

Rampy said he's on board with adding new styles of racing as long as they have to work to maintain competitiveness like he and his fellow racers have for decades.

"I got no problem with that at all," Rampy said. "But you gotta give them indexes fair. You can’t give them a soft index of two-tenths, or fifteen-hundredths and say, ‘Well it will work itself out."

Light said a wait and see attitude is not going to help Competition Eliminator.

Hatcher doesn't believe Comp is a class failing and believes strength in numbers will go a long way towards squelching persistent rumors of its demise.

"We believe there are people sitting at home, worried about the health of Comp," Hatcher said. "There are some who believe this is a dying breed, but that's not correct. Everybody who got into drag racing got into it because they wanted to go fast and make their car go faster. That's exactly what Comp Eliminator is all about. To say we are a dying breed is a far cry from what we really are."