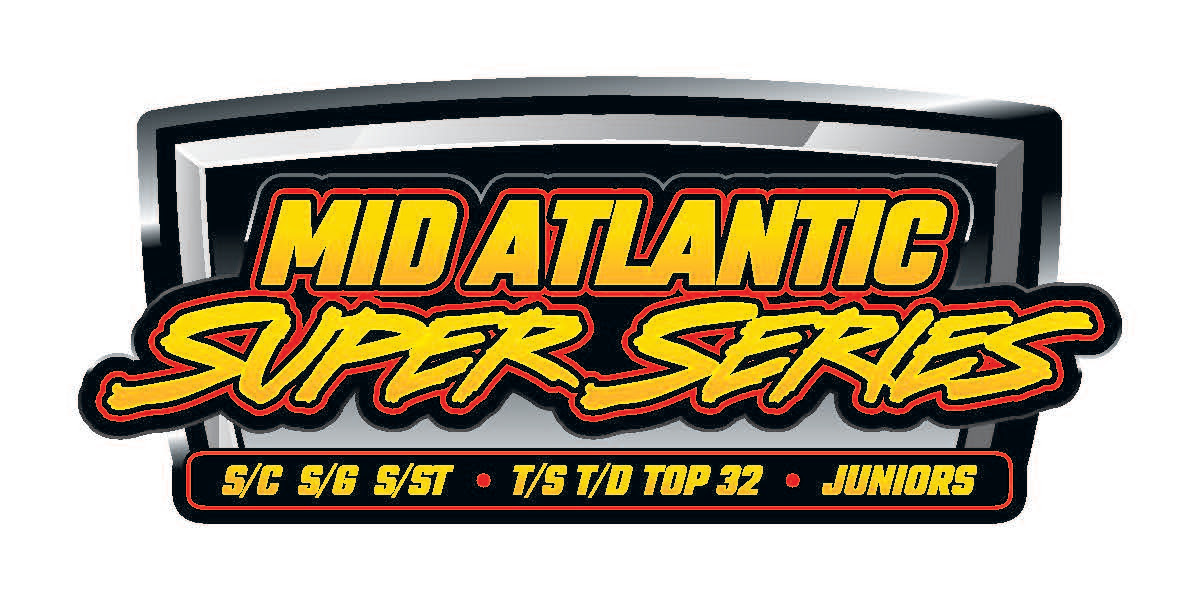 Fuel Factory has entered a multi-year partnership to fuel the efforts of racers in the Mid Atlantic Super Series. That is, until now. Yes, in 2021, they all started together, but only because the schedule was adjusted for COVID restrictions. This time it was a planned start.

When the 2023 NHRA Camping World Drag Racing Series kicks off next month in Gainesville, Florida, the two-wheel racing contingent will be on equal ground with its four-wheel brethren. 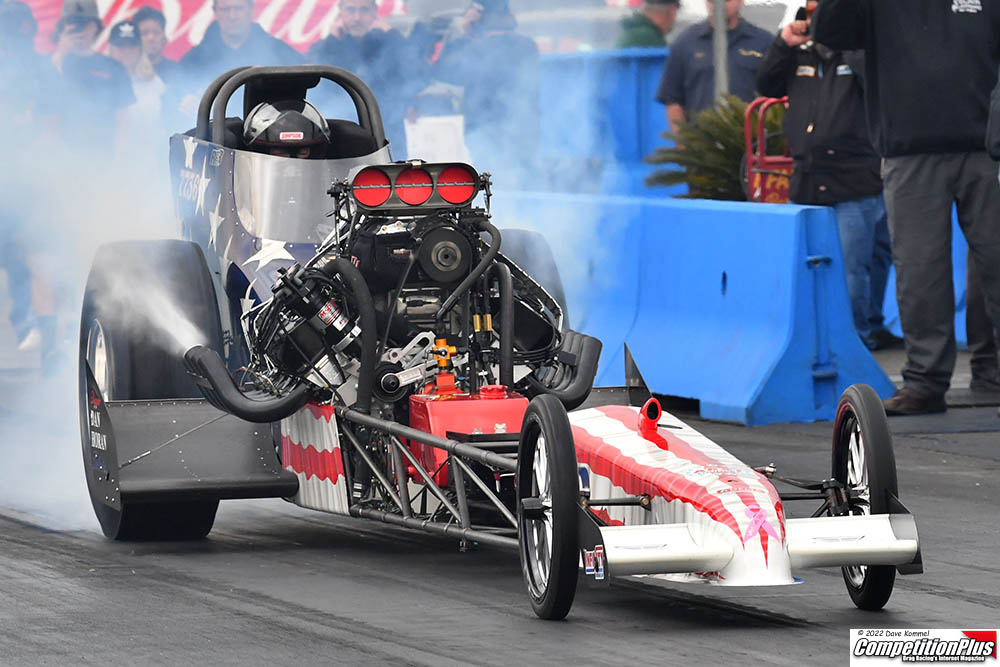 A proverbial pot of golf awaits the winner in Top Fuel at the 65th running of the iconic March Meet at historic Famoso Dragstrip in Bakersfield, California. The race is slated for March 2-5.

Bob McLennan, the owner and crew chief of the famed Champion Speed Shop Top Fuel dragster and head of the AAFD (All-American Fuel Dragsters) association, recently announced with the help of Top Fuel driver Jim Young and Famoso track operator Blake Bowser that the eliminator field would be racing for the largest purse in the history of the March Meet. 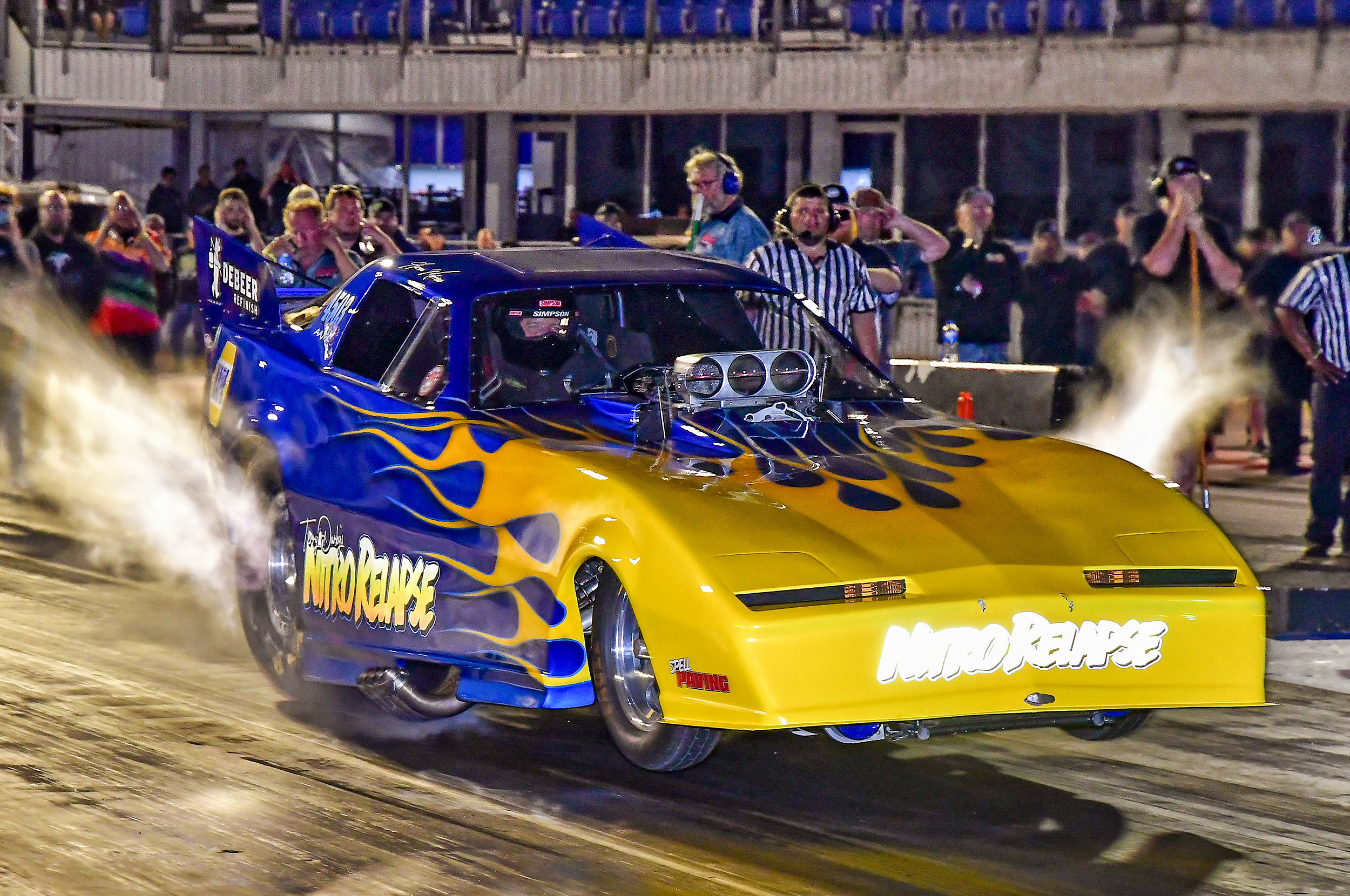 These new partnerships along with continued primary support from Spell Paving Services, Wulff Pumps and Fat Tirez Apparel have made it possible for big changes in the per event and year end payout program for the 2023 season.

ROBERT HIGHT’S FUNNY CAR TO HAVE DIFFERENT FLAVOR IN 2023 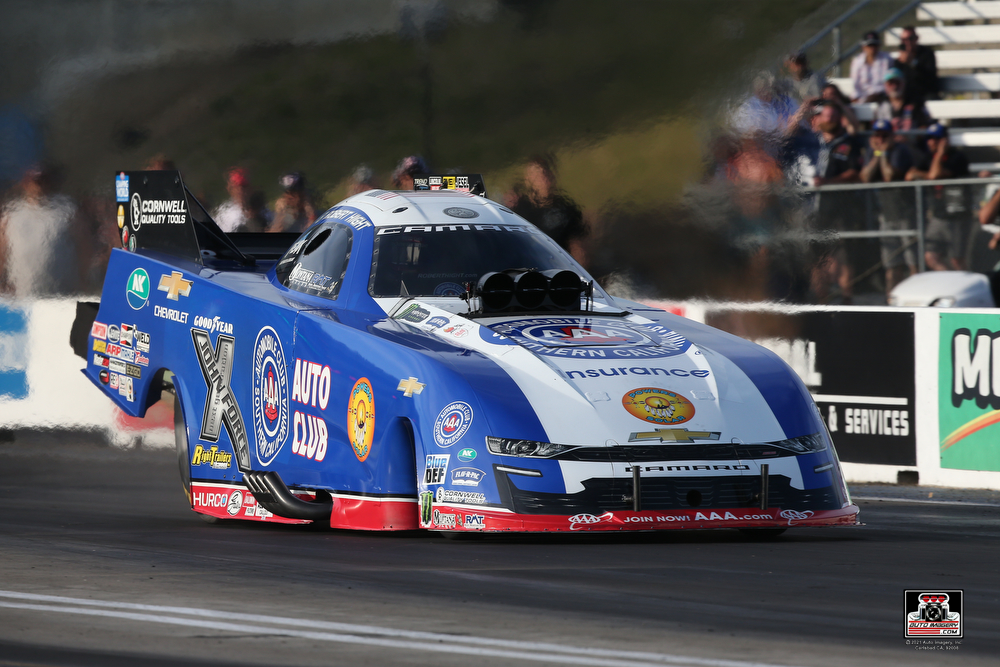 Flav-R-Pac Frozen Fruits and Vegetables, which is owned by Frank Tiegs, will be a primary sponsor on Robert Hight’s Chevrolet Camaro Funny Car this season.

In addition to flying their colors on Brittany Force’s Top Fuel dragster for half the season, Flav-R-Pac has stepped up to take on four races with the three-time Funny Car champion. Hight will field the Flav-R-Pac / Cornwell Tools / AAA Chevrolet Camaro SS Funny Car to open the 2023 season at the Amalie Motor Oil NHRA Gatornationals at Gainesville Raceway in Florida, March 10-12.

“I’m extremely excited for the opportunity to race the Flav-R-Pac colors. Frank Tiegs, who owns Flav-R-Pac and Montana Brand / Rocky Mountain Twist on Austin Prock’s dragster, has been a major part of the John Force Racing family over the last several years. I think it really says something about how well the partnership is working to have him take on an additional car with us for four races,” said Hight, President of John Force Racing. “I look forward to celebrating with him in the winner’s circle and maybe even getting a double up with Brittany in her Flav-R-Pac dragster. That would be huge.” 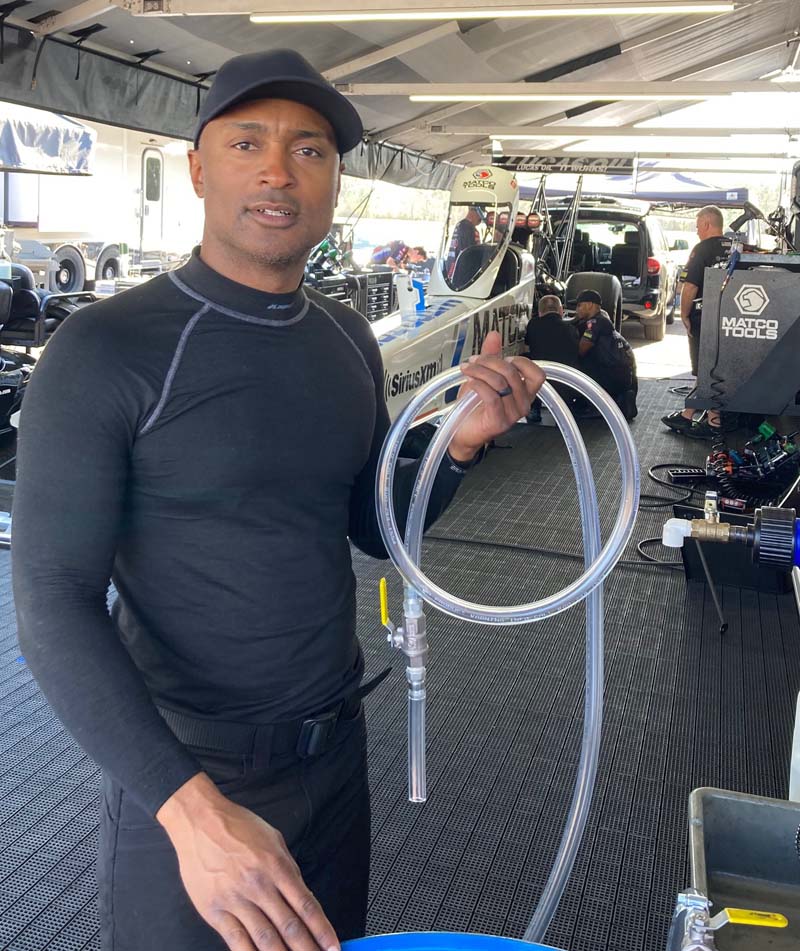 Brian Corradi is one of those crew chiefs who can get the most out of any situation. During testing last weekend in Gainesville, Fla., he was busy getting the most out of his driver - Antron Brown.

However, the task was not to get more performance out of Brown, as he understands Brown already drives at peak performance. It's Brown's spare time that Corradi wants to improve the bottom line.

Brown spends a healthy amount of his time in the pits during the events mixing up the Matco Team's fuel for the day, and as Corradi sees it, this chore takes up more of the boss' time than it should.

WHY DID THE CAMARO TAKE OVER PRO STOCK? BECAUSE IT WAS BUILT TO DO SO 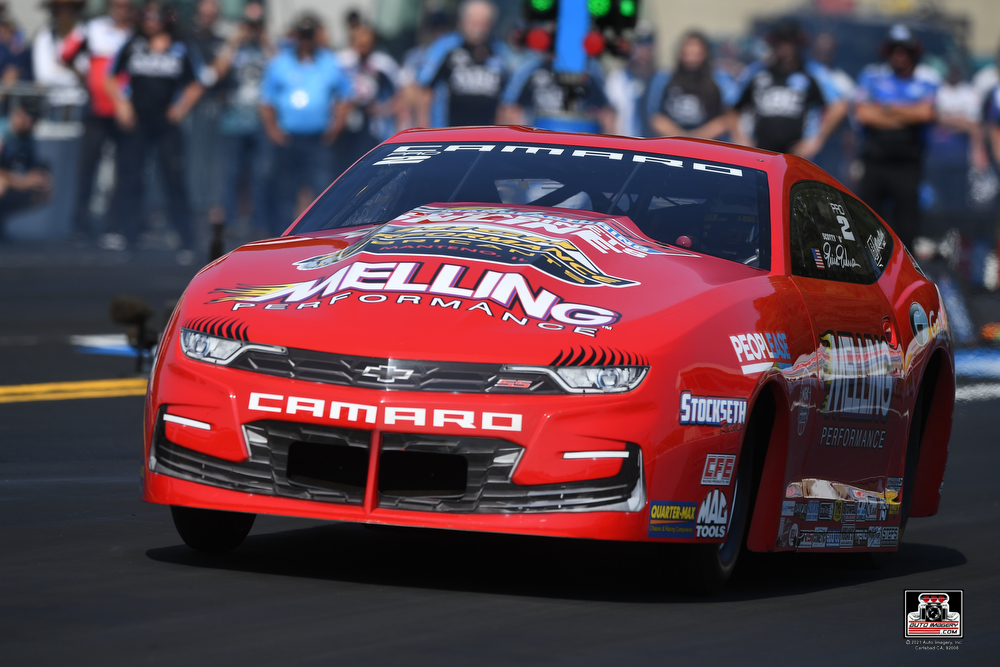 Do you ever wonder why the Camaro is virtually everywhere in drag racing and dominates Pro Stock in entries? It's not rocket science; the Chevrolet has been the Bowtie brand's all-time largest-selling sports car. There have been 5.5 million Camaros sold since 1967, even after taking off eight years of production.

Chevy fans can thank Ford Motor Company and their Mustang for the Camaro. The Camaro became a response, although not immediately. General Motors wasn't worried about the Mustang and initially felt their Corvair was an adequate response and a superior car. They were greatly mistaken.

Ford Mustang sales topped 100,000, and while GM redesigned their Corvair, they quickly learned it wasn't even in the ballpark. The Corvair sold only 73,000 units. The combination of declining Corvair sales and a book by Ralph Nader, Unsafe At Any Speed, pushed the Camaro into production at warp speed. Along with the incredible on-track action to kick off the 2023 NHRA Camping World Drag Racing Series season, the hallowed grounds of famed Gainesville Raceway will feature five of the most historic cars from legendary driver “Big Daddy” Don Garlits in a special “Swamp Rat Alley” section at the 54th annual Amalie Motor Oil NHRA Gatornationals.

NHRA and Garlits, one of the most iconic drivers in drag racing history, have teamed up for the “Swamp Rat Alley” inside the Hot Rod Junction featuring six famous Garlits cars. The cars will be on display throughout the weekend at Gainesville Raceway, giving fans the unique chance to check out some of the most historic cars driven by one of the legends in the sport. Garlits will also be on hand throughout the weekend at Gainesville Raceway to meet with and sign autographs for fans.

HERRERA BRINGS TO VANCE AND HINES A RIDER OF THE FUTURE 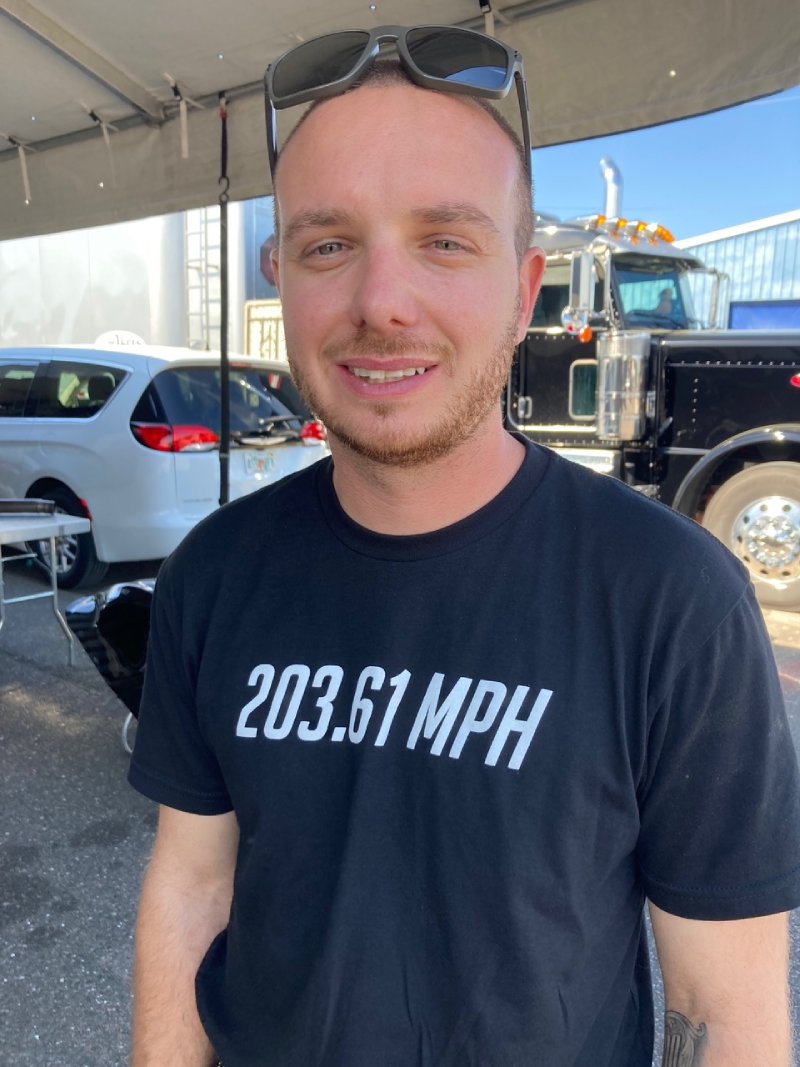 Gaige Herrera is so new to the Vance & Hines team that his name isn't even lettered on the hauler when it rolled into Gainesville Raceway for this week's testing. And to hear his mentors speak, the drag racing world will soon know his name very well... lettered or not.

"I think Gaige is going to help us understand some things," multi-time champion Eddie Krawiec, who is both a teammate and mentor to Herrera. "I think he's at the top of the class, like elite riders. He is really good."

At least in Krawiec's assessment, the most immediate comparison he draws is Joey Gladstone, a rider who, like Herrera, came from an outlaw bike background. 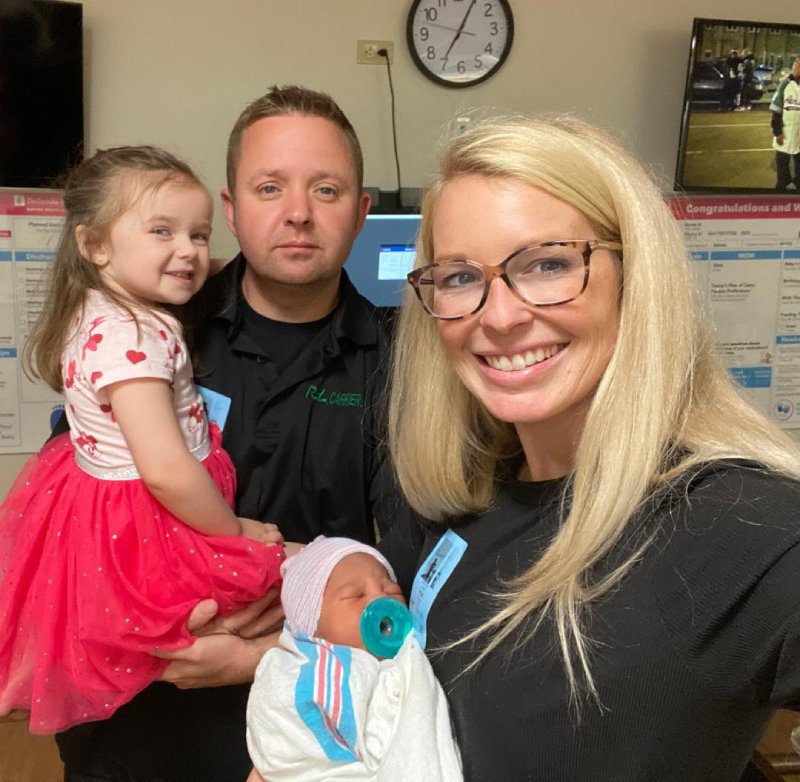 “We are beyond excited to become ‘Hart party of four’ with the addition of Banks to our crew,” said Hart. “Brittanie and I thought the timing was right to welcome Banks to our family through adoption and we could not be more thrilled. This was a decision we have been praying on for some time and God blessed us with Banks at the perfect time.”

Brittanie added, "Our hearts are full and we are so grateful for the love and support we have already received from the racing community. We have been blessed to be able to welcome Banks into our family and our hearts are bursting with love."