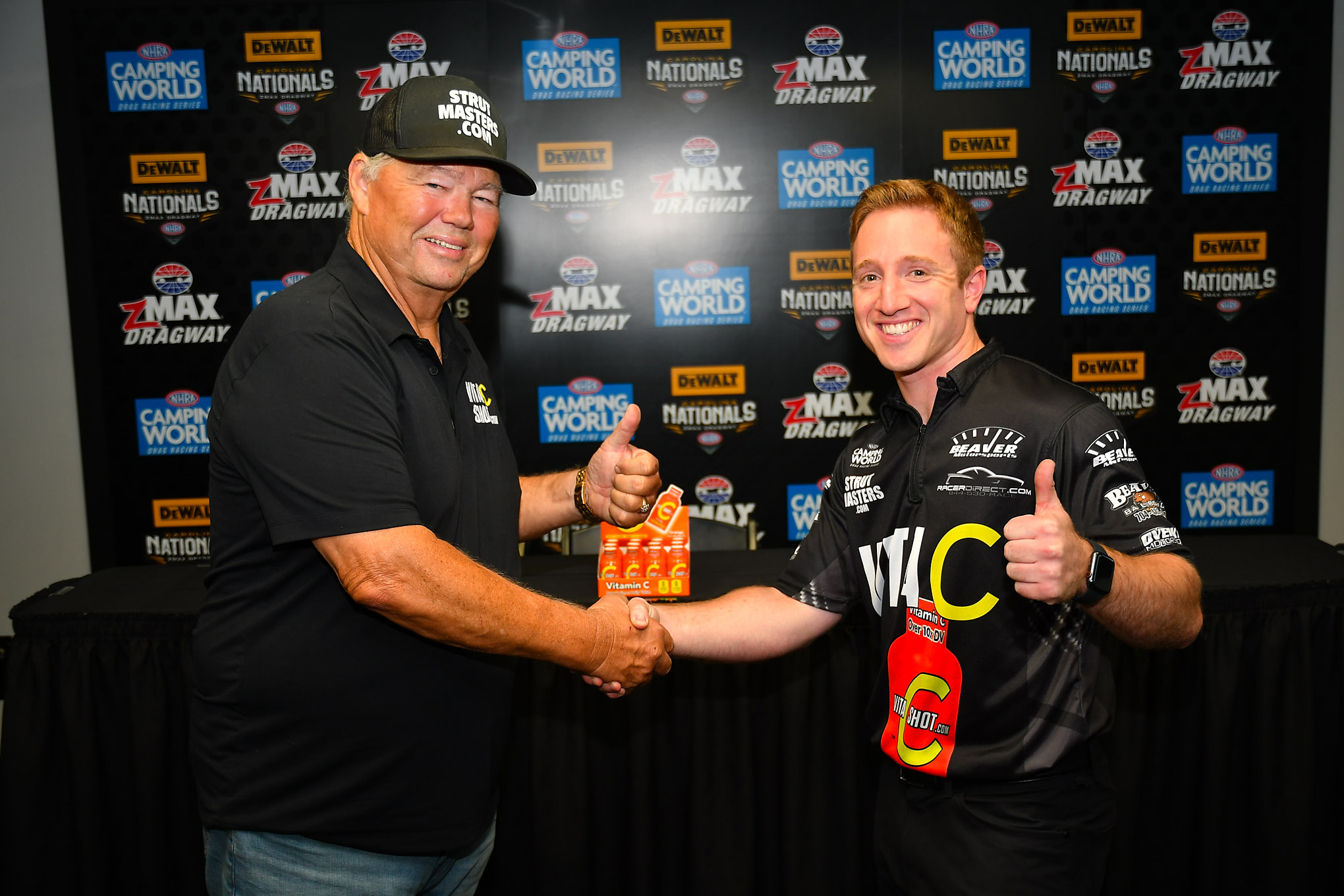 Justin Ashley has been proficient when it comes to bringing in sponsorship for outside of the mainstream companies. Friday at zMax Dragway, the 2020 Rookie of the Year introduced another new marketing partner.

"I could not think of a better company for our program to partner with, than this company right here, and we're grateful for the opportunity, and we're looking forward to it," said Ashley. "The great part about it is, it has the caffeine in it, it has the energy, but it's more about the vitamins. It's more about the minerals that are going to provide you with good health and make you healthy the right way, which is something that I absolutely love. 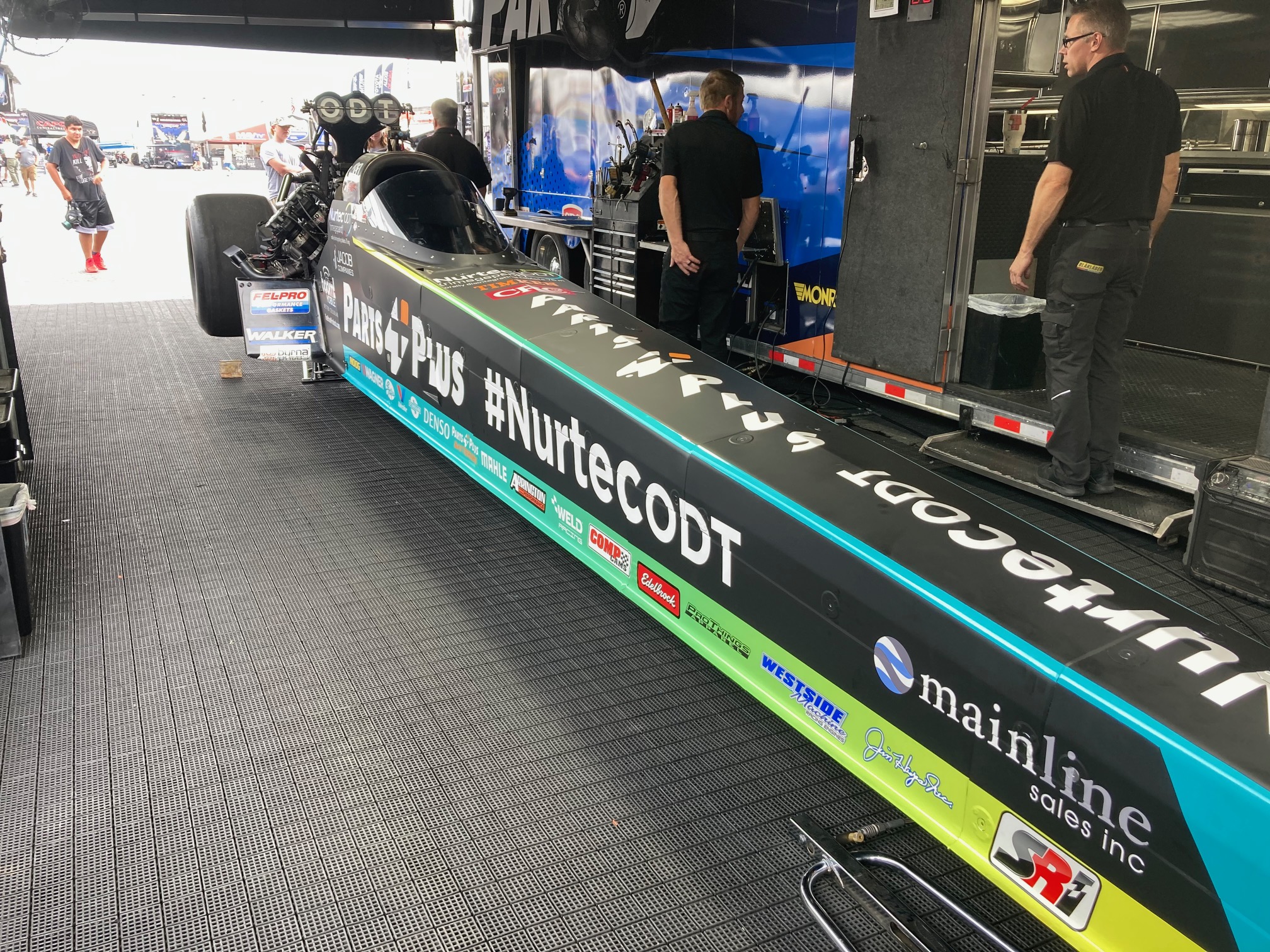 Millican is racing at the DeWalt Tools NHRA Carolina Nationals with sponsorship from Nurtec ODT, a medication for the acute treatment of migraine headaches. However, the connection to the medical industry, is just a coincidence.

BRITTANY FORCE KNOCKING ON THE DOOR OF BECK'S HISTORIC NO. 1 QUALIFIER RECORD 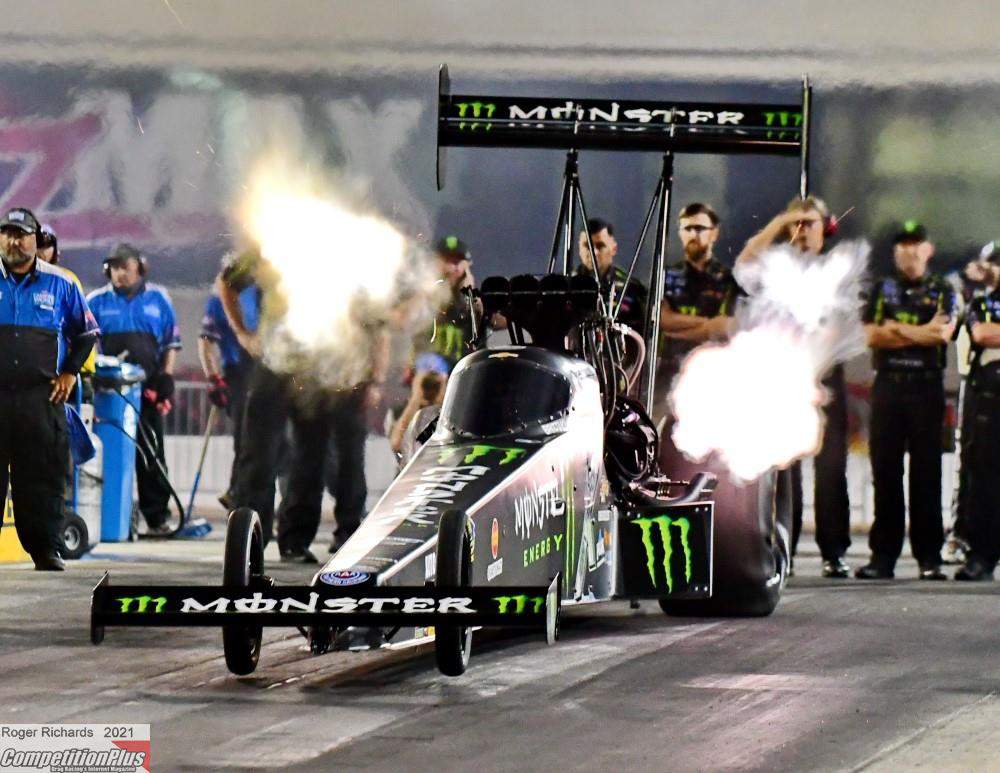 Growing up in drag racing, Brittany Force is aware of the legends and their great accomplishments. The second-generation drag racer entered this weekend's DeWalt Tools NHRA Carolina Nationals knocking on the door of a nearly 30-year old Top Fuel record.

In the 1982 and 1983 seasons, Gary Beck drove the Larry Minor Top Fuel dragster to nine consecutive No. 1 qualifiers. Friday night, Ms. Force pulled to within one race, at least provisionally, of Beck's longstanding mark on the strength of a 3.662 elapsed time at 331.85 miles per hour.

JUST LIKE MOSES, 70-SOMETHING JOHN FORCE ON THE EDGE OF THE PROMISED LAND 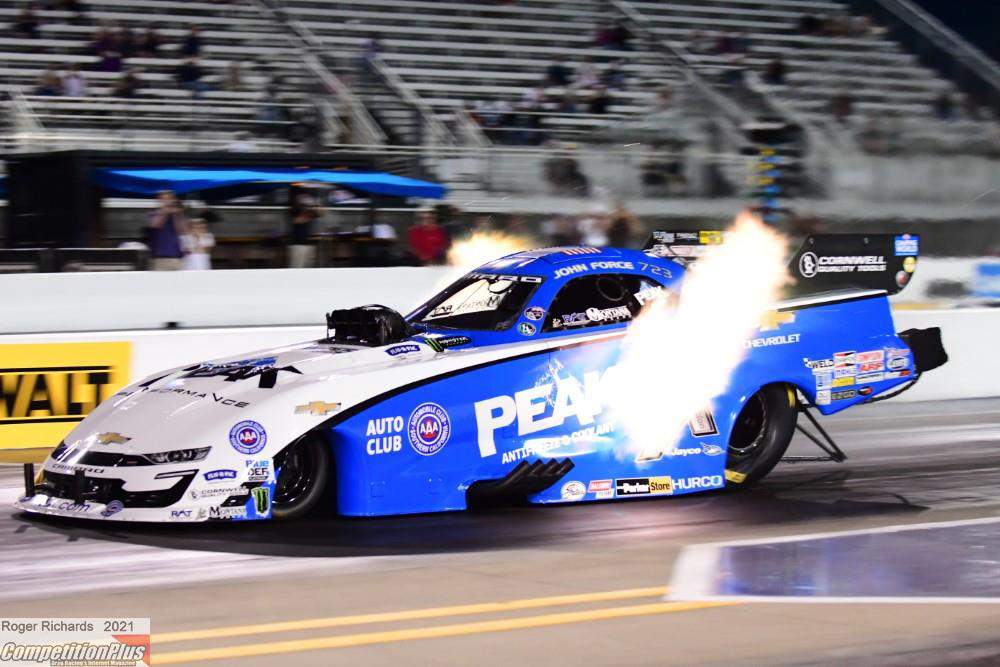 One could easily conclude that 16-time NHRA Funny Car champion John Force is on a mission.

Force, in Friday's lone qualifying session at the DeWalt Tools NHRA Carolina Nationals, drove his way to the provisional top spot with a 3.860 elapsed time at 332 miles per hour. If the run holds through Saturday's heat of the day sessions, it will mark the third time this season that Force has gone into Sunday as the No. 1 seeded driver. 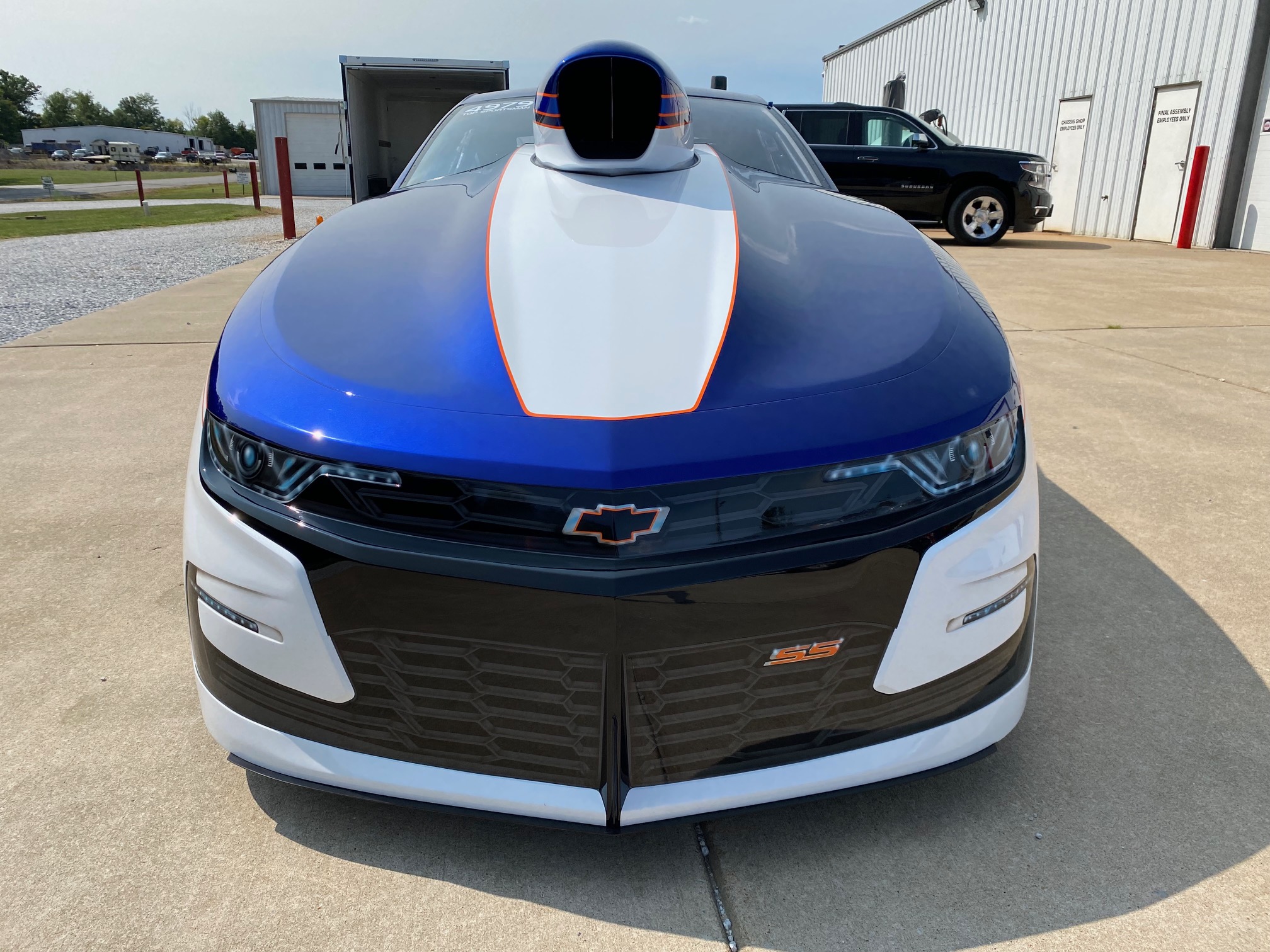 The team at Jerry Bickel Race Cars, known for their talents in cranking out top-notch Pro Modified cars, recently rolled out a Top Sportsman entry worth showcasing. This Camaro belongs in Artesia, New Mexico's Craig Liles and is destined for NHRA Div. 4 competition.

JOHNSON RIDES BLINDLY TO PROVISIONAL PSM NO. 1 IN CHARLOTTE 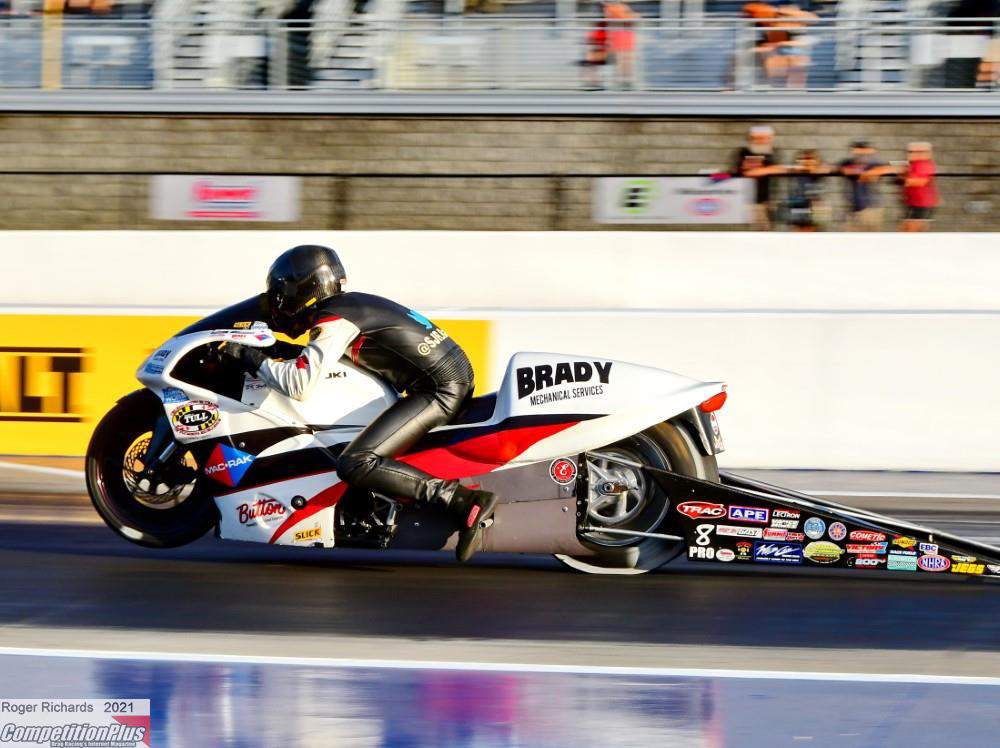 When Pro Stock Motorcycle rider Steve Johnson pulls off something spectacular, tempering his enthusiasm isn’t an option. However, after riding his four-valve Suzuki to the provisional No. 1 Pro Stock Motorcycle run during opening day qualifying at the DeWalt Tools NHRA Carolina Nationals, he was a bit more subdued than usual.

Johnson, who entered zMax Dragway as the leader in Pro Stock Bike pits, was someone confused by what had transpired during the 6.807 seconds it took him to reach the finish line stripe while speeding along at 196.47 miles per hour.

STANFIELD ON THE CUSP OF FIRST CAREER PRO STOCK NO. 1 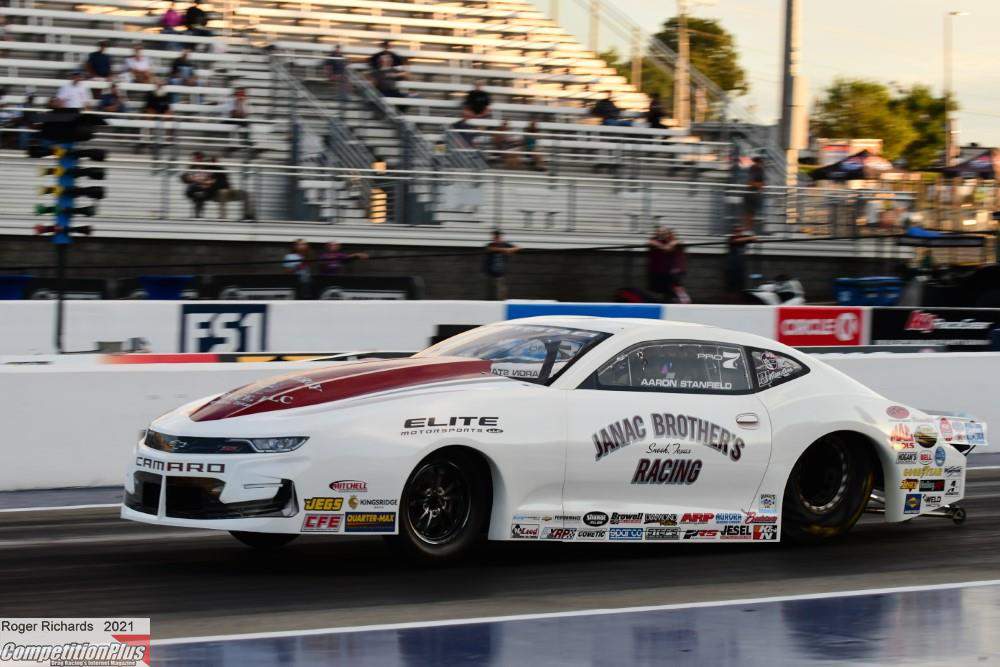 It’s hard to imagine a driver who has already achieved so much success in Pro Stock by winning four races in his relatively sho rt career may have finally gotten around to scoring his first career No. 1 qualifying effort. The action took place during first-day competition at the DeWalt Tools NHRA Carolinas Nationals.

“If it holds, this would be the first pole position,” Aaron Stanfield said with a smile. “I guess I haven’t been holding the throttle down hard enough. But I held it down good that time.” 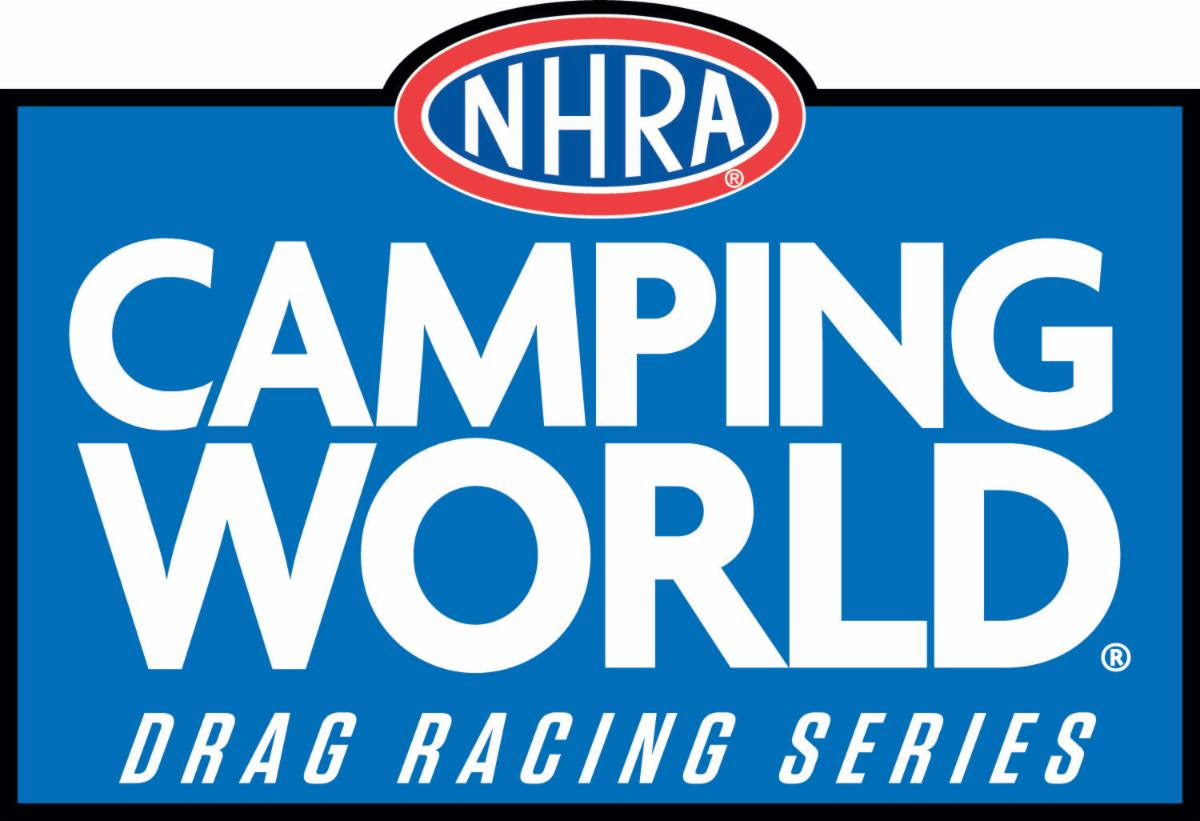 ​NHRA officials announced today the 2022 NHRA Camping World Drag Racing Series schedule to include 22 national events throughout the course of the season. Details on Top Fuel, Funny Car, Pro Stock, and Pro Stock Motorcycle schedules will be announced in the upcoming weeks.

NHRA looks forward to its 22-event schedule next season with the return of fan favorite events such as the NHRA Arizona Nationals in Phoenix, the Virginia NHRA Nationals in Richmond and the Flav-R-Pac NHRA Northwest Nationals in Seattle, which will serve as the traditional conclusion of the annual Western Swing. 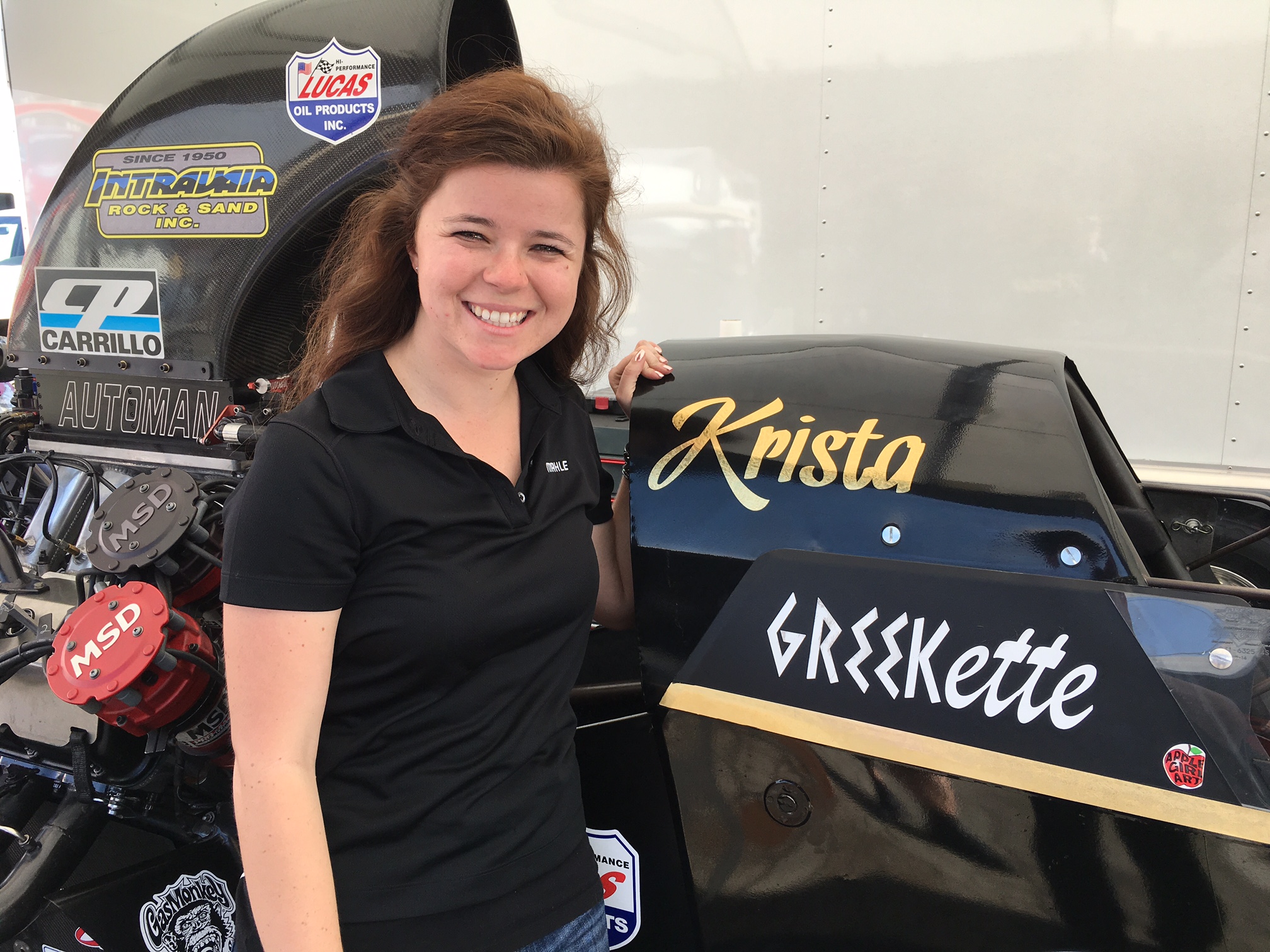 Krista Baldwin was destined to drag race. In this video, the third-generation Top Fuel racer showcases the enthusiasm which lifts the spirits of those around her, and inevitably the sport. Sit back and watch as she talks about her relationship with her grandfather, the legendary Chris "The Golden Greek" Karamesines, as well as he father, the late Bobby Baldwin.

Baldwin takes time to extol the virtues of drag racing, and why it needs to be on Corporate America's radar. She brings a refreshing spirit for a sport which can sometimes be tough on those who take part in it.