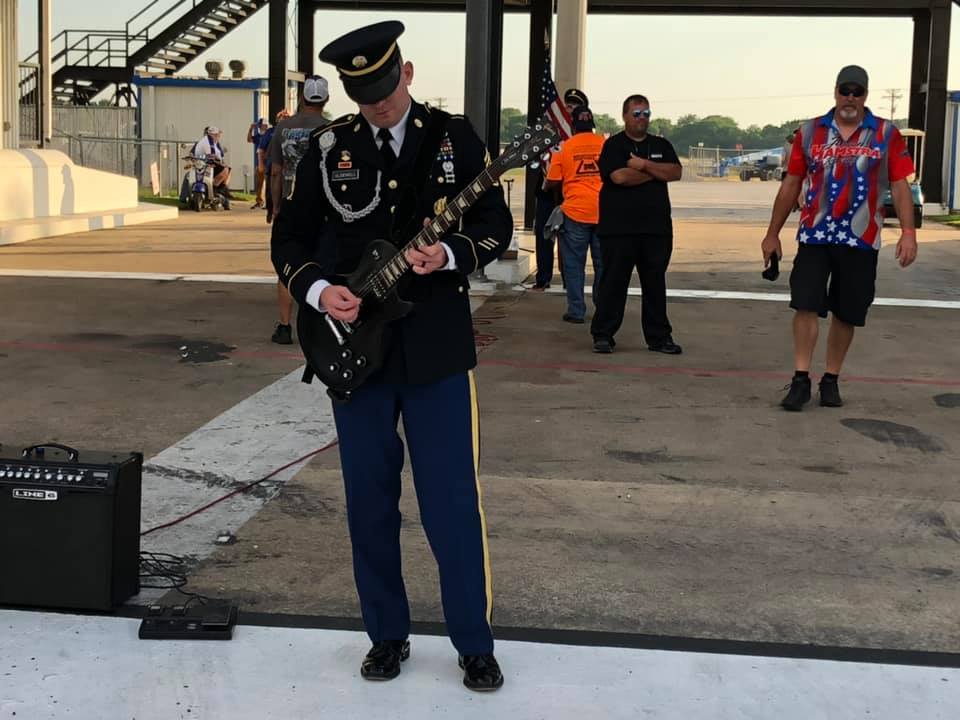 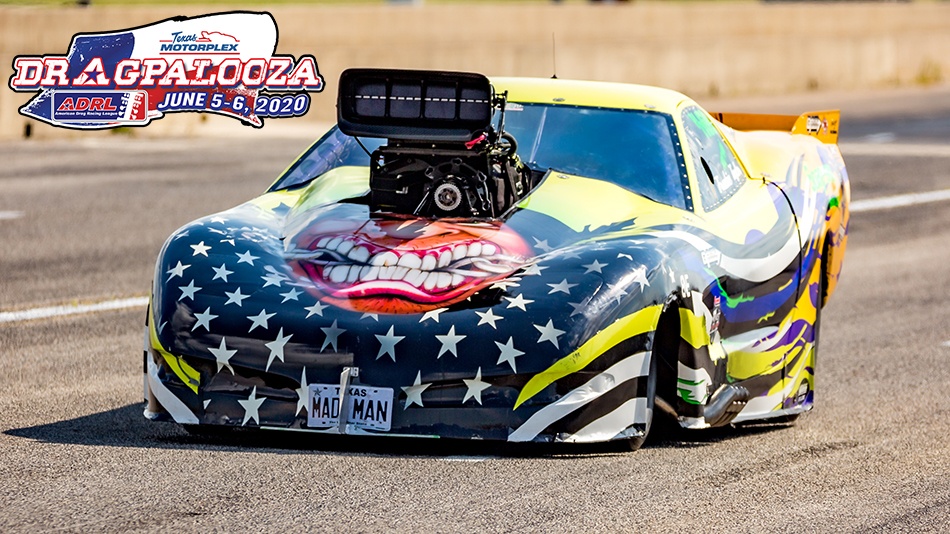 Frankie “The Madman” Taylor earned one of the strangest Pro Extreme victories in American Drag Racing League history at Texas Motorplex Saturday night. In the ADRL season opener, Taylor made four uncontested passes down the track to take the win at Dragpalooza. The race was the first sporting event in the state to entertain spectators since the COVID-19 quarantine was enacted in mid-March.

Taylor’s E1 opponent, Michael Neal, fouled out by .005 seconds. In the second round, Taylor was to race Jeffrey Cummins, but Cummins was unable due to being involved in a scary crash in the round before with Randy Merick. Round 3 was potentially the match of the weekend, with Taylor facing top qualifier Wesley Jones. Unfortunately, a parts failure prevented Jones from making it to the line. Finally, in the championship round, the Texan was to face Jason Hamstra, but Hamstra’s ’69 Camaro was on the wrong end of an event-ending issue during his semi-finals win over Adam Flamholc.

“I'd rather be lucky than good,” Taylor said in the Winner’s Circle, smiling. "We got lucky in the final, we couldn't have beat him anyway because we broker either the driveshaft or the rear end or both. We tore something up. We just had a real good weekend.

The event was paused more than 90 minutes during E1 when Merick’s ’79 Corvette took a hard-right turn at the finish line, going airborne, and hitting Cummins’ ’19 Mustang, causing severe damage to both machines. Fortunately, both racers walked away from the scary incident, thanks to the superbly-constructed racecars produced by master chassis builder Larry Jeffers.

“That’s the hardest part of what we do,” said ADRL President Mel Roth. “You hate to see that happen to anyone, but thankfully they are both OK and the only damage was to their racecars. Cars can be replaced; racers can’t.”

Jones earned top qualifier honors with a pass of 3.667 seconds at 211.36 mph Friday night in his stunning Batman-themed ’41 Willys. The run not only put him at the head of the field, but also put $1,000 in his pocket thanks to former ADRL national event winner and native Texan Thomas Meyers and Meyers Automotive. Jones also earned a bounty of $500 and two cases of cold beer Thursday night courtesy of Motorplex General Manager Andy Carter and ADRL CEO Kenny Nowling for being the first car to run in the 3.60s during testing.

After the event, as is tradition, fans mingled with drivers at the post-race party held near the starting line, many of them leaving the track not only with great memories, but with $100 bills and free ADRL merchandise to boot.

The next event on the ADRL schedule is the ADRL Gateway Drags July 10-11 at World Wide Technology Raceway outside of St. Louis. As always, ADRL tickets are FREE and can be found at a number of area businesses and can be printed at home by visiting ADRLDrags.com. 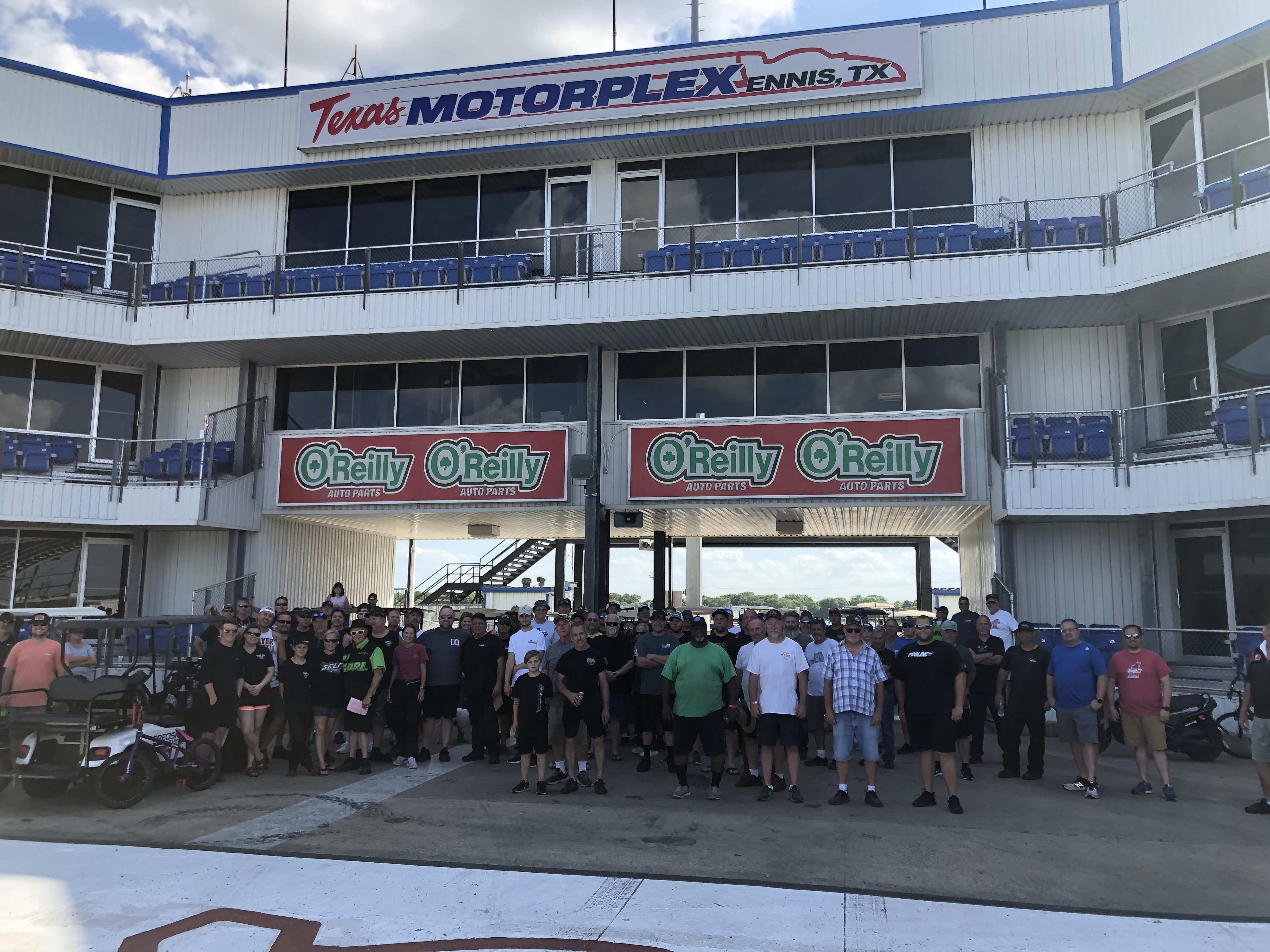 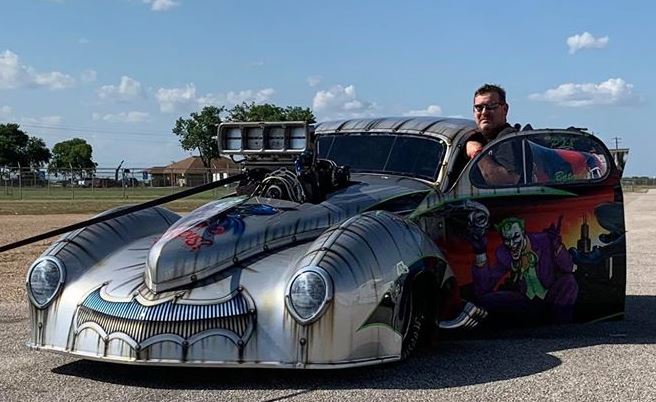 Wesley Jones took his Batman-themed ’41 Willys to the top of the Pro Extreme class under the lights at the Texas Motorplex here. Three rounds of qualifying for ADRL Dragpalooza, the Missouri-based series’ return to the Lone Star State, were run Friday with the final round set for Noon on Saturday. Finals are scheduled to start at 4:30 p.m. tomorrow.

Jones, of Vicksburg, Miss., has had a solid week thus far at the Texas Motorplex. Thursday night, he fired the first shot of Dragpalooza, claiming a bounty from ADRL CEO Kenny Nowling & Motorplex GM Andy Carter after being the first car of the weekend to run in the 3.60s during testing. The prize, $500 and two cases of cold beer, was handed over to Jones at the end of the night.

Aaron Wells, the reigning Street Car Super Nationals Pro Mod champion, has yet to make the top-16 and as a result, must battle his way into the three-second field during Saturday’s final Q round.

PREVIEW - GETTING BACK TO BUSINESS 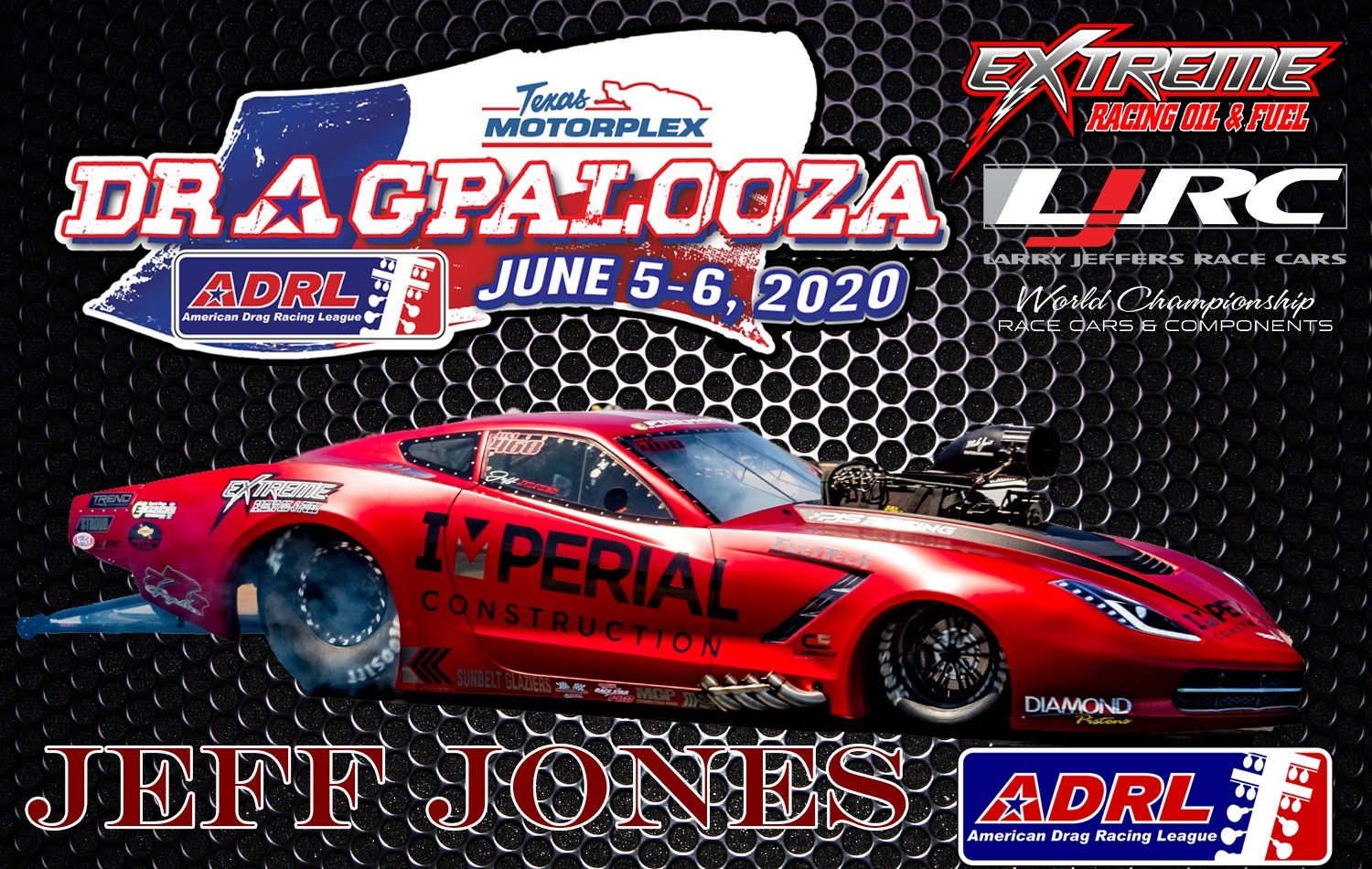 After a spring of quarantine and events held at empty facilities due to the COVID-19 pandemic, the American Drag Racing League (ADRL) is kicking the summer off in the Lone Star State with Dragpalooza at the Texas Motorplex June 5-6. With the efforts made by both the facility and ADRL to promote social distancing and spectator safety, the race is open to fans thanks to a recent executive order by Governor Greg Abbott.

“We’re very thankful to Governor Abbott and his decision to allow us to open this event to the people,” said ADRL President Mel Roth. “We as a nation have been through a lot in recent months and we hope the ADRL can provide a safe and fun release for those who have been quarantined during the pandemic.”

Texas Motorplex General Manager Andy Carter and his staff have been working closely with the governor’s office throughout the spring. They have provided invaluable information on how the venue could be opened to fans while promoting safety and a healthy environment for racers, crews, facility staff, and spectators.

“Governor Abbott’s leadership throughout this time has allowed us to be the first motorsports venue in Texas to allow fans to watch the sport we love and we are extremely appreciative of what he’s done for us and the state,” Carter said. “We’re taking every precaution to provide a healthy outlet for fans and racers who have been at home the last two months and we’re looking forward to a great race here.”

More than 30 Pro Extreme cars are expected on the property for ADRL’s first event of 2020, including Texans Frankie “Madman” Taylor, Brandon McKinney, Jeff Jones, Brandon Pesz, and former IHRA champion and NHRA nitro pilot Terry Haddock. Pro Extreme provides some of the quickest eighth-mile drag racing on the planet and has thrilled race fans all over the country. Other ADRL classes featured at Dragpalooza are Big-Tire No Time, Small-Tire No Time, 5.0 Index, 6.0 Index, Pro Jr. Dragster, and Top Jr. Dragster. Both days of racing will finish under the lights with jet cars and fireworks.