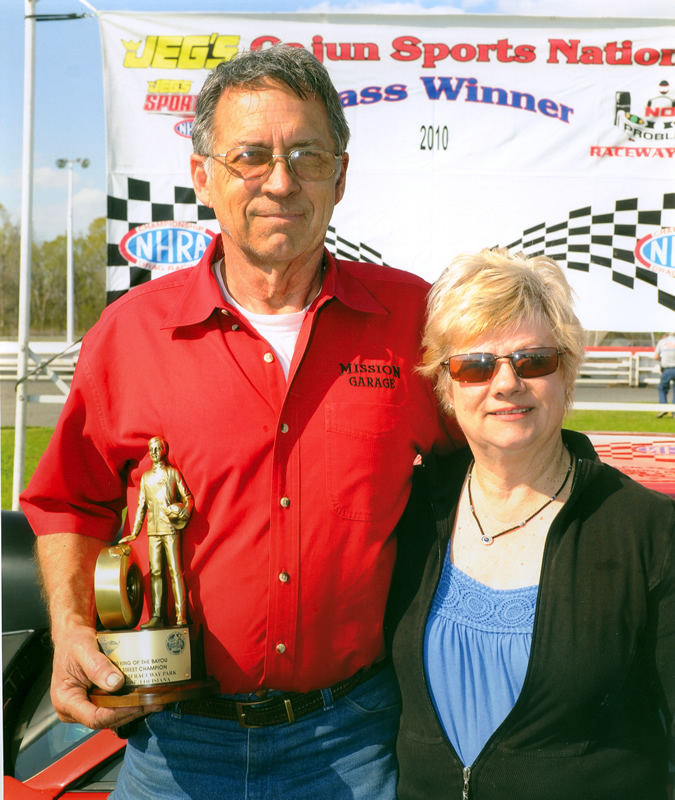 In 1963, John Clegg knew what he wanted to do: he wanted to take his 1953 Studebaker to the dragstrip and race. The only problem was, Clegg didn't have a driver's license. He was just 15 years old at the time, but through resourcefulness and determination, Clegg did race that Studebaker – and he's continued to accomplish many unreasonably awesome goals throughout his career in drag racing.

"The first time we went to Six Flags Dragway, we didn't have trailers or anything back then, but I convinced an older boy there to pull the racecar to the dragstrip on a chain," recalled Clegg, who was then living in Port Lavaca, some 30 miles away from the dragstrip. "Our theory was, if he had a driver's license, we wouldn't get in trouble if I was driving the car being towed without a license. We drug it all the way to Victoria on a chain, raced it, broke it, and towed it back on that chain."

About 10 years later, in an attempt to keep the dragstrip were he cut his teeth operational, Clegg purchased it.

"It was on an abandoned military airfield, already a dragstrip before I came along," he said. "When it came available in the mid-1970s, I purchased it and operated it for about six years. I just wanted it to continue on, but after I owned it for several years, I realized what a burden it is to own one of them. It was time for me to move on, also." 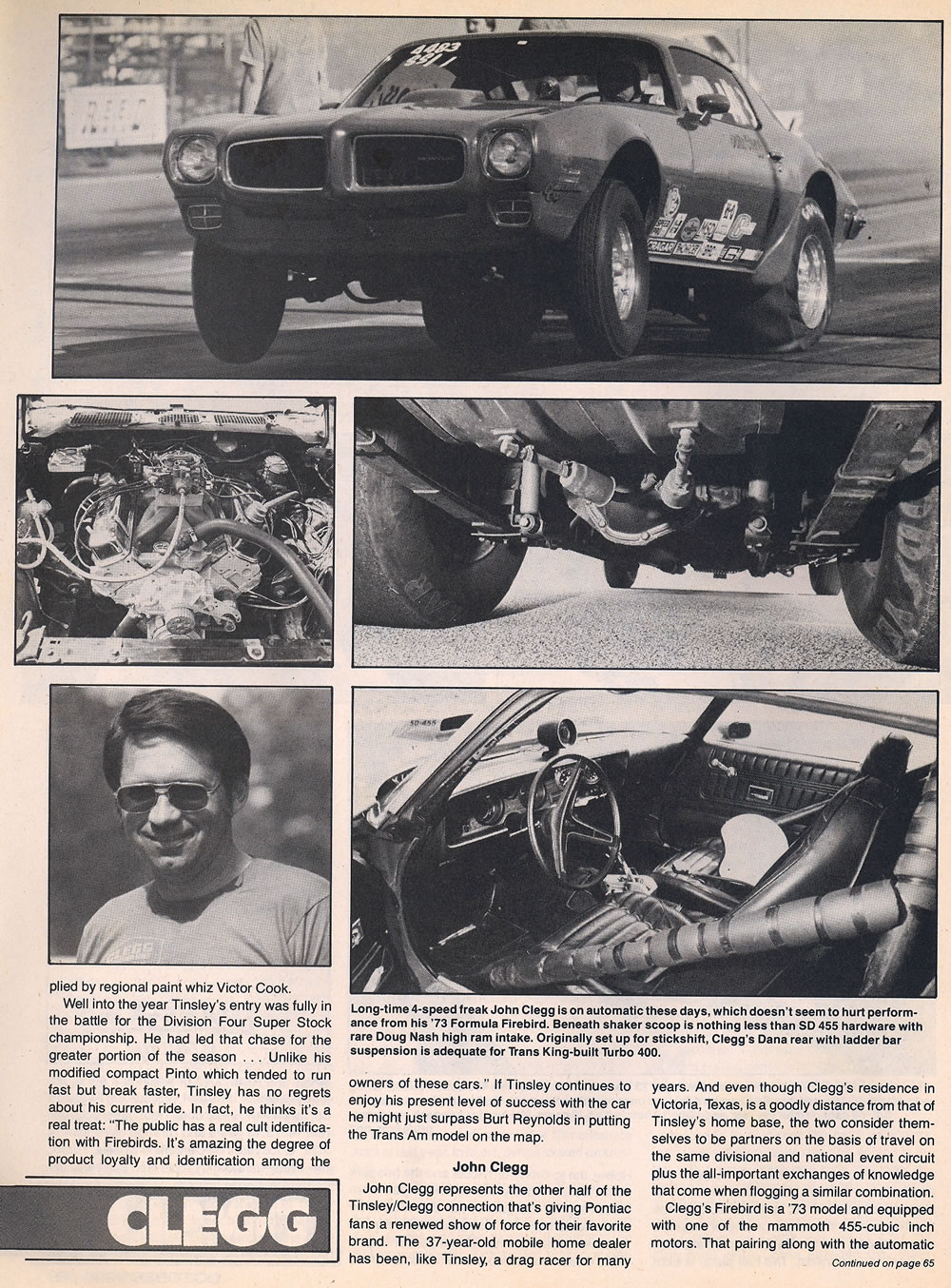 Over the years, Clegg and wife Judy have added a number of unique race vehicles to their collection, and one of the most notable is a 1973 Pontiac Super-Duty Formula Firebird. Clegg had his eye on it before production even began.

"I had read in the magazines in 1972 that they were going to build that car, and I was just determined to get one," said Clegg. "I put in an order the minute they would take it at the Pontiac dealer. It was very hard to get – the dealer had to make a lot of phone calls in order to actually get it – but we received it in June of 1973, did a little bit of minor stuff to it, and immediately took it to the U.S. Nationals. It was only two months old, but we raced it and won class in D/S."

Clegg plans to return to the U.S. Nationals in 2023 with the car as it will be the 50th anniversary of that first win. His son, JB Clegg, now drives it, and the elder Clegg remains pleased and proud of the car's capabilities.

"It's the fastest Pontiac ever built that runs traditional Super Stock in drag racing. Still, nothing has ever been as fast as that car [in the regular SS class]," said Clegg, who stated that the four-speed Super Duty Formula has dipped into the mid 9-second range. "But I'm in Competition Eliminator now with a CC/A 1988 Pontiac Firebird, and that's the best thing I've ever had. It runs high 6's at over 200 mph, and it's quite a ride.

"It was quite a challenge to build it, and it's a very difficult class, but we've managed to get it running and keep it running, and we've been the record-holder with that car for four years straight. It's probably the most fun I've ever had in a drag car. I like Competition Eliminator – that's definitely where the big boys race." 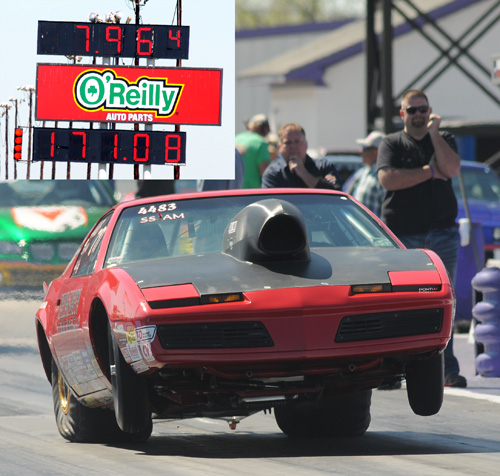 Clegg, who holds the current CC/A record with a 6.97-second pass set at 204.26 mph this past March, clearly has a thing for speed. Race machines housed at his "Mission Garage" race shop have been run hard and fast at Bonneville Salt Flats and The Texas Mile bi-annual event in Beeville, Texas, which features a fast and challenging 1-mile track with a 1/2-mile shut down.

"I just enjoy all of it," he said. "We've done our deal at Bonneville three times, and I've been 200 mph on the salt. That's different, but I enjoy it all. It's really a family thing."

In addition to son JB racing, Clegg's grandson, Devon Dioguardi, has joined the family operation in an H/SA 1974 Trans Am. He'll be moving into Super Stock in the future.

Much has changed between the time that his grandson joined the family race team and Clegg made his first passes down the dragstrip. In the early days, speed parts were limited, and junkyard parts and engines were the norm. Today's computers and data records were unimaginable, but Clegg embraced the changes and weathered the learning curve.

National records have peppered his career, but Clegg sees his 1994 Super Stock win at the NHRA Mid-South Nationals in Memphis as his greatest achievement.

"Some people have multiple wins, and some don't have any," he said. "At least I was able to get one, and I'm not done yet. Hopefully, I'll get some more yet before I quit."