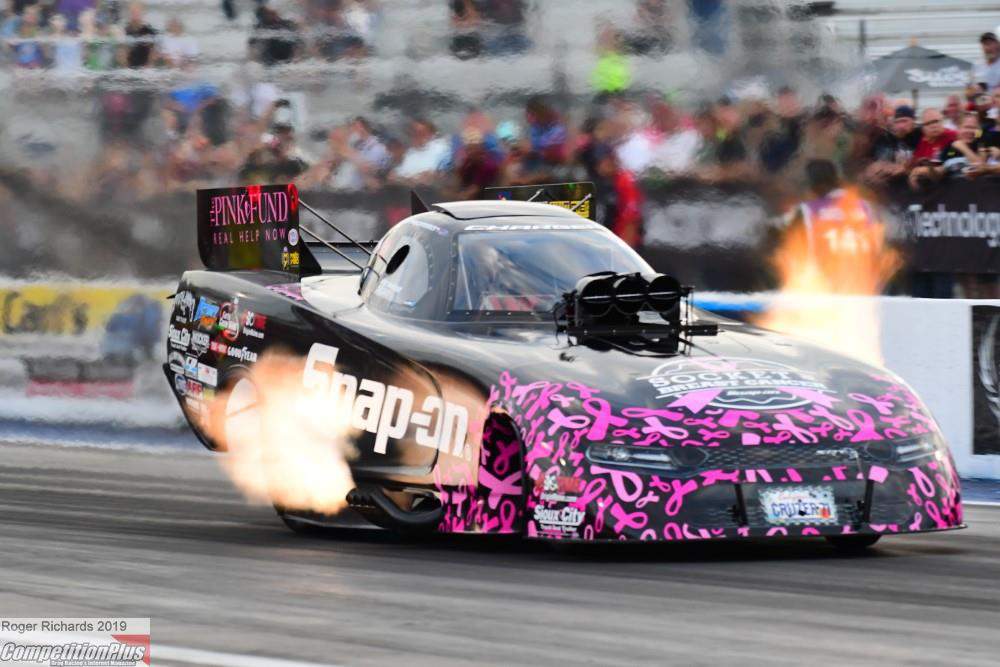 "My sister Dora was diagnosed with breast cancer two years ago, and Molly MacDonald, The Pink Fund founder, was a great resource to her," Pedregon said. "Thankfully, Dora owns her own business, has great insurance, and her husband and family to support her, so she didn't need the financial assistance many do from The Pink Fund, but Molly was an invaluable source for information Dora couldn't find anywhere else. It's an honor to host Molly here at the track and have The Pink Fund logo on the car as a 'thank you' for being so helpful to my sister and to hundreds of other families each year."

Until now Pedregon had kept quiet about the fact that his sister, Dora Williams, had a lumpectomy two years ago followed by radiation and will be on medication for several years. She says the diagnosis was hard for Cruz and her brothers to face, but they checked on her regularly and sent flowers during her surgery and radiation treatments.

"Everything moved quickly after the cancer was found on a mammogram," Williams said. "I really didn't have time to process it all, I just kept going. Molly took the time to talk with me about breast cancer, especially after the medication kicked in and it just got the best of me.”

The Snap-on Dodge® paint scheme features The Pink Fund logo atop a background filled with a multitude of individual pink ribbons to honor the many people affected by breast cancer. The ribbons are designed to resemble flames found in classic hot rod designs to ensure the team has a car that looks as fast as it runs on the track.

Snap-on will once again dedicate a portion of pink-themed promotional tools sales to The Pink Fund, bringing its total donation over the past five years to more than $400,000.