NHRA MUSEUM MAKES RIGHT ON LEGENDS PLAQUES IN THE GROVE 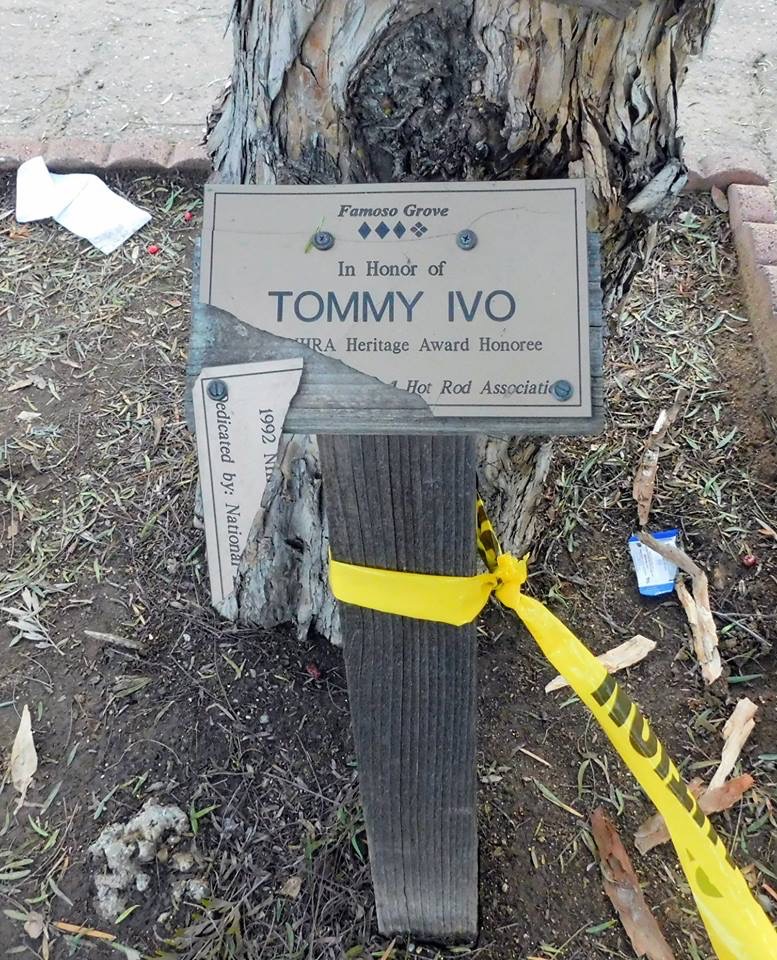 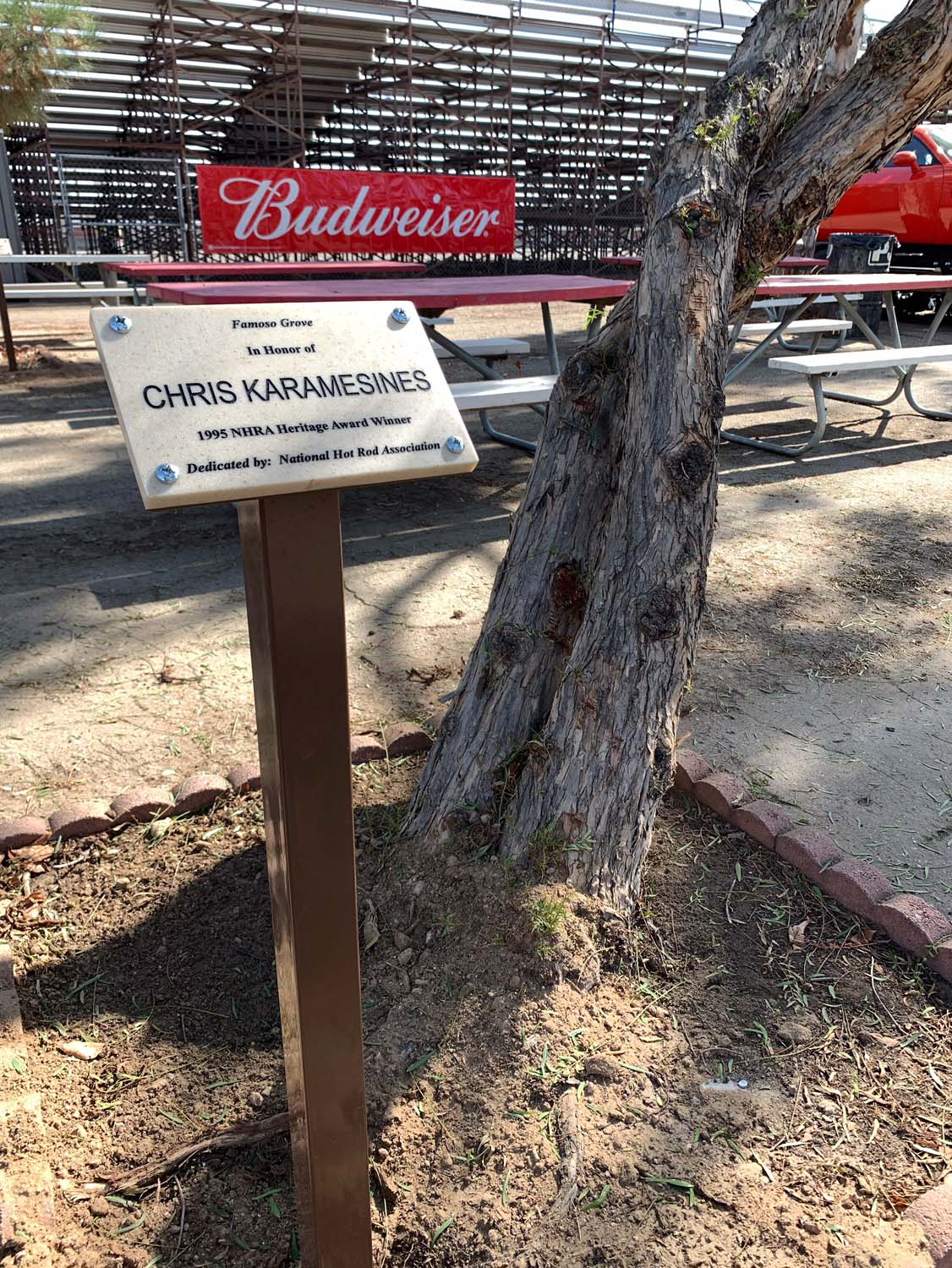 The signs honoring drag racing's legends in The Grove at the Automobile Club Famoso Raceway at Bakersfield had fallen into a severe state of disrepair, so much so, there had been social media posts bringing attention to the matter.

It didn't take long to get the curators of drag racing history's attention.

By the time the next major nostalgia event rolled into town, the issue had not only been fixed but done so in a manner where it shouldn't happen again.

One should credit NHRA Museum Director Larry Fisher and Dave Leighton for righting the wrong.

"There had been some negative social media stuff about the condition of the Grove, and throughout the year, Larry Fisher and I had been discussing ways to improve it," Leighton explained. "We did an inventory of it to see what kind of condition the post and the plaques were in. But after a lot of discussions, it was determined the best way to improve the Grove was to go with all brand new plaques and posts."

Because Leighton is involved in the trophy industry, he suggested a weather-resistant material [AcrylaStone] mounted on powder-coated metal poles manufactured in Bakersfield. The plaques were produced by Modern Trophy in Ridgecrest, Ca.

"The museum personnel thought it was best to do it right this time," Leighton said.

The job was a labor of love for Leighton, who revealed a personal connection to the 208 honorary mementos in the Grove. His mother, Roberta Layton, a 1952 Nationals Super Stock class champion who helped NHRA put on events throughout her entire life, was one of those 208 honorees.

"For most of the month of September and part of October, I was running a 12, 14 hours a day shift at the shop to get everything done," Leighton said.

"It looked like a big task, but not what I would call overwhelming. And the hardest part was installing the new ones. Getting the old ones out was plenty easy. But drilling the holes through back into the ground, and getting them put in was."

Leighton believes this was and will be a one-time issue. Being involved with the project instills not only a firm sense of pride but also one of appreciation for years to come.

" It's something that I think that on the outside looking in, you don't realize until you've been involved with an effort like this, and you realize how many people do go to that race track, and they go to their loved one's trees, and they spend a time of reminiscing," Leighgted admitted. "And it's important to those people to have those there. I did not realize it was that important until I went through this effort."