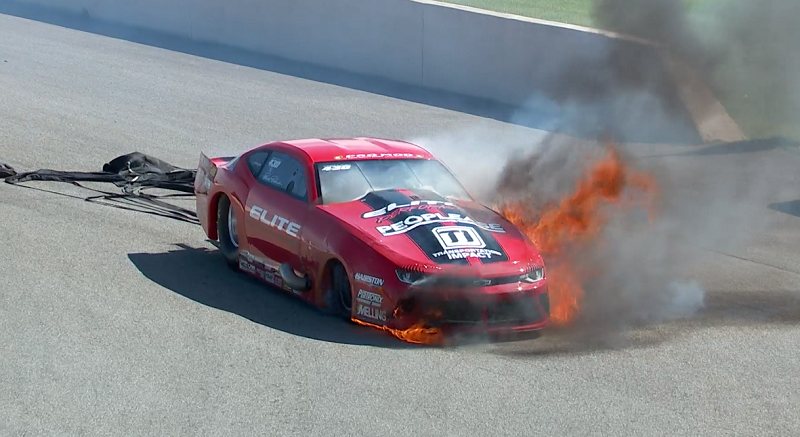 With the NHRA's Pro Modified cars getting quicker and faster with each season, the sanctioning body has implemented a score of enhanced safety requirements for its participants in 2020.

Starting at the NHRA Gatornationals, all Pro Modified entries must now include a fresh air system similar to those run by the fuel classes, as well as the front ends on all cars must have a fireproof coating. Additionally, open transmissions will no longer be allowed and must be covered with a tunnel made of carbon fiber, aluminum, or steel.

Additionally, every car must have a universally located electrical ON/OFF switch, as well as a mount inside of the vehicle, above the driver's head. The fuel shutoff must now be mechanical.

Likewise, a panel of .032-inch aluminum, .024-inch steel, or carbon fiber must be installed on the inside portion of the roll cage anywhere the driver's legs can come into contact with the cage (chassis tubing). Panels must be installed in the front and lower portion of the driver's-side X brace. Panels must attach to the interior side of the tubing,

Window nets can no longer be the standard seat belt-style latchable release, and instead must be spring-loaded. If a Funny Car style helmet shroud is used, all bolts retaining panels to the roll cage need to be a 1/2- inch hex-style head that is easily accessible with the door open. Any portions of the paneling that are not accessible with the door open must be of tongue and groove or similar style retention in order to allow removal once accessible front hex head bolts are removed.

All cars must be equipped with a minimum seven-point driver restraint system meeting SFI Spec 16.1 or 16.5 mandatory. Restraint system must be updated at two-year intervals from date of manufacture.

CompetitionPlus.com has learned further rules could be handed down regarding the way seats are mounted. Current cars are said to be grandfathered, but all cars built after January 1 must adhere. 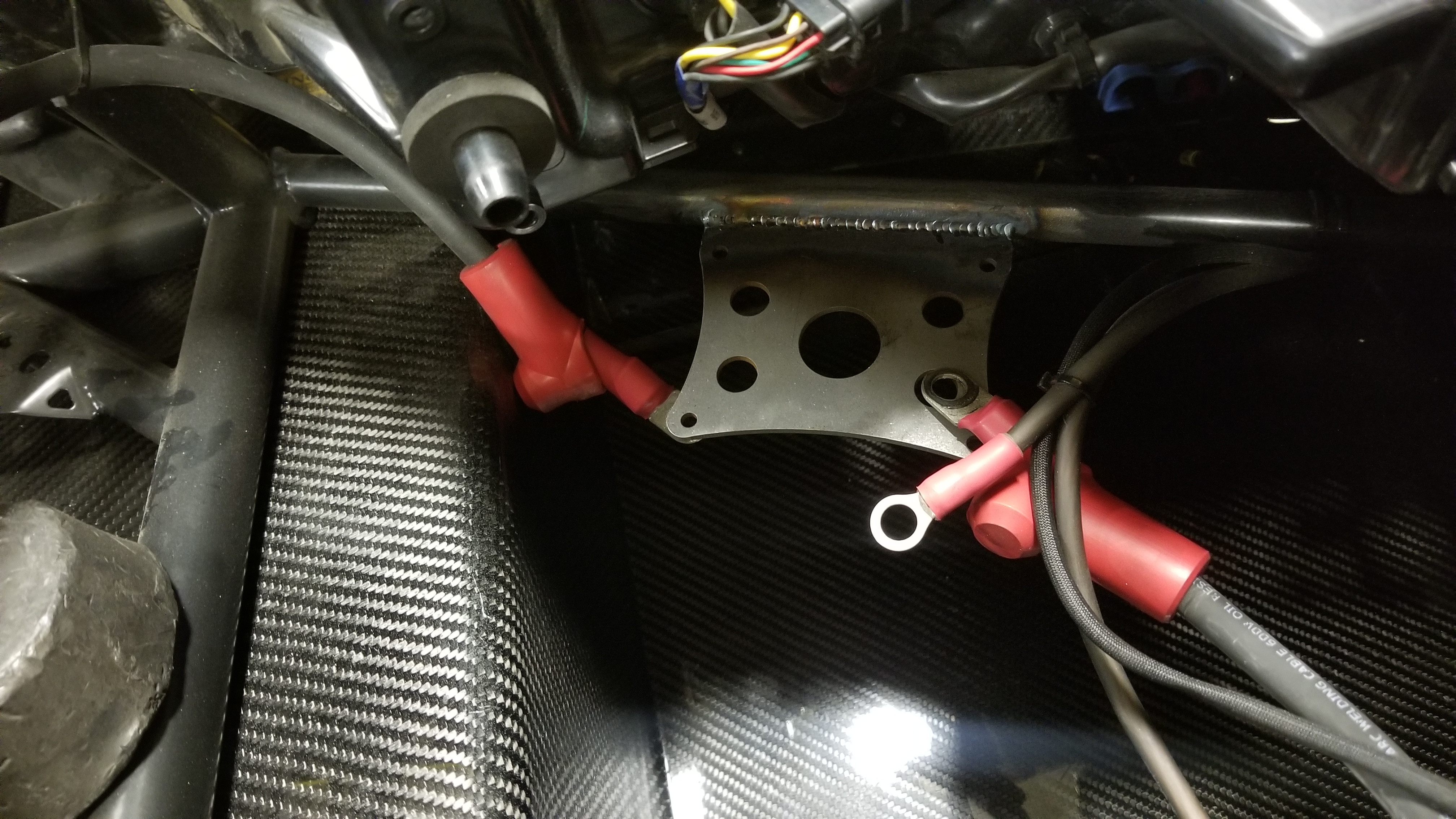 In total, these rules adjustments can cost racers as much as $10,000 to bring their cars into compliance.

Chassis builder Jerry Bickel, who has built the majority of the Pro Modified cars in NHRA competition, says he's all for safety but has concerns.

"I'm all for safety, and I'm not about to criticize the NHRA for making rules to ensure the drivers are safe ... they do a great job of that," Bickel explained. "My only concern is these new requirements, which are a lot at one time, might scare away some of those new teams looking to get into the NHRA's program. I've had several customers who were planning to come over to the NHRA's program decide against it."

Chassis builder Rick Jones agrees with Bickel in that he's not about to criticize NHRA for being proactive when it comes to safety. The only concern he has is there's a lot of changes to be made at once, and a tight time frame to get them done. Additionally, Jones said Elite begins testing with their Pro Stock cars during the second week of January.

"It is pretty hard," Jones said. "So my shop we have 20 cars that we're digging in and out every day, to try to get all the stuff done so that people can go test and get ready for Gainesville for the Pro Mods," Jones explained. "It's difficult to get all this stuff done and get all the new parts made and to get this stuff done. We took off Christmas Eve and Day, but were back at it on the 26th."

CompetitionPlus.com was told by several sources these new safety requirements were in response to three incidents in 2019. However, team owner Richard Freeman unequivocably said the changes were in response solely to Erica Enders' horrific Norwalk incident.

"We're all about safety," Freeman said. "I mean with the window net deal Erica couldn't get out of the car. And when you think about old push button locks, when you got big 20 gloves on, you can't see for the smoke, nothing. It's got to be something very easy. Transmission. Even though it says it's a scatter-proof, it is not. When you got 3,500 horsepower pumping through a transmission, the thing will blow up. It needs to be covered. And the same thing goes with all the shielding around you.

Enders hasn't raced Pro Modified since, but only because Freeman wants her to focus on Pro Stock.

Bickel and Jones say they have the cars lined up, and will have their clients ready for the 2020 season.

One of the more heart-wrenching episodes of Legends; The Series you'll watch. We present, The Legend of Darrell Russell. #LEGENDStheSERIES - https://t.co/2nX3V8GEye pic.twitter.com/qgQAdMkRbq