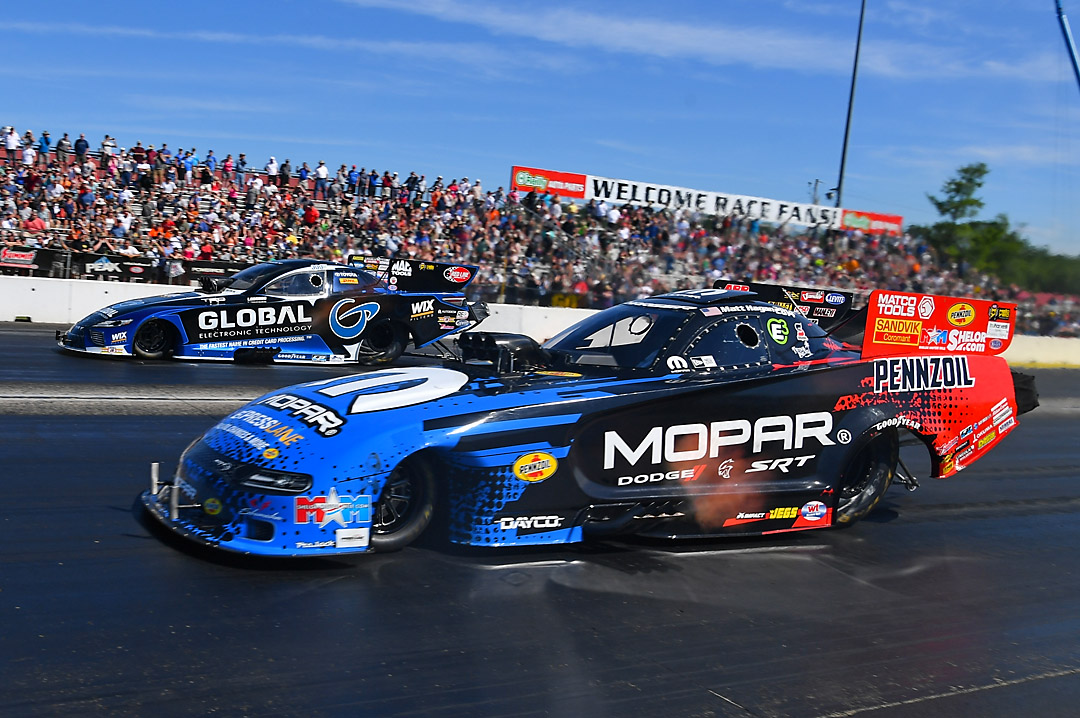 Things had not been going well for Matt Hagan in the Mopar Dodge Charger SRT Hellcat.

The two-time world champion out of the Don Schumacher Racing stable lost in the first round at three straight races – Topeka, Kan., Bristol, Tenn., and Norwalk, Ohio, and five of the past six NHRA Mello Yello Series events. 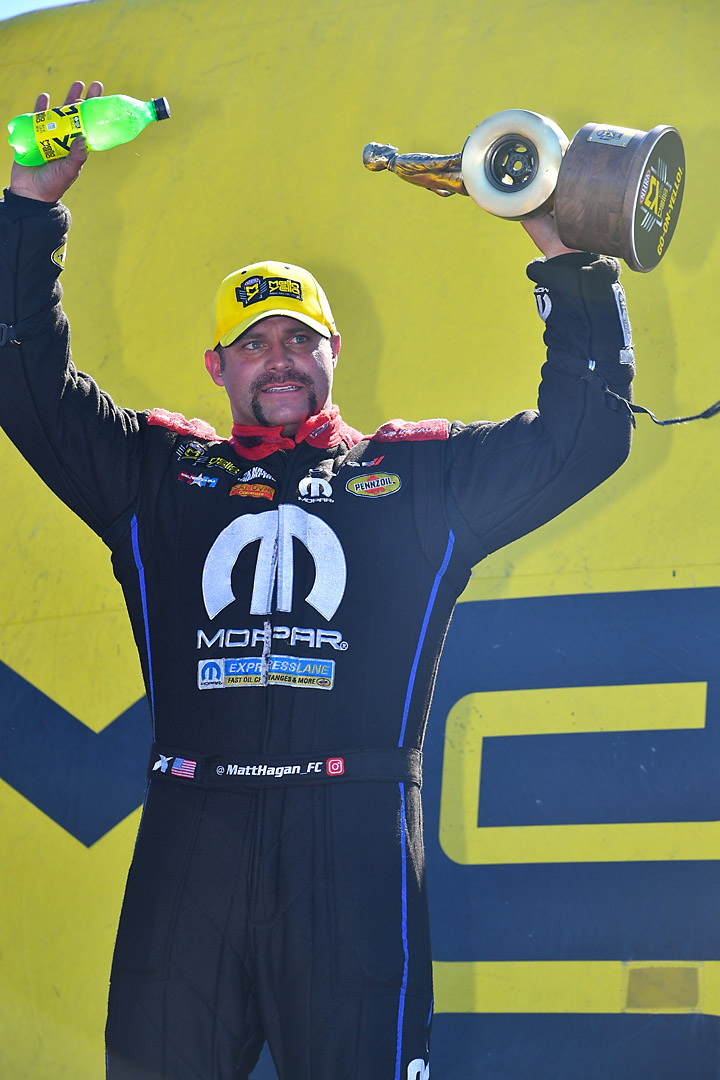 Hagan’s fortunes changed in a big way this weekend at the New England Nationals in Epping, N.H.

“I don’t know (how we did it), but I want to keep coming back to this race track, this place has shown me love,” said Hagan, who was sporting a new-look Fu Manchu moustache this weekend. “This comes down to my crew chief (Dickie Venables) and the confidence he has - it grows confidence in me and my guys. Our fans sitting through this heat and watching what we do is pretty awesome. We’re going to drink a little beer and a lot of Mello Yello with it. It feels good to win again.”

When asked if his moustache would stay, Hagan had the following response:

“I don’t think my wife will kiss me with it,” he said with a laugh.

This was Hagan’s 31st career NHRA national event win and second this season, with the other one coming in Phoenix, Ariz.

Hagan had quite the impressive victory binge Sunday, defeating world champions Jack Beckham and Ron Capps and Bob Tasca III, who won the last two events in a row, and then Langdon.

“About three little things,” said Dickie Venables, Hagan’s crew chief, when asked what the key to the turnaround was. “That’s the way these things are. A lot of people don’t realize that, but it wasn’t a mile off it was just like two or three little things. When it goes down the race track you learn about it. Matt did a great job all weekend and I’m proud of my guys. We’re back in the winner’s circle and I couldn’t be happier.” 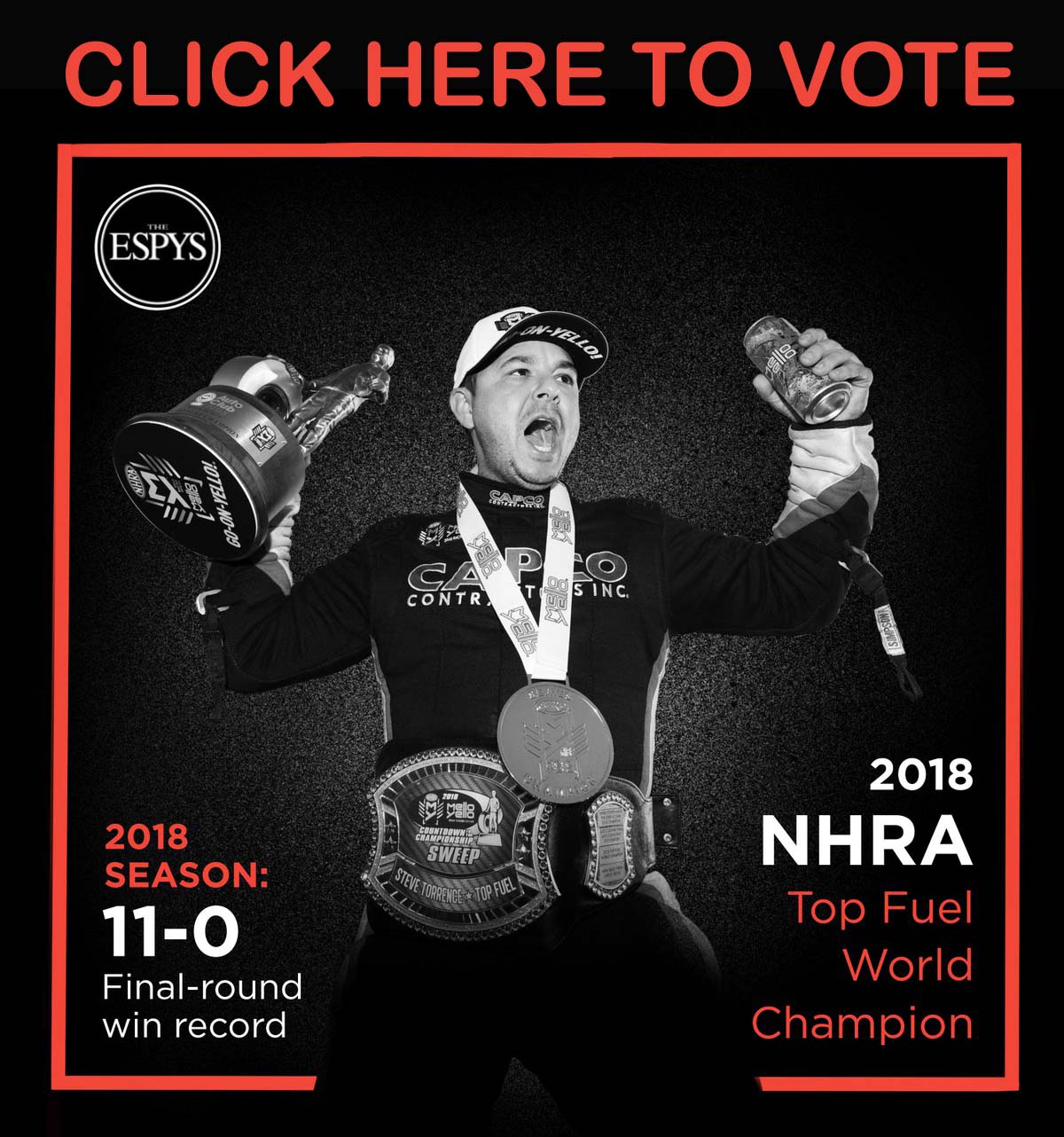 Hagan qualified No. 6 with a 4.051-second elapsed time at 318.47 mph and then mowed through the competition.

“We went down the track in qualifying and that created a lot of confidence in our team,” said Hagan. “Rolling into race day, I knew we had a great car and I was confident in it.

“We kept lane choice every pass and that was big. I’m really excited we were able to get another win and we needed this to be our turning point this season. We needed to gather up some momentum and I feel like we’re making the right steps to move forward coming out of this race.”

Hagan improved his elimination round record to 16-11 this season. He has 351 round wins in his NHRA nitro Funny Car career, which began in 2008.

Hagan left Epping tied for seventh place in the points standings with Tasca.

“I’m really excited that we were able to pull down another win for MOPAR,” Hagan said. “We needed this race to be a turning point for our season, and now we have the Western Swing coming up and then Indy and the Countdown, and you want to have that momentum. With this new combination we have in our bellhousing, I feel like we’re making the right steps to move forward.”