GIBBS KEEPS ON KEEPING ON, AND SO DOES THE NITRO REVIVAL 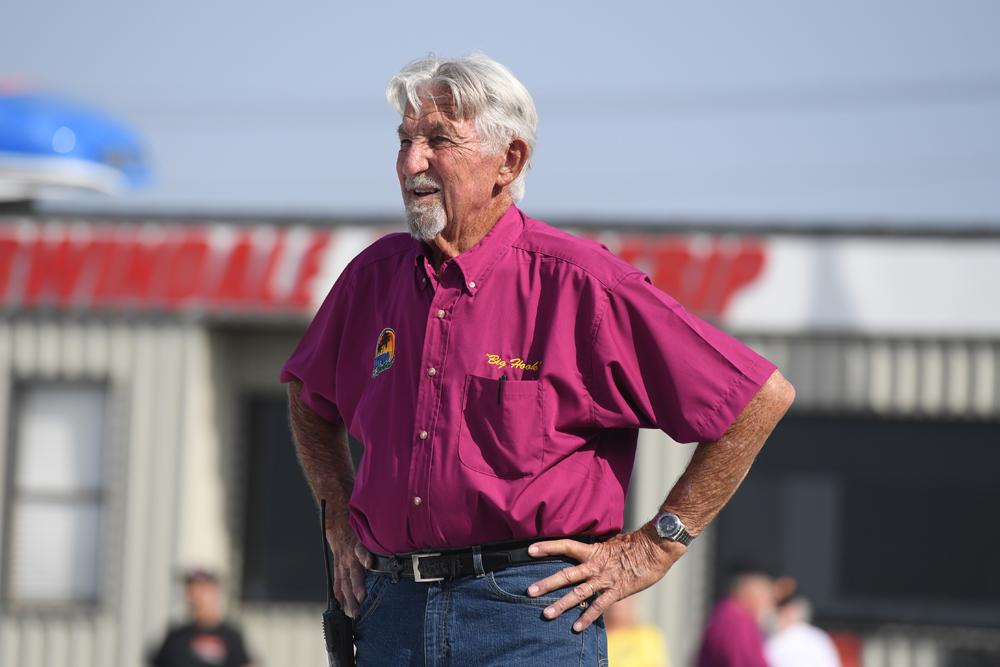 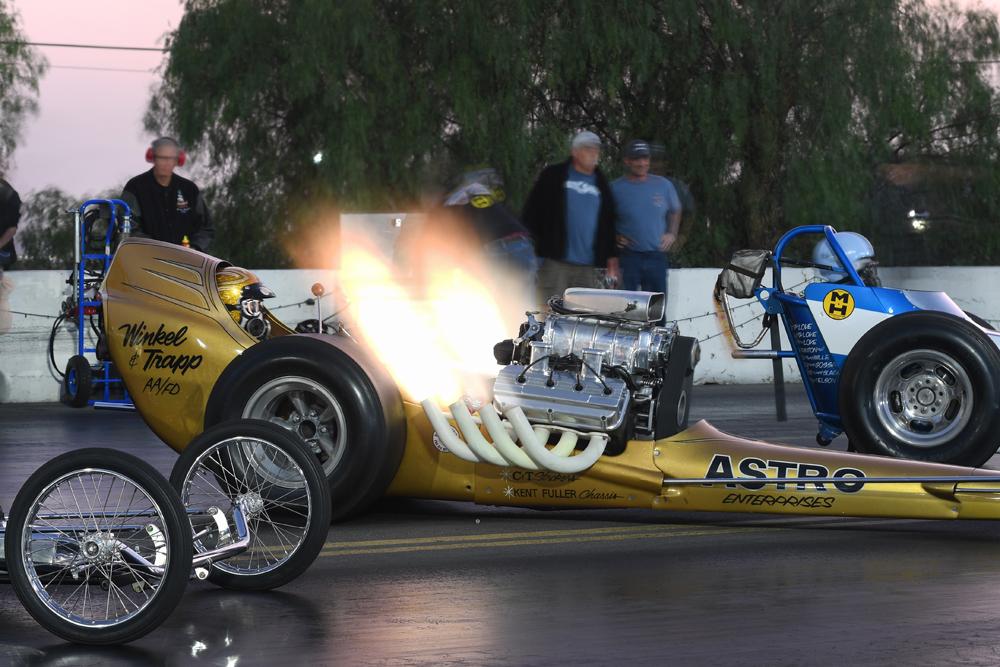 For 48 years, former NHRA Competition Director Steve Gibbs labored tirelessly to ensure drag racers had the best platform to perform and build their legends. The remaining years of his life, he's dedicated to ensuring their efforts aren't forgotten.

The fifth annual Nitro Revival, a social gathering of nostalgic hot rods and the stars who piloted them, came off without a hitch at Irwindale Raceway.

Gibbs created the Nitro Revival as an outlet for those, including himself, who had been forced out of their involvement at the California Hot Rod Reunion.

The event has survived three venue changes and a pandemic, and just like its organizer Gibbs, 81 years old, doesn't appear to show signs of slowing down. 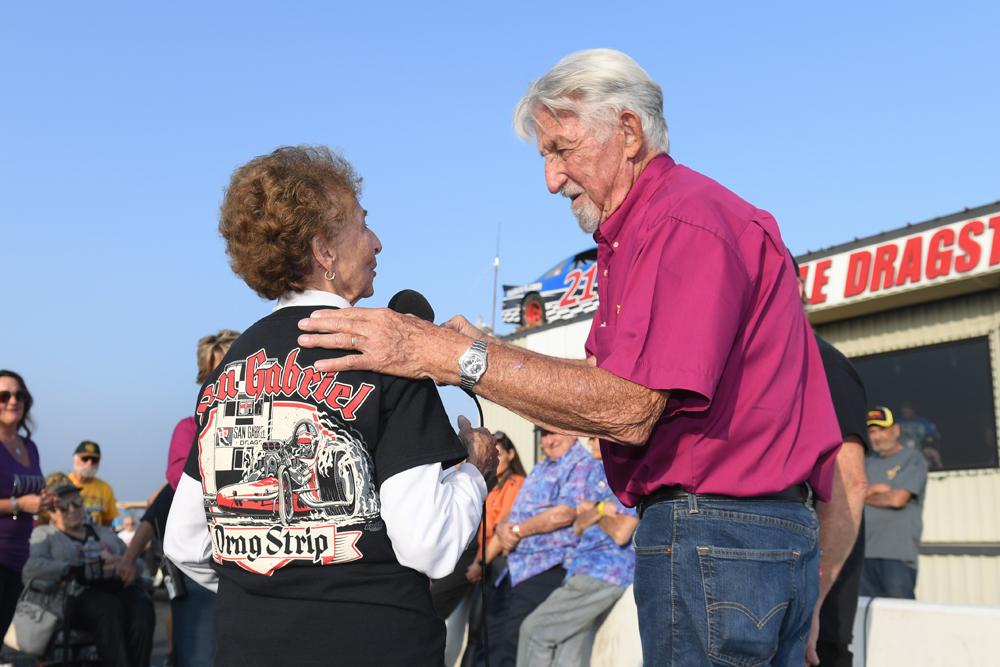 By all accounts, Gibbs' latest show was a rousing success.

"I can only go by what other people have said and they all thought it was pretty damn good," Gibbs said. "They had nothing but great comments from the weekend. I'm not quite sure how to describe it. It was a social event, more than a race. It's obviously a car show combination, and some racing. It's a people event, bottom line, we had a lot of people there. I didn't really get to count everybody."

What Gibbs did have a chance to count was the Hall of Famers in attendance; a who's who that included Don "The Snake" Prudhomme, Ed "The Ace" McCulloch, Richard Tharp, and Ed Iskenderian, to name a few.

"When Don Prudhomme sends you a text with four thumbs up, you know you've done pretty good," Gibbs admitted. 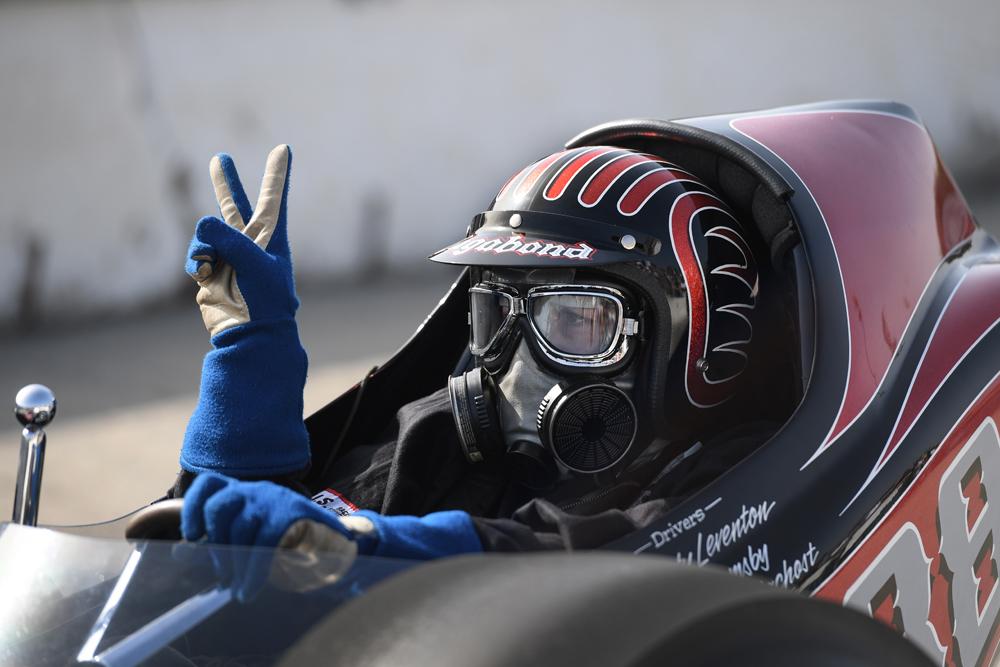 There were nearly 70 cackle cars on the grounds of Irwindale; ironically, a rebuilt version a quarter-mile from the old San Gabriel strip where Gibbs got his first job.

The Saturday night Cackle was indeed a sight to see.

"We had that mass fire up on Saturday night and I think it was just short of 50, actually, out on the racetrack," Gibbs said. "It took an eighth of a mile to fit them all in, and they were parked very tight for the static start into the end of the program on Saturday."

Attendees had a little bit of everything to gawk over, including a show and shine for street rods coordinated by the Road Kings Car Club. There were a few short passes by nostalgia Funny Cars and Fuel Altereds. 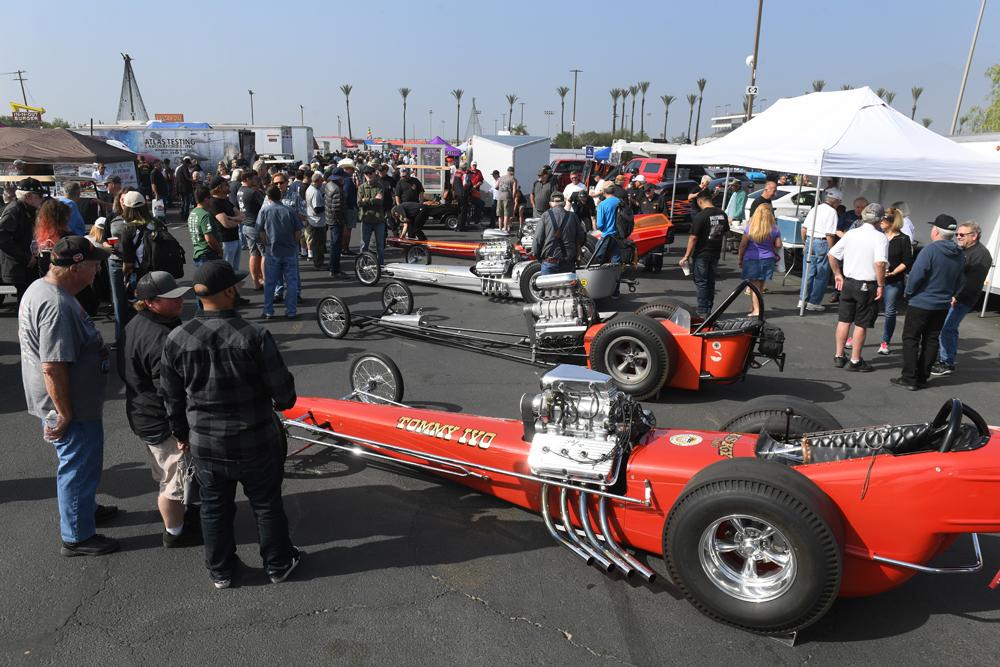 The interesting thing about the dynamic between Gibbs and those who follow him like he's the Pied Piper is there was a day when they all used to fight like cats and dogs over the rules.

"I had the advantage of being the same age as a lot of those guys. I kind of grew up with them." Gibbs said. "It'd be easier for me to deal with Prudhomme, or McCulloch, or whoever. I guess that's where age was, maybe still is, an advantage. I honestly feel that the 48 years I put in over at NHRA, I treated those guys right. 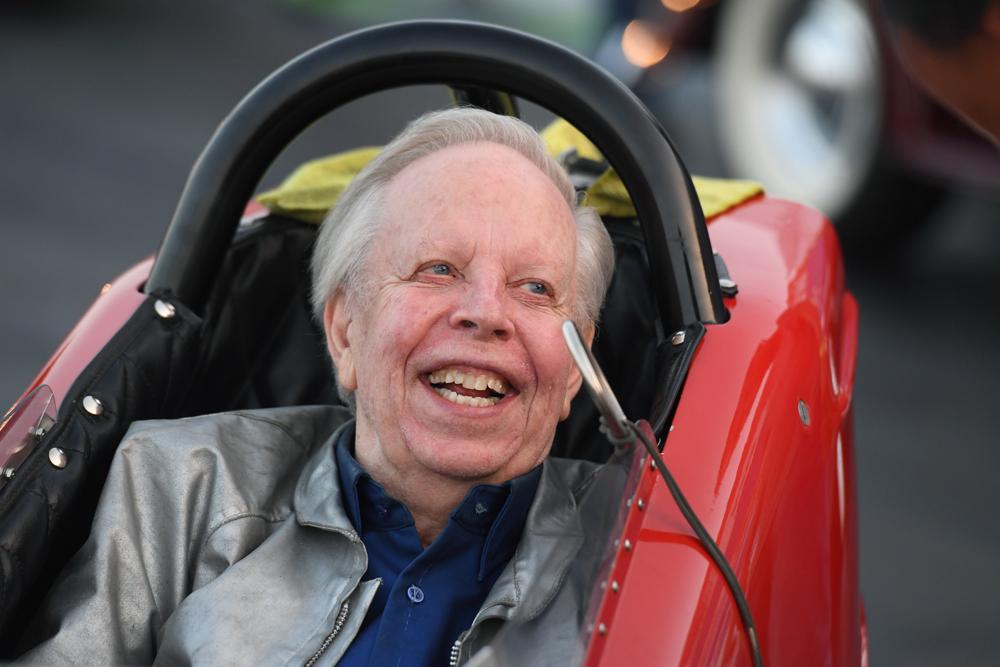 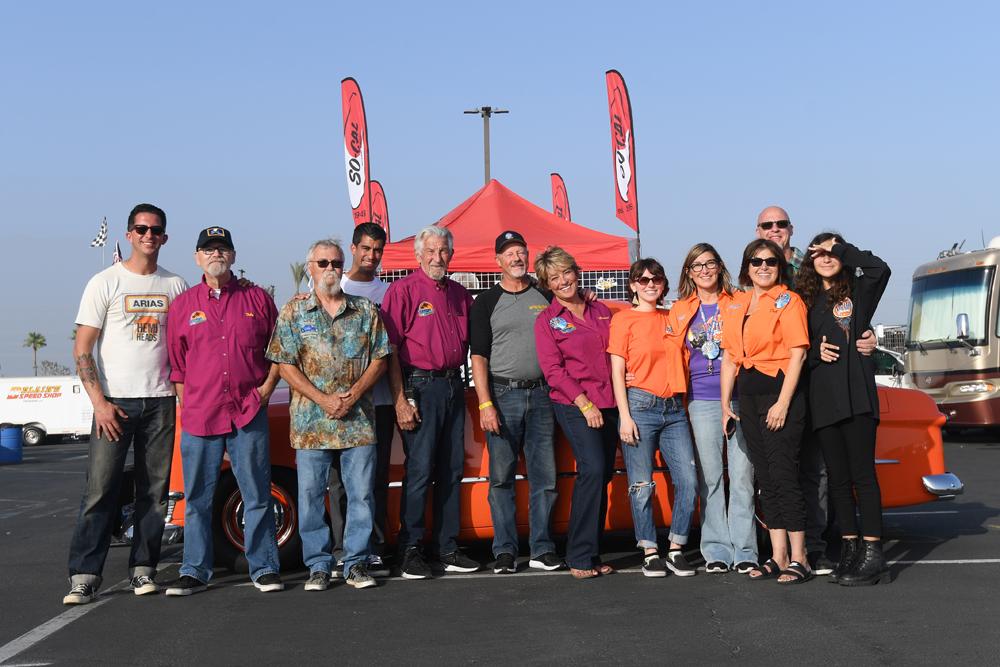 Gibbs believes the success has grown mainly out of the divide during the 2016 CHRR when NHRA alienated many participants. He had served as a consultant for the Heritage Series but failed to renew his contract before 2017.

"The success is a reaction to things that happened with the Hot Rod Reunion and my involvement," Gibbs said. "I think some folks have made a decision where they're going to cast their luck. I really haven't pushed that. I encourage guys to go to Bakersfield, to go to the NHRA events. I'm certainly not trying to wage war with them, but on the other hand, I think that they made some decisions back in 2016 that have hurt the cause. The way they were presenting it. I took a hike and headed down a different road and it seems to be working out pretty well."

One reality Gibbs has forced himself to face is that it could be the last time he sees his friends and participants with each passing Nitro Revival. 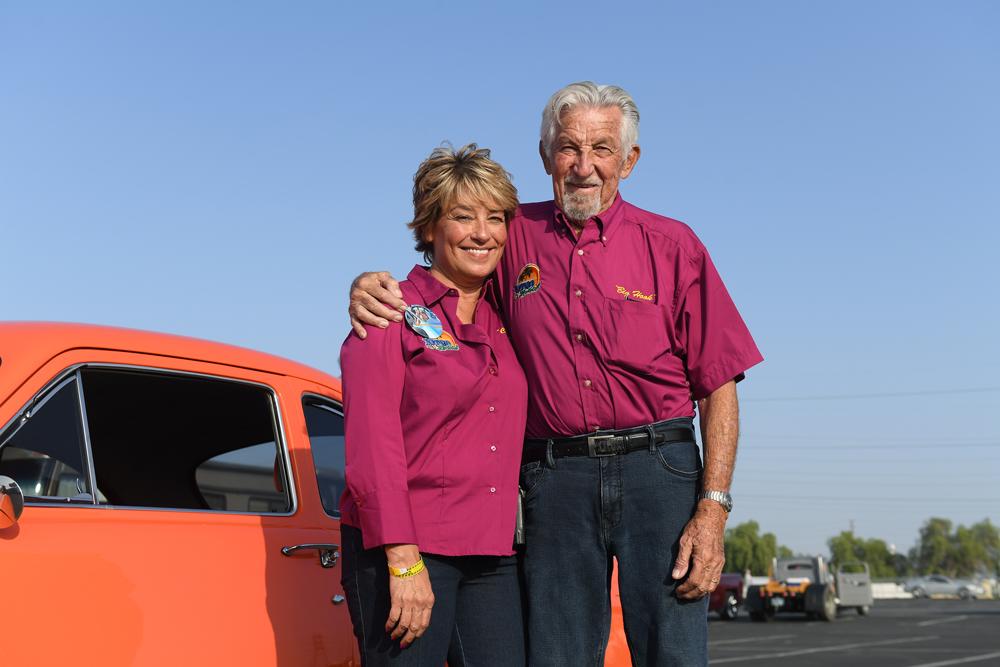 "That is the toughest part," Gibbs admitted. "We talk about it all the time. I'm 81 years old; I'm pretty damn good health-wise. I was talking to somebody this very day about some of the people we saw this weekend; they're not going to be here next year. It's been that way at every reunion, the reality of it. It's just part of getting older. You have to accept that, and it doesn't make it any easier.

"You wind up being thankful for the fact that you had those relationships all those years. It's the same way with a marriage. My wife passed away two-and-a-half years ago, two weeks before the last revival at Irwindale. There's no mystery to it. It's just Mother Nature at work.

"It still hurts to lose these people. That's one of the main things we're trying to do is pay honor to them. Either mention their name or having their car there, that someone may have restored. The Kuhl/Olson car, the Warren, Coburn and Miller car. There's a lot of cars down that Cackle road that were made famous, but people are no longer there. In a way our deal is a little like a mobile museum."

And with the help of his daughter, Cindy Gibbs, Ron Johnson, Tim Huddleson, and countless others who have pitched in along the way, Gibbs doesn't plan to retire from his curator role any time soon.