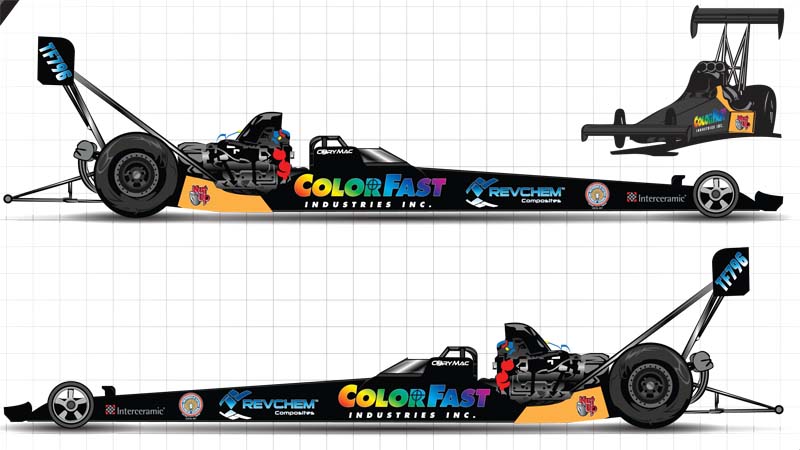 For the first time in nearly three years, veteran Top Fuel pilot Cory McClenathan will compete in an NHRA event.

Cory Mac, as he is known, is slated to drive for owner/tuner Dexter Tuttle in the AAATexas FallNationals at Texas Motorplex in Ennis, Oct. 4-7.

“This was a last-second deal,” McClenathan said. “Our last Nitro Outlaw Association race is Oct. 13 at the Texas Motorplex. So, Dexter called me and said ‘You know what we could use a test session, and we can go out and try and get it qualified on 80 (percent nitro, which is the Nitro Outlaw rule). If we need to adjust a little bit to try and make it quicker because now there are 20 cars entered, we will. We have our work cut out for us. We are the small dog out on the porch and all the big dogs are out in front of us.

It is little bit tougher on 80 percent (nitro) to get the right ETs, but we would really like to stick with the 80 and really get some decent numbers out of it and then we could go on and use that the next weekend, but at the same time because of Dexter’s competitiveness and mine, I know he’s going to bring the things that we have that he ran 90 percent with. I would like to get in on 80 percent and prove that we can do it on 80 percent and not hurt a lot stuff.”

The last time Cory Mac competed in an NHRA national event was the season-ending race in Pomona, Calif., in 2015. He also was driving for Tuttle back then.

McClenathan has won 34 career Top Fuel national events, the last coming in Seattle in 2010 when he was behind the wheel for Don Schumacher Racing. McClenathan has finished second in NHRA’s Top Fuel world standings four times in his career – 1992, ’95, ’97-98.

“I’m excited about it,” he said about competing in an NHRA national event. “I didn’t realize it has been three years. Time goes by so quick. When you do it as long as I have been out there, all my friends are there. All the people I grew up around and all the guys I raced with. They are still out there, but obviously some new kids. I’m looking forward to going toe-to-toe with everybody. If we can get a car to go A to B, which normally Dexter’s car does pretty well, and you have seen it this year with those one-car teams, someone slips up and the next thing you know they are in the final.”

Cory Mac also is still competing in the Lucas Oil Off Road Series in a Pro Lite truck for Dave Winner.

McClenathan also is enjoying himself competing in the inaugural season of the Nitro Outlaw Association. He’s the points leader with the one race left.

“It has been a blast,” McClenathan said. “It’s laid back. I think we need to improve on it in a couple different areas as far as just getting a few more guys to come out and try it. It’s geared for the lower buck teams or for the teams that really can’t afford and go out and spend $50,000 a weekend. It’s like Dexter and I both say, we would love to be in a full-time Mello Yello (NHRA) deal, but we can’t unless we get the funding to do it the right way.”