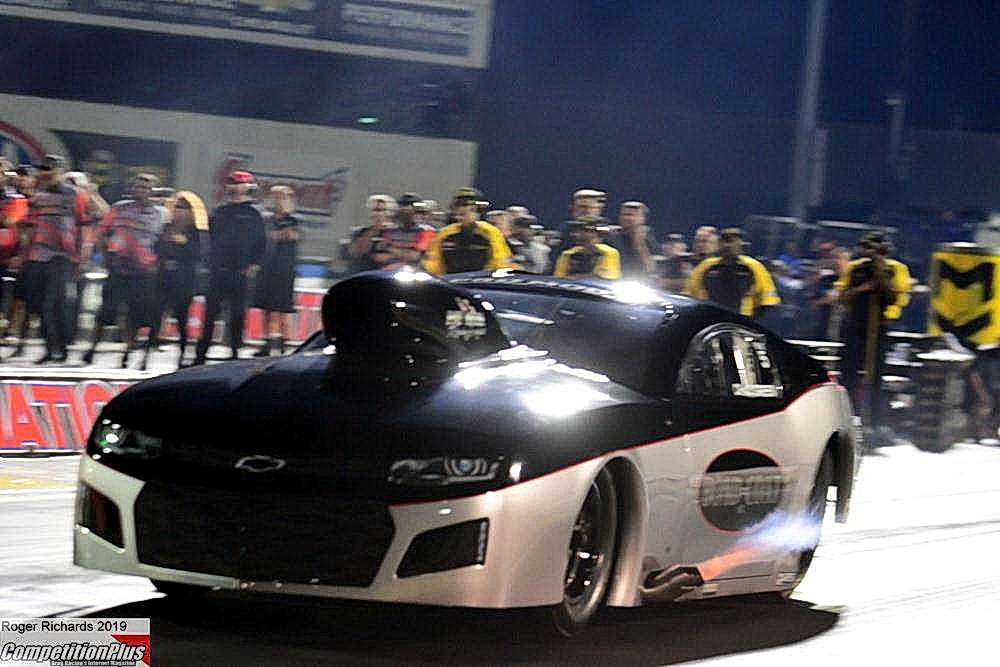 Following a horrific, high-speed crash during the fifth and final round of E3 Spark Plugs NHRA Pro Mod Drag Racing Series qualifying at the 65th annual Chevrolet Performance NHRA U.S. Nationals, Chad Green was transported by ambulance to Indiana University Methodist Hospital where he awaits surgery to address an upper back injury.

“First off, the support we’re getting from the racing community has been overwhelming,” said Pat Musi, who has served as crew chief for Chad Green since the Midland, Texas-based driver started laying the foundation for his NHRA Pro Mod debut in 2018. “To everyone who’s offered to drive the rig, came by the pits and helped us load up, offered their well wishes – thank you. We truly appreciate it.”

Musi continued, “Right now, we’re focused on getting Chad on the mend. He’s with his family – his mother and father have flown in – and his kids were by his side all night. He’s alert, talking, knows what’s going on and what happened. The doctors have gotten his pain under control, and he’ll be going into surgery this afternoon.”

“It’s our hope to know more and have more details later today and, of course, over the course of the next few days, weeks and months,” said Petersen. “Chad and his family are so very grateful for the outpouring of support – phone calls, texts, emails. We’ll do our best to keep our racing family and fans updated throughout this process.”