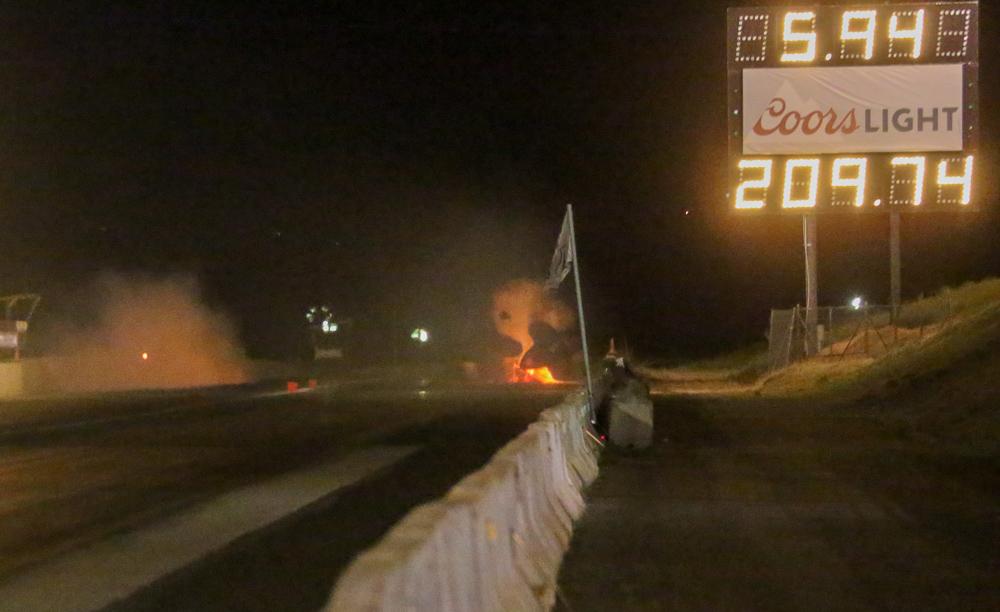 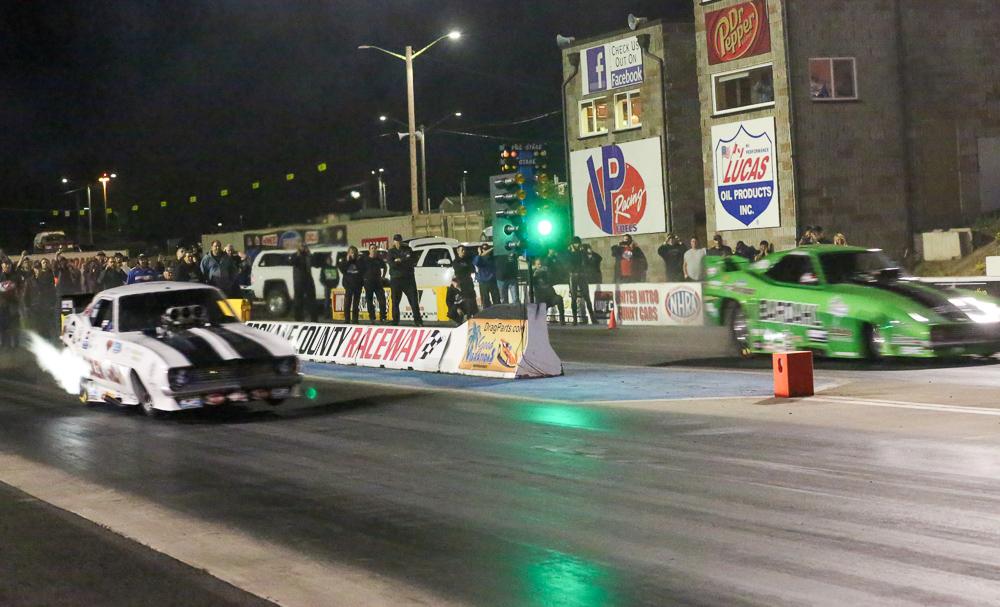 Cottrell, starting from the No. 2 qualifying position, and behind the wheel of the Austin & O’Brien “Northwest Hitter” Camaro, took out No. 1 qualifier and 2018 Legends of Nitro Rookie of the Year driver Billy Morris.

“We had a great event in Spokane; our team worked their butts off,” Cottrell said. “This UNFC season has already proved to be a huge challenge with the caliber of teams that are coming to the plate. Can’t wait to get suited up in Seattle.”

The Spokane final was chock full of excitement as Cottrell won the starting line battle, and parlayed the quick start into a 5.789 winning elapsed time at 242.65 miles per hour. In the other lane, Morris had some excitement of his own as a fuel system failure transformed his “Problem Child” Camaro AA/FC into a ball of flames.

Morris reported no injuries from the incident.

Cottrell now holds a slim one round advantage over Tucson winner Ryan Hodgson. Morris climbed into third place going into the second of a UNFC doubleheader this weekend at Pacific Raceways’ Summer Nitro Challenge, where a dozen nitro funny cars are expected to compete.