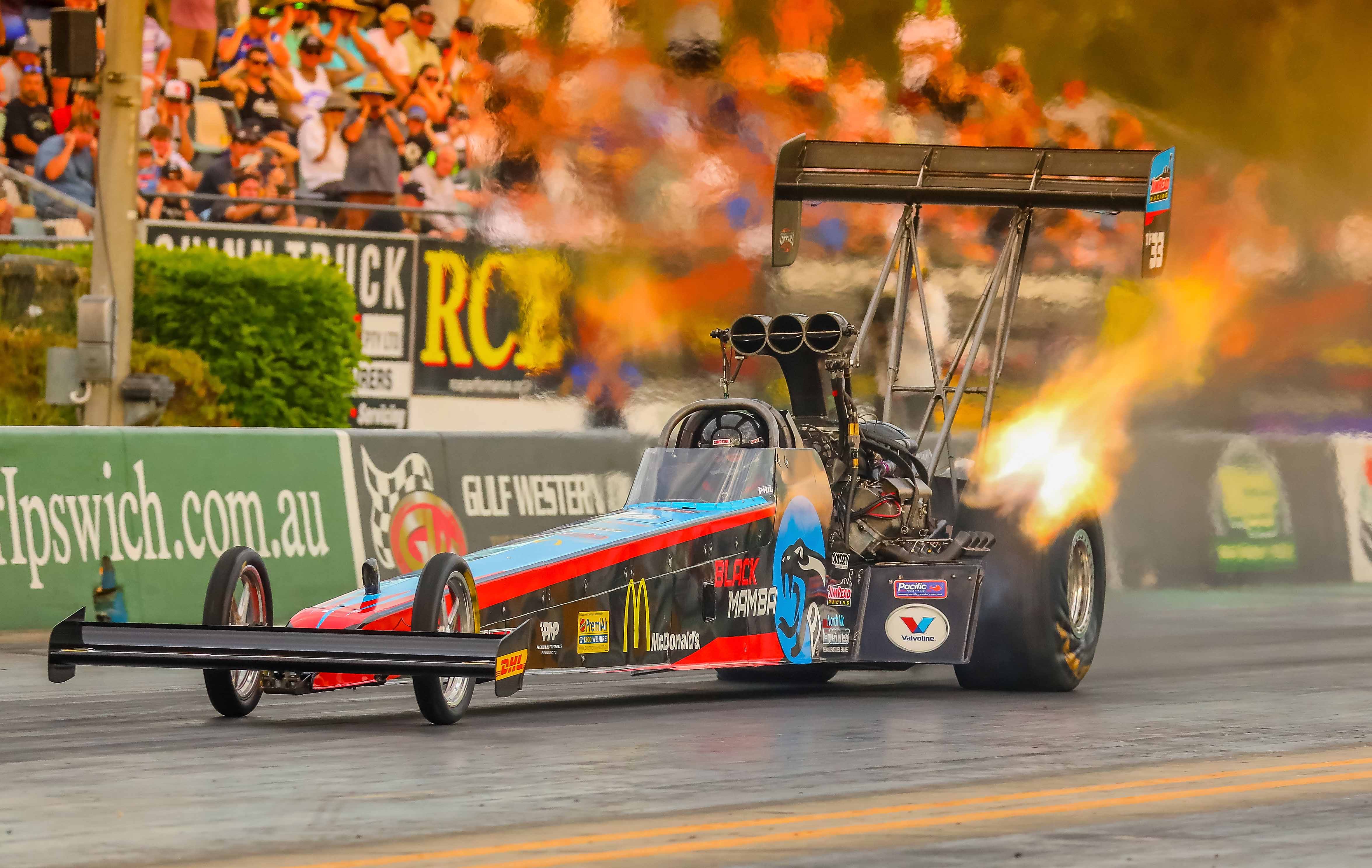 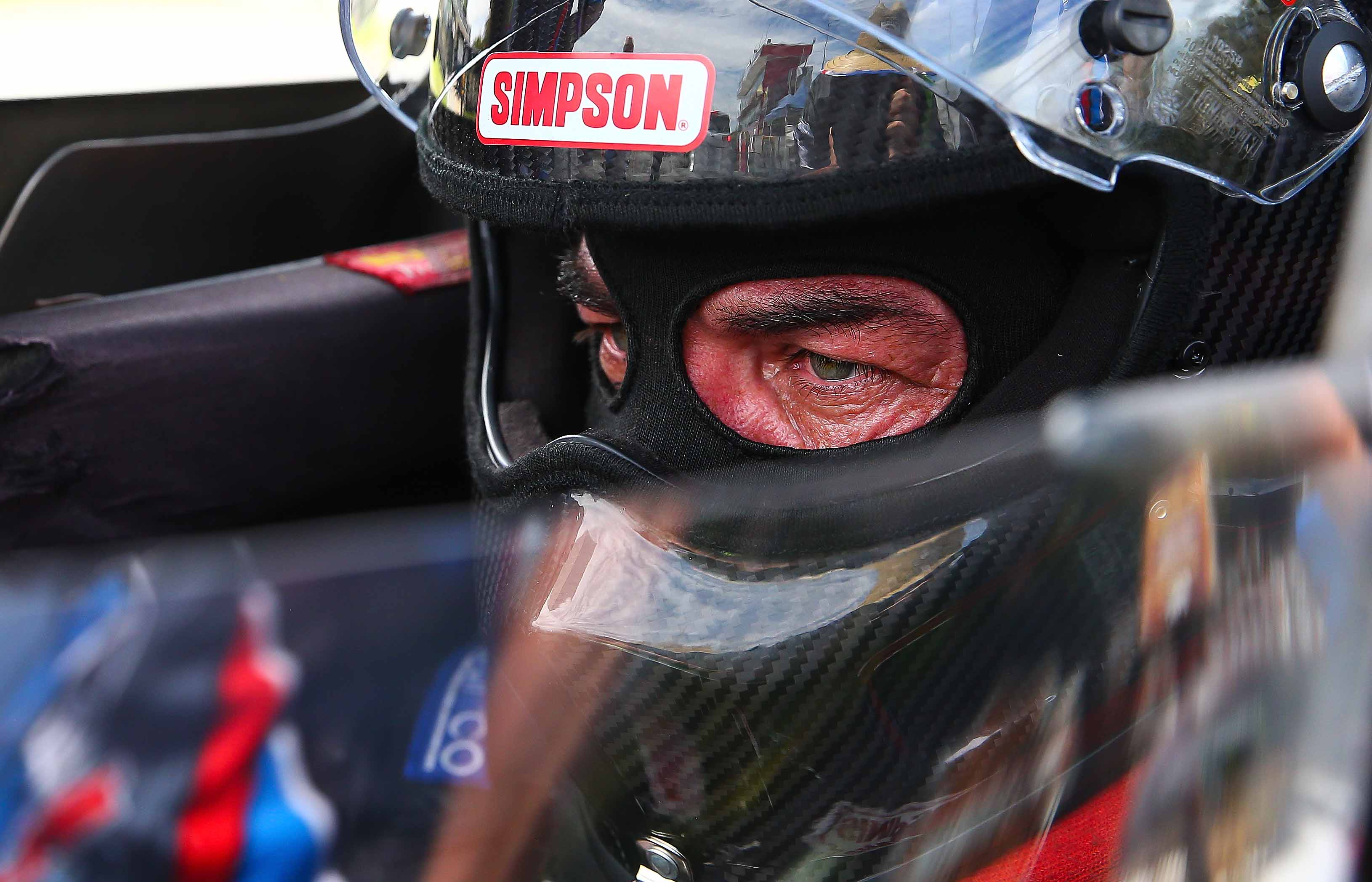 After several years in the wilderness Sydneysider Phil Read has emerged as a serious contender to break the monopoly that Rapisarda Autosport International and Lamattina Racing have on Top Fuel racing in Australia.

Read, a three-time national champ, made a low key return to the fuel ranks at the opening round of the 2018-19 season in November then two weeks ago, at Willowbank Raceway, stepped up with a strong performance to finish fifth overall. His second-round win over RAI ace Wayne Newby was a highlight of the meeting

“We struggled in the first event of the season when we kept breaking old blower belts,” said Read. “We don’t have the latest and greatest equipment. We had stuff that had been sitting in the shed for around three or four years getting old and brittle. At Willowbank, on our first run, we had a fuel pump malfunction and blew the tires off. We had Ashley Sanford covered until we dropped a cylinder and started to shred the belt. Then in round two, it all started to come together. We ran second quickest of the round and were really unlucky to miss making final by .078 sec.”

Read races for his father’s team Jim Read Racing, one of the most highly decorated teams in the history of the sport in Australia and his car christened “Black Mamba” is tuned by his elder sibling Bruce.

Long-time family friend and ex-Kalitta crew chief Jim Oberhofer has been on hand to provide what Read has called a ‘different set of eyes’.

"We don't have the latest and greatest equipment," said Read. "In fact, Jim O hasn't seen a lot of our stuff since he raced with Hillary Will here in Sydney over a decade ago. Bruce has a set of parameters that he works within and Jim O brings a whole different perspective to the situation. Bruce is switched on and what we have got now is a different set of eyes looking in different areas.”

The team returns to the track for the Santo‘s Summer Thunder meeting at Sydney Dragway, January 18, 19.

“This weekend we will have a more responsive car. Jim O has stayed in Australia after the Willowbank meeting and has been working alongside Bruce. He said to me ‘you’re reacting to the car but the car is not reacting to you and that’s where we can make a difference.’ We’re racing 1000 foot here in Australia and how you get the car off the line is often the difference between a win light and packing up early. The Rapisarda and Lamattina’s have dominated the sport but Jim Read Racing is back in town and ready to win,” said Read. 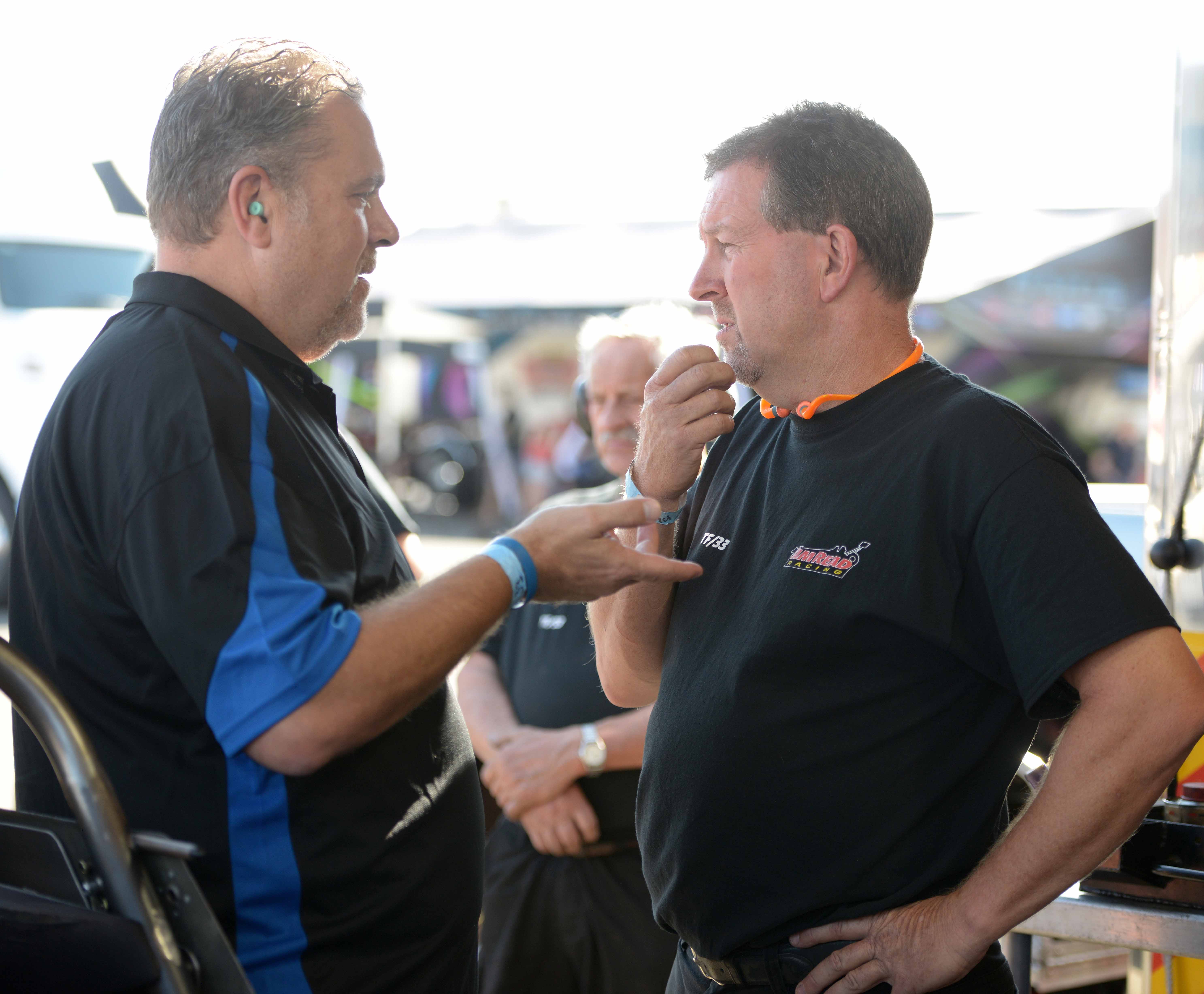