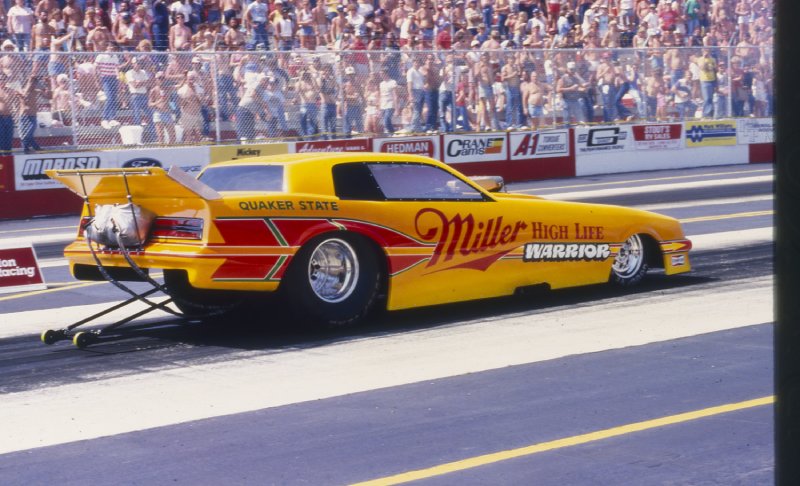 In 1985, the world of professional Funny Car racing was in full swing with competition in the NHRA, IHRA (with only floppers and no Top Fuel) and to a lesser extent the ADRA (American Drag Racing Association, formerly AHRA) where mostly every other entry was a Firebird or a Mustang.

Pulde dared to be different.

LEGENDS: THE SERIES - THE LEGEND OF PAT MUSI 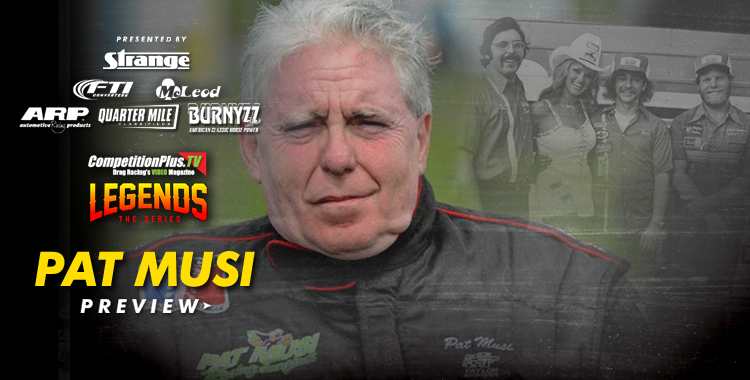 STORYTELLERS WITH MIKE ASHLEY: DID HE JUST RUN 211 THRU THE GRASS? 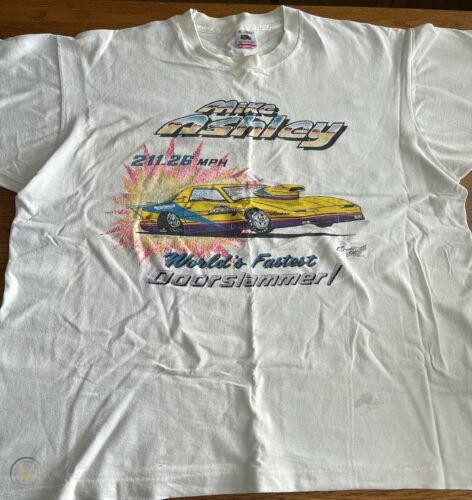 In those days, long before the internet, much less social media, Ashley’s bold moves barely made a ripple in the growing sea of the doorslammer world. 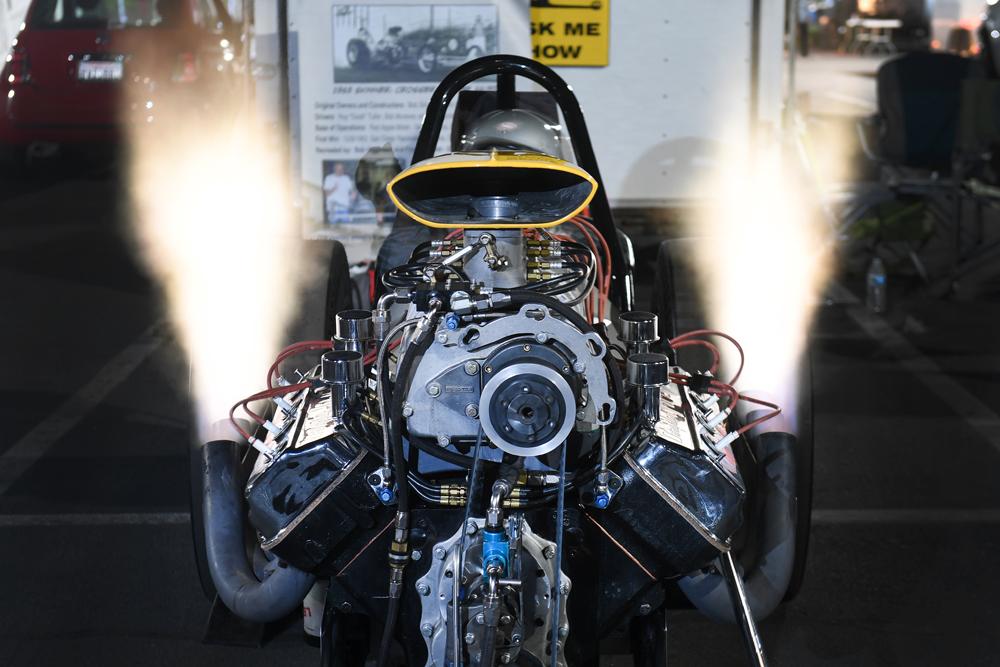 The term Cacklefest is one that Steve Gibbs or anyone outside of the NHRA cannot formerly advertise with his Nitro Revival out of trademark reasons, even though he's the one who made the practice famous amongst those celebrating the history of drag racing.

The name might be trademarked, but the practice isn't.

Every year at Gibbs' Nitro Revival, a good number of vintage race cars line the racing surface at Irwindale and participate in the ritual of firing their nitro-burning engines and letting them idle with an occasional throttle whack. They simply sit there and cackle, just like in the good old days.

Video artist Les Mayhew captured the spirit of this practice in a video feature. Turn up the sound, you're going to be mesmerized.

TAKE A TRIP BACK IN TIME: TOP FUEL RACING IN THE 1970S VIDEO 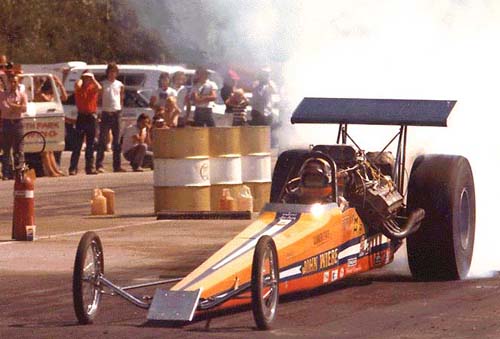 The 1970s was the decade of transition for the Top Fuel dragsters. Of course, there's the obvious where the engines went to the rear from the front. But there are little tidbits we picked up on along the way, such as a crewmember adding nitro to a dragster's tank while running after the burnout.

There are the cameos by Buster Couch showing he was more than the starter, but a champion for the racer as he pushed Don Garlits back from the burnout in his triumphant return victory. A few years later, Couch sticks his head in the cockpit to inform Pat Dakin he has a single, with a cigarette dangling from his mouth. Then, after Garlits wins Pomona, there's the random person who runs on the track in celebration. How about a shirtless Top Fuel racer or two once they remove the fire jacket?

There's the advent of the female Top Fuel driver with Shirley Muldowney and the men who hated to lose to her. None hated it more than Don Garlits, with Richard Tharp, the 1976 NHRA champion coming in a close second.

There are all kinds of gems in this compilation that will leave you scratching your head and wondering, "How didn't we kill a driver, media or race fan." 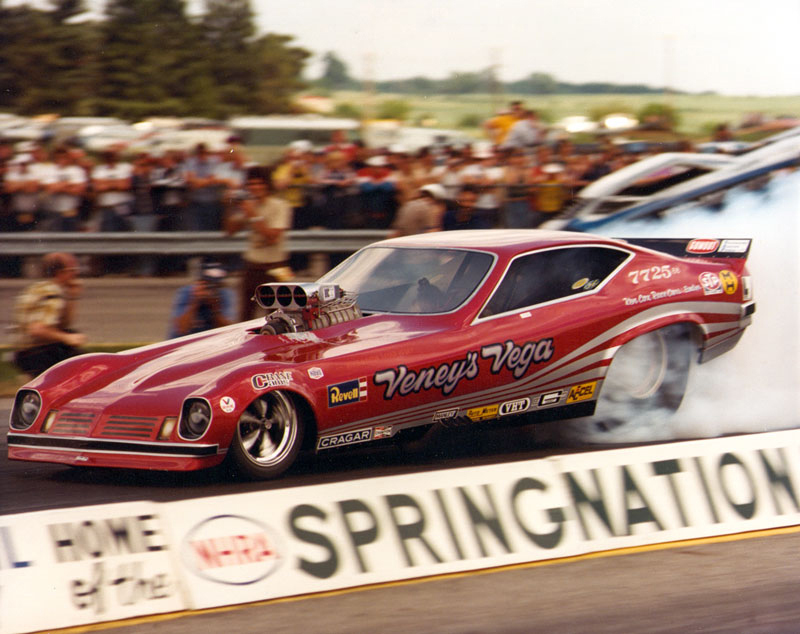 Pro Comp eliminator had all the makings of a marriage that was doomed from the start.

The Pro Comp concept had all the makings of a great concept on paper, but in reality the classification is one that became

Pro Comp was a star destined to shine, a bridge covering the colossal gap which existed between sportsman racing and the nitro-burning division.

The semi-professional division was actually a salve to ease the sting of losing Top Gas eliminator earlier in the season while elevating many of the “overqualified” Comp eliminator entries.

The 1974 season was one where the NHRA was on the edge of the so-called good old days and a new era of corporate involvement. It also became known for the year the NHRA would face the effects of a worldwide energy crisis.

This season also featured the emergence of second-year Top Fuel phenom Gary Beck and the introduction of U.S. Army sponsorship with Don Prudhomme.

Before 1974, the season champion was determined by the winner of the World Finals event.

STORYTELLERS WITH PAT MUSI: YOU THINK I DID THIS TO MYSELF?

Storytellers, the entertaining series created by the producers of Legends: The Series, allows drag racing's legends to tell their stories of the good old days for drag racing.

Idle hands are the devil's workshop, and when the IHRA decided to run a race on the pit road at Pocono Raceway, a rainout turned out to be the devil for Paul Gant.

Understand that Pat Musi and Roy Hill these days are not the same people they were back in the late 1970s. With the race rained out and no place to work on their cars during the torrential downpours, a handful of the Mountain Motor Pro Stock racers engaged in a friendly fire extinguisher war. All's fair in love and war, and when it comes to pranking, the Musi and Hill pairing was as brutal as it got.

We'll let you know; this one is on the edge of our PG-13 standard but you will die laughing if you can envision the situation. 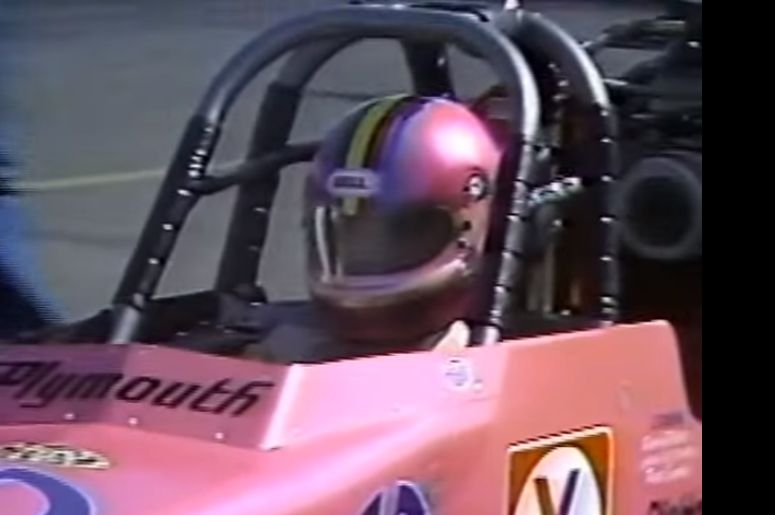 The second year of the NHRA World Finals at Orange County International Raceway produced this gem. Sit back and watch as NHRA championships were clinched by Shirley Muldowney, Frank Hawley and the late Lee Shepherd. Enjoy the golden tones of Dave McClelland and Steve Evans as they call the action. 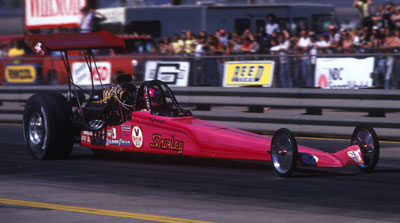 Take a trip back in time when two of the three professional divisions had championships go down to the wire. This coverage appeared on NBC's Sportsworld, one of three sports variety shows which thrived before the advent of 24-hour sports cable television shows.

In Top Fuel, Shirley Muldowney had to fight off multiple drivers for a chance to win her second NHRA championship at the final race hosted by Ontario Motor Speedway.

The race coverage was broken down into two episodes with one focusing on Top Fuel and the other on Funny Car and Pro Stock. This second part of the video features the historic Pro Stock championship battle between Bob Glidden and the late Lee Shepherd. Ron Colson wins in his final Funny Car race.