THE POWER WHEELSTANDERS ARE BACK 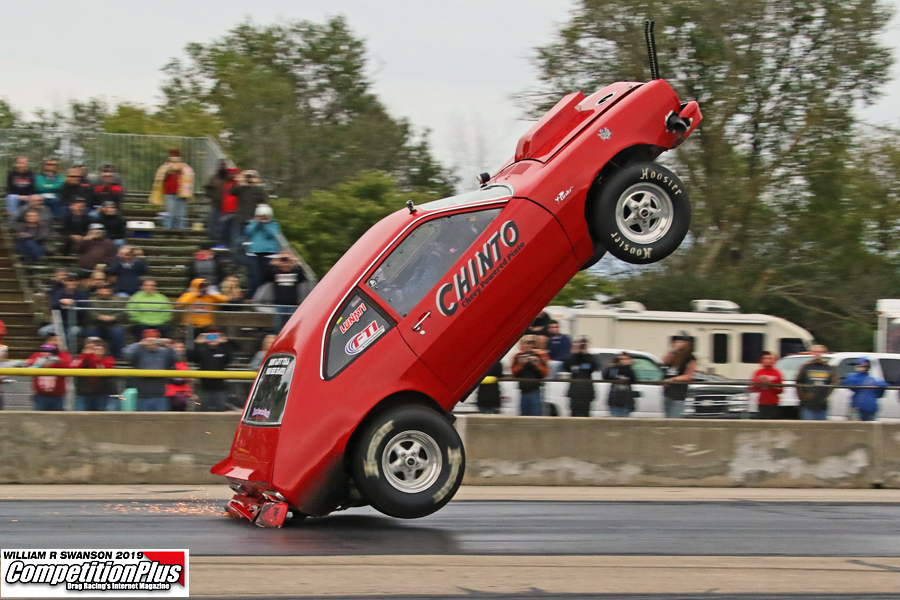 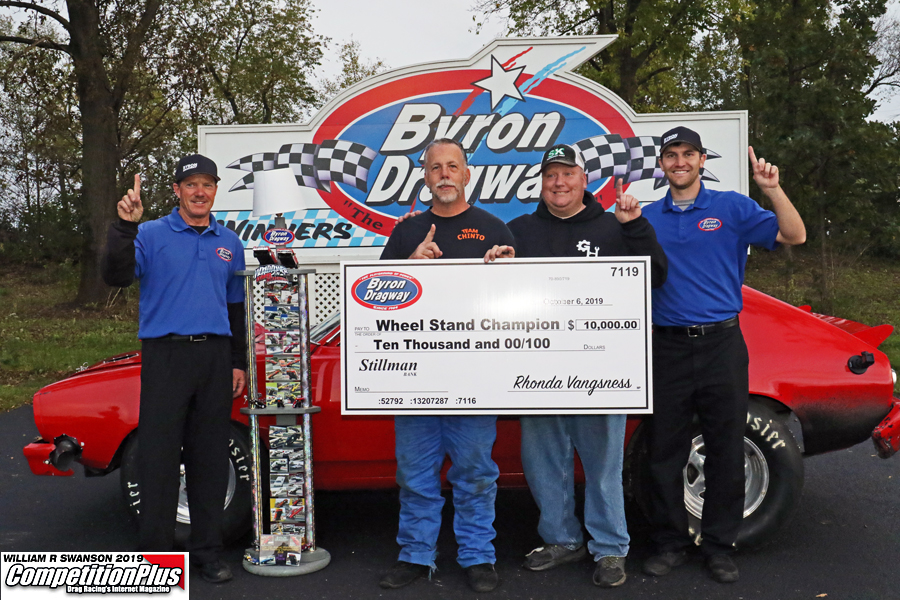 Pearce, a first time World Power Wheel Standing Champion, previously earned the award for Highest Wheel Stand in 2016 and 2017 in his small block Chevy powered "Chinto" Pinto. He prevailed over a murder's row of several past champions and new contenders, seventeen entrants in total

After leading the field with an impressive 500-foot pass in Round 1, Pearce again ran in the middle of the Round 2 order.  When the tree came down, the "Chinto" stood on its bumper with all four tires off the ground out to the 100' mark. When the Pinto began to drop its nose, Pearce goosed the throttle and had all four tires off the ground once again at 200'. From there he carried it to 590 feet in a shower of sparks upon landing.

Remaining contenders that followed simply did not what have what it took to overcome Pearce's long wheelie. That earned Team Chinto the $10,000 Champion's Check and the hand crafted "Wheelie King" Trophy from Byron Dragway's B.J. Vangsness and Randy Simpson.