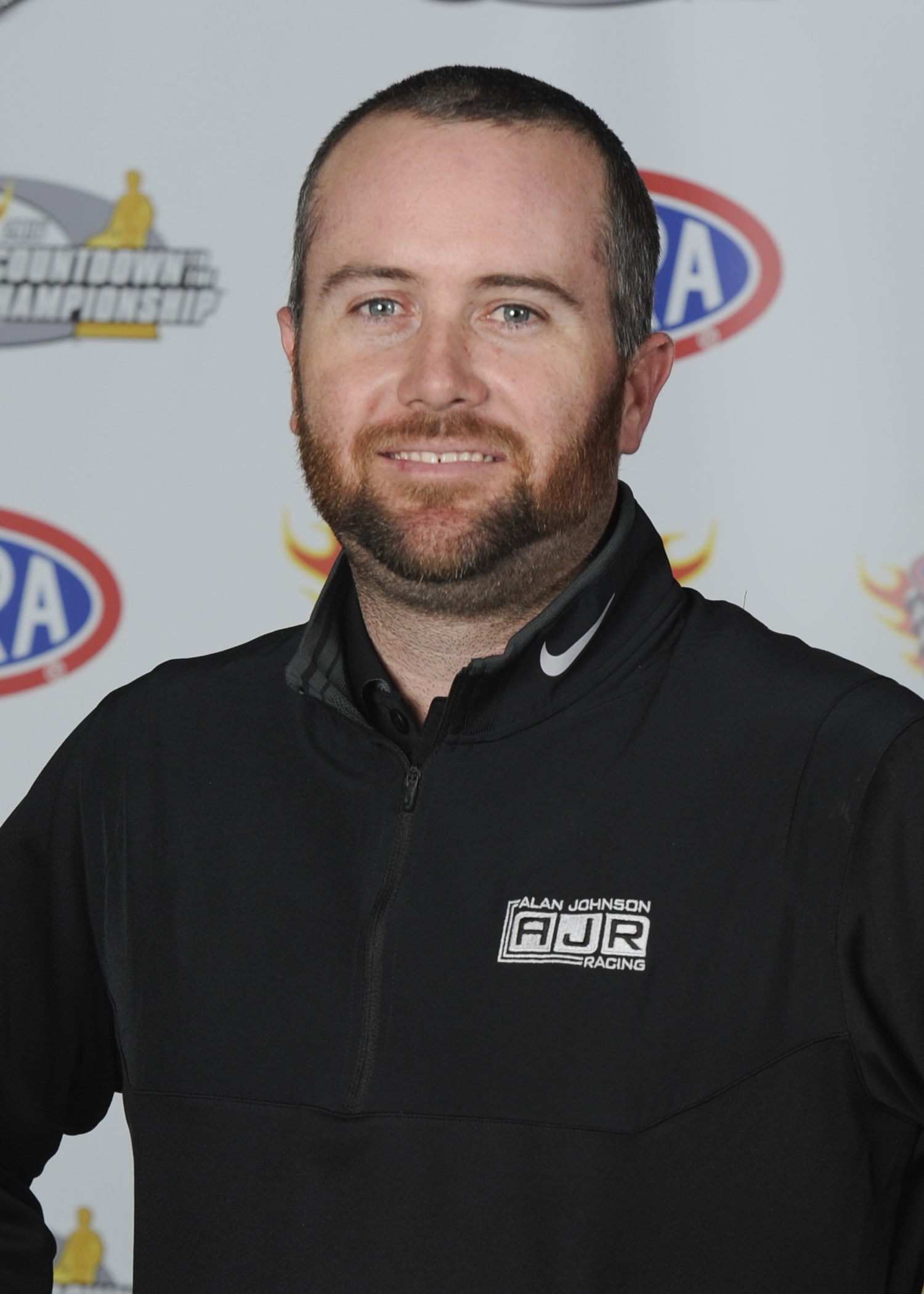 Shawn Langdon has been hired to drive full time in 2016 for Don Schumacher Racing in the 2016 NHRA Mello Yello Drag Racing season and that gives DSR a world champion in the cockpit of each of its three dragsters.

Langdon joins teammates Tony Schumacher and Antron Brown in the DSR lineup, a trio that has combined to win the last four NHRA Top Fuel world championships; Brown (2012 and 2015), Langdon (2013) and Schumacher (2014).

Langdon, 33, competed for DSR during the six-race 2015 Countdown to the Championship playoff on loan from Alan Johnson Racing after that team suspended its operation at the end of the 16-race regular season due to a lack of sponsorship.

Langdon joined DSR's Sandvik Coromant/Red Fuel Powered by Schumacher team with crew chiefs Todd Okuhara and Phil Shuler and closed the season by winning the NHRA Finals title at Pomona, Calif., for his first win with DSR and the second of the year for the Red Fuel team that ended the year ranked sixth and just one point out of fifth.

"After Pomona last month, Alan and I sat down and discussed 2016 and beyond," said Langdon, a native of Mira Loma, Calif., who lives in Avon near Indianapolis. "Alan and I decided it was in both of our best interests to go our separate ways. That was tough. I had a great three years with Alan, Alan Johnson Racing and being part of the Johnson family. I'll have special memories for the rest of my life."

A new chapter opens at DSR as Langdon will become the seventh driver to compete in Top Fuel for the seven-team organization since its inception in 1998. "We are adding one of the best drivers in our sport and a quality young man to our lineup and nothing could make me happier," said DSR owner Don Schumacher. "He's a second generation driver from a great family and who fits in perfectly here."

Langdon, who owns 12 NHRA Mello Yello event titles, will receive sponsorship from DSR ProSeries, Schumacher Electric Corporation's professional brand of battery chargers and jump starters that deliver performance and reliability in any heavy duty application, along with continued support from Sandvik Coromant. Langdon also will continue to be a Toyota Racing driver.

"We've watched Shawn from his first days in Top Fuel and knew he would be a champion one day," Don said. "I really got to know him at the end of this season when Alan Johnson allowed him to join us for the Countdown so both would have a chance to win another world championship.

"You couldn't ask for a driver to interact better with his team and everyone at DSR. He is just a class act. He wanted to win a race so badly for the Red Fuel team and I was thrilled when he pulled that off at the Finals with Todd and Phil."

Langdon is the only driver in NHRA history to own world championships in Top Fuel (2013), Super Comp (2007 and 2008) in Sportsman competition and the Jr. Drag Racing Series youth program (1997).

"I'm very excited about this new chapter in my life," he said. "Don gave me the opportunity to race with DSR in the Red Fuel/Sandvik car at the end of this season so I got a taste of racing for DSR. It was perfect to end the season the way we did at Pomona in the Finals. Hopefully that's a sign of what's to come in 2016."